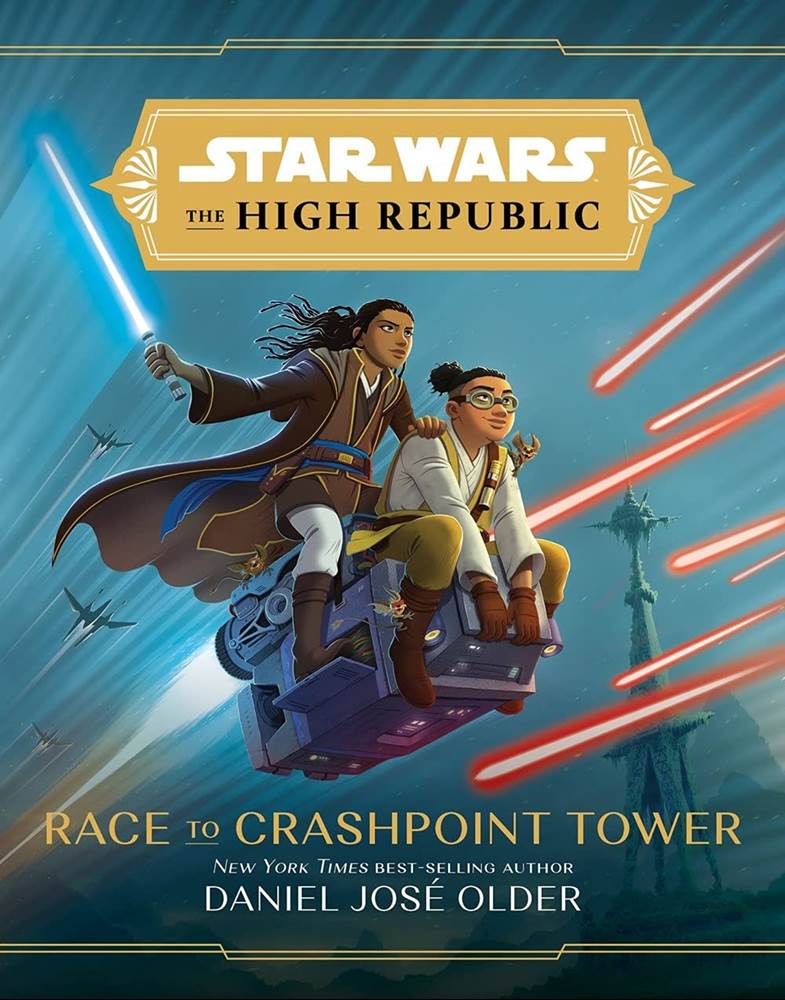 When the second wave of novels in Lucasfilm Publishing’s ambitious multi-platform initiative Star Wars: The High Republic was announced, in no way did I anticipate the middle-grade entry being my favorite of the three new books. 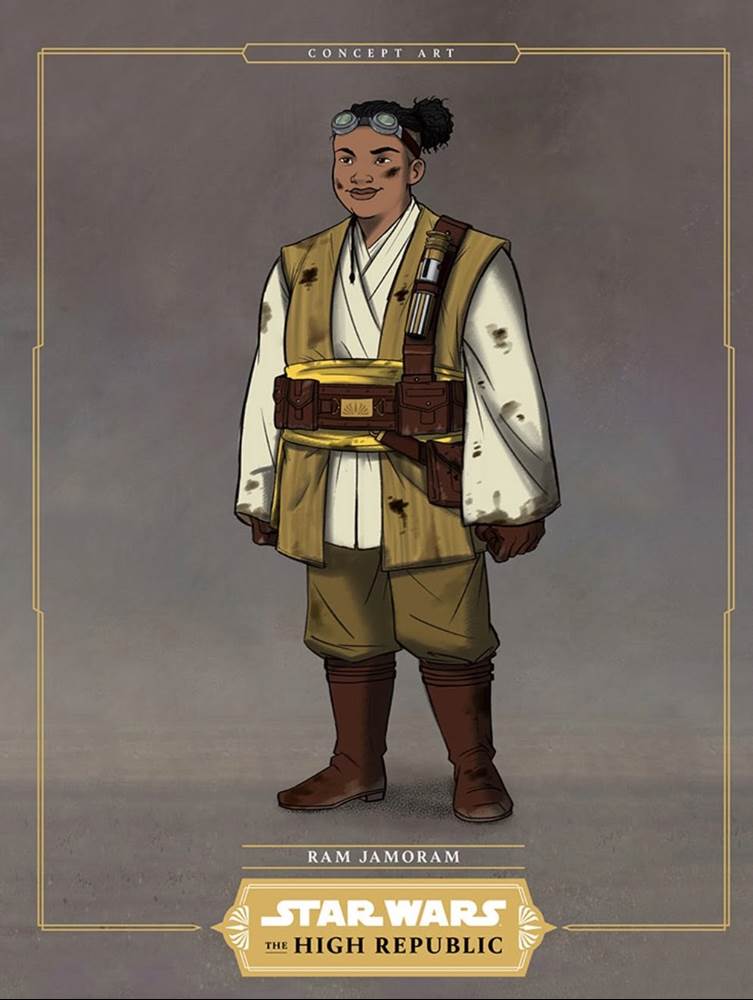 Race to Crashpoint Tower follows Jedi Padawan Ram Jomaram, stationed on the planet Valo where the Republic Fair is set to take place. Ram prefers tinkering with mechanical things like speeders and droids to other Jedi pursuits, but gets swept up in an adventure packed with action and intrigue when he discovers that the local communications tower has been sabotaged by the menacing band of evil marauders known as the Nihil. Meanwhile, another Padawan named Lula Talisola (continuing her trajectory from Older’s Star Wars: The High Republic Adventures series of IDW comic books) tracks the Nihil from Trymant IV to their base on desolate moon where she and Jedi Knight Vernestra Rwoh– briefly borrowed from Ireland’s books– uncover the raiders’ imminent plan to attack the fair.

Lula and her non-Jedi but Force-sensitive friend Zeen Mrala wind up on a collision course with Ram as they all converge on Valo to put a stop to the Nihil’s plot– or at the very least help the Republic and the rest of the Jedi fight off the pirates by reconstituting the comm tower, allowing the forces of good to coordinate with each other once again. Older cleverly uses this story as a companion piece to The Rising Storm, filling in gaps in that novel’s chronology and overlapping with some of its characters’ paths in interesting ways. For example, rogue Force user Ty Yorrick met Ram Jomaram in a jail cell in Cavan Scott’s book, and here we get to see the opposite side of that encounter, helping it make more sense and giving it further context by delivering that same beat from a different perspective.

It also helps that Race to Crashpoint Tower clocks in at a breezy two hundred pages and doesn’t waste any time getting to the point. These Padawans identify the problems they must overcome and swiftly set their solutions into motion, dealing with obstacles along the way. I still have minor nitpicks with Daniel José Older’s occasional use of modern-day slang that doesn’t quite fit well into A Galaxy Far, Far Away, but overall I found that his punchy writing style worked perfectly for pretty much everything this middle-grade book is trying to achieve. It’s intended to be a fun, lively undertaking aimed at younger audiences, and it absolutely delivers on that promise. There are some somber moments as well, such as when the protagonists realize the gravity of the larger situation they’re facing, but that only serves to cement the importance of Ram and Lula’s mission. Beyond that, this is a relatable story about young people finding their individual roles in a historical struggle and how even offbeat skills can come in handy in life-or-death situations. And, perhaps most importantly, it just feels like Star Wars. 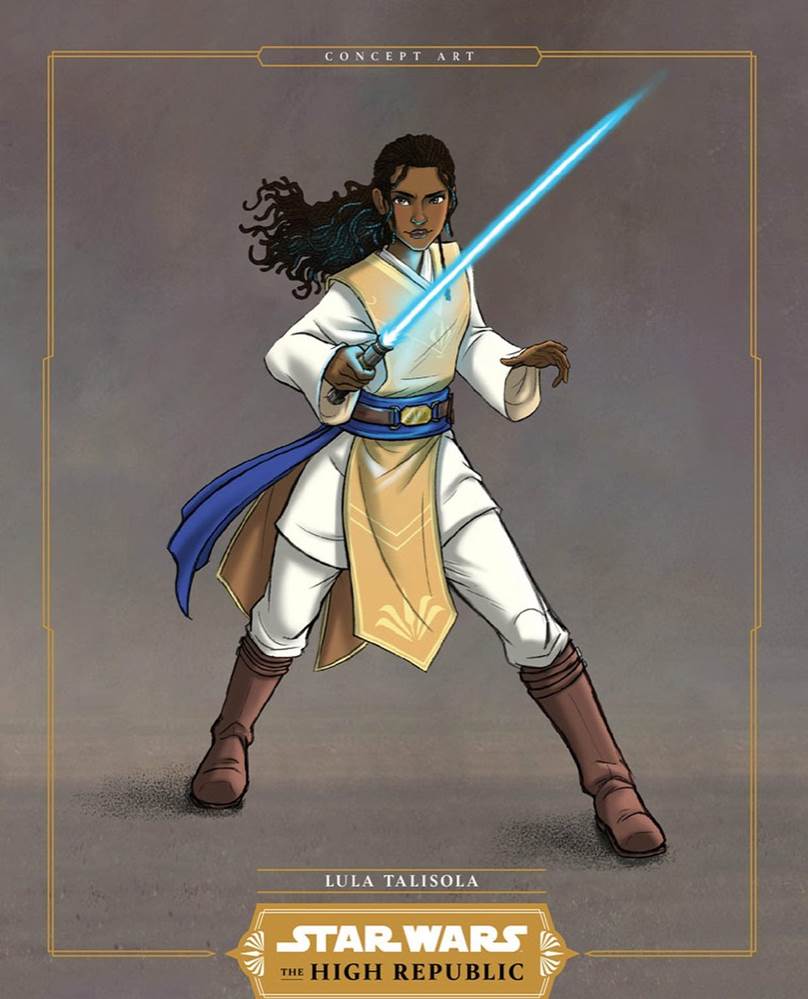 Star Wars: The High Republic – Race to Crashpoint Tower will be released on Tuesday, June 29, but is available for pre-order right now.