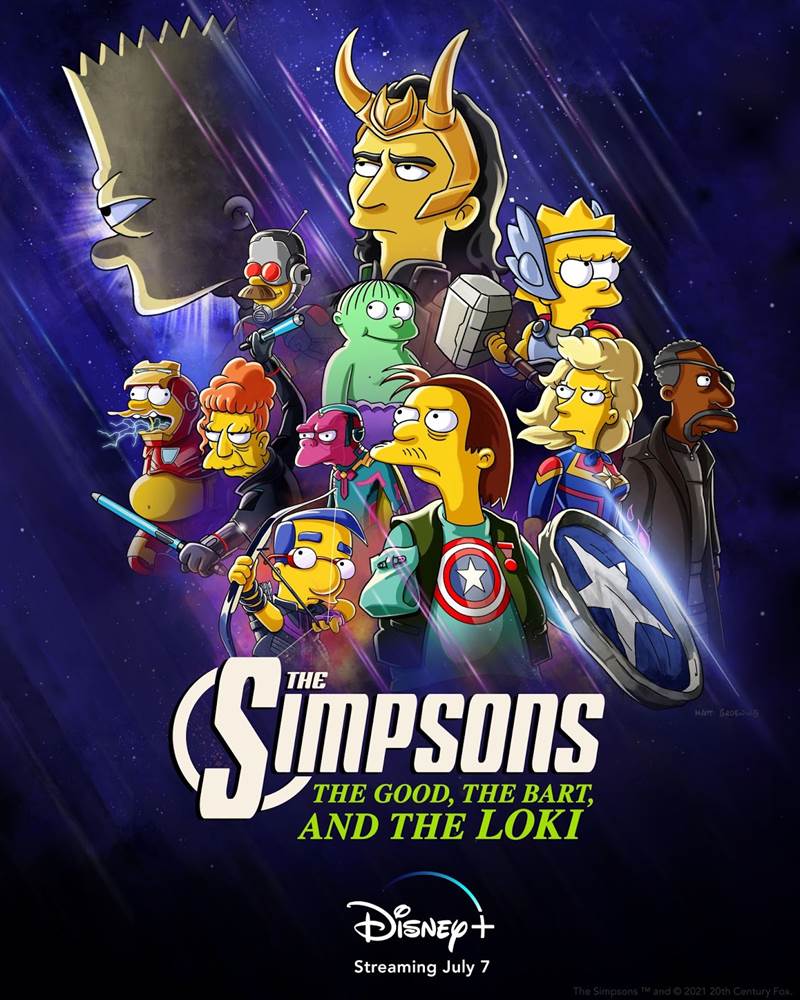 “This is what happens when Disney buys Marvel and Fox.” So says a sign held by The Simpsons character Rainier Wolfcastle (dressed as Ant-Man) as the “Springfield Avengers” descend on the Simpson family’s front lawn. It’s a funny, fourth-wall-breaking gag near the beginning of the new Disney+ exclusive animated short The Simpsons: The Good, the Bart, and the Loki— released on the same day as the penultimate episode of Marvel Studios’ Loki series. I’d point out the obvious corporate synergy, but the writers of this short already took care of that for me.

But when I say “near the beginning” of The Good, the Bart, and the Loki, I also mean near its end, because the short is indeed very short and– as any good Simpsons parody of the Marvel Cinematic Universe would be– at least half of it is made up of mid- and post-credits sequences. Prior to that, the extremely rudimentary plot of this amusing trifle involves Loki (voiced by MCU regular Tom Hiddleston, of course) being banished from Asgard once again, only to find himself face-to-face with Bart (Nancy Cartwright), Lisa (Yeardley Smith), and Homer (Dan Castellaneta) in Springfield– not quite New York or Paris, judging by the God of Mischief’s reaction.

Naturally, Homer immediately renounces all other gods when Loki demonstrates his ability to multiply pork chops, and Bart has the Asgardian send Lisa back to his home realm, where she discovers herself to be among the very few worthy of wielding Thor’s hammer Mjölnir. A confrontation back on Earth ends in a typical bit of deception on Loki’s part, and Homer’s willingness to look the other way in favor of his future plans to utilize the god’s pork-chop-generating powers. Then we cut to credits and our MCU-trained patience is quickly rewarded with a few bonus scenes, wherein we get to hear Hiddleston’s pretty spot-on Moe Szyslak imitation, see Ralph Wiggum (as the Hulk) smash Loki, and even pay a visit to the Time Variance Authority for some more Disney+ name-dropping meta humor.

It’s all in good fun and, like the Maggie shorts that preceded it, worth the few minutes it takes to watch. It’s nice to see these abbreviated efforts from The Simpsons team branching out into other possibilities and even including some voice acting from both the regular cast and guest stars.Transparently synergistic or not, I’d love to see more like this. 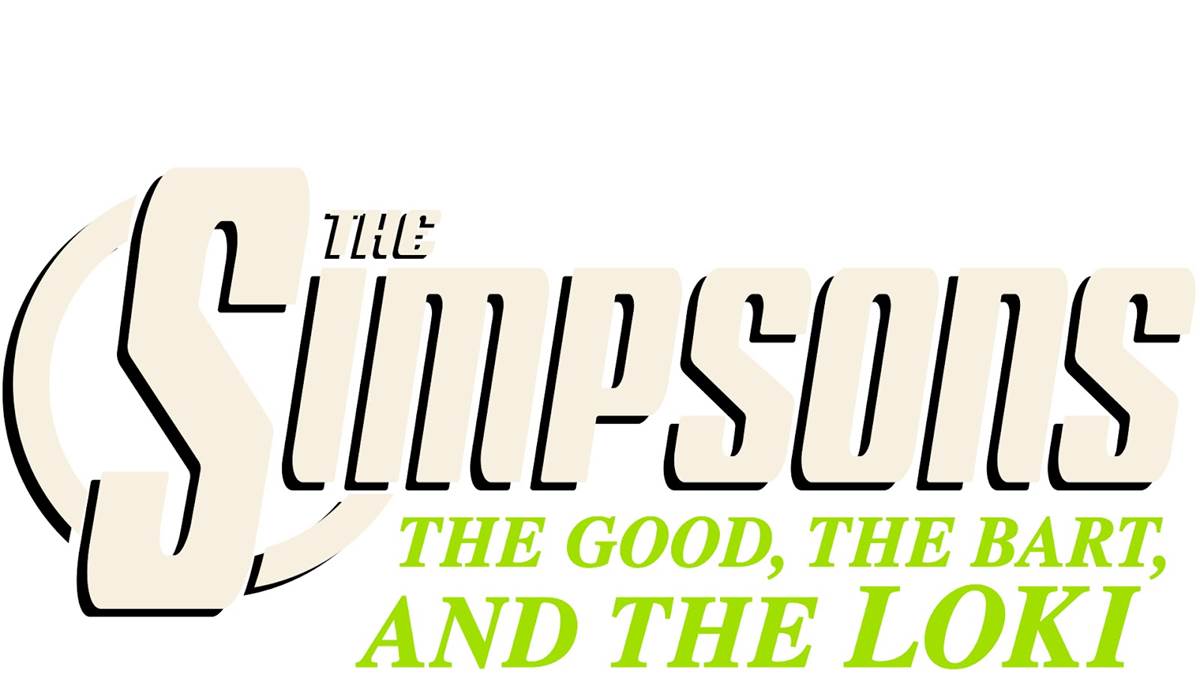 The Simpsons: The Good, the Bart, and the Loki is available to stream exclusively on Disney+.