Despite being one of the most instantly recognizable characters from the Universal Monsters franchise, the iconic character known as the “Bride of Frankenstein” surprisingly only ever appeared in one film during the classic era. For this year’s return of Universal Studios Hollywood’s popular Halloween Horror Nights event, the creative team has decided to follow up on that character by designing a maze inspired by an imaginary sequel entitled The Bride of Frankenstein Lives.

This week I was fortunate enough to participate in a tour of two Halloween Horror Nights 2021 mazes at Universal Studios Hollywood (see my other post about The Haunting of Hill House here) led by the event’s creative director John Murdy, and the second walkthrough we did was Universal Monsters: The Bride of Frankenstein Lives. 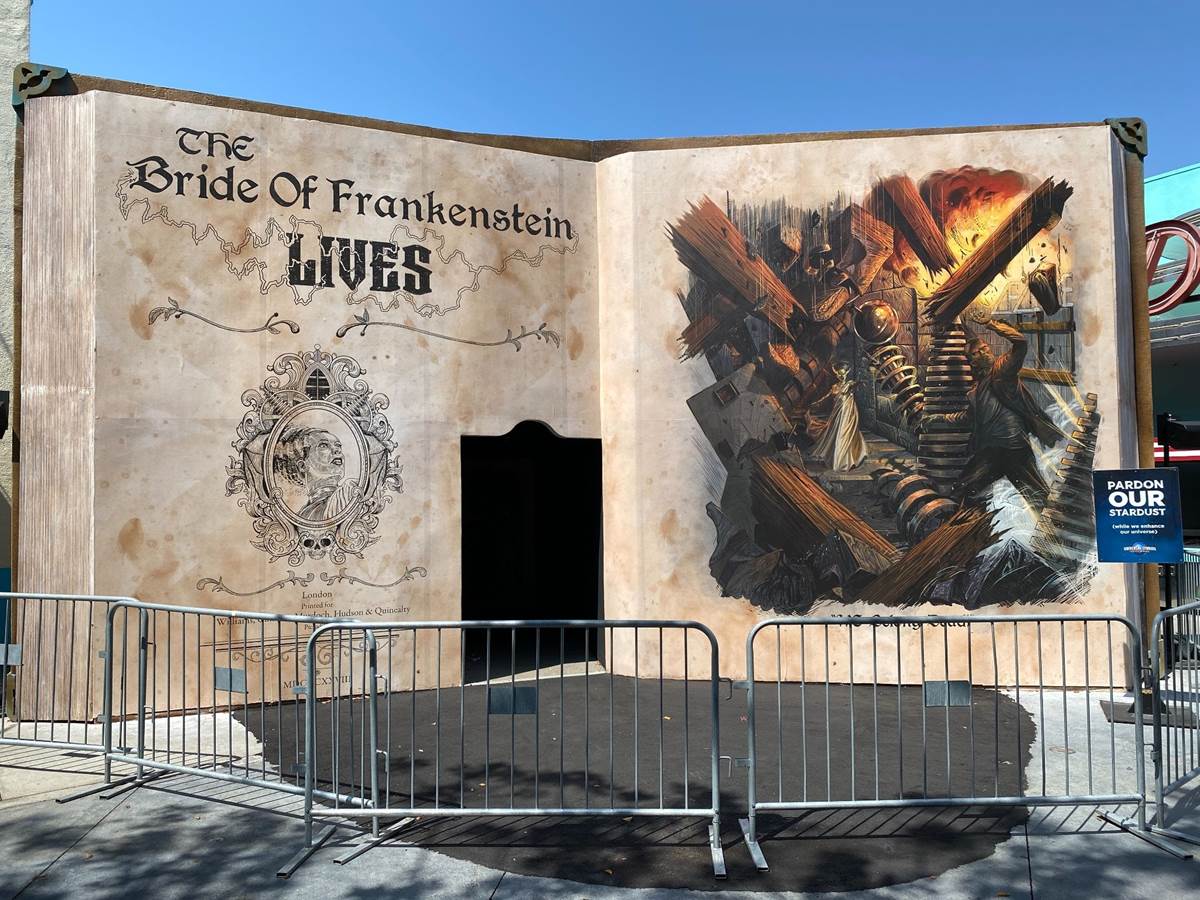 “[This is a] continuation of something we started in 2018, which was to bring the Universal Monsters to Horror Nights and make them a part of our event,” says Murdy. “There is no series of films that had a bigger impact on me personally than these movies. I saw Frankenstein when I was four and I felt so badly for Frankenstein’ Monster, because he’s treated so poorly in the film. I had such a strong emotional connection to those films, and my entire career I always sought to do something with the Universal Monsters. We had a really clear vision of what we wanted to do. I wrote a manifesto about how we’re going to do this– things are iconic for a reason. The creative impulse to make it all totally different needs to be tempered with that knowledge. That being said, we had to admit that what scared audiences in 1931 [might not] work for Horror Nights. What we settled on was taking each character, breaking them down to their essence, and finding the things that are intrinsically horrific about them. In the case of Frankenstein, we emphasized the more horrific aspects of what he is– a bunch of dead bodies stitched together and jolted back to life.” 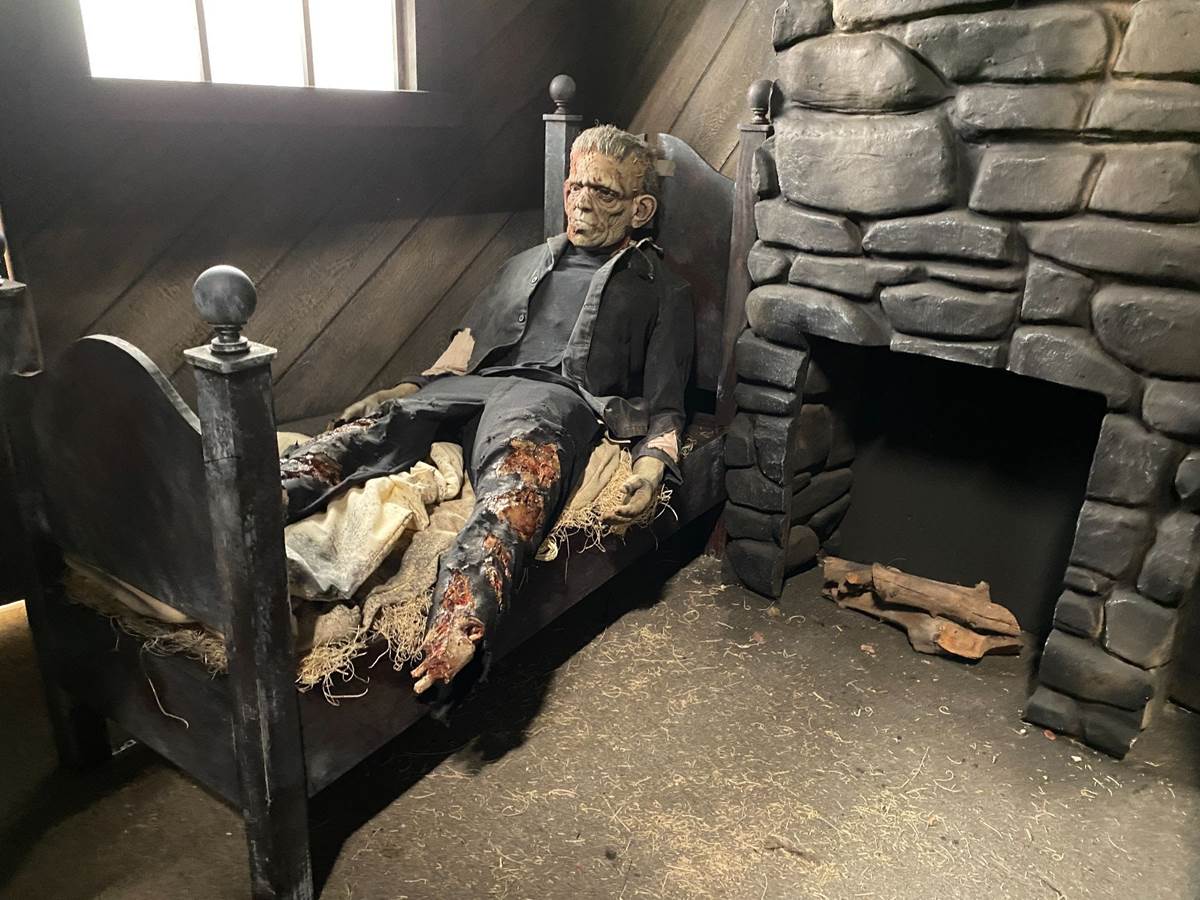 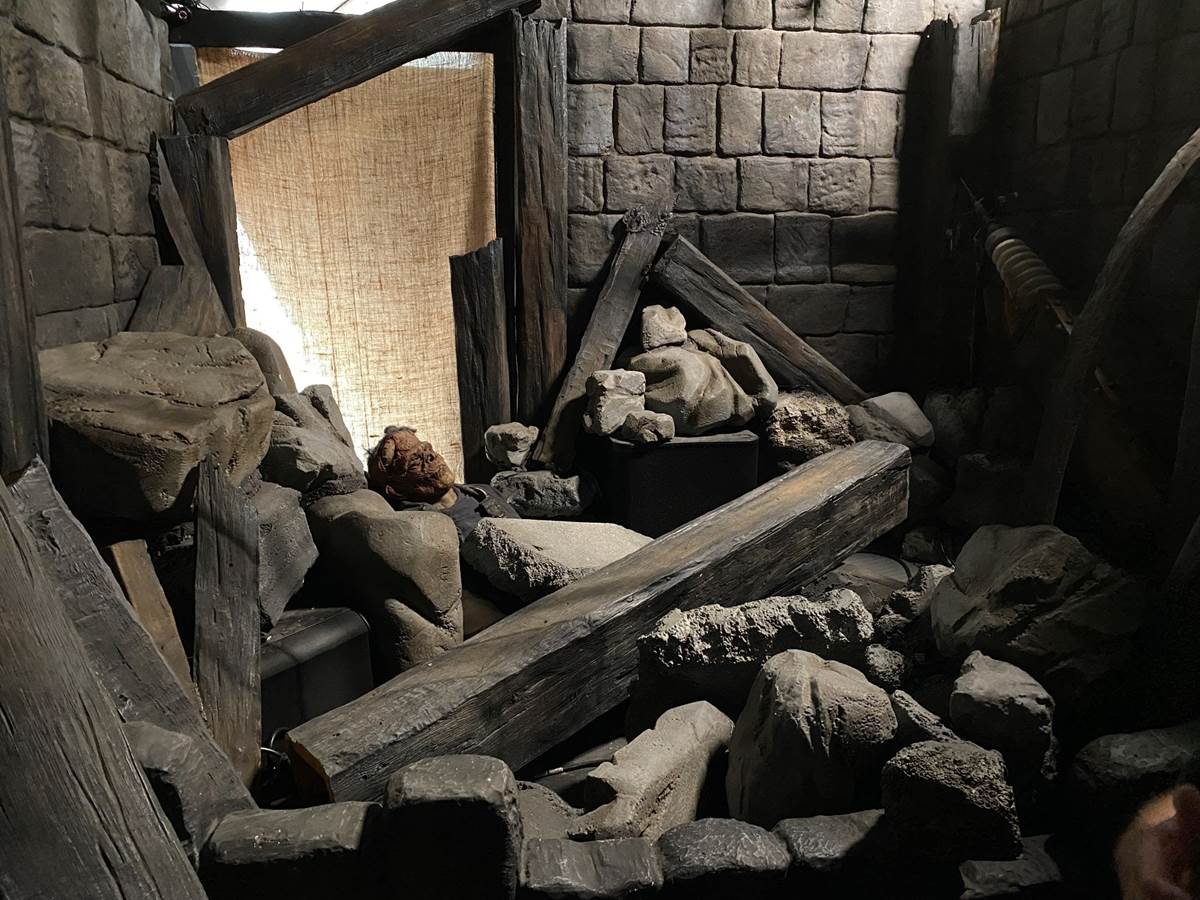 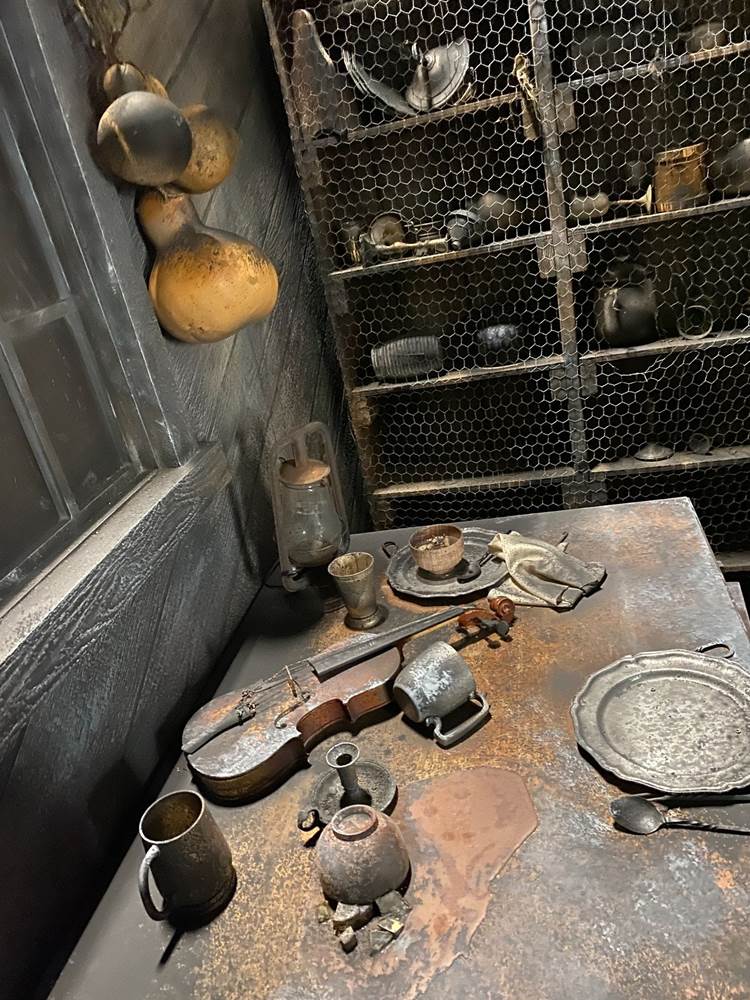 “We did that with every single character, and it actually worked. It was the highest rated maze of the year, so in 2019 we did Frankenstein Meets the Wolfman. In 2020, when we talked about what we wanted to do next, the idea of The Bride of Frankenstein was floated by one of our colleagues in Orlando. We immediately latched onto that idea, because the Bride only has five minutes of screen time in the movie. You never see her again. Unlike the other monsters, she never had a sequel. We started thinking, ‘What if we made a sequel to The Bride of Frankenstein that doesn’t exist?’ So that’s what we did. Horror back in those days was extremely male-dominated, so we thought it would be really cool to create a story for her that would empower that character. We put her front and center and we give her the story that she deserved. But then the creative challenge was, ‘If we’re gonna do an original story that no one knows, we have to figure out how to communicate that to our guests visually.’ A maze is not a movie or a television show. You can have everyone listen to two minutes of backstory. It doesn’t work like that.” 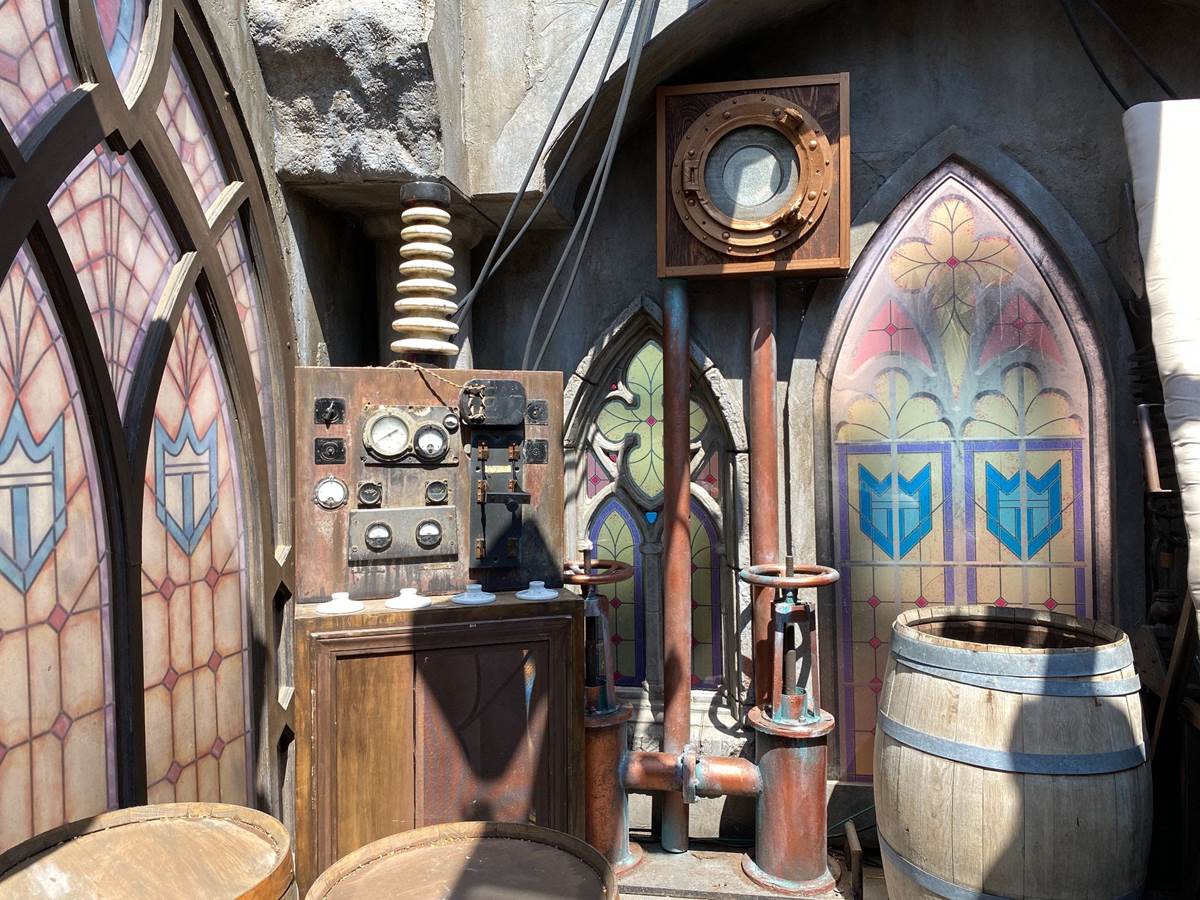 “We came up with the idea of this giant gothic novel that’s open to the title page. You’re gonna go into the book to experience the maze, and then we’re going to use the chapters of the book as transitional elements to communicate the story and set up what you’re gonna see.” At this point we stepped into the maze to get a look at the first of these pages and the initial scenes and story moments of the experience itself. “The Bride has a really important decision to make right out of the gate. What she realizes is that [Frankenstein’s Monster] is the only one who ever showed her any kindness in her short life, so she decides that she has to save him. But what does that mean?” We walk through the prologue and into the next chapter and Murdy talks about the challenges of putting together Halloween Horror Nights in the unusual geography of Universal Studios Hollywood. “This park was never master-planned like you would traditionally build a theme park. The locations we occupy change all the time.” He gestures toward the surrounding Parisian Courtyard setting. “It’s a tricky location, but the architecture helps a little bit. It doesn’t feel wildly out of place.” 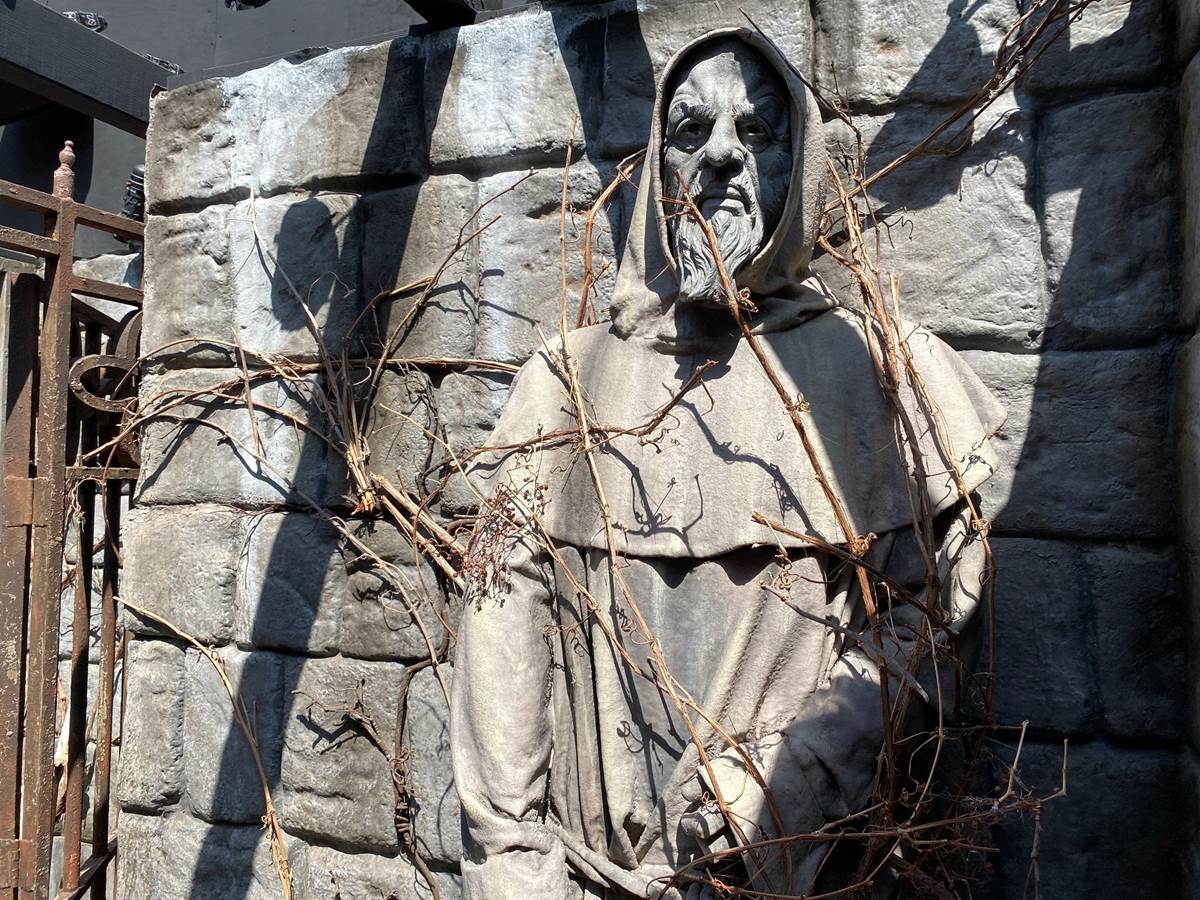 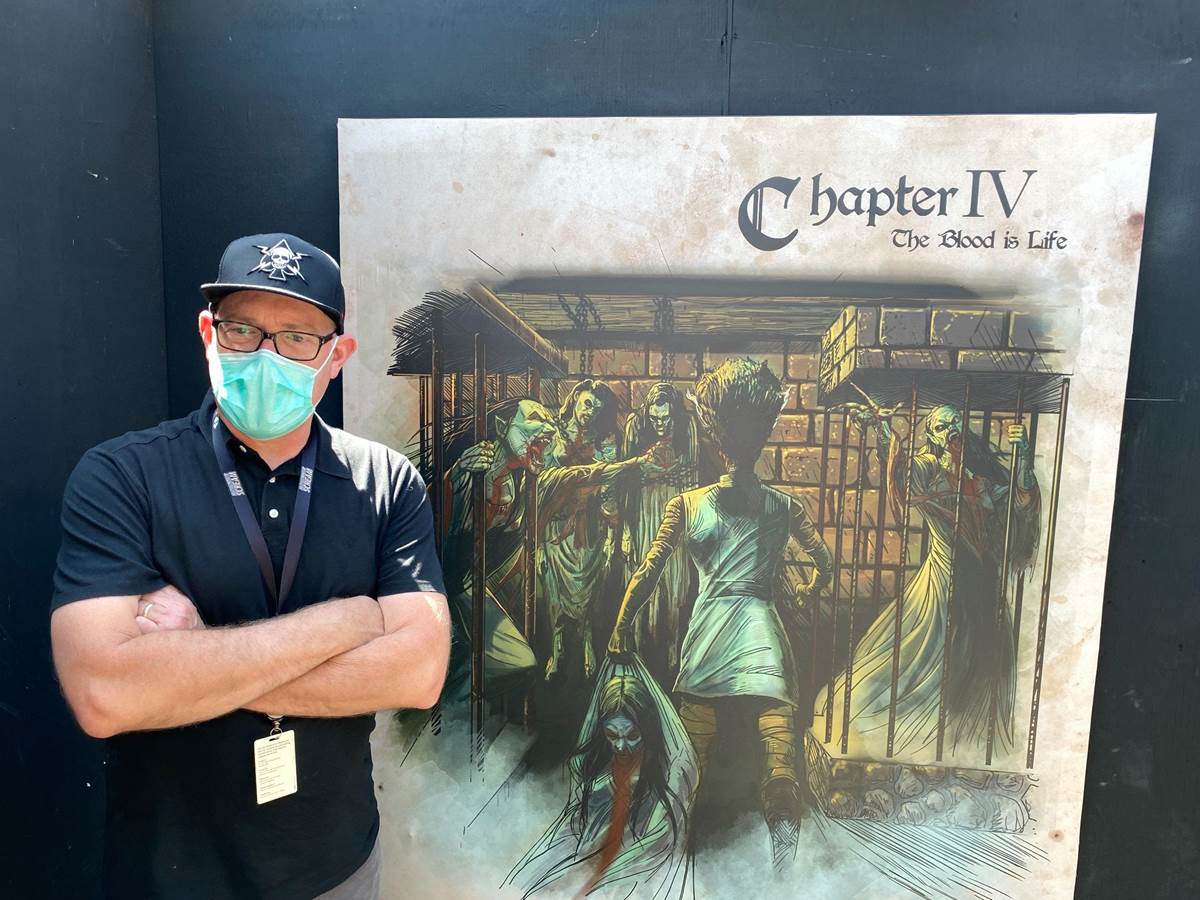 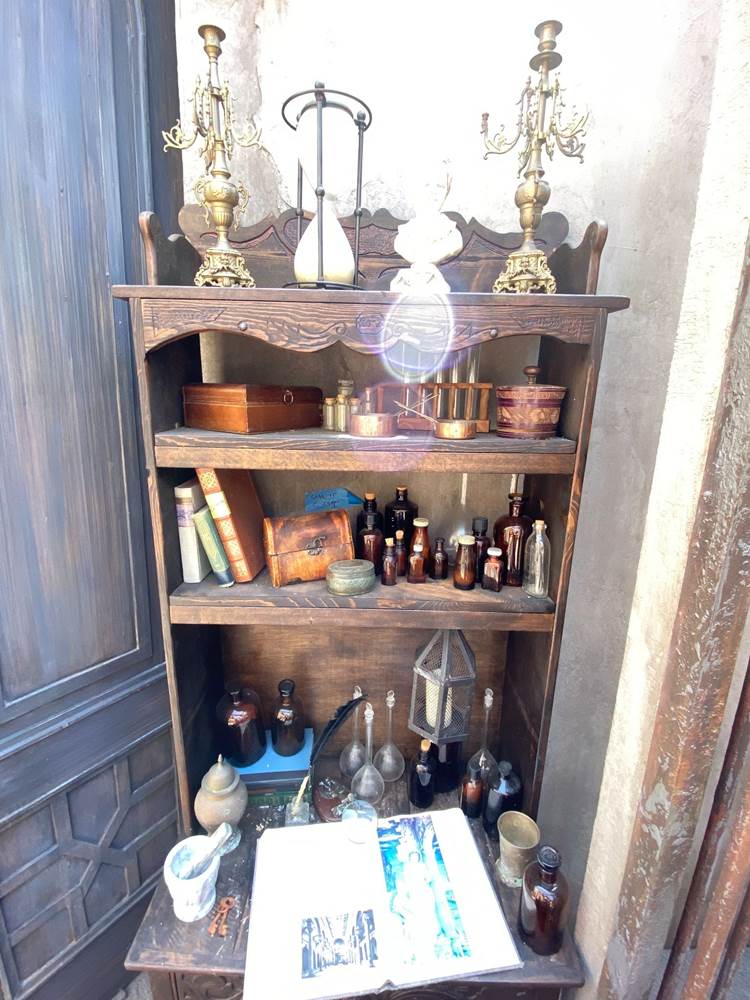 At one point in the maze Murdy stops in front of a group of headstones to point out a fun tidbit: “These often show up in Horror Nights. They’re all from a movie called Van Helsing with Hugh Jackman. Every once in a blue moon there’s a production that comes along and they [ask us], ‘Do you want this?’ It doesn’t happen very often.” The maze’s path winds through an abandoned church, where the Bride sets up a laboratory to resurrect her fallen beloved. “The Bride assumes the role of Doctor in an effort to bring the Monster back to life.” In addition to the familiar Frankenstein series characters, there are several big surprises that pop up in the story of this maze that I am hesitant to reveal here, but suffice to say that Universal Monsters fans will not be disappointed by the twists and turns this tale takes. “The Bride has four different looks throughout the maze as she goes on this journey, and she has little pieces of dialogue along the way– short narration pieces as if she was telling the story to us years later. It gets dark, because it is a monster movie and it is a horror story.” 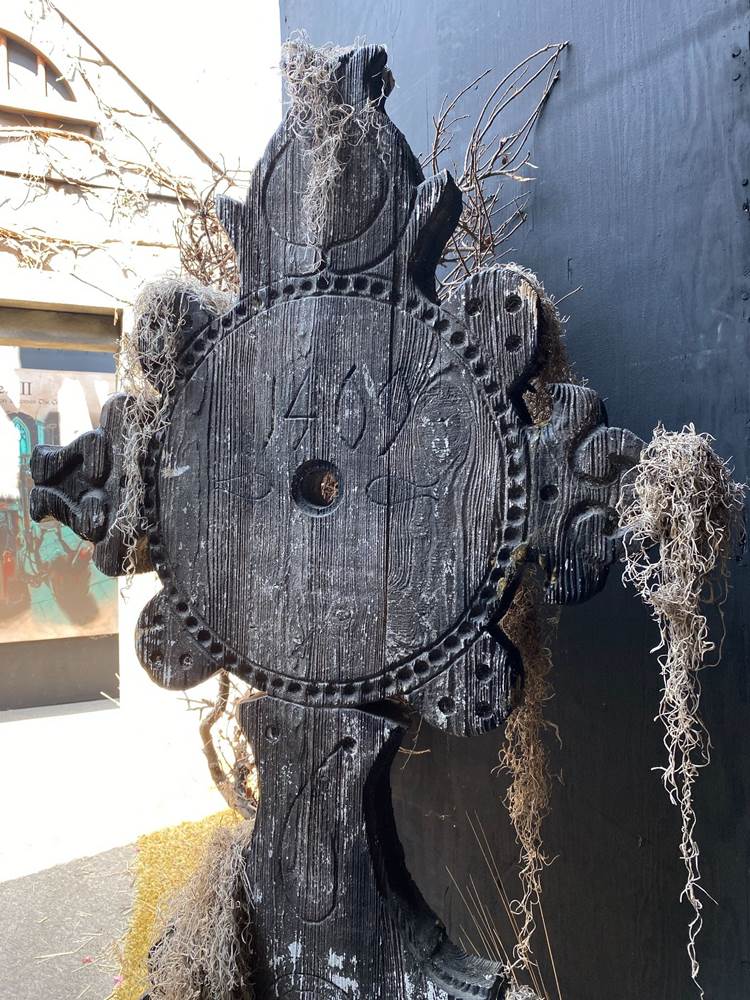