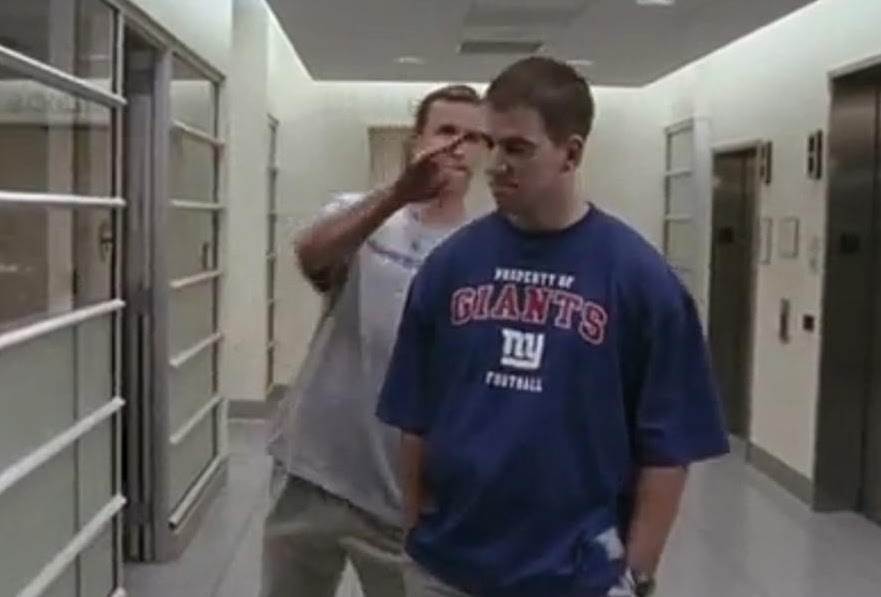 First time since 1993, brothers and retired superstars Peyton and Eli Manning watched Monday Night Football together. And … they were kind enough to broadcast it as part of an alternate broadcast which I’ve seen unofficially called Monday Night Manning. Based on social media reaction, the ESPN 2 broadcast was very popular. There were several tweets each second, the vast majority of which giving high praise and pointing out some of the better moments. Below are some of my favorites from blue checkmarks (you know, to give it gravitas).

Eli Manning got it started before the broadcast showing his excitement.

I’m a little nervous about tonight. Good thing I have a co-host who used to give me wedgies. Comforting!! https://t.co/GbmtQnruUk

The reviews were overwhelmingly positive.

I was very, VERY skeptical going in, but this Manning mega cast experiment is pretty incredible. Helps that the game has been situationally interesting. Would love to see how a 31-10 blowout is handled but Peyton, Eli and friends made the most of this tonight. Compelling.

A lot of the fun came from just watching the Mannings during the game. They do not look like former NFL football players, and Peyton, in particular, does not hide his frustration.

Let's check in on Peyton Manning how he felt about that Raiders series ????? pic.twitter.com/2nhObkbo85

Throughout the game, we were given some great insights into quarterback’s brain and what it takes to manage it on the field.

Peyton Manning just said in order for a QB to call his own plays sometimes you have to act like the helmet-mic isn't working.

You absolutely sell out the equipment guys to get yelled at but you make it up to them at the end of the year with expensive Christmas presents.

Peyton Manning with a great line. "You've got to hand the ball to the ref there. Don't throw it to them. They can not catch!"

"people don't know this, but third downs are converted on first and second.

our philosophy was first down -> second down -> first down. let's not even get into third down."

The brothers pick on each other constantly, and one of the fun parts of following on Twitter is seeing who else loves the lines you do. For example, this reference to Peyton’s large head (according to his brother).

Eli just asked Ray Lewis if he'd rather have one of Peyton Manning's helmets filled with quarters or $10,000 cash.

In the fourth quarter, Seattle Seahawks quarterback Russell Wilson joined them and remained through the rest of the game. He’s not usually known for having a big personality, but here he was wonderful.

Maybe the most impressive thing about this Manning broadcast is getting the most enjoyable public version of Russell Wilson we've seen since he got drafted. Loose, funny, talking football.

Russell Wilson and Peyton Manning talking about the Super Bowl rings they didn't get ?

Football fans rejoice! Monday Night Manning will have nine more broadcasts this year and has already been signed for 10 broadcasts each of the next two years as well. Considering my Cowboys lost on Thursday, this is easily the best thing to happen in football so far this season.