Welcome back to another “Ranked” article here on Laughing Place. This time we’ll be staying in my home of Southern California, for a park local to me: Universal Studios Hollywood. I’ll be ranking up everything that this park has to offer, minus Universal’s Animal Actors show, as I have actually never seen it. Suffice to say, I don’t think it would be that near the top of my ranking anyway.

The Simpsons took over for Back to the Future: The Ride back in 2008 and uses the ride system to a lesser effect. The relation between the movement of the ride and the screen always makes me a little dizzy, and I’m not one to usually get any sort of motion sickness. The Simpsons theme is a fun one and should be leveraged, but this ride either needs an upgrade or something completely new. Silly Swirly is a fun distraction, a well themed spinning flat ride in the Super Silly Fun Land section of the park. Unlike the two spinning attractions of this caliber in Universal Orlando, Silly Swirly doesn’t really have anything extra to add other than the ride itself, which is absolutely fine for what it is. The Special Effects Stages have gone through a lot of changes over the years, both in terms of content and location. This show was originally located in the Lower Lot where Transformers: The Ride stands today, but was moved up the hill when that ride was built. I remember enjoying the show a lot more when it was in its previous location, as it was set up as more of a tour vs. the show we have today. However, it’s still an enjoyable look into the process of movie making. As I mentioned in my ranking of Universal Studios Florida, I thought Shrek 4D was a little long in the tooth. So this replacement film featuring Kung Fu Panda was a welcome addition. The retheming of the space into the DreamWorks Theater was definitely the best thing to come out of this investment, as it looks better than ever before. The show itself does leave a bit to be desired. While fun and featuring some impressive effects and projections, it felt like a glorified simulator with no real story. So while it definitely improves on the aesthetics from Shrek 4D, the show itself is definitely weaker. The Minions franchise is one that I’m not personally too familiar with, aside from riding this attraction. I think the ride does a good job in appealing to its target audience, but I personally find the characters a little grating. One thing the ride does have going for it is that the quality of the film and ride itself is a lot greater than the similar The Simpsons Ride on the other side of the Upper Lot.

8. Flight of the Hippogriff Flight of the Hippogriff is a fun little coaster, intended for the smaller thrill seekers visiting The Wizarding World. Almost 20 years newer than its Orlando cousin, Hollywood’s version is far more comfortable and smoother, offering a much more pleasant ride experience. The views of the Hollywood Hills from the lift hill are really something to behold too. 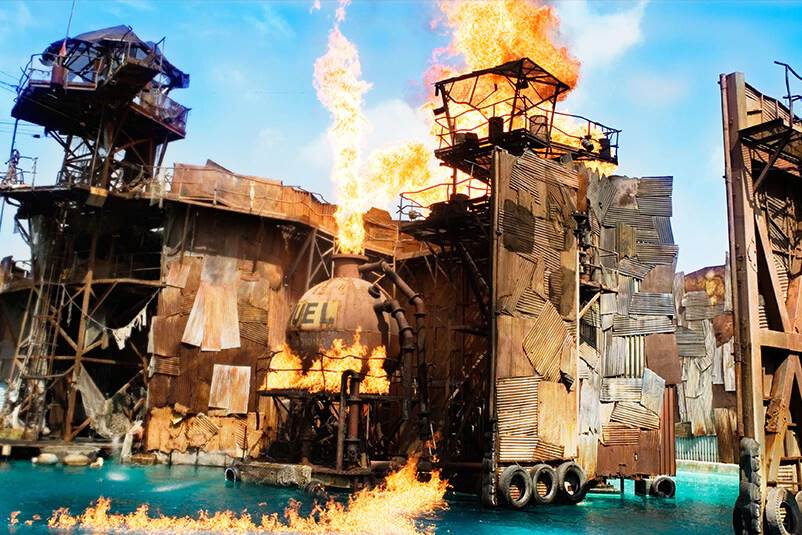 WaterWorld is a show that I’m absolutely baffled that it still exists. Don’t get me wrong, it’s a great show. The stunts, pyrotechnics, everything is impressive. But it’s based on the Kevin Costner film of the same name that was a huge financial flop in 1995. I probably wouldn’t even know the movie existed were it not for this show. In fact, WaterWorld is still so popular, that they made an entire land out of it at Universal Studios Beijing, with both the stunt show and a WaterWorld themed eatery. How’s that for unexpected longevity!?

6. Revenge of the Mummy: The Ride Unfortunately for Revenge of the Mummy: The Ride here in Hollywood, I can’t help but compare it to its superior cousin in Orlando. Even the queue is less impressive, and the single loading platform (compared to Orlando’s two) makes for an awfully slow loading experience at times. The ride starts off just about the same, with a creepy dark ride-esque section, complete with screens, fire effects and scary statues popping up out of nowhere. That then leads into a thrilling coaster, with multiple launches and backwards moments. While still a thoroughly enjoyable coaster, it is far shorter and less thrilling than the Orlando version. I guess I’m also still a little bitter that this replaced the E.T. Adventure back in 2004. I’ll never forgive it for that… 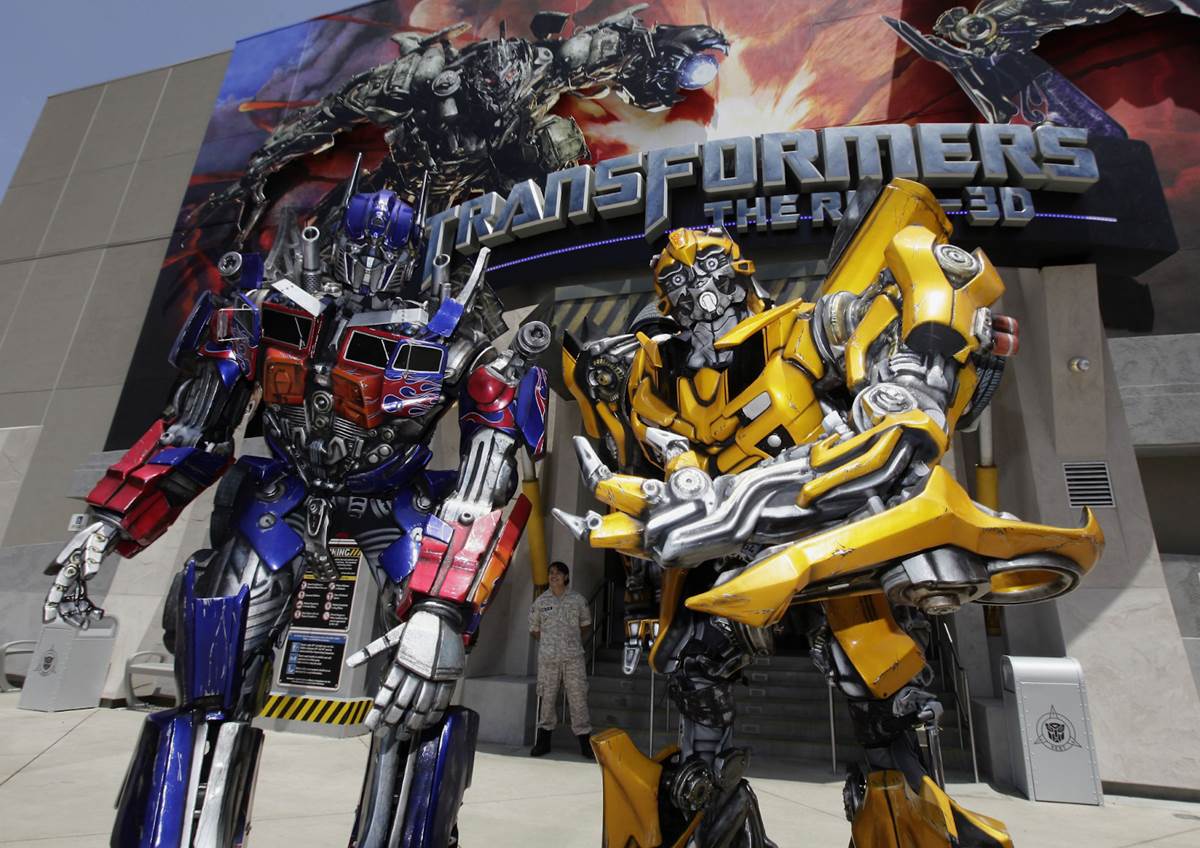 Transformers: The Ride is a fantastic ride based on a franchise I just don’t care about. It’s almost identical to, with the same exact ride system as The Amazing Adventures of Spider-Man at Islands of Adventure. While this is still a great attraction, I feel like it doesn’t do what it sets out to do quite as well as Spider-Man does. Now of course, that could just be me being more of a Spider-Man fan than a Transformers fan, but it is still an enjoyable ride.

4. The Secret Life of Pets: Off the Leash The Secret Life of Pets: Off the Leash is exactly what this park needed: a child friendly, animatronic-filled attraction. I’m no fan of The Secret Life of Pets films, but when I first experienced this attraction earlier this year, I was blown away. First off, the queue is perhaps one of Universal’s all time best, fully contained within apartments as seen in the films, with screens, more props than you could possibly look at once, and even multiple audio-animatronics! The ride itself is just as fun, featuring more animatronics than screens, in an omnimover style ride. It really is just pure fun, and really brings a big smile to your face. The fact they fit this in the small location they had to work with is even more impressive.

3. Harry Potter and the Forbidden Journey For some reason, I always seem to prefer Harry Potter and the Forbidden Journey more in Hollywood than I do in Orlando. Perhaps it’s because Orlando has so many other unique things to offer, that I always think “well, I can just do it at home.” This was the ride that really started Universal off on a new path of more themed and innovative attractions, and sparked the impressive growth at all Universal parks over the last decade or so. And it still holds up incredibly well. The KUKA Arm ride system is still incredibly impressive, and it’s quite surprising that it hasn’t been used elsewhere. 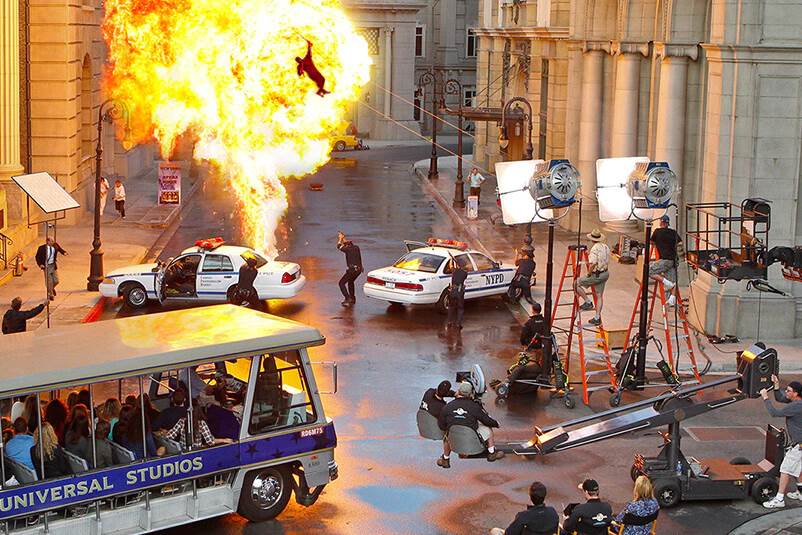 The true highlight of any day at Universal Studios Hollywood always has to be the world famous Studio Tour. This is where the park got its start, and although there have been a lot of changes over the years, it’s still going strong. Some classic elements still hold up really well, such as Jaws and Earthquake. King Kong 360 fits in pretty well with the rest of the tour, it’s the newest addition of Fast & Furious: Supercharged that ends the tour with more of a whimper than a bang, but if we ignore that, it’s still a tramtastic time! 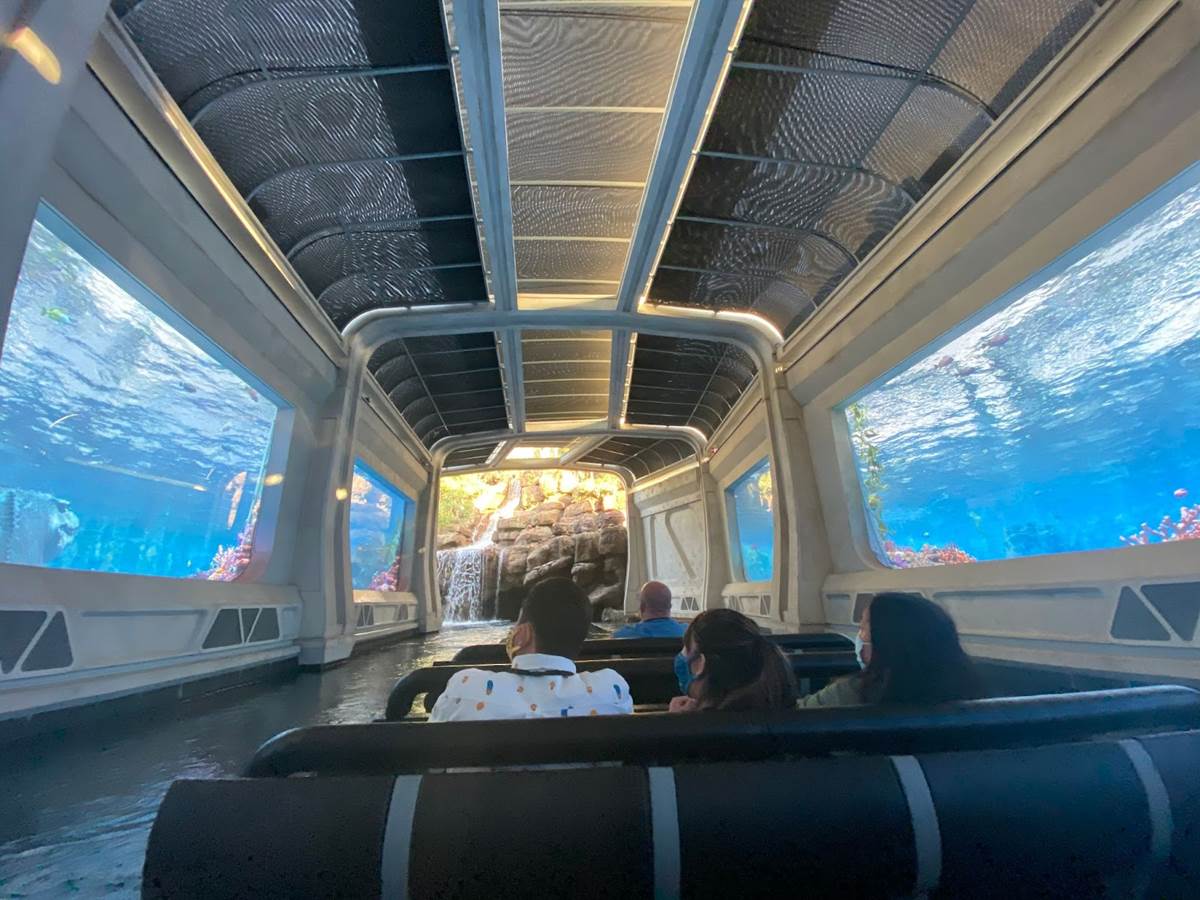 Whenever a beloved attraction gets an update or retheme, there’s always a worry that things may be ruined along the way. Well, that was definitely not the case with Jurassic World: The Ride. This update to the park’s original Jurassic Park attraction takes what worked with that version and improved upon it greatly. The opening scene in the aquarium doesn’t quite have the same “wow factor” as the original gates opening upon massive animatronics, but it's still a pretty impressive scene. Where things really make a difference are once you reach the top of the main lift hill. The music reaches a crescendo and we’re in a forested area, surrounded by amazing animatronics and scenery. Blue is cute, but it's the incredible Indominus Rex that steals the show. My mouth was wide open the whole time when I first saw the I-Rex. The degree of movement on such a large animatronic is ridiculously impressive. And it’s that moment that puts Jurassic World: The Ride into my number one spot.

I hope you all enjoyed this ranking of the attractions at Universal Studios Hollywood. If you want to see some more theme park rankings, feel free to check out my other “Ranked” articles listed below: