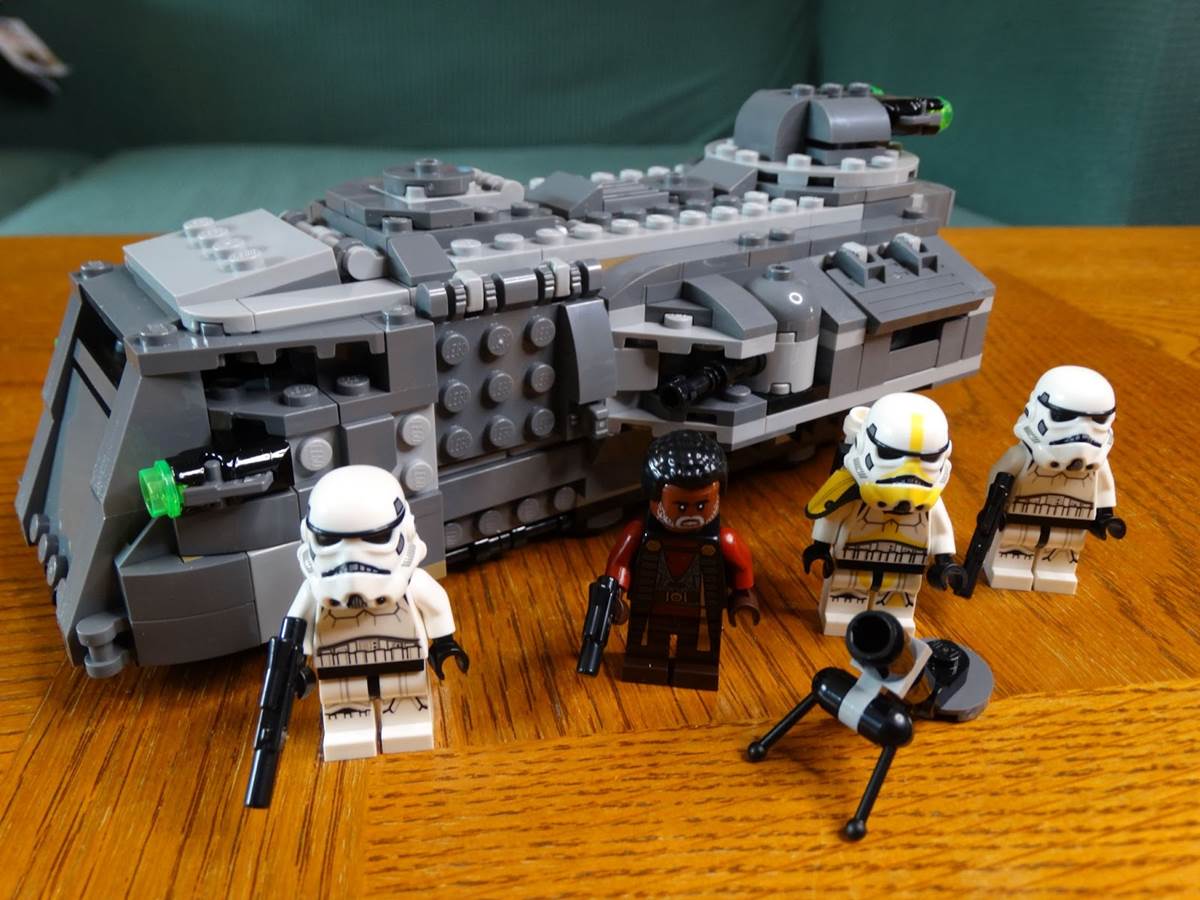 We’re well into the 2021 holiday season at this point, and that means it’s time for some more Star Wars toy reviews. I recently picked up LEGO Star Wars set #75311: the Imperial Armored Marauder from The Mandalorian’s second-season episode “The Siege.”

In the YouTube video embedded below, I unbox, build (in fast-motion) and review this Star Wars LEGO set (which came out a few months ago and is still available from online retailers), which includes four minifigures.

LEGO Star Wars set #75311, the Imperial Armored Marauder lets fans build a vehicle seen in The Mandalorian’s second-season episode “The Siege,” and contains 478 total pieces, including four minifigures. The figures included are Greef Karga (played by actor Carl Weathers in The Mandalorian), one specialized Artillery Stormtrooper with yellow highlights, and two regular Imperial Stormtroopers, all with removable helmets. The vehicle itself features a number of opening hatches for easy access to the interior cabin and cockpit, a swiveling rear turret with gunner seat, and four stud shooters designed for interactive play.

In the show, Greef Karga and his friends take control of this Imperial troop transport during their efforts to destroy and escape the enemy base on the planet Nevarro. For that reason, I think this LEGO set would be an ideal gift for both kids and AFOLs (adult fans of LEGO) looking to recreate their favorite moments from The Mandalorian with familiar Star Wars characters and vehicles. The immensely popular LEGO toy company has gone hand-in-hand with the Star Wars franchise for over 20 years, and it’s wonderful to see that relationship continuing into this exciting new era for A Galaxy Far, Far Away via several live-action series on Disney+. The Mandalorian Imperial Armored Marauder from LEGO Star Wars is available now wherever LEGO is sold.