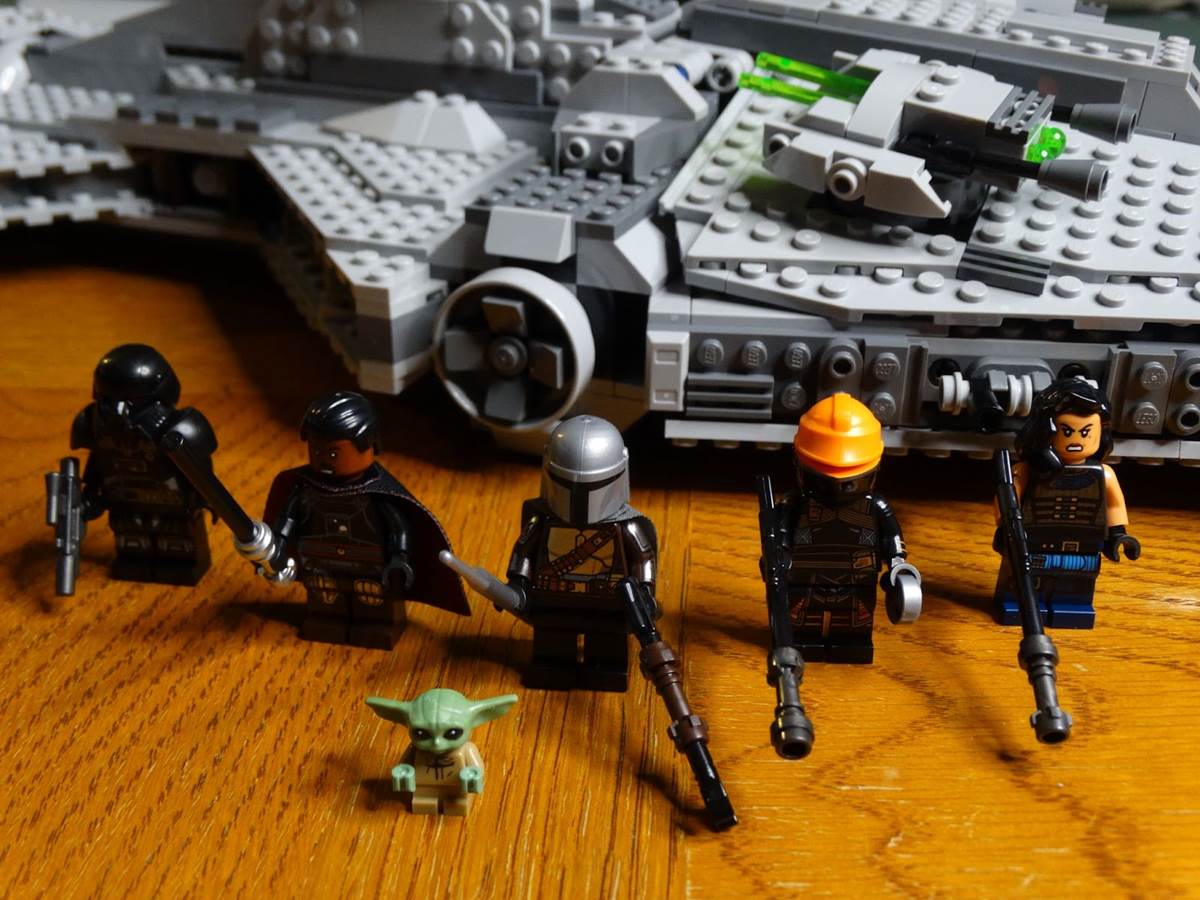 The new live-action Star Wars series The Book of Boba Fett may be just a couple weeks away on Disney+, but we’re still celebrating last year’s second season of The Mandalorian, which ended with the highly talked-about finale “The Rescue.”

Now fans can recreate some of the key scenes from that episode thanks to the LEGO Star Wars The Mandalorian Imperial Light Cruiser building set, which came out several months ago– but we thought the holiday season would be the perfect time to take a closer look! In the embedded YouTube video below, I unbox, speed-build, and then review this really cool LEGO Star Wars set.

LEGO’s Imperial Light Cruiser comes with six minifigures: Din Djarin, Grogu, Cara Dune, Fennec Shand, one Dark Trooper, and Moff Gideon– the main villain of The Mandalorian and the commander of this particular vessel in the show. These minifigs look great, but I wish they had made Gideon’s Darksaber weapon its own special mold instead of just using a standard lightsaber hilt with a black blade. As for the ship itself, it’s quite a bit smaller than minifigure scale, but considering the size of a command cruiser like this in-universe, it would be very difficult for LEGO to do otherwise, so I think this shrunken-down scaling is a decent compromise overall. I do really like the shape of the ship and its design details just scream “Star Wars” to me, so it should look really nice on display.

The Light Cruiser also featuring some projectile-firing turrets and a number of other non-firing weapons, a TIE fighter launcher with two miniature TIEs, and a big panel that opens up on the front part of the hull, allowing access to a well laid-out playset of the ship’s bridge, where the climactic showdown in the episode “The Rescue” took place. There’s a table, some crates, and command consoles with stickers that were (as usual) tricky to apply without getting them off-center or crooked. Speaking of tricky, I did find myself having to go back and fix a couple mistakes I made during the build of the ship, but I was sort of rushing through for the sake of recording the above video, so I recommend taking your time and making sure you get every step right or things aren’t going to line up correctly, especially in that angled front section. On the whole, I think this is a nice big set for fans of The Mandalorian who would like to add more characters and vehicles from that popular Disney+ series to their LEGO collection. 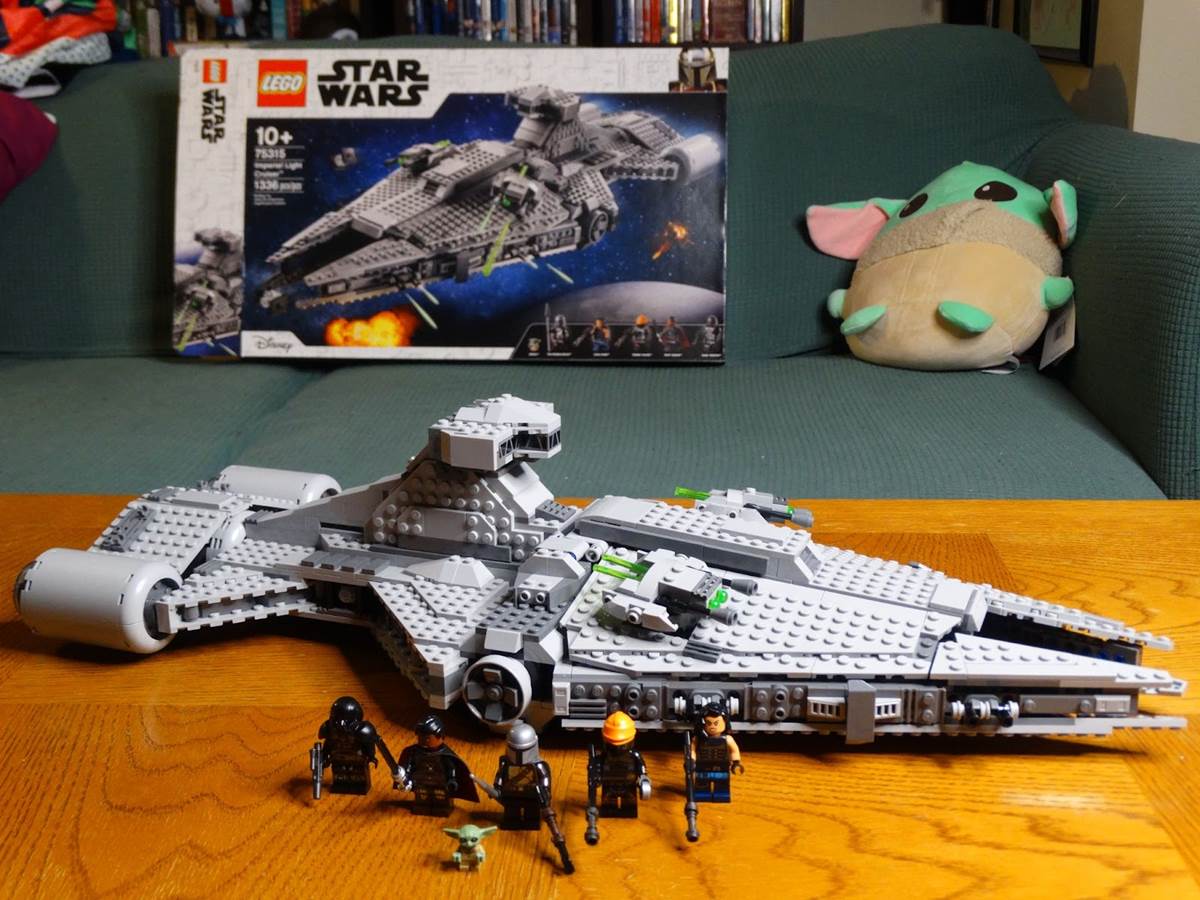 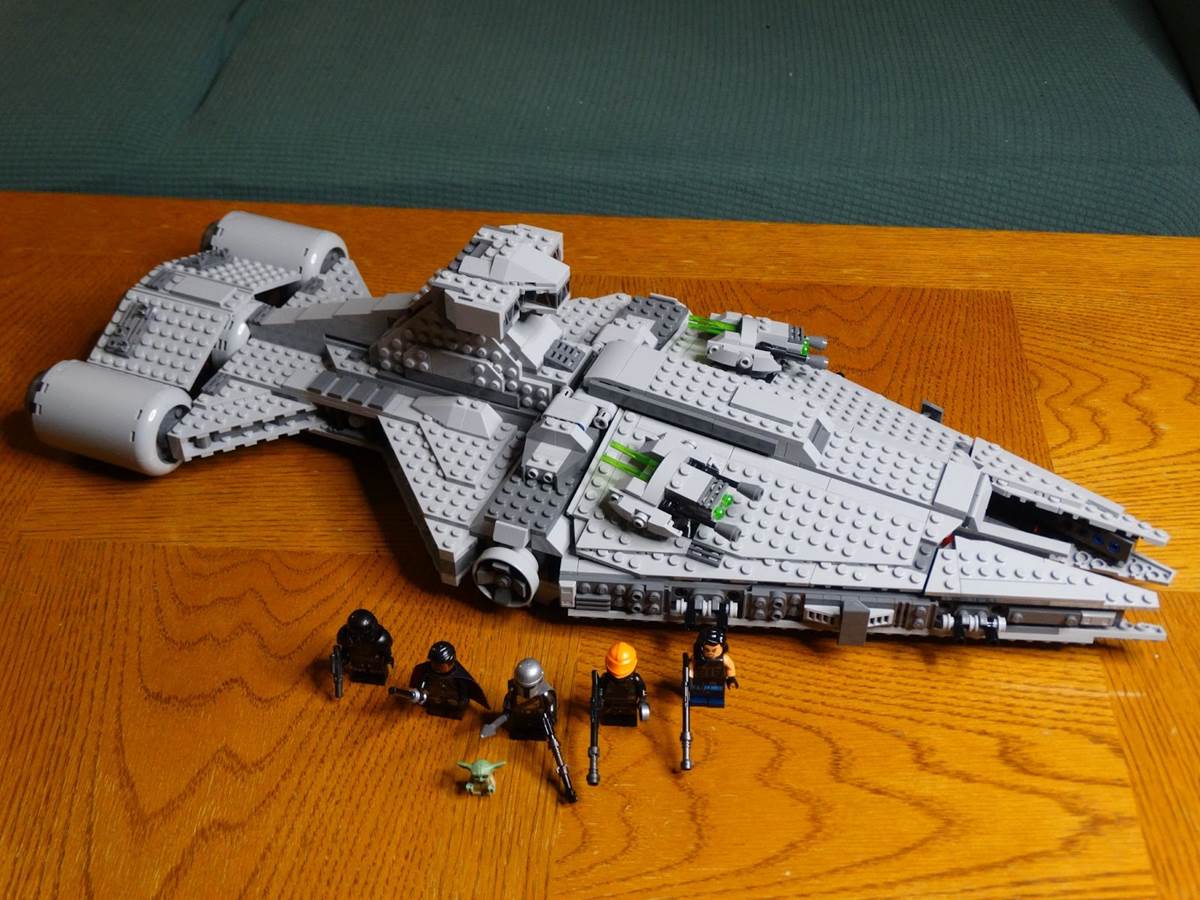