Turning Red In The Face: The Disappointing Disney+ Decision

Just a few days ago, news broke that the next animated feature from Pixar, Turning Red, is the next in a line of films from the studio to make its premiere not in a theater, but on the Disney+ streaming service, available to all subscribers on March 11th. Why then, is it perceived as so demoralizing to the artists of the studio who’ve taken to social media and other outlets, that their work is essentially given out to viewers around the world? Simply put, because it’s only happening to Pixar artists. This Academy-Award winning powerhouse studio is relegated to what is basically modern day direct-to-video fare, though with substantially higher quality. Meanwhile, films from Walt Disney Pictures, Walt Disney Animation Studios, and Marvel Studios (all owned by the Walt Disney Company) are allowed theatrical releases or even given an upcharge Premier Access option for a release on Disney+.

In the late 80s and early 90s, a relationship began that was little known at the time, but would revolutionize the art of animation. Walt Disney Feature Animation (now Walt Disney Animation Studios) was working with a company that spun off of George Lucas’s Industrial Light and Magic (ILM) effects house on a new computer system that would help with post-production processes at the studio. The company, Pixar, had experience in the realm of short films and commercials but this specialized system was the first in a long relationship between themselves and the Walt Disney Company. While the system was in play on films at Disney since The Little Mermaid and The Rescuers Down Under, a major project was greenlit by the Walt Disney Company to be produced by Pixar Animation Studios, a full-length motion picture, the first to be completely animated by computer, Toy Story. In 1995, that film was released, changing the artform and the dreams of many art students everywhere who aspired to work at the Disney studio. There was a new game in town, a new technology, and a new studio for those artists to aspire to be at.

Over the next few years and with hit after hit, Pixar Animation Studios was where these new artists learning this updated artform wanted to be. So much so, that traditional hand-drawn animation was seemingly on its way out. More students everywhere were learning what the older generation called “The Box.” Hand-Drawn animators were also making the jump to the newer tech.

Now, over 25 years later, imagine spending your lengthy career honing and mastering your craft, contributing to those fan-favorite films like Monsters, Inc, Inside Out, Finding Nemo, Finding Dory, The Incredibles, Brave, the list goes on, or even studying the artform, putting together a reel and landing your dream job at the place that made all these influential masterpieces. Then, one day, you get the news that your project isn’t going to be featured on the big screen in a theater. Instead, the studio you strived to be at, the endgame for your art, known for blockbuster after blockbuster and you were among the artists that created them, is now sending your work directly to device screens around the world. Phones, laptops, tablets, and TVs. The exposure is great, but why can’t I be like those other projects going to theaters, why is it just my project? That’s exactly what’s happening at Pixar Animation Studios today. It started reasonably and understandably in March of 2020. The Global Pandemic is causing shutdowns worldwide with one of the main businesses affected being the cinema. Just two weeks prior to these shutdowns, the wide release of Pixar’s Onward, a story set in a mythical, magical realm where through a spell, two siblings have the opportunity to spend a single day with their deceased father. The shutdowns caused Disney to rethink their distribution of these films, and Onward, which was only in theaters those first few weeks, would now be “gifted” to Disney+ subscribers who are now locked in their homes for a duration unknown at the time.

Pixar’s Soul, originally set to release that June, was holding out hope, and its release was delayed until December with the thought that theaters would once again be open for all to come enjoy the story of a Jazz musician who suddenly finds himself with the opportunity of a lifetime before passing away into an ethereal world and is forced to realize what is truly important in his life. Though, theaters weren’t quite where they wanted to be at that point, and also skipped a theatrical release, sent straight to Disney+ at no additional cost. 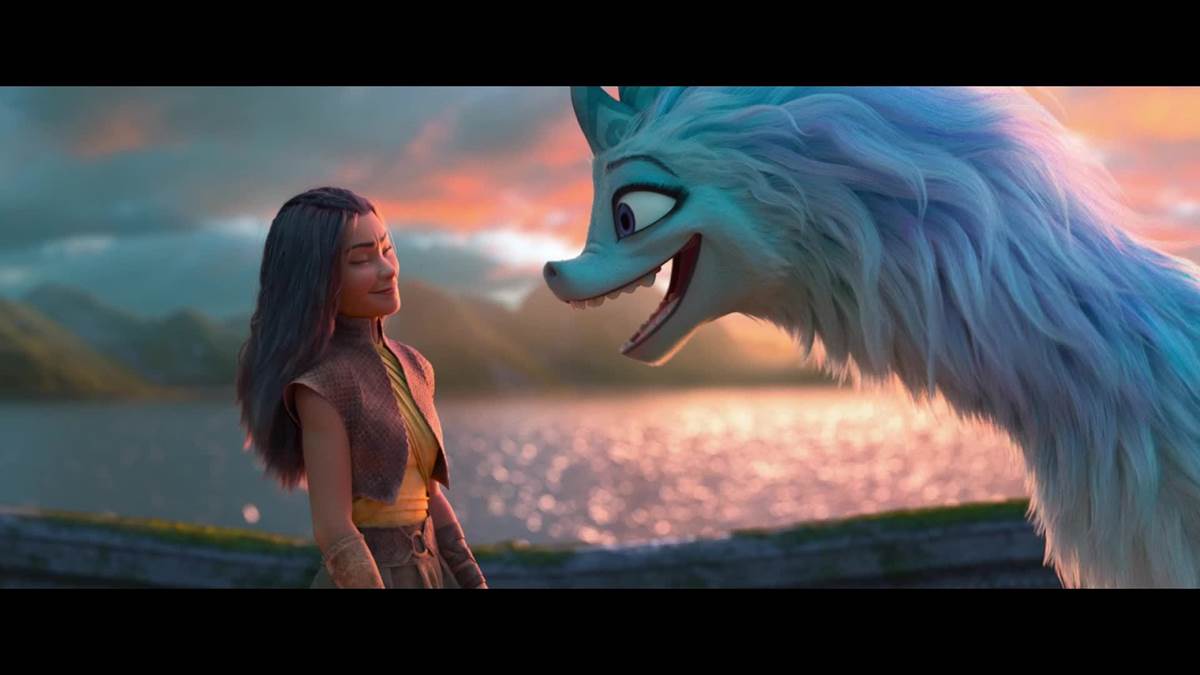 Meanwhile, Walt Disney Animation Studios’ Raya and the Last Dragon was also delayed, but set for a theatrical release in March of 2021 where theaters were available, but also on Disney+ but for an additional charge as part of Premier Access. They even included a short, Us Again,  in theaters only to promote heading to the cinema. 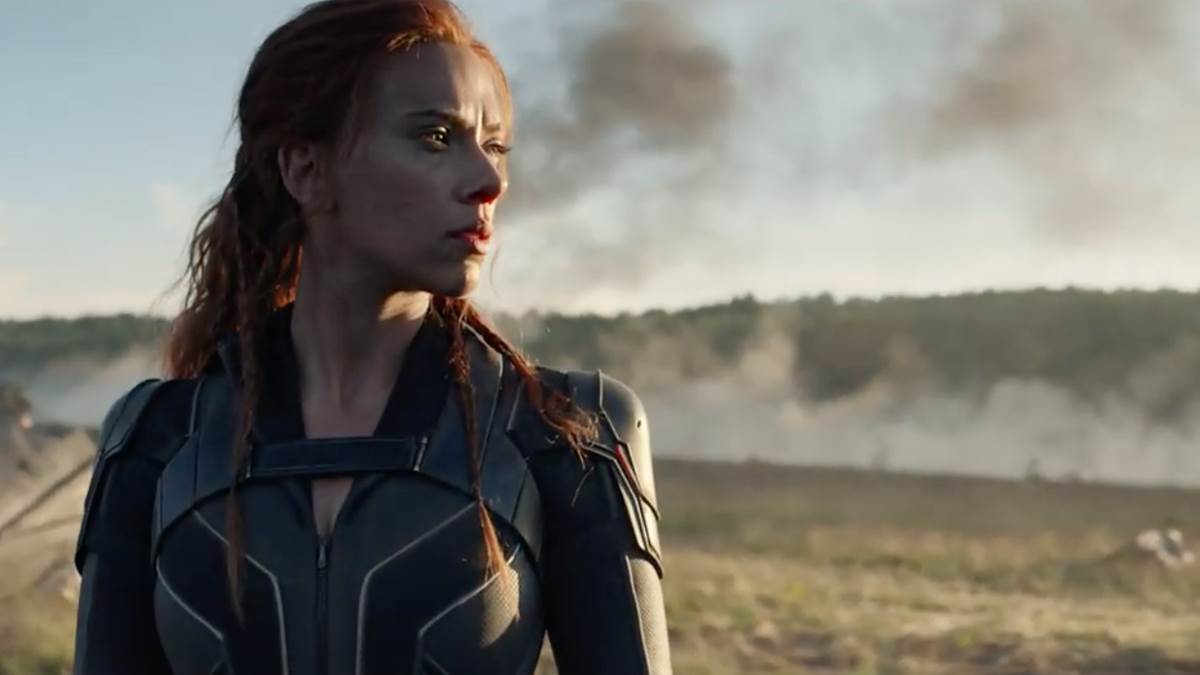 At the same time, talks were in place to release Marvel’s Black Widow in the same fashion, as well as Cruella and the delayed Jungle Cruise from Walt Disney Pictures. All with theatrical releases alongside Premier Access on Disney+. That summer, Pixar’s Luca, which is a literal fish out of water story about two outsider sea monsters living amongst humans in an Italian harbor village, was promoted as a special way to kick off summer, and once again given to subscribers of Disney+ at no additional charge. 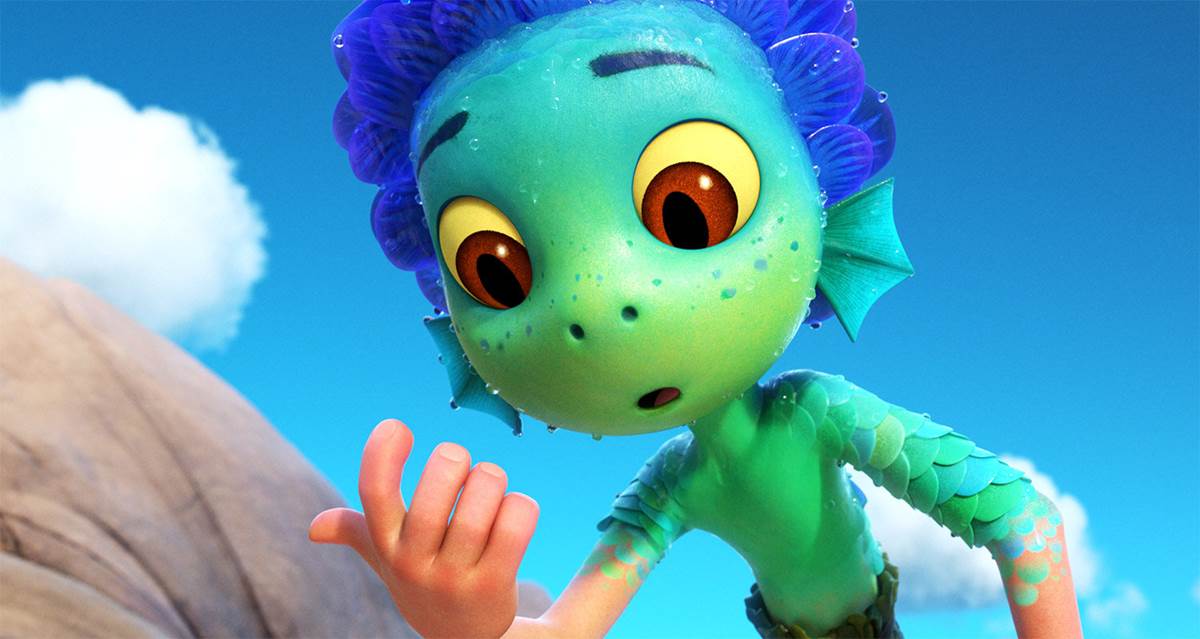 The rest of 2021 saw theatrical releases (with no Premier Access option) of Free Guy, Ron’s Gone Wrong, and West Side Story from the Disney-owned 20th Century Studios, Marvel’s Eternals and Shang-Chi and the Legend of the Ten Rings, and Disney Animation’s very own Encanto. All staying in theaters exclusively for weeks (or sometimes months) at a time before arriving on Disney+, all while COVID cases ran rampant with the Delta variant and vaccination rates increased. 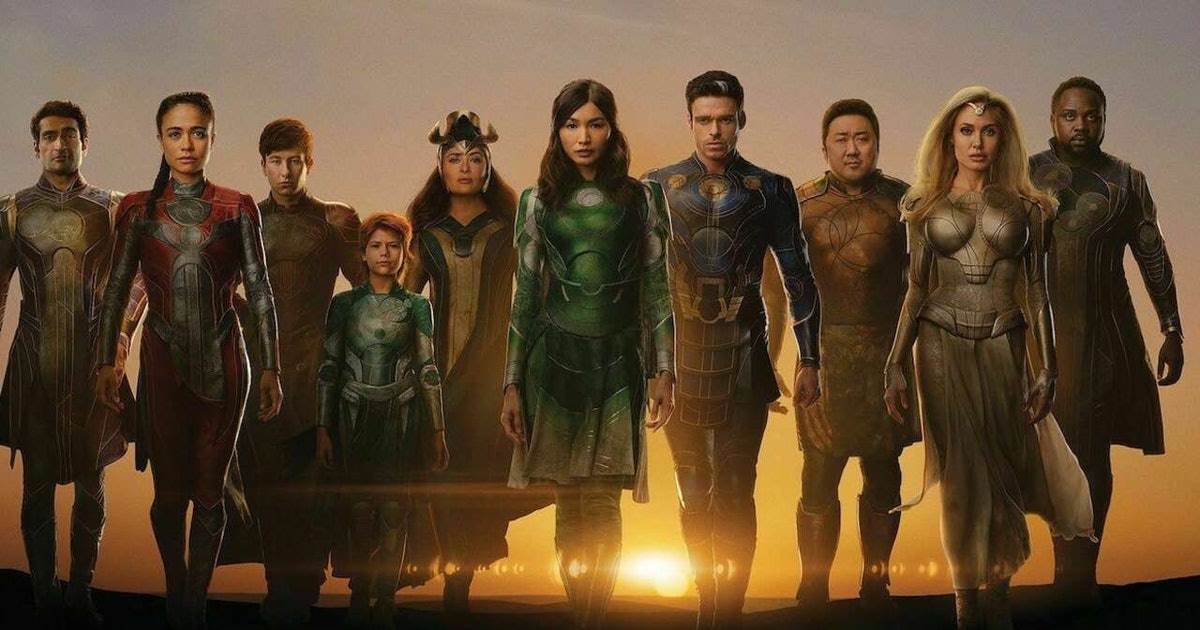 Now, with all that progress, Disney comes out with the news that yet another Pixar film will be sent straight to everyone who subscribes to Disney+. Yes, artists want everyone to see their work, but when the goal of being in show-business is to get that project up on a big screen, they’d also like the opportunity to generate some, you know, business. I know I hold Pixar to a rather high standard (which I feel is less than they hold themselves to) and to be put in the company of fare like Diary of a Wimpy Kid, or The Ice Age Adventures of Buck Wild, which bluntly, do not have that high standard of quality, it’s easy to see why the Pixar artists are nothing short of disappointed.

That leads to the question of “Why?” The easy answer is to keep people at home while COVID cases surge with the new Omicron variant. But Theme Parks are still open. Movies are still in theaters. People are going to see Spider-Man: No Way Home for the eighth time. Personally, I think the root cause is deeper. 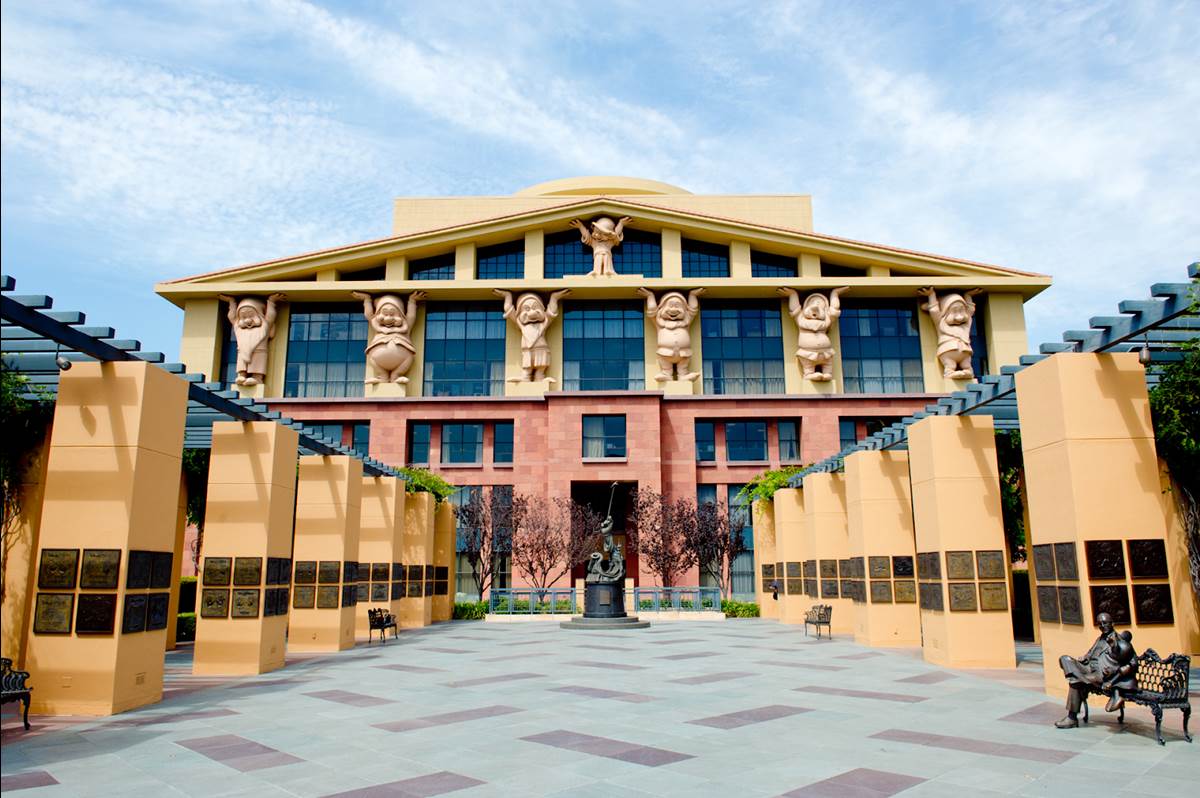 Just today, Disney CEO Bob Chapek sent a letter noting the three pillars he wants the Walt Disney Company to focus on as it gears up to enter its next 100 years. It’s in this letter that he mentions using innovation to help build and enhance their “franchise ecosystem.” Widely known amongst the Disney fan community is Chapek’s fondness for consumer data approved brands, franchises, and otherwise easily marketable I.P. Original ideas are almost forbidden.

On the flipside, over at Pixar when John Lasseter stepped down from the company, Pete Docter (Director, Monsters Inc, Inside Out, Up) took over as Chief Creative Officer, and has given many artists the chance to tell their own personal stories. Whether it be through the Sparkshorts program, or even their own feature, saying of their work “At the heart, we think of our work as indie films in that they should be very personal.” His fourth feature, the aforementioned Soul, went on to win the Oscar for Best Animated Feature, bringing him his third trophy after previous winners Up and Inside Out.

When putting the two together, Chapek and Docter, I can’t help but think of the relationship in the early days of the Disney Renaissance between Jeffrey Katzenberg and the artists of the animation studio at the time, when the then-studio head said he “didn’t care about the Academy awards, I care about the Bank of America awards.” Personally I feel that’s the mentality right now over in Burbank. In the case of Turning Red, we are treated to Director Domee Shi’s (Bao) tale of an overly-confident yet dorky 13 year-old girl who becomes a giant red panda whenever she is overly excited. An idea that might not be as immediately marketable as, say, current Broadway darling and Hamilton superstar Lin-Manuel Miranda’s songwriting skills in a proven-formula animated tale, Encanto. 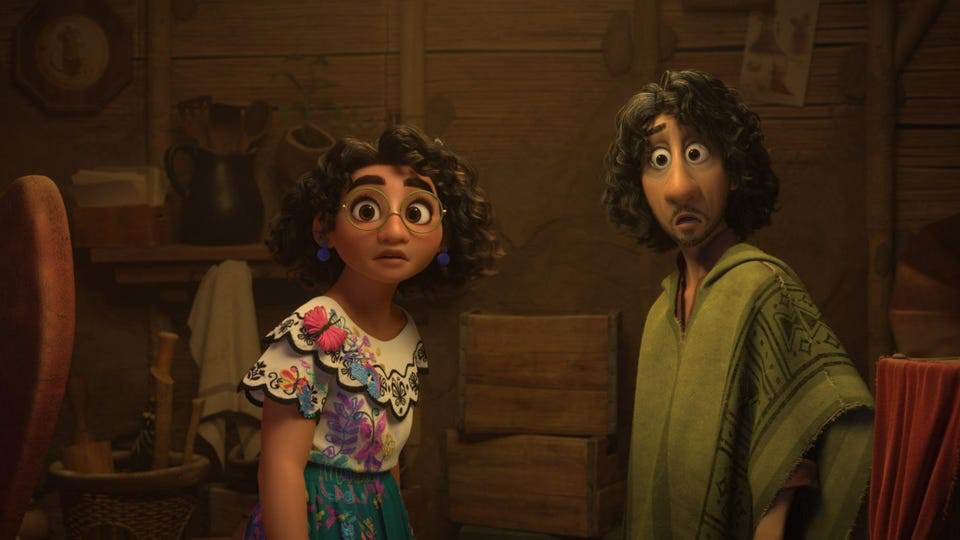 I don’t want this to be true by any means. When I heard the news about Turning Red heading straight to Disney+, I cried out in horror for these artists and pondered why they keep doing this. My thought wasn’t “oh I get to watch this at home now. Yippee.” I want to see these films on a big screen. I want to give this studio my money because the output is always of quality. To not be given that chance is disappointing. Likely more so for those artists who aren’t able to generate substantial revenue and have their work become iconic, and are relegated to the hope that someone clicks on their title while looking through hundreds of thousands of titles on all the streaming services available. 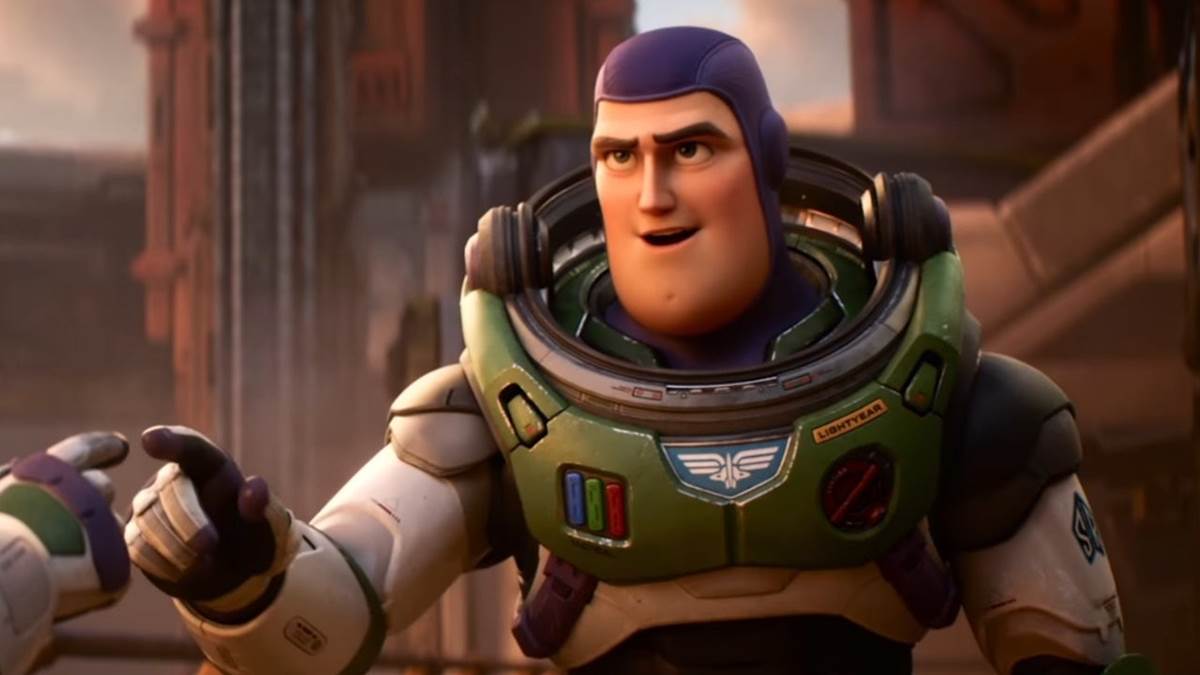 Now, I truly hope that Lightyear, one of the most anticipated films of the year, is allowed to hit theaters in June for the sake of Pixar and everyone involved. Tragically, I suspect that it will, if not only because of the loose-connection that it has to the iconic Toy Story films and star power of Chris Evans lending his vocal talents to the title character. That earlier Chapek quote helps reaffirm this, and I won’t believe otherwise until one of those more original indie ideas is allowed to hit theaters again. I just wish those making these decisions remember that once upon a time, everything that came out of those big brands that came out of those Richmond and Emeryville hallways was once an original idea too.