Continuing from last week, I’ve combed through the latest new episode of Star Wars: The Book of Boba Fett (entitled “Chapter 3 – The Streets of Mos Espa”) looking for any and all Easter Eggs, references to previous Star Wars material, and allusions to other media. 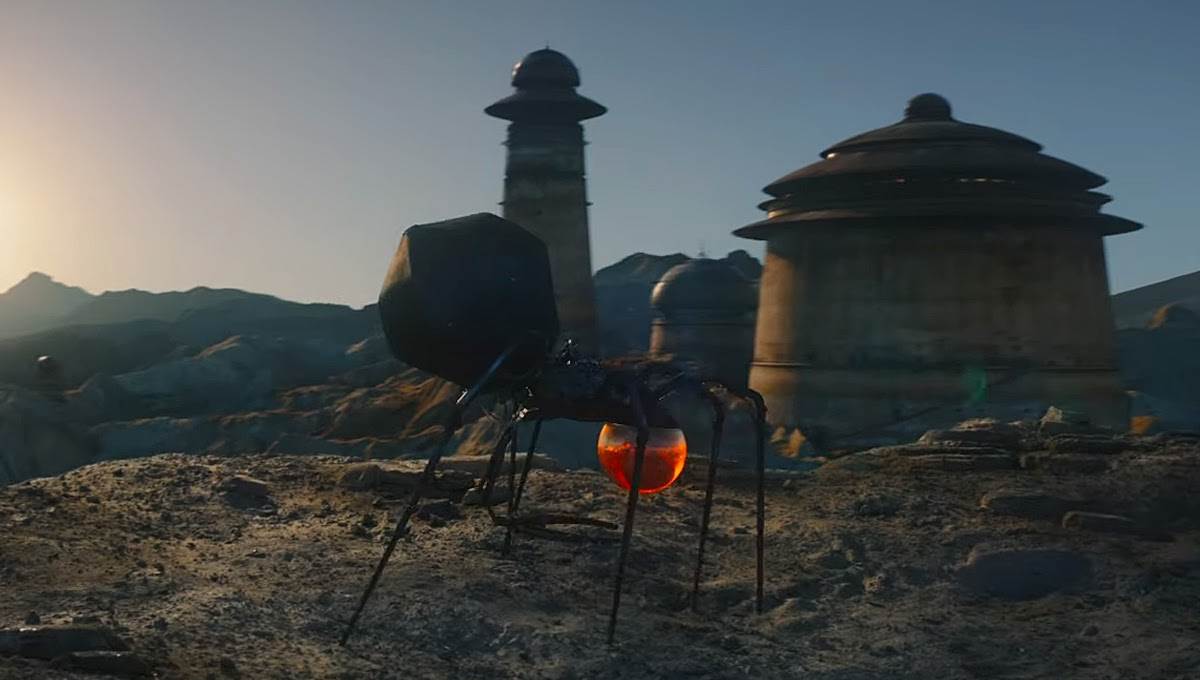 1 – B’omarr Monk: In a shot from the first trailer for The Book of Boba Fett, this spider-like creature strolls past Jabba’s Palace on Tatooine. But the monks of the B’omarr order are really sentient being who had their brains removed and placed in droid bodies. Weird, right? We first saw one in Return of the Jedi.

2 – R5 Series Droid: This model of astromech is actually considered to be of lesser quality than the R2 series. One named R5-D4 famously blew a bad motivator in the original Star Wars film, but here 8D8 uses a darker-colored one as a holoprojector. 3 – Klatooinians: We’ve talked about Trandoshans and Aqualish in these roundups before, but the other alien species mentioned by 8D8 have been seen in everything from Return of the Jedi to The Clone Wars to The Mandalorian. 4 – McDonaldland: As several Twitter users have observed over the past week, if you say the name “Mayor Mok Shaiz” several times fast, it sure sounds an awful lot like the character of Mayor McCheese from the McDonald’s ads of the 1970s and 80s. Is this intentional? We can only hope so.

5 – Water Monger: As previously established, water is a hot commodity on Tatooine, but this character (named Lortha Peel and played by NewsRadio’s Stephen Root) appears to be the middleman between the moisture farmers and those who desperately need hydration in Mos Espa. We also get a couple more reminders that Tatooine itself was once covered in oceans… I have to wonder if that fact will eventually come into play.

6 – “Half-Man, Half-Machine”: Peel says the gang members “modify their bodies with droid parts,” which immediately brought to mind Star Wars’ most famous cyborg Darth Vader for me, not to mention Lando Calrissian’s pal Lobot and The Book of Boba Fett’s own Fennec Shand.

7 – American Graffiti: The biker gang’s souped-up rides in this episode aesthetically reminded me of the many colorful hot-rod cars from George Lucas’s smash-hit 1973 coming-of-age feature film.

8 – Mos Eisley Spaceport: This is the first mention of Mos Espa’s sister settlement in The Book of Boba Fett. Obviously this is the “wretched hive of scum and villainy” visited by Luke Skywalker, Obi-Wan Kenobi, and the droids in the original Star Wars. 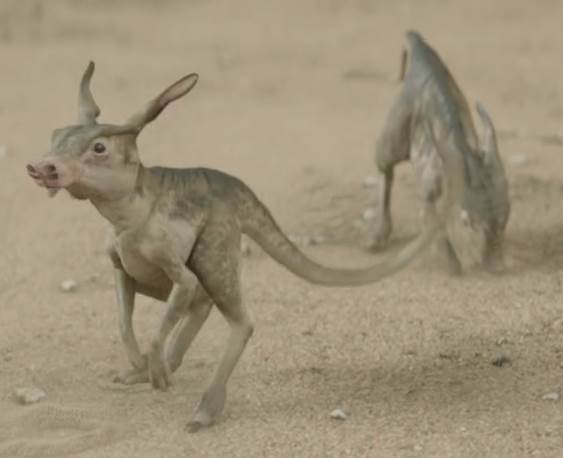 9 – Scurrier / Sand Bat / Worrt: This trio of Tatooine fauna that consume each other in rapid succession outside Jabba’s Palace quotes and builds upon a humorous establishing shot (and burp) from Return of the Jedi.

10 – Stormtrooper Helmets: In a flashback, Boba Fett sees a citizen of Mos Eisley placing Imperial helmets on pikes, a view that bounty hunter Din Djarin later walks past in The Mandalorian episode “The Gunslinger.” 11 – Peli Motto: The ship mechanic character played by comedian Amy Sedaris in several episodes of The Mandalorian walks through the background with her faithful Pit Droid entourage. 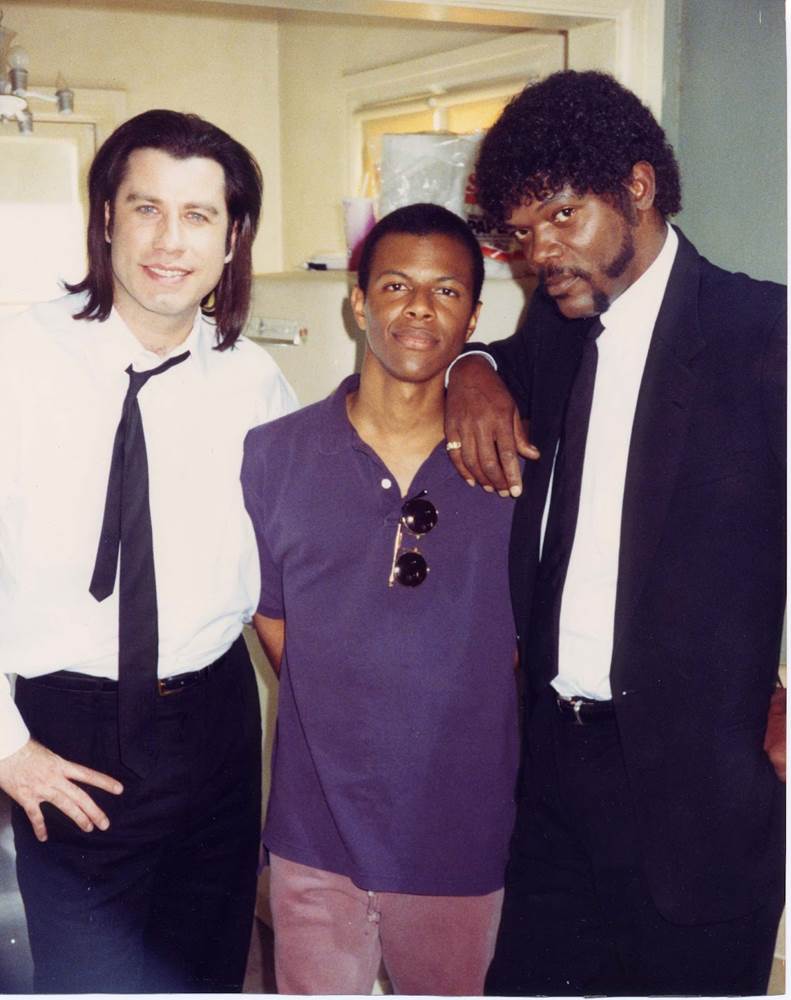 12 – Phil LaMarr: The leader of the Pyke Syndicate in Mos Eisley is voiced by actor Phil LaMarr, who is perhaps most famous for getting shot in the face in Quentin Taratino’s Pulp Fiction, but has also voiced animated characters in Star Wars: The Clone Wars, Star Wars Rebels, and Star Wars Resistance. 13 – Oba Diah: The Pyke mentions the homeworld of his species, which was first seen in The Clone Wars. 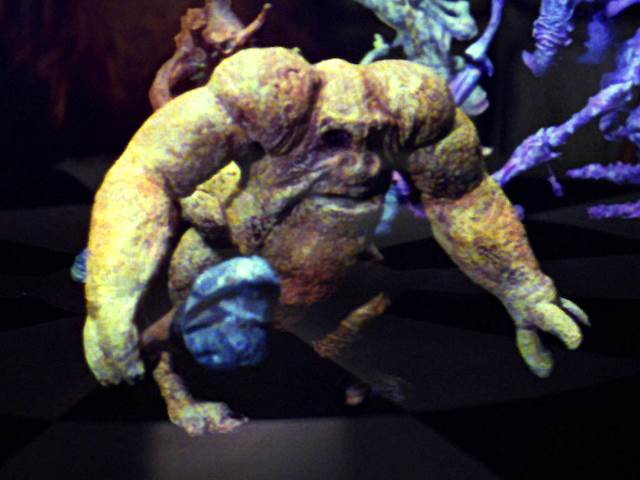 14 – Kintan Striders: Named after one of the famous Holochess (Dejarik) pieces seen in A New Hope– which in-universe is named after a creature from the Nikto homeworld. This is evidently the gang we’ve seen pop up in the past couple episodes who leave their spray-painted mark on their conquests, and the mystery of what the skeletal creature was on the back of their jackets has now been solved. 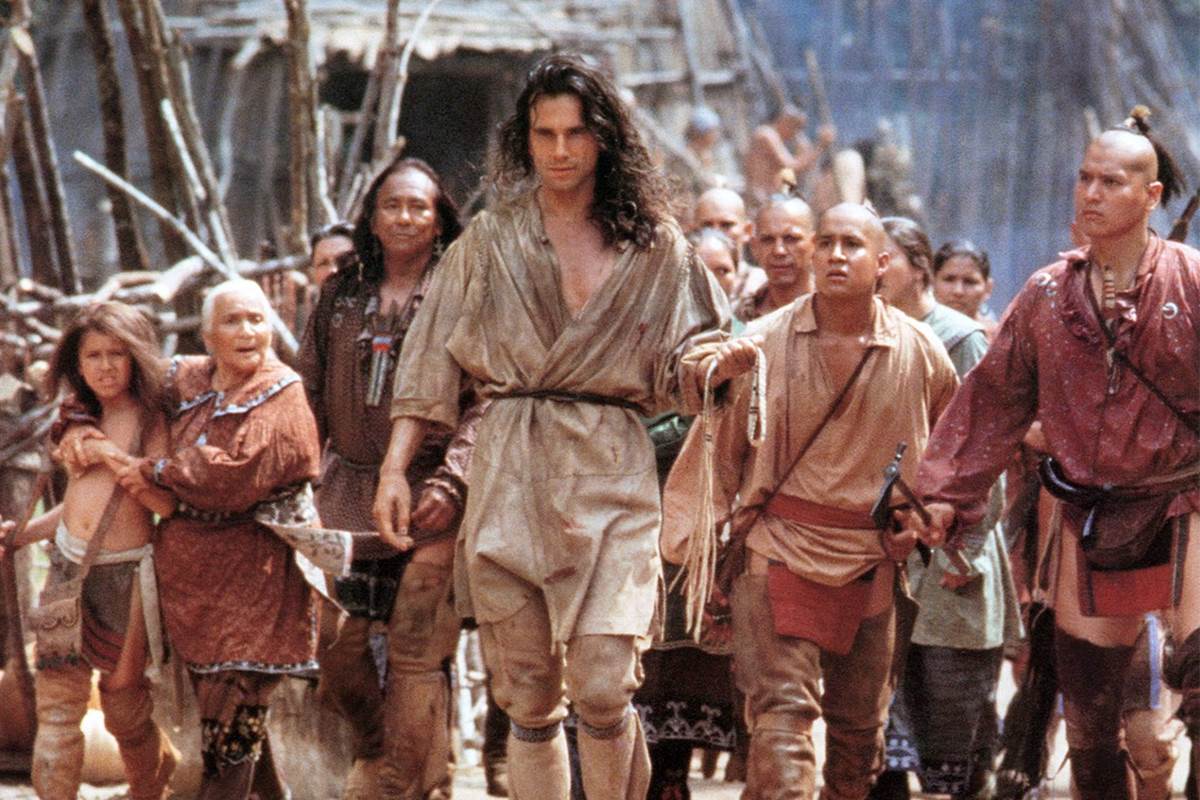 15 – The Last of the Mohicans: As others have observed, the relationship between Boba Fett and the Tusken Raider tribe echoes elements of the plot of this 1826 historical novel and the numerous films and television series it inspired, a trend that continues in this episode.

16 – Electro-Knuckles: The Wookiee bounty hunter Black Krrsantan uses this weapon (the Star Wars equivalent of brass knuckles) in his fight with Boba Fett, and the biker gang’s weapons used in this battle– including an electro-chain– are fairly noteworthy as well. 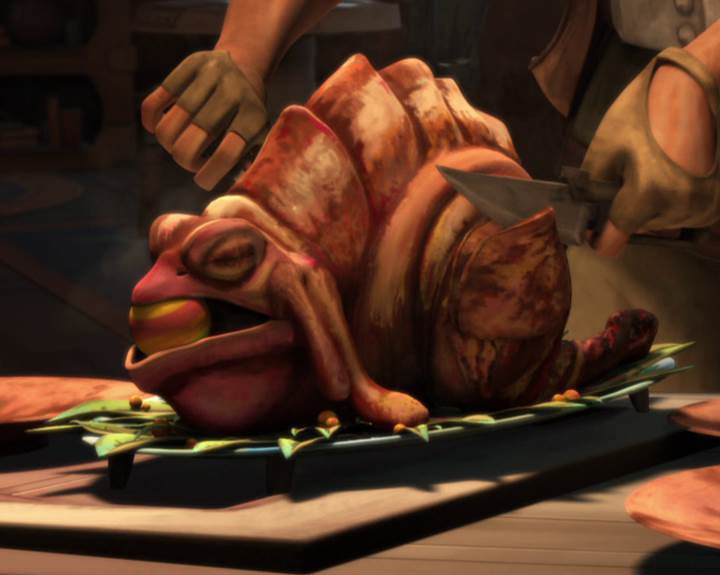 17 – Roast Nuna: Boba Fett and Fennec Shand chow down on this tasty-looking dish, which has popped up both as a living creature and as food in numerous Star Wars stories. You can also purchase Nuna jerky to try for yourself at Disney Parks’ Star Wars: Galaxy’s Edge. 18 – Danny Trejo: This episode was directed by The Book of Boba Fett executive producer Robert Rodriguez, and where he goes, actor Danny Trejo (Machete, From Dusk Till Dawn, Planet Terror) follows. 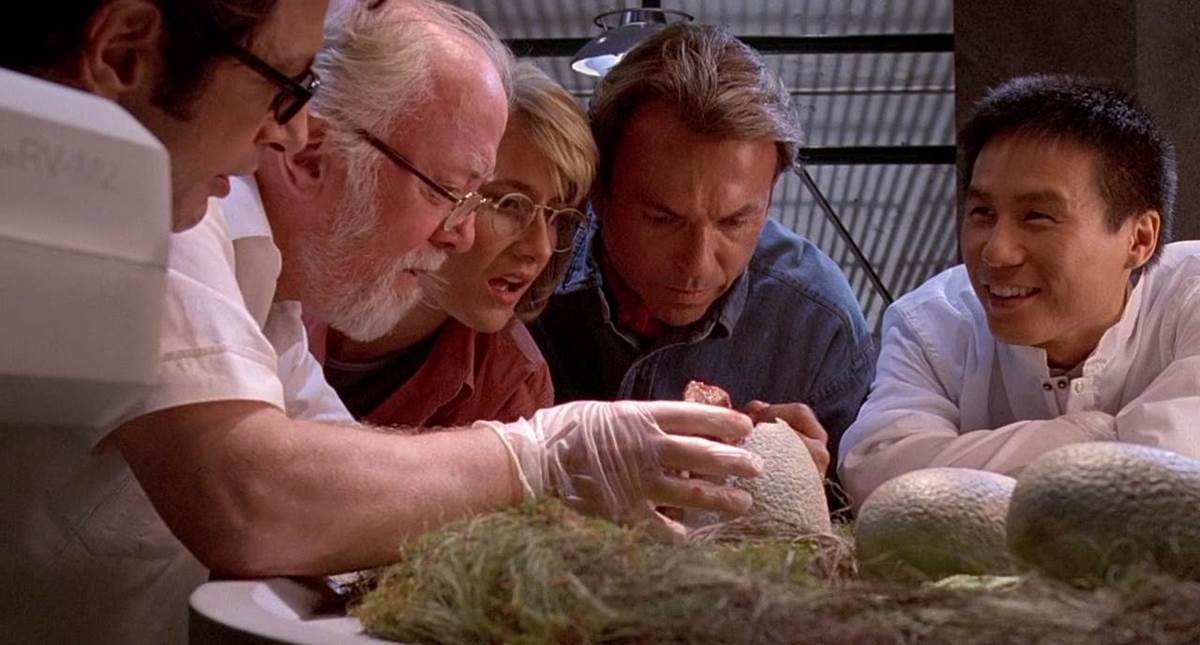 19 – Jurassic Park: “It imprints on the first human it sees,” says Trejo’s Rancor trainer. This is a paraphrased quote from the 1993 blockbuster Steven Spielberg film, specifically the scene in which a baby velociraptor hatches out of an egg in the theme park’s laboratory. 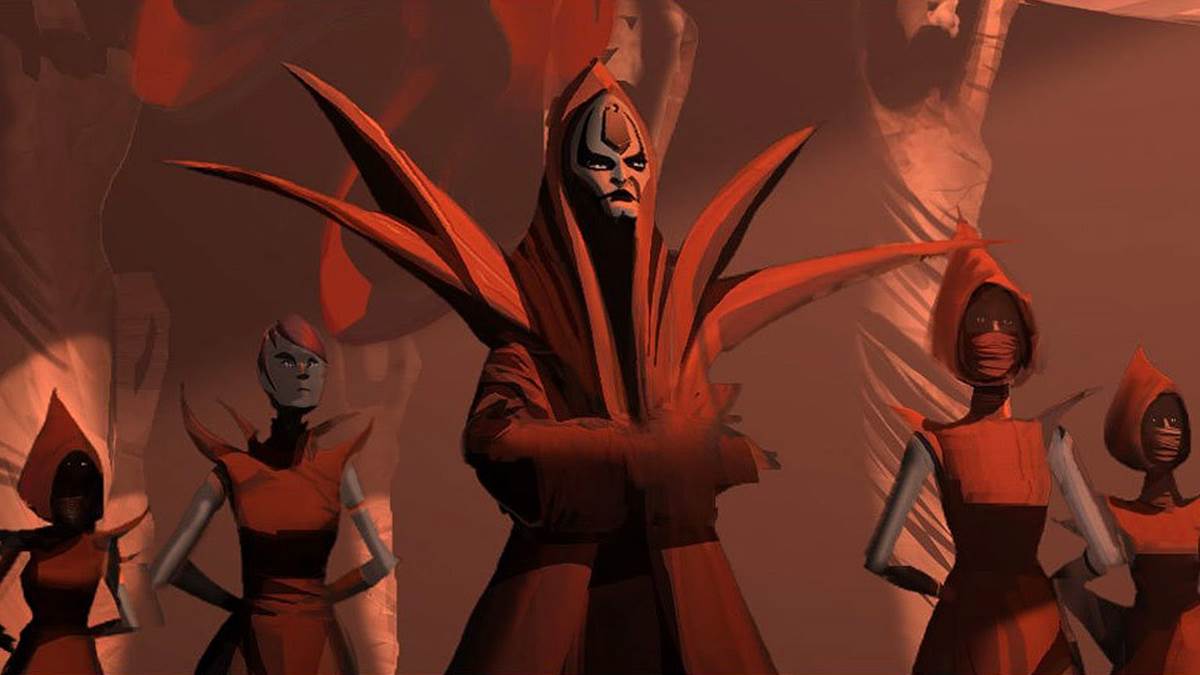 20 – The Witches of Dathomir: I have to admit I never thought I would hear Danny Trejo say this phrase. This is, of course, a reference to the Nightsisters who were regular characters in The Clone Wars, but also to the witches from the Star Wars Expanded Universe that inspired them. 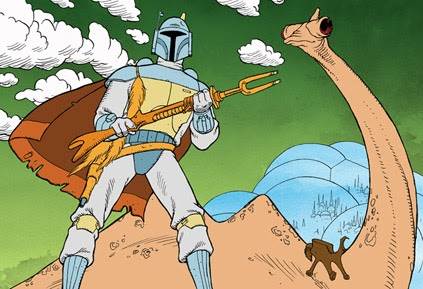 21 – The Star Wars Holiday Special: Boba Fett says, “I’ve ridden beasts ten times its size” when talking about the Rancor which he did in his very first on-screen appearance. In the current canon, that enormous creature is known as Paar's ichthyodont. 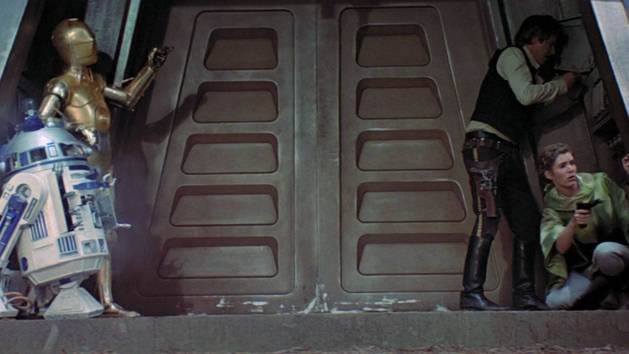 22 – Slicing the Door: Fennec Shand does this to get into Mayor Mok Shaiz’s office, and we’ve seen it happen a number of times before in Star Wars storytelling, either by blaster, droid, or hot-wiring. 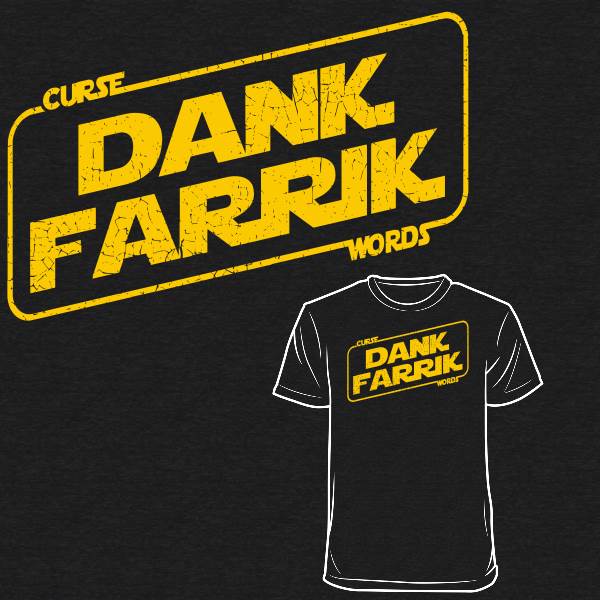 23 – “Dank Farrik!”: One of my favorite Star Wars swears, it first appeared in The Mandalorian.

25 – Ralph McQuarrie Concept Art: Also during the chase, two citizens of Mos Espa are carrying an in-universe representation of this iconic art by the legendary Star Wars concept artist (I admittedly failed to spot the McQuarrie reference in the Tusken Raider lean-to last week, but this one was hard to miss).

26 – Rickshaw Droid: We’ve seen this guy before, or at least one just like it, carrying Anakin Skywalker and Padmé Amidala through the streets of… you guessed it– Mos Espa. Here it’s carrying two members of the Bith species. 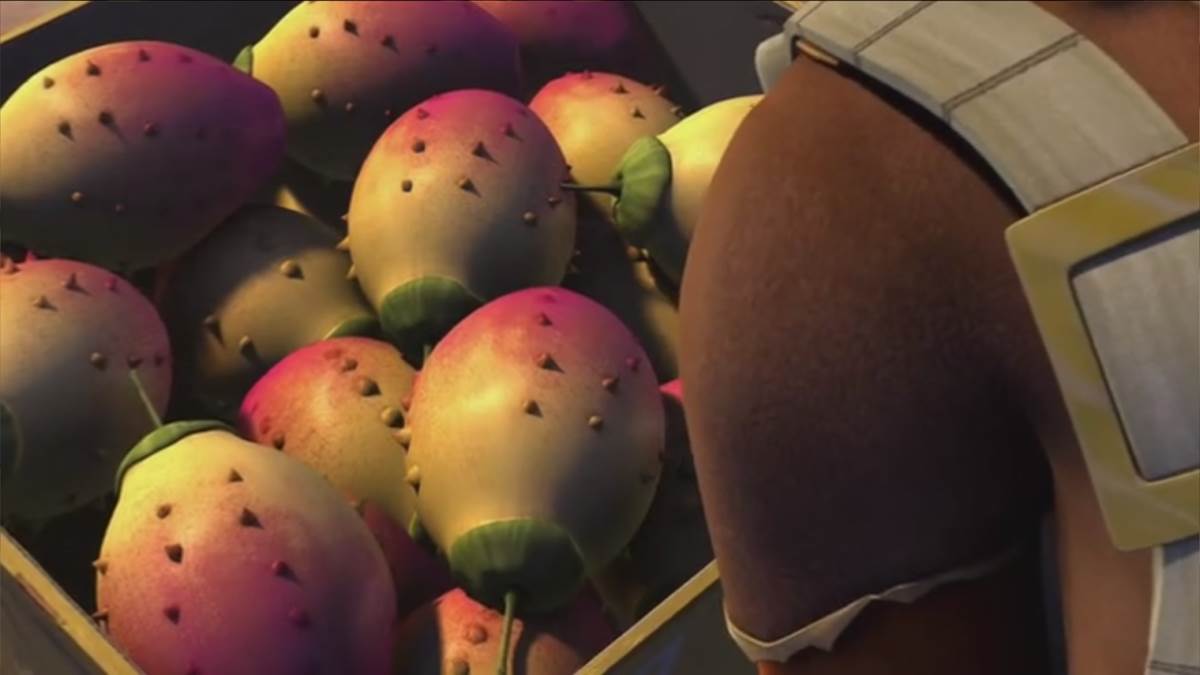 27 – Meiloorun Fruit: First mentioned in an Expanded Universe novel, this melon has carried over to the current Star Wars canon via Rebels, The Bad Batch, and Star Wars: Galaxy’s Edge, among other appearances. 28 – Jetpack: This is the first time we’ve seen Boba Fett use his most famous mode of personal transportation in this series. Apparently he’s had it fixed since Cobb Vanth broke it again in The Mandalorian. 29 – Holoprojector Booth: Similar to an Earthly phone booth, this tech is usually hand-held, built into droids, or set on a pedestal for personal use. But it looks like anyone with a credit to spare can make a hologram call from this public wall unit as well. BONUS – Hoojib(?): I’ve seen several people guessing that the creature the male Hutt twin uses to mop his brow may be a Hoojib from the 1970s Marvel Star Wars comic-book series (and other Legends stories), though it lacks that species’ trademark floppy ears. It popped up again this week, so I thought I’d note it, but we’ll have to wait for official confirmation to be sure. 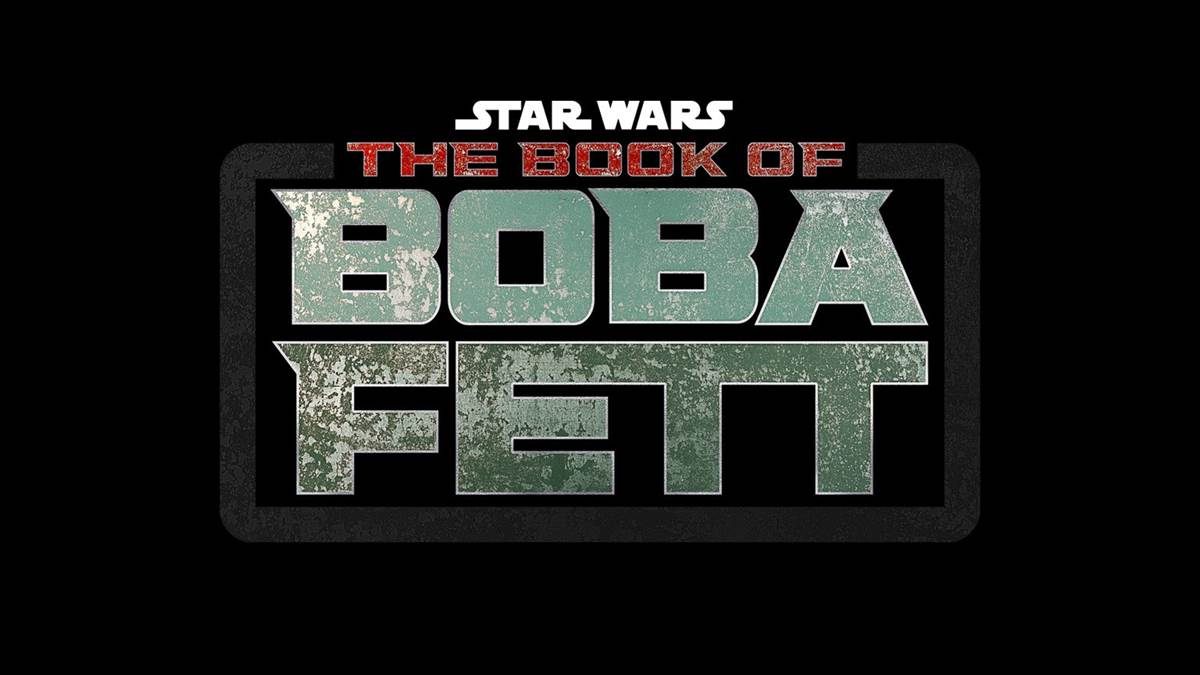 I’ll be looking for more Easter Eggs in more episodes of Star Wars: The Book of Boba Fett as they are released over the next four Wednesdays, exclusively on Disney+.