With The High Republic’s initial phase wrapping up in both the novels and comics from Lucasfilm Publishing and its licensees, the pieces are starting to fall into place concerning a mystery that has plagued the Jedi for months, both in real-world and in-universe time.

Back in Cavan Scott’s novel Star Wars: The High Republic – The Rising Storm (released last summer), readers were introduced to a nameless new menace capable of draining the Jedi of their powers and sense, ultimately leaving them a lifeless husk of dust on the ground if they were exposed to it for too long. And the Marvel Comics miniseries Star Wars: The High Republic – Trail of Shadows, written by Daniel José Older with excellent, emotive art by Dave Wachter, followed up on that conundrum by launching an investigation as to who or what this terrifying being– intriguingly referred to as the “Leveler” in non-canonical interviews with the High Republic authors– might be. 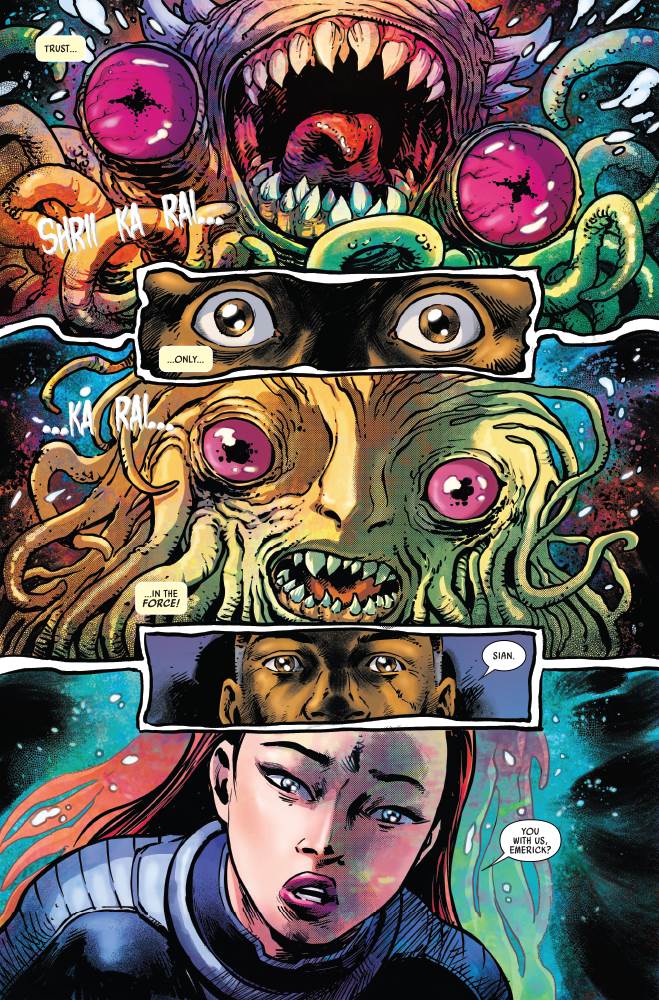 Over the previous four issues, Jedi Master Emerick Caphtor has teamed up with private investigator Sian Holt to look into this puzzling enigma, and their path has led right back to the enormous space station known as Starlight Beacon– the Jedi Order’s home base in the Outer Rim. Of course, they happen to arrive there just as the calamitous disaster depicted in Claudia Gray’s book Star Wars: The High Republic – The Fallen Star is taking place. With the help of two Chadra-Fan companions (one a helpful citizen on the side of good, the other a deliciously amoral scientist), they must board the doomed station to help evacuate survivors– and to hunt for one of the creatures, which are now plaguing Starlight Beacon. This is a fantastic climactic issue for Trail of Shadows, with Caphtor and Holt (still love that buddy-cop partnership name) crossing paths with Master Torban “Buckets of Blood” Buck and the Padawans he’s seeking to rescue. But that can’t happen until Caphtor gets the evidence he needs so the Jedi can study the beast’s anatomy and hopefully come up with a way to defend against it. There’s a terrific scene in which the two detectives must brave the effects of the Leveler (we do learn its real name in this issue, in a way, though I won’t reveal that information in this review) in order to get physically closer to it, and that’s where this comic’s art and writing really come together to deliver something special. And though this miniseries has come to an end, the aftermath of these events teases more to come for The High Republic and our protagonists’ inquiry into the nature of this threat. But for now I’m just incredibly satisfied to have consumed a top-notch film-noir murder-mystery story set in the Star Wars universe. 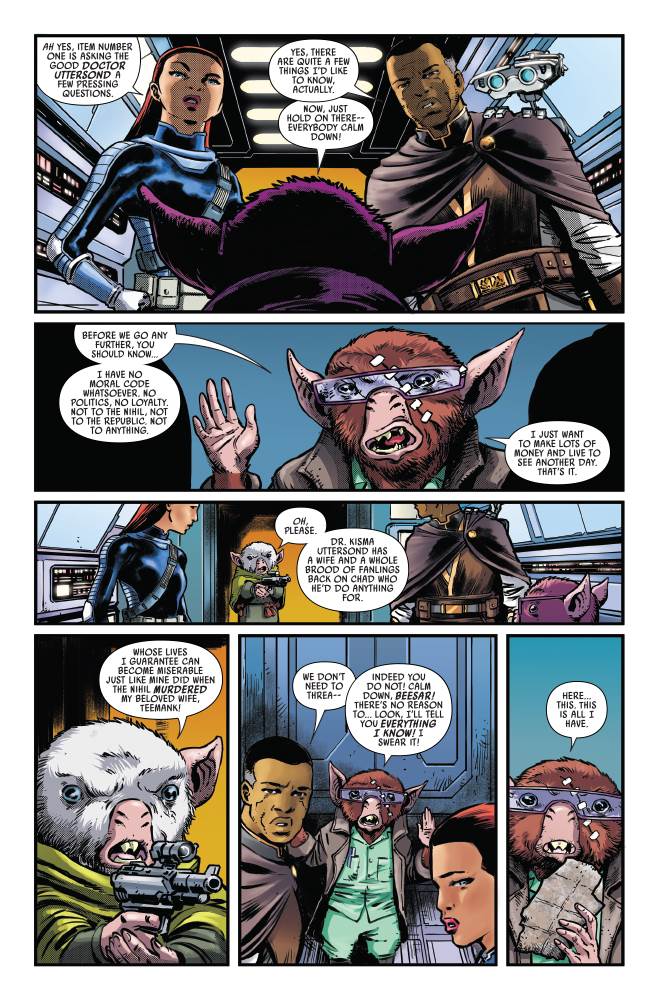 Star Wars: The High Republic – Trail of Shadows #5 is available now wherever comic books are sold.