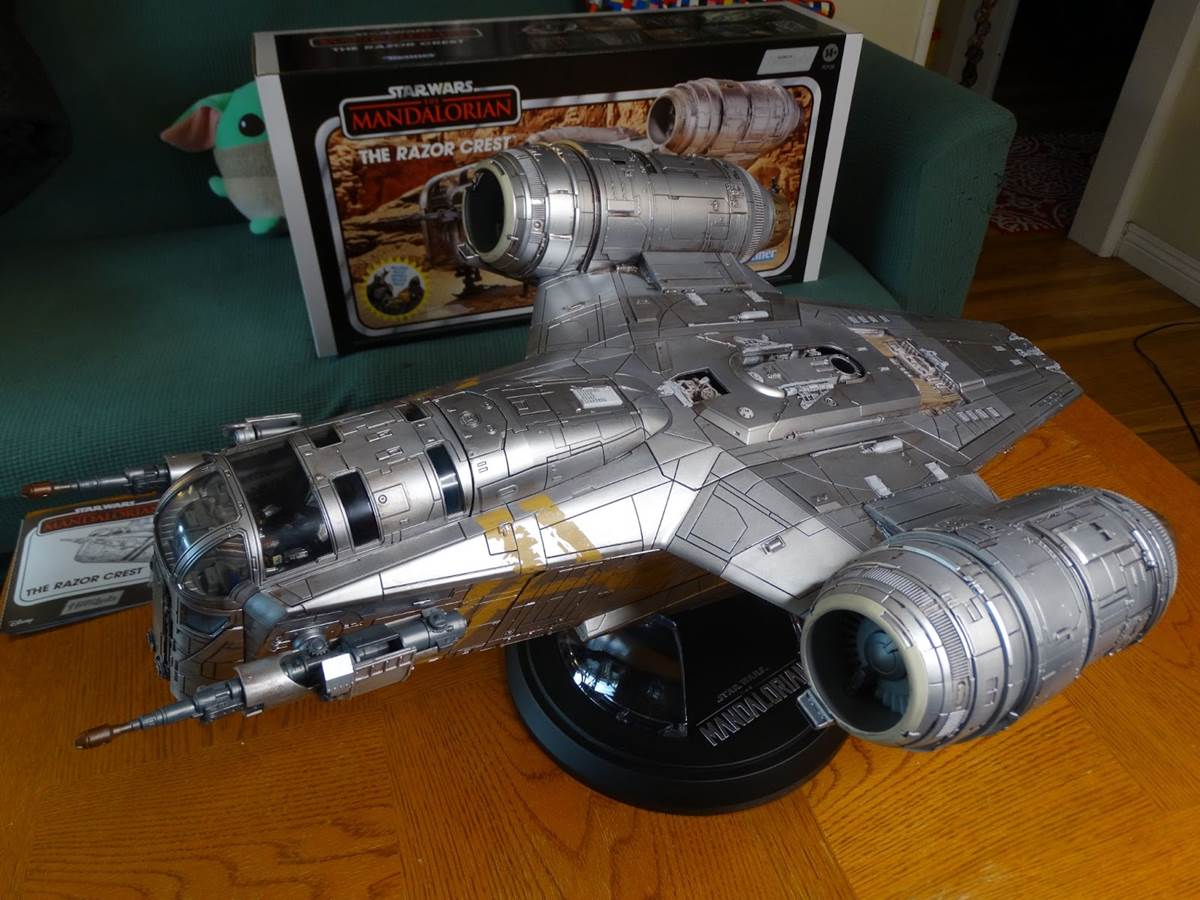 In the fall of 2020, Hasbro held its HasLab Razor Crest project in a beyond-successful push to crowdfund the famous ship from the smash-hit live-action Disney+ Star Wars series The Mandalorian.

Now, almost a year and a half later, HasLab’s Razor Crest vehicle has finally shipped to backers, and we received ours late last week. In the video embedded below, I unbox and review this amazingly detailed toy from Hasbro’s Star Wars: The Vintage Collection.

The HasLab Star Wars: The Vintage Collection The Mandalorian Razor Crest includes the instantly iconic ship itself in the 3 ¾-inch scale made famous by Kenner’s original 1970s Star Wars toys, plus action figures of Din Djarin, Grogu, and the Offworld Jawa Elder (the last two coming on The Mandalorian-branded cards).

The ship also features removable panels revealing the inner workings underneath, opening doors, lowering ramps, a carbon-freezing chamber with four bounty-hunted prisoners in carbonite blocks, an armory stocked with all of the Mandalorian’s many weapons, a vacc tube for when the Razor Crest’s passengers need to relieve themselves, Grogu’s sleeping quarters, netting for gear storage, and an additional item compartment, plus a cockpit with three seats as on the show.

While creating the unboxing video seen above, I was continuously floored by the amount of intricate detail and attention that went into creating a Razor Crest that was as close as possible to the source material. And when placed in a flying position on the included transparent display stand, the ship could almost pass as one of the scale models created by Industrial Light & Magic for production of The Mandalorian. This is an amazing collectible that will look great on Star Wars fans’ toy shelves for many years to come. 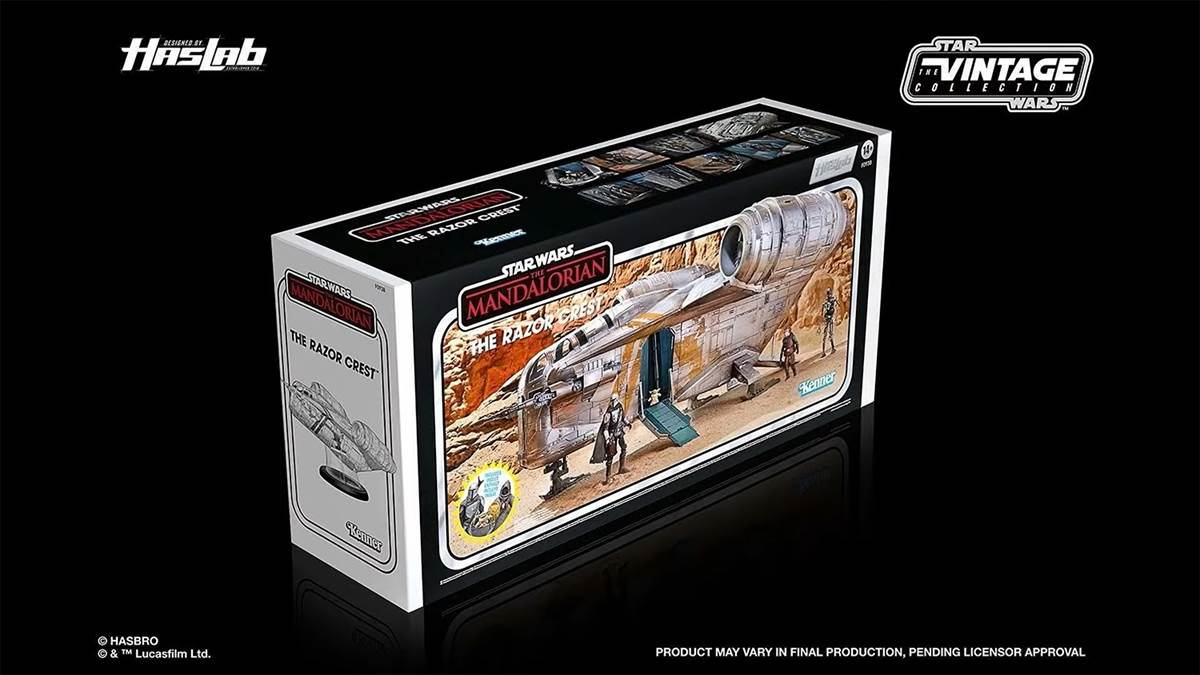 Hasbro’s Star Wars: The Vintage Collection The Mandalorian Razor Crest was only available through its HasLab crowdfunding program. For additional information, be sure to visit Hasbro’s official website.