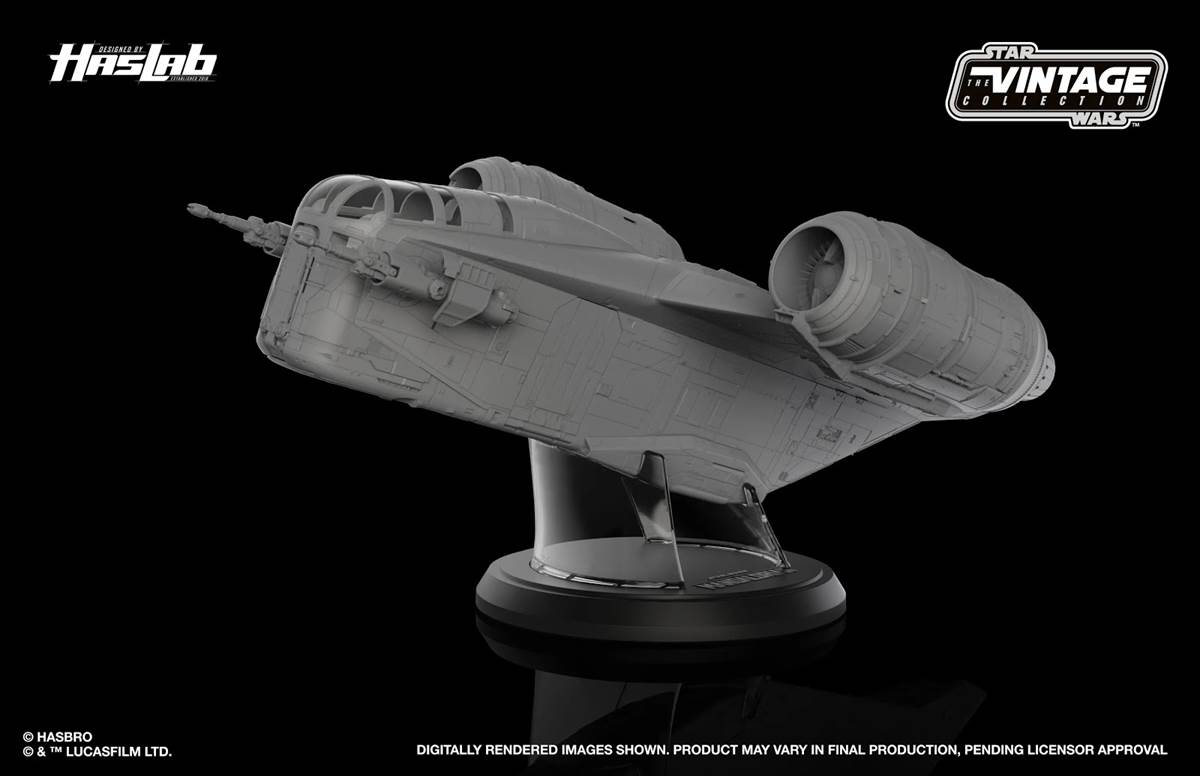 Over a month ago, Hasbro’s HasLab division announced its next major Star Wars project (after 2018’s enormous Jabba’s Sail Barge): Din Djarin’s Razor Crest ship from The Mandalorian. Of course, the crowdfunding campaign for this highly anticipated vehicle in The Vintage Collection quickly met its initial goal, then began accumulating extra features thanks to a series of stretch goals: first there was an Escape Pod, then an action figure of The Child with his floating pram, then four Carbonite Blocks as seen in the series’ first episode.

Now, as HasLab’s Razor Crest campaign has cruised past the 13,000 backer mark and fast approaches its November 9 deadline, the company has announced two additional stretch goals for the project: a very nice-looking display stand at 15,000 backers and an exclusive Jawa action figure at 17,000.

Hasbro describes the above images as a “Clear display stand. Display the Razor Crest on your shelves with this slightly tilted stand to make it look like the ship is in flight.” And below, the “Offworld Jawa Elder (Arvala-7) with exclusive Kukri knife, Necklace, open Mudhorn egg, and card back you can only receive with the HasLab Razor Crest. (Prototype shown. Final product may vary in color or detail.)” While receiving both of these upgrades with the Razor Crest would be incredibly cool, I’d also be pretty satisfied to get the set as it stands at the moment– with the Carbonite Blocks being the stretch goal I was most excited about.

To unlock both the display stand and the Jawa, the HasLab Razor Crest campaign must reach 17,000 backers before Monday, November 9. For more information on the project or to submit your own pledge, be sure to visit the official Hasbro Pulse website.