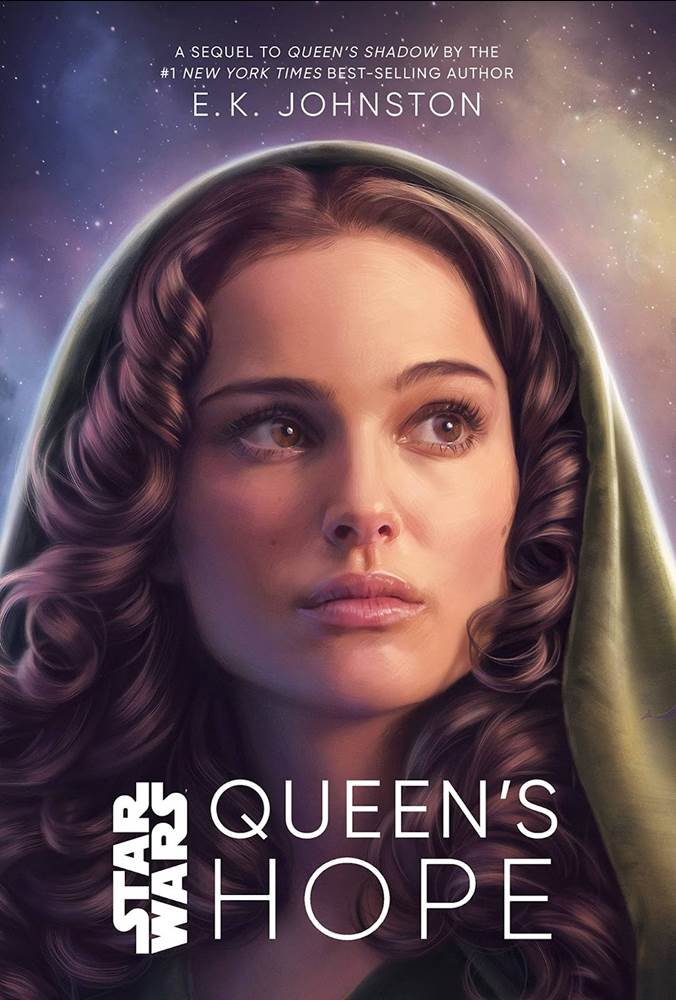 Two weeks from now, Lucasfilm Publishing will release Star Wars: Queen’s Hope, the concluding novel in a young-adult trilogy focused on the character of Padmé Amidala and set during the prequel era of the Star Wars timeline. 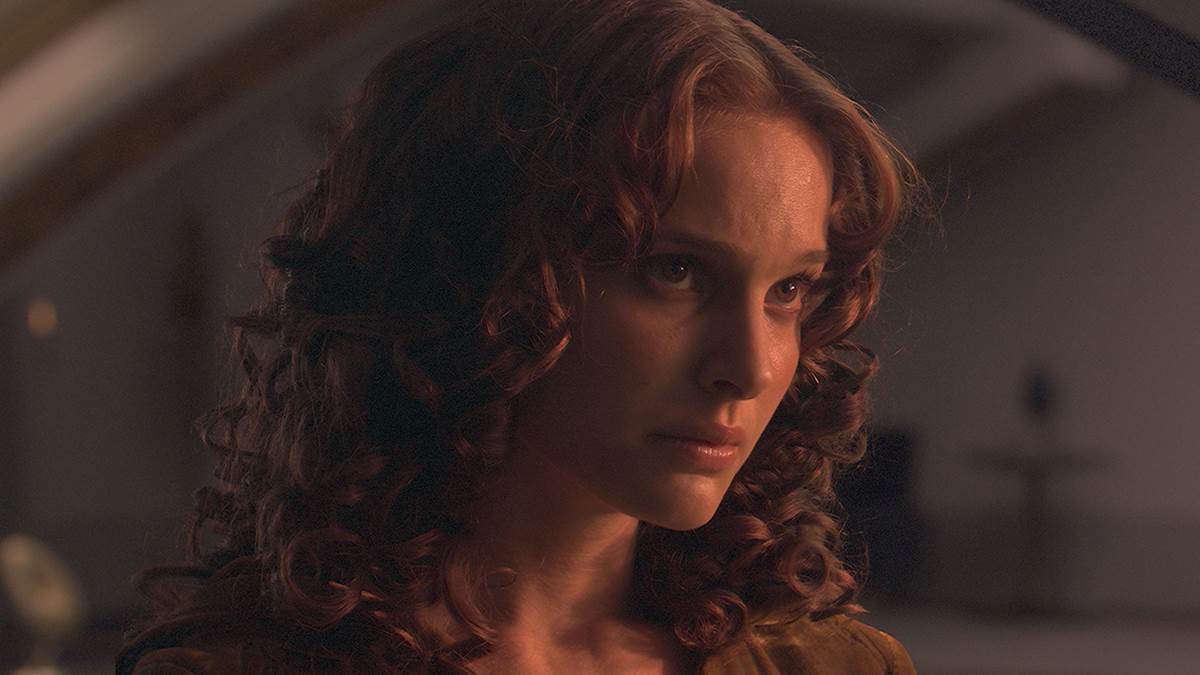 Queen’s Hope sees Padmé and Anakin both hiding their romance even from those they trust most in their lives, which becomes a major theme as the novel goes on… but there is also a sufficient amount of the galactic political intrigue and interplanetary adventure one would expect from a story about this particular queen-turned-senator from Naboo. After settling a local diplomatic dispute on Amidala’s home planet, our literal star-crossed lovers are married, and then Anakin goes off to fight in the war and leaves Padmé to her life in the senate, though she is quickly called away on another secretive mission to the front lines, delegating her handmaiden double Sabé to fill in for her in the senate on Coruscant, where she must deal with well-intentioned allies like Bail Organa and furtively conspiratorial enemies such as Supreme Chancellor Palpatine (really Sith Lord Darth Sidious, but you already knew that). We also spend some time checking in on the other handmaidens, whose stories have been fleshed out across these three novels enough to satisfy anyone who ever wondered what life was like for all those girls standing behind Amidala in Episode I.

Here’s the thing: E.K. Johnston is a fine writer, and I keep meaning to check out her novel Ahsoka because it’s probably going to be a good thing to read before that character gets her own live-action Disney+ series next year, but after three whole books I still can’t bring myself to care too much about Padmé and her handmaidens. It’s more interesting a couple decades later in the timeline when Sabé shows up in Marvel’s Darth Vader comics because of the inherent conflict that’s been gradually coming to a head between those two personalities due to their history (and I’ll say that an accidental meeting between Sabé and Anakin in this novel does add some more baggage to that relationship), but here it all feels a little tepid. However, I will fully admit– as I have in my reviews of the previous two books in this series– that though I am about as big a Star Wars fan as one can get, I am clearly not the target audience of this specific story. There are a whole lot of dedicated Padmé fans out there, however, and those fans are likely to be just as dedicated to following the handmaidens and their arcs, as well. So I will defer to that audience in judging whether this trilogy works or not, because it quite honestly wasn’t for me. 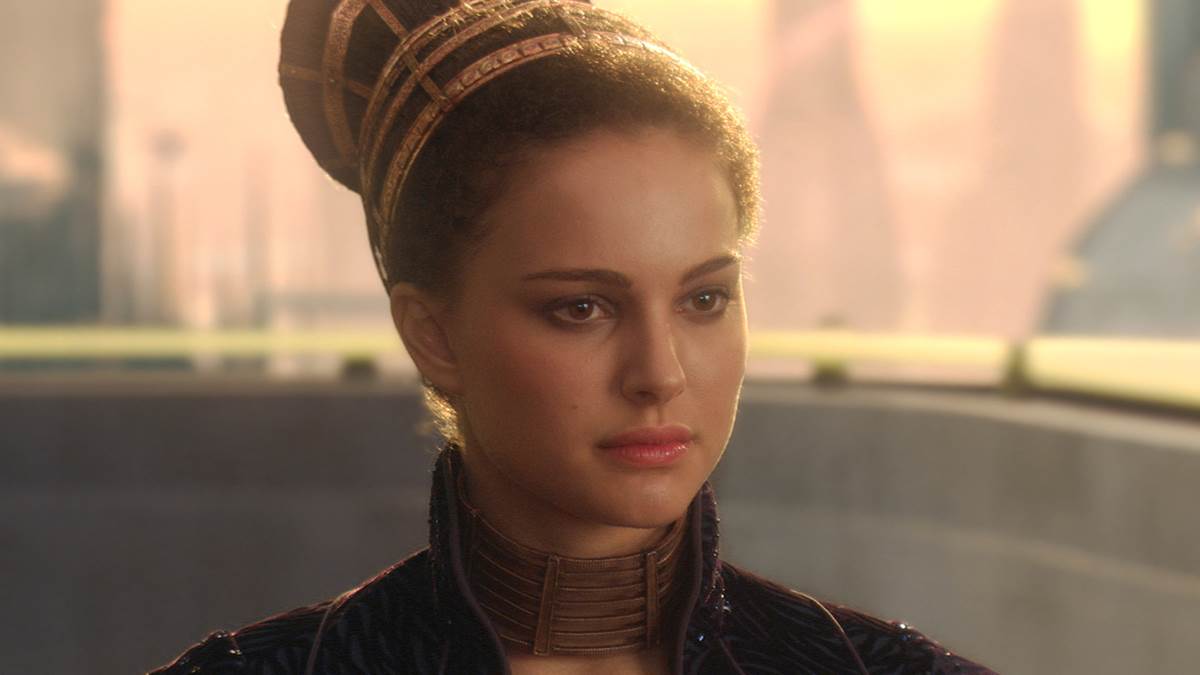 As a side note, I listened to the audiobook read by voice actress Catherine Taber, who famously voiced Padmé in The Clone Wars animated series, and she naturally brings an appropriate air of elegance to the proceedings, but even in that form I kept wishing these novels had gotten inside the characters’ heads a bit more and helped me better understand some of the choices I had always been confused by in the Star Wars prequel trilogy. Padmé seems like such a strong-willed, independent personality, and yet she somehow falls head-over-heels for a petulant brat who basically pesters her until she gives in. The implications of that doomed romantic entanglement are briefly touched upon in Queen’s Hope, but I would have liked to have seen it explored more, especially after Sabé discovers her best friend’s secret. What a perfect opportunity for those two lookalikes to have a heart-to-heart conversation about what exactly it is that Padmé sees in Anakin (Sabé concedes that the Jedi came across as charming but dangerous, an assessment which I suppose I half agree with) as a lover and a soulmate. Instead the topic is mostly just glossed over via a conclusion that gets us closer to the beginning of (and explains Sabé’s absence from) Episode III – Revenge of the Sith, but unfortunately offers no real insight as to what led Padmé down an ill-advised path that would eventually lead to her tragic demise. 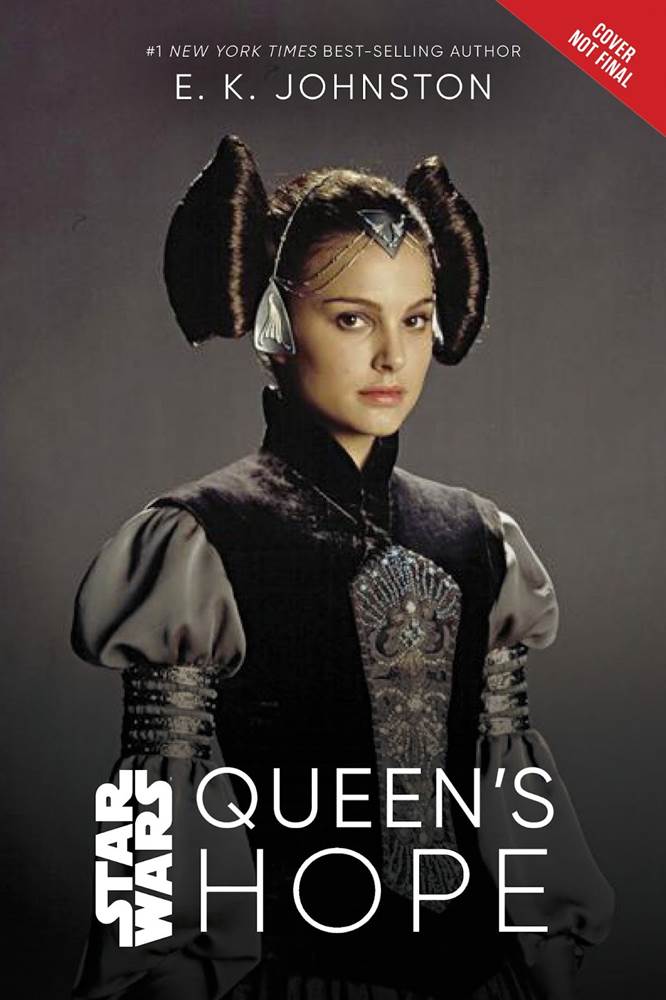 Star Wars: Queen’s Hope will be released on Tuesday, April 5, but is available for pre-order right now.