This morning during WonderCon 2022 at the Anaheim Convention Center (just across the street from the Disneyland Resort), the voice cast and creative team behind the hit FOX animated series Bob’s Burgers appeared at a panel in promotion of the upcoming theatrical film The Bob’s Burgers Movie, which is set to be released at the end of May. 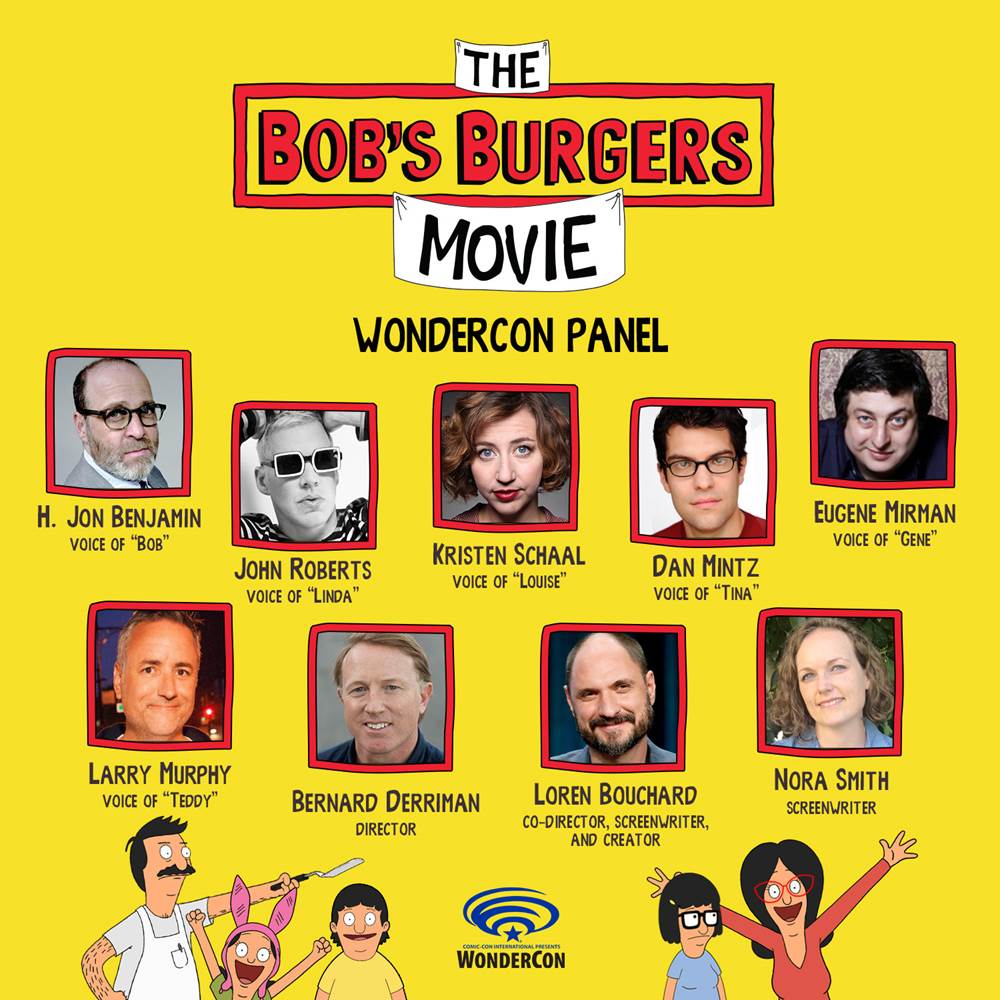 Upon entry to the ballroom hosting the panel, WonderCon attendees were given complimentary The Bob’s Burgers Movie rubber duck “crew” pins and mini-posters. 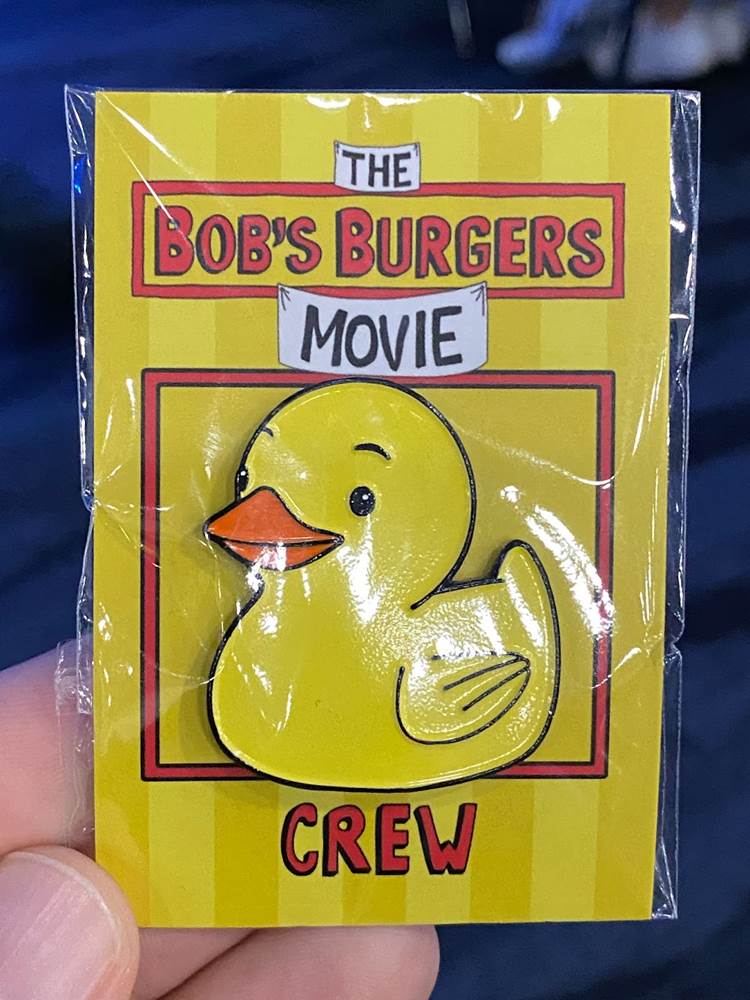 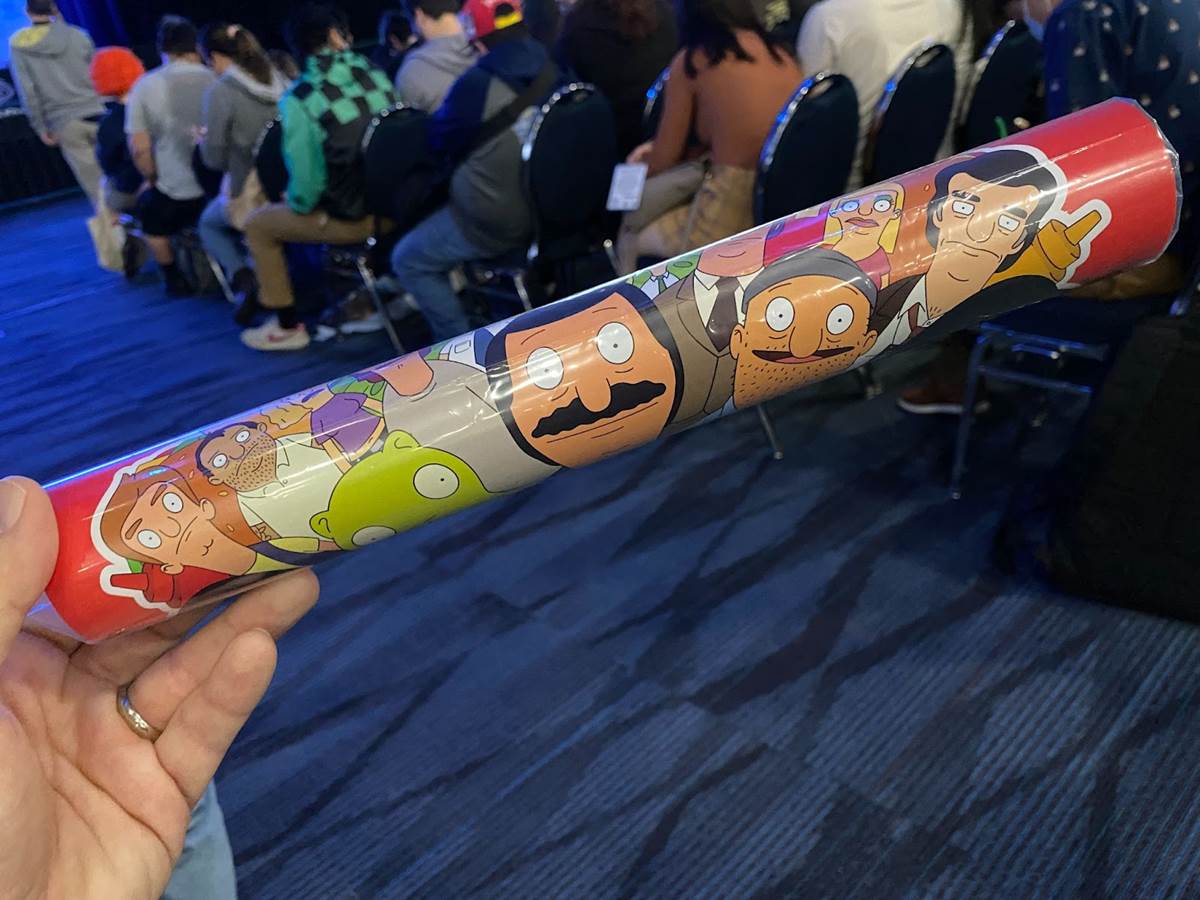 The panel itself started about 15 minutes late (I believe because they wanted more guests to be able to fill the empty seats in the room) but once it finally got going, it was great to see the cast and creators of the series and movie on stage. They came out after the premiere of a new trailer for The Bob’s Burgers Movie, which brought down the house with plenty of big laughs and shocking moments. Loren Bouchard started off by asking the cast what the difference was between recording dialogue for the movie and the TV series, and they also discussed how the film was put together remotely while everyone was separated during the pandemic. Several of the panelists noted that the movie is probably better because they had more time to work on it while movie theaters were shut down. “Thank God for variants!” joked Eugene Mirman. 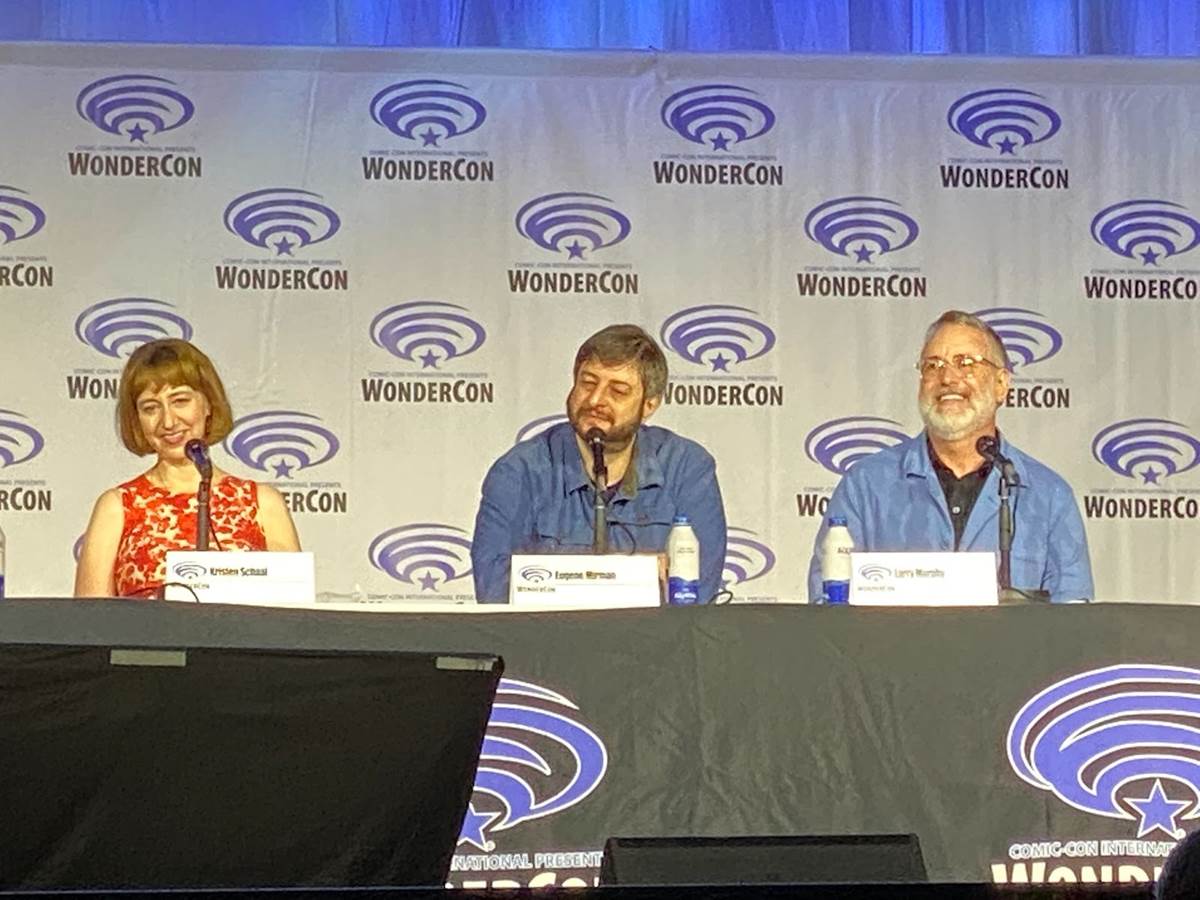 After touching on some upcoming episodes of the series (like a Blade Runner-inspired two-parter that will focus on Tina’s “Erotic Friend Fiction” and an entire episode dedicated to Linda’s long-unseen BFF Ginger), the group moved on to giving the crowd more details about The Bob’s Burgers Movie. Evidently we will learn more about the history of Louise’s bunny ears, and Bouchard even mentioned that the film’s eventual blu-ray release will contain “a lot” of deleted scenes and other material. The movie takes place at “a very specific time,” continued Loren Bouchard. “It’s an important moment… the last week of school before summer vacation.” One of the most fascinating moments came during the Q&A, when a fan mentioned they had discovered Easter Egg-style hints building up in the series that will lead to the events of the movie, such as noticeable cracks forming in the sidewalk outside the restaurant. But the biggest moment of the presentation came when Bouchard announced that the WonderCon audience in that room would be the very first to see the first six minutes of The Bob’s Burgers Movie. I don’t want to spoil too much of what we saw, but I will say that the film opens with a flashback to “six years earlier,” and then cuts to the Bob’s Burgers restaurant, where we are re-introduced to the main characters and the beginning of the movie’s plot via a big musical number. This tease certainly got the audience riled up and ready for the release of The Bob’s Burgers Movie next month. 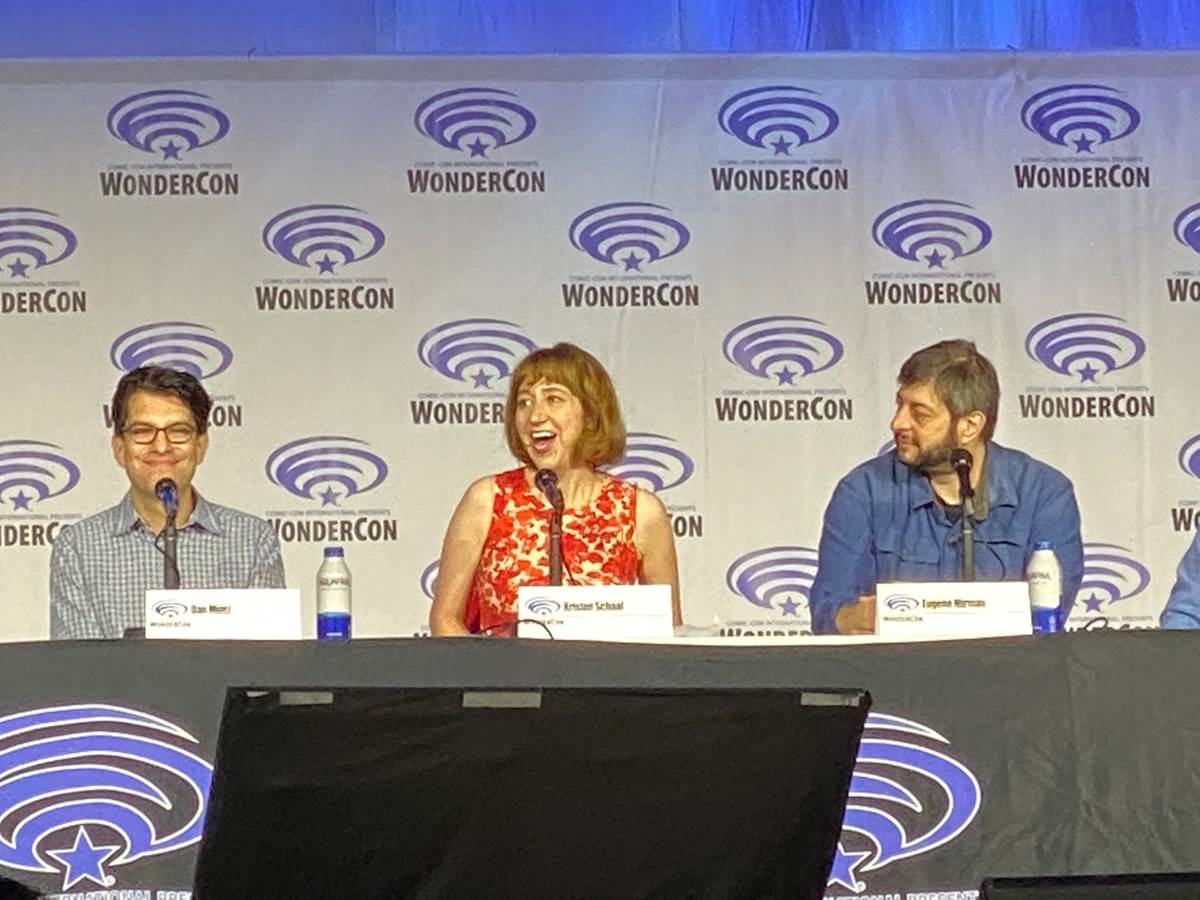 The Bob’s Burgers Movie will be released into theaters on Friday, May 27. 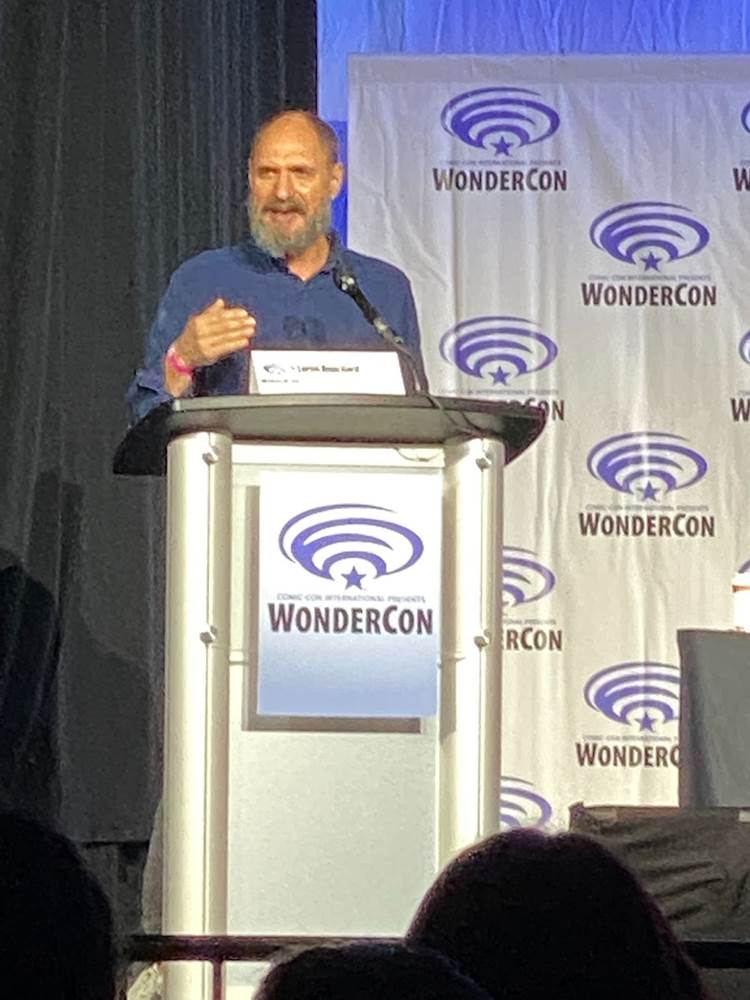