Guardians of the Galaxy: Cosmic Rewind officially opens on May 27th, 2022 at EPCOT. It’s an attraction unlike any other in the Disney stable with elements of a roller coaster and an omnimover. Be sure to read Mike Mack’s review. Where is it located and when does it open?

Guardians of the Galaxy: Cosmic Rewind is located in EPCOT at Walt Disney World. Specifically, it can be found in the World Discovery neighborhood in the building that used to house the Universe of Energy.

How long is the pre-show and the ride?

The two preshows combine to be about six minutes long and the ride itself is approximately three minutes.

How intense is it?

This is tough to pin down because it is subjective. Mack would put this new coaster a very small step below Expedition Everest in Disney’s Animal Kingdom, while Jeremiah says it is less intense than Space Mountain in Magic Kingdom. It can certainly be categorized as a thrill ride and some may find it too intense for their liking. Is there a best or worst place to sit?

Most seats offer the same experience, however, coaster fans will know that the back is the place to be for the slightly more intense experience. As for specific seats, odd-numbered rows will put you in the front of your car and will therefore give you a slightly better view of the show scenes.

What is the height requirement?

The height requirement is only 42 inches

Does it accommodate large riders?

The ride is very accommodating to all body types. Unfortunately, there is no test car outside and the warning sign does have the standard warning that not all body types can be accommodated, but in our experience, it is extremely accessible.

A post shared by On the Go in MCO (@onthegoinmco)

Does it accommodate guests with mobility issues?

Each train of the attraction can accommodate guests as long as they can transfer from a wheelchair into the vehicle. Row 10 (the back row) of each of the vehicles are specially designed with a sliding door so guests do not have to step up to enter.

Does it have Genie+? Virtual Queue?

Cosmic Rewind has been announced to open with a Virtual Queue. That means guests will have to reserve a time to ride and when all times are gone, they’re gone. No standby line will be available.

In addition to these two standard distribution times, Disney has also announced an additional boarding group opportunity on select nights for select guests. Registered guests staying at a Disney Deluxe Resort, Disney Deluxe Villa Resort or other select hotels will have an additional opportunity to request to join the virtual queue at 6 p.m. on certain dates during extended evening theme park hours. Notably, guests with this benefit will not need to be in EPCOT to request to join at that time, but will need valid admission and a theme park reservation for the same park on the same day to experience extended evening hours — or, guests may experience extended evening hours if they have a ticket or annual pass with the Park Hopper option and first enter the park where they made their reservation.

It has also been announced to have Individual Lightning Lane meaning you’ll be able to pay extra to ride and avoid the line completely. The price for this has not been announced and it may vary from day to day. 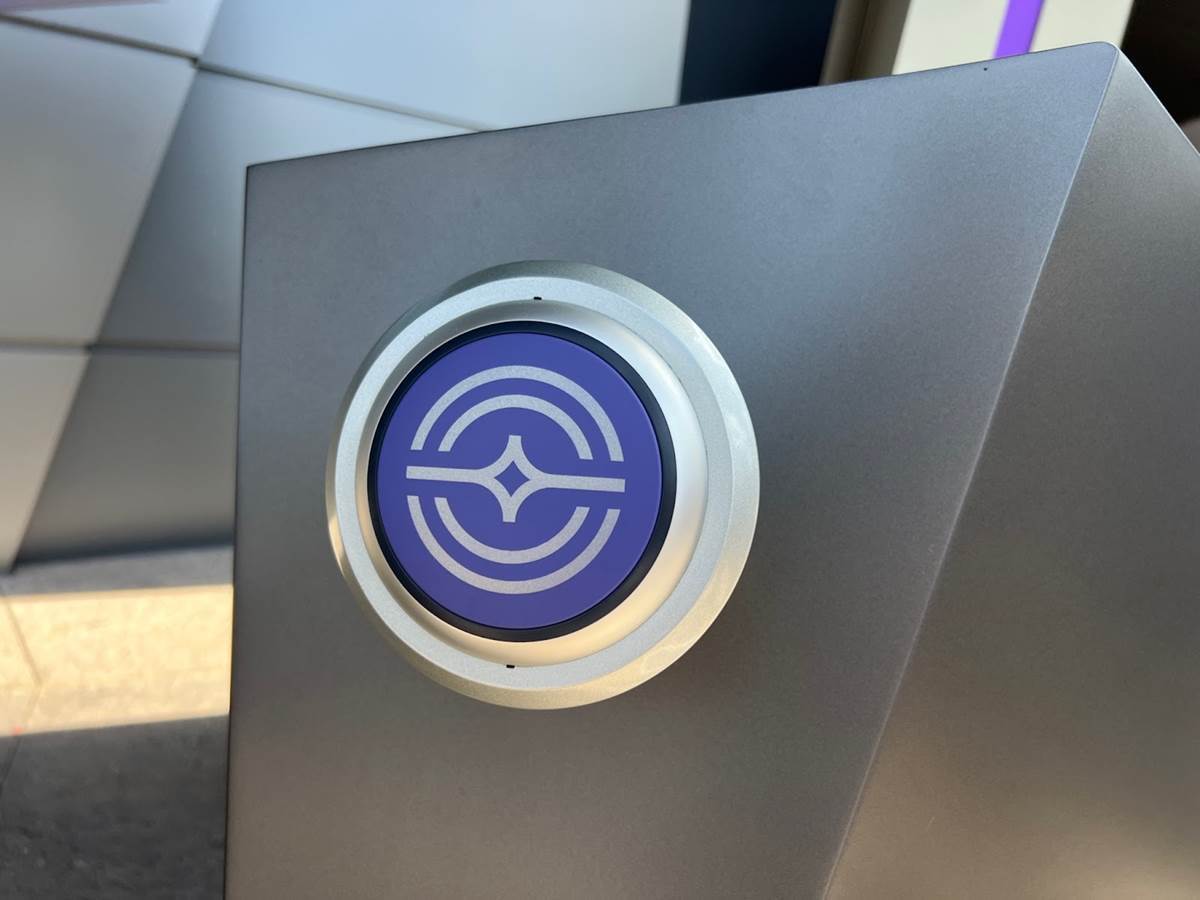 Guests are only able to obtain one virtual queue spot and one Individual Lightning Lane per attraction per day. It is not yet known if a guest can get both on the same day, so depending on that answer, the most one could possibly ride Cosmic Rewind in one day is either once or twice.

Are there any PhotoPass opportunities?

Yes, there are several special PhotoPass shots available including an on-ride shot. We’ve written about them here.

Believe it or not, you actually don’t “exit through the gift shot” after riding. However, you do walk right past it on your way out of the area, so it’s hard to miss. It’s called Wonders of Xandar, and there is a ton of new merchandise. Check it out here.

What is the basic story of the Guardians of the Galaxy: Cosmic Rewind?

The people of Xandar have come to EPCOT to share some of their culture with the… EPCOTers… EPCOTians. Let’s just go with park guests. After guests are teleported to a Xandarian ship, they learn that Eson, a celestial being, has stolen the cosmic generator and plans to use it to jump back in time and stop humanity from ever existing. The Guardians are on the case, but they can’t quite get there in time so they have to send the guests to delay Eson until they can steal the generator back and save the galaxy… again.

What type of ride is it?

Guardians of the Galaxy: Cosmic Rewind is being referred to as an omnicoaster. This means that it is in fact a roller coaster but the ride vehicle also features a controlled turn as the ride progresses. At any given point in the ride, you can be moving forward, backward or sideways, depending on how the scene is playing out around you.

It’s also so much more than just a coaster though, as a story is unfolding around you at all times. Whether it is a screen with incredible visuals or practical set pieces, there is always something to look at during your ride.

Does it have any loops or large drops or go backwards?

The attraction does not feature any loops or large drops. However, it does include a backwards launch and much of the ride is experienced with either backwards or sideways movement.

How many songs are there and what are they?

Classic pop is a hallmark of Guardians of the Galaxy so you have to include it in Cosmic Rewind. Here’s a list of the six songs you can hear while riding. As best as we can tell, it’s completely random which song you will get:

Are there any famous actors that appear in it?

Are there any Easter Eggs?

It’s Disney, of course! We’ve yet to compile an exhaustive list, but one of the best can be found in the queue. It references classic EPCOT attractions. You can read about it here.