Tags: BraviSEAmo!, Happily Ever After, Wishes

Welcome to Disney Extinct Attractions. My name is Cole Geryak, and I’ll be your guide on today’s journey through nighttime spectaculars of yesteryear. 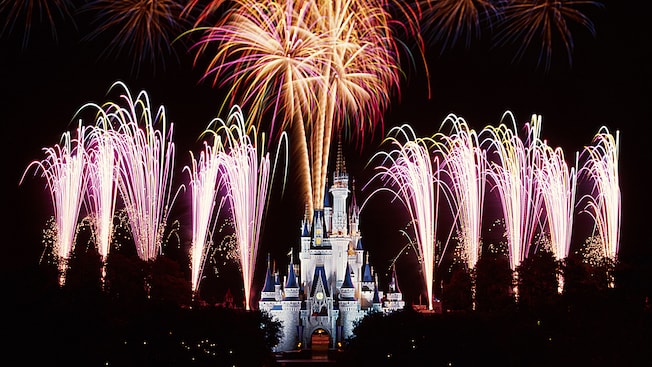 Tonight is the final showing of Wishes, the Magic Kingdom’s nightly fireworks show that has run for 14 years. This show is universally loved by Disney fans, and many are extremely sad to see it go. But before we get too involved with Wishes (don’t worry, I’ll come back to it), let’s head over to Tokyo DisneySea and look at a nighttime spectacular that used to grace its lagoon.

In Tokyo DisneySea’s opening days, they had an original show called DisneySea Symphony. However, the entertainers there knew they wanted a headliner show in the future, so work began in 2002, a year after the park opened. Work primarily occurred at night to get the attraction perfect, and finally, the new show was ready on July 17th, 2004. 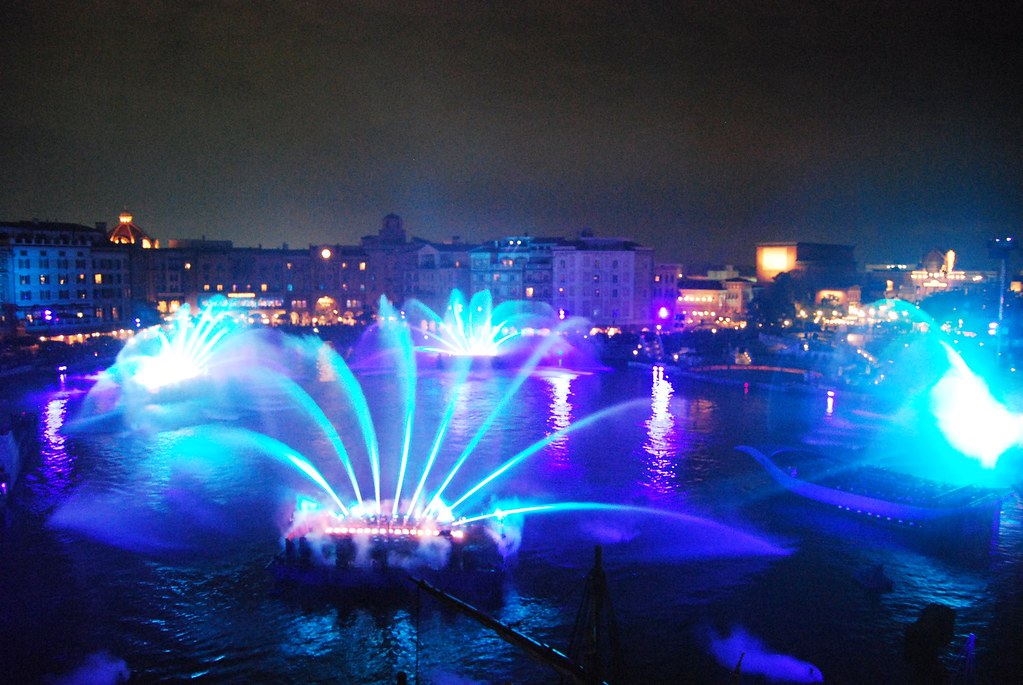 BraviSEAmo! was truly a nighttime spectacular, on par with shows that we now know and love like Fantasmic!. Designed to represent the park as a whole, the attraction brought together the natural beauty of the park and was a great kiss goodnight at the end of the day. Now, there isn’t too much more to the history, but check out the video below to watch the show because I’ll be discussing it at depth right after. Just an FYI, the video is in Japanese, so it’s a little hard to understand if you don’t speak Japanese like me.

This attraction impressed me so much with its beauty. It was one of the simplest stories that I’ve seen in an attraction, a love story between water and fire, embodied by two barges shaped like a humanoid and a dragon-type figure. These figures had a perfect balance with each other and made the show incredible to watch. I can’t quite put my finger on what it was, but this show quickly became one of my favorite extinct attractions that I have ever seen.

The only Disney character to appear was Mickey, but the show still felt very Disneyesque. It had all of the awe that you look for from a Disney show, as well as the beauty. It was unlike any show I had ever seen, and I really applaud the creators for having a vision and sticking to it.

The coolest part of the attraction by far was when the dragon literally emerged from the water and was a functioning animatronic. It also shot fire and had lights on it, all amazing to me considering that it had been underwater literally moments before. My jaw dropped when I saw it happen, and it was actually one of the coolest things I had ever seen in any Disney attraction.

Sadly, this attraction did not last forever, with it coming to a close on November 13th, 2010 to make way for Fantasmic! That marked the third time Fantasmic! had come to life in a Disney park, after making its way to Disneyland and Walt Disney World.

Now that we’ve reached Walt Disney World again, it’s time to dive into Wishes and celebrate its final day in the Magic Kingdom. 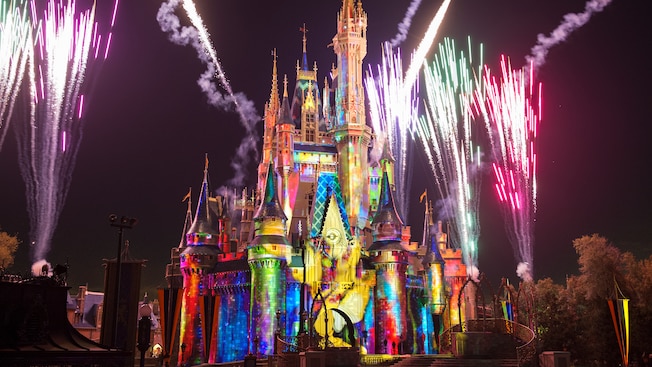 Debuting in the Magic Kingdom on October 9th, 2003, Wishes quickly became a fan favorite as it graced the skies of the park nearly every night for 14 years. The show’s simple concept of bringing together a bunch of Disney characters and hearing their wishes has truly stood the test of time. Nowadays, fireworks shows in the Disney parks have relatively short lifespans, so the fact that Wishes performed nightly for so long really shows its effect on the Disney community.

Personally, I believe that part of the reason that Wishes has held up so well is because for part of the year, it would get special holiday overlays. Above, you can see HalloWishes, a special version of Wishes that took over during Mickey’s Not-So-Scary Halloween Party. I was lucky enough to see HalloWishes when I was in Disney World this past fall, and it was superb. All of the villains came out to play, and there was something really cool about having Maleficent take over and lead the festivities. 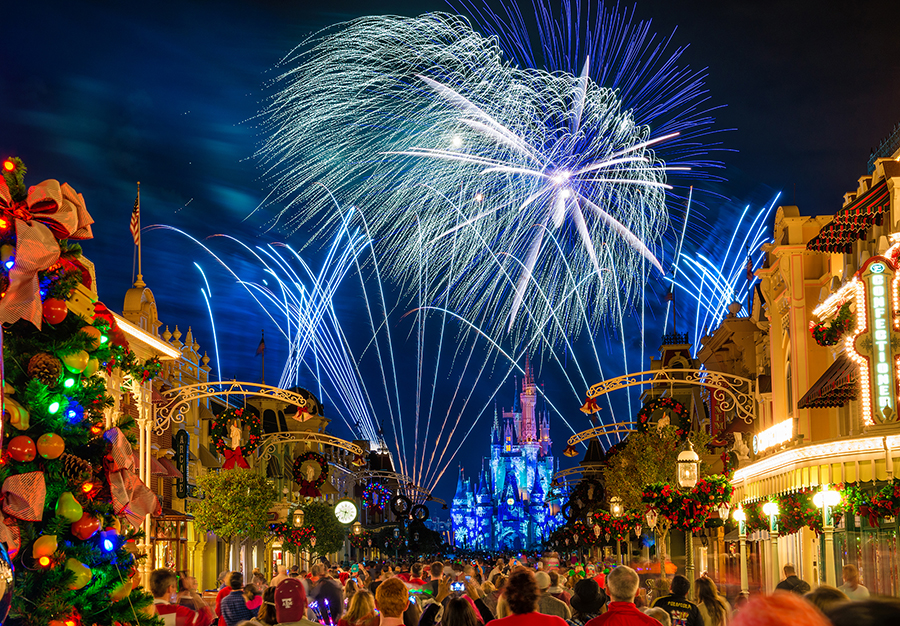 Every year, Wishes also gets a slight makeover at Christmas time for Mickey’s Very Merry Christmas Party. Instead of the normal Disney songs that play during Wishes, the fireworks were now timed to Christmas songs to celebrate the season. Interestingly enough, Holiday Wishes and HalloWishes were only shown during the specially ticketed events, except for Holiday Wishes being shown in the weeks right around Christmas.

Speaking of ticketed events, during the summers of the late 2000s, the Magic Kingdom held a special event called Mickey’s Pirate and Princess Party. During those events, the Magic Kingdom had yet another special version of Wishes known as Magic, Music, Mayhem. This fireworks show was made up of songs from the Pirates movies and Disney princess movies but was also only really shown during the event, so it didn’t get much outside exposure.

Every other time of the year, though the normal Wishes was shown, with that adding up to thousands of performances over the years. But the Magic Kingdom didn’t get to have all of the Wishes.

From July 16th, 2005 until August 25th, 2007, Wishes also graced the night skies of Disneyland Paris. Almost identical to the show at the Magic Kingdom, Wishes didn’t have quite the same appeal in France, resulting in its shorter time at the park. 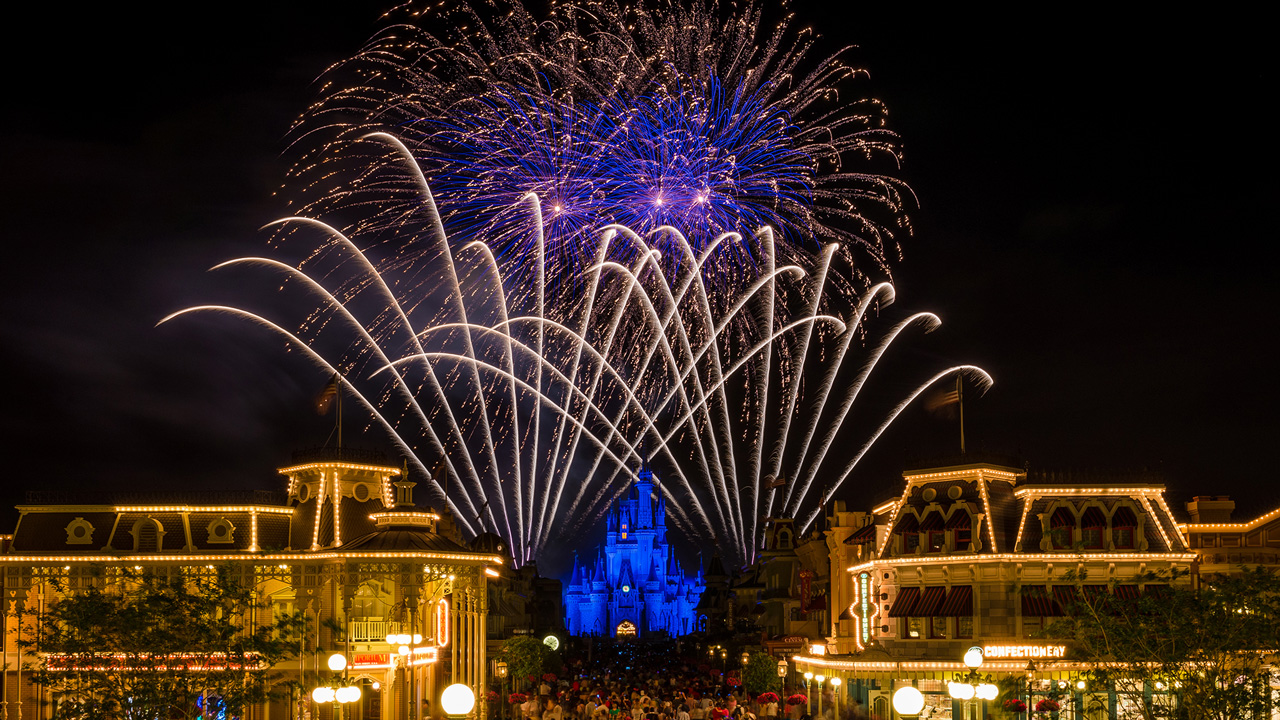 The fans in Florida provided the show with all the love that it needed. If you are involved with Disney Twitter at all, you have probably seen a lot of Tweets recently about farewells to Wishes. A lot of attractions have left us over the years, but I don’t know if I’ve ever seen as genuine a reaction as there has been to Wishes. Everyone really wants to show their appreciation for the show and say how much it means to them, and I’m truly impressed by the love for the show.

Below, I’m including a link to the video, so you can relive fond memories or make new ones if you’ve never seen it.

Now, this is going to sound like heresy, but bear with me. I’ve never been the biggest fan of Wishes. I really appreciate it and its effect on the Disney community, but fireworks have never really amazed me. That’s why my favorite fireworks show of all time is Disneyland Forever because it also included projections everywhere you could imagine. I guess I just need that extra bit for me to fall in love with a fireworks show.

With that in mind, I am really excited for Happily Ever After. It seems like it will have the same feel as Disneyland Forever, so I’m excited to see this new iteration of fireworks in the Disney Parks. All that being said, Wishes truly will be missed, but there is also a lot of excitement for all the future fireworks in the Disney arsenal.

So now that we’ve said goodbye to Wishes, let’s say hello to next week’s post with some clues.

I hope that you enjoyed reading this post and learning a little bit about Tokyo DisneySea and reflecting on Wishes. Today is a sad day for many out there, but let’s see what Happily Ever After can do!