Welcome to Extinct Attractions. This week, we’ll take a look back at a rollickin’ dance party with everyone’s favorite monsters. 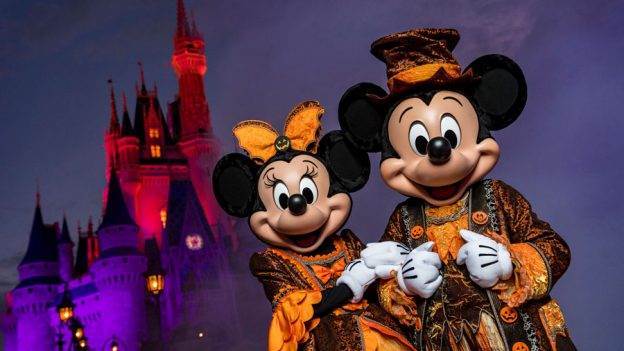 October is right around the corner which means that Halloween has been going on in the Disney Parks for *checks notes* seven weeks now. Yes, they go pretty hard when it comes to the holiday, but with that classic Disney flair of not being too spooky. However, they do like to add in some ghouls and villains, but today, we’ll be looking more at some monsters.

Monsters, Inc. Ride and Go Seek opened at Tokyo Disneyland on April 15, 2009 and immediately blew Monsters, Inc. Mike & Sulley to the Rescue! out of the water. The attraction was a new take on the blaster attraction, instead using flashlights to illuminate the right as you moved along it. It was fun for the whole family and the Tokyo officials immediately knew they had a hit on their hands.

To coincide with the opening of the attraction, they took a play out of their own playbook from 2004 when they introduced Buzz Lightyear’s Big Mission to tie with the opening of Buzz Lightyear’s Astro Blasters. While that show was a daytime experience, they took a different tactic with Club Monsters, Inc., a nighttime castle show to help guests culminate the night in style.

Disney has done nightclubs before like Videopolis or The Adventurer’s Club at Pleasure Island, but those were largely human focused. As far I know, they had never tried to create a non-human nightclub before. (Well, there was House of Mouse, but that wasn’t real.) With Club Monsters, Inc. we got a full monster dance club experience, with Mike and Sulley showing up on some floats at the beginning to help set the tone. 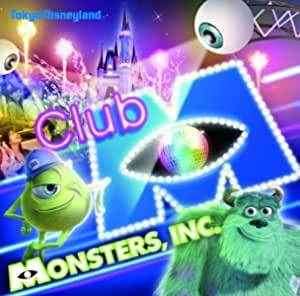 The songs played on some popular songs and were primarily in English, so to complement that, almost all of the dialogue was in Japanese, striking a real nice balance for most guests. The songs were all pretty poppy as you’d expect from a dance club atmosphere and I certainly found myself bopping along throughout the whole show. 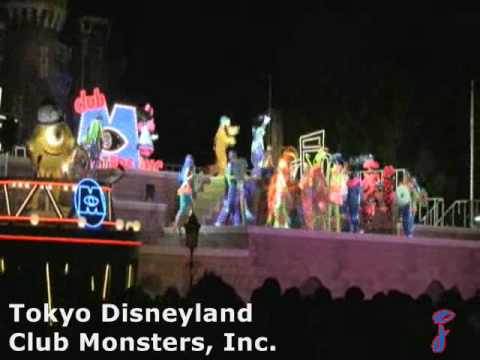 It’s hard to tell from the photos, but what really stood out in the show were the costumes. I was so drawn in by the characters and really felt like I was at a nightclub for monsters at points. The standouts to me were some starfish costumes as well as some one-eyed ladies with lipstick for hands who turned around at one point to reveal the performers were performing backwards the whole time. 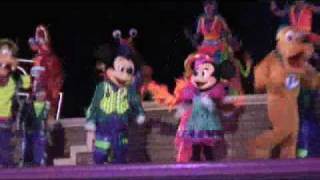 Outside of the monsters, the Fab Five showed up and man did they show us all how to pop and lock. The dancers in those roles were boogieing all over the place and just having an awesome time. But Donald got the highlight of the show when following a song about fire (with fire blasting everywhere around the stage), Donald came out in full firefighter gear and water cannons came out from all around the stage to put out the fires (and douse the whole audience). The juxtaposition of fire into water was really cool and really helped tie the show together.

I think the word that sums up this show the best was bonkers. There was just so much going on pretty much every second of the show, with over twenty performers most of the time dancing pretty much constantly whether it was against fire, water or air. I wrote in my notes while watching it “What is going on?” about five times but in the best way possible. I’ve never seen a Disney show try to do anything quite like what this show did and it was just so much fun. The whole cast was having a blast, and this is something I really wish I could have experienced but alas 13 year old could not afford a trip to Tokyo.

All that being said, the show only lasted for a summer, just tying in with the 2009 opening of the attraction. It’s crazy that they put that much work into the show for just a few months, but that’s just what Tokyo Disney does. In other words, they are purely awesome. 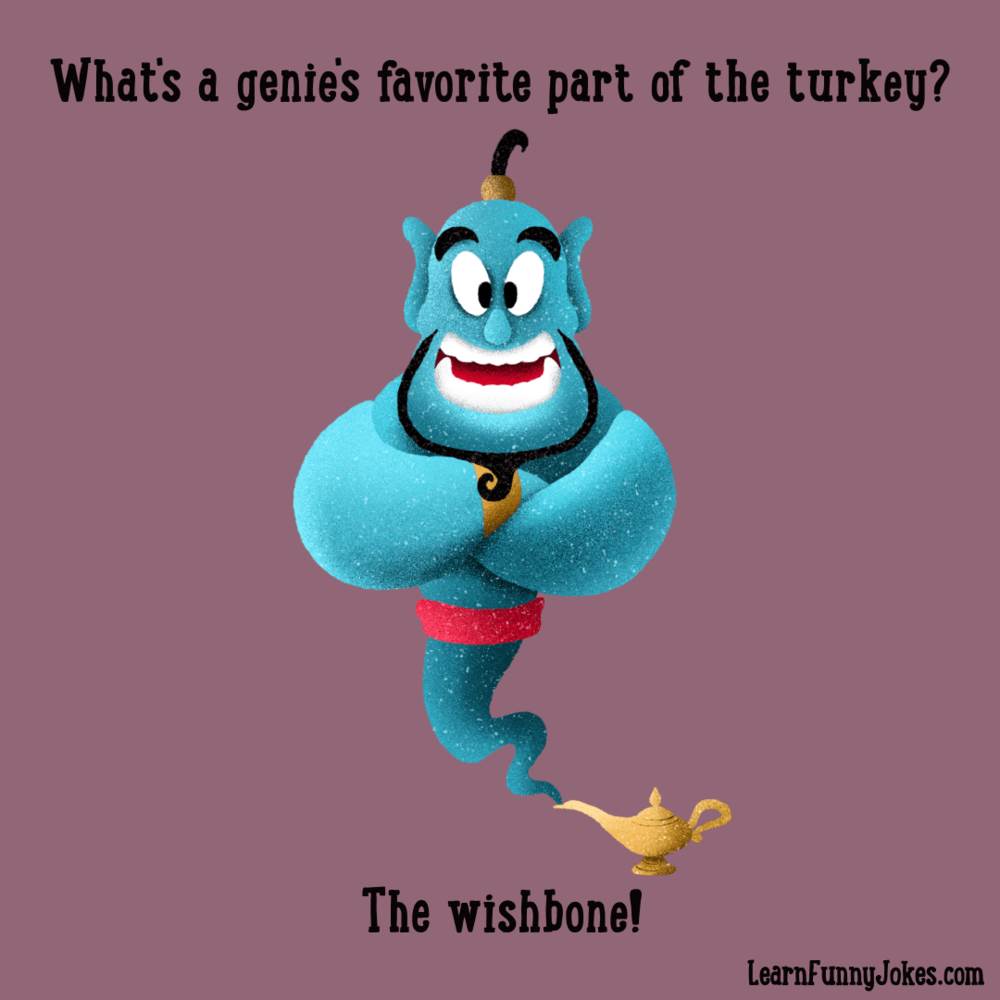