While one takes to the skies on the most Magical Flight on Earth (Disney’s Skyliner), as they approach EPCOT’s International Gateway, they will see progress on the park’s newest attraction set to open this Summer, Remy’s Ratatouille Adventure. A month ago to the day, we previously took to the skies to check out the progress, and today’s new pictures show more progress on the attraction, but nothing unexpected or drastically different. 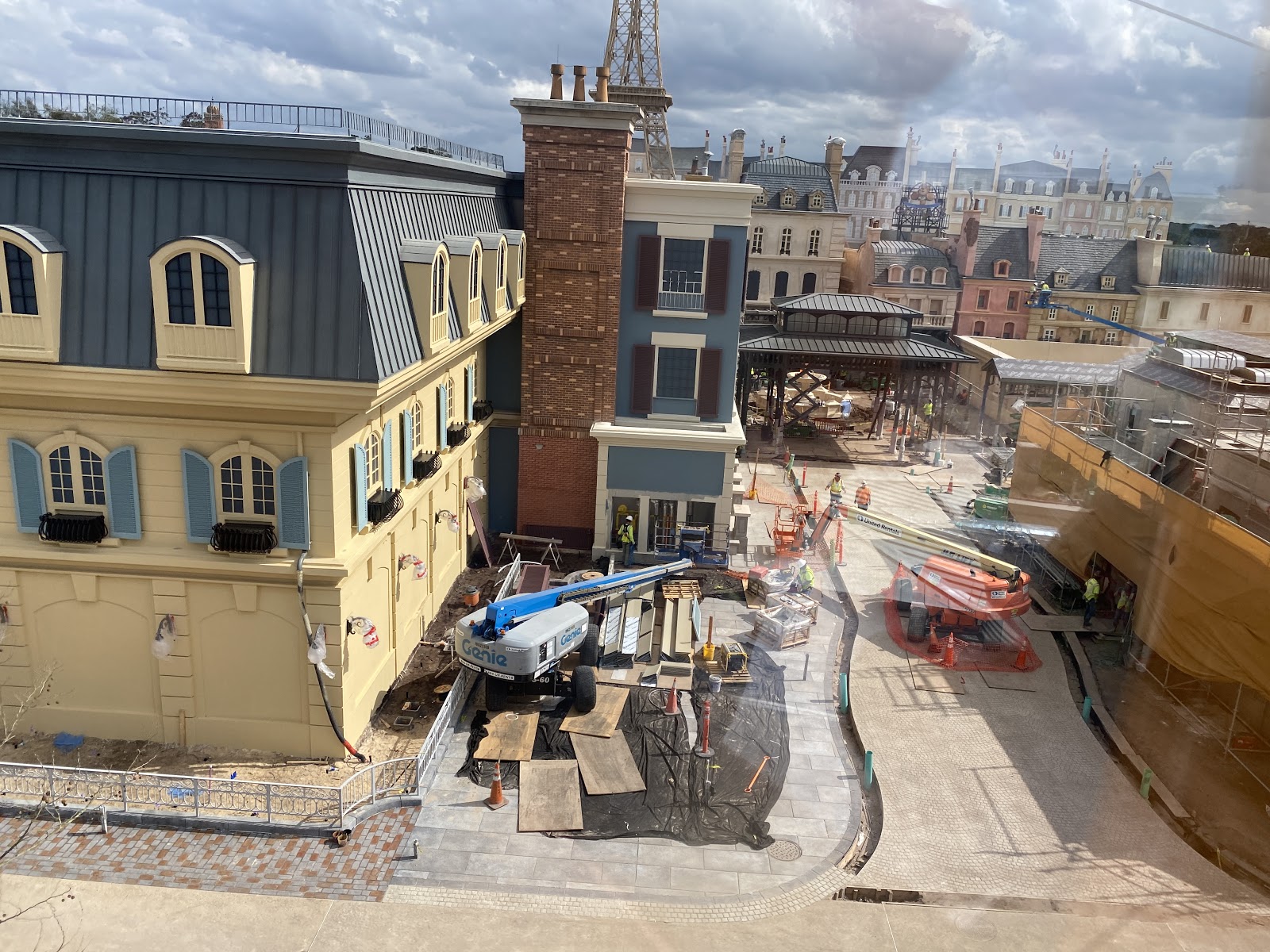 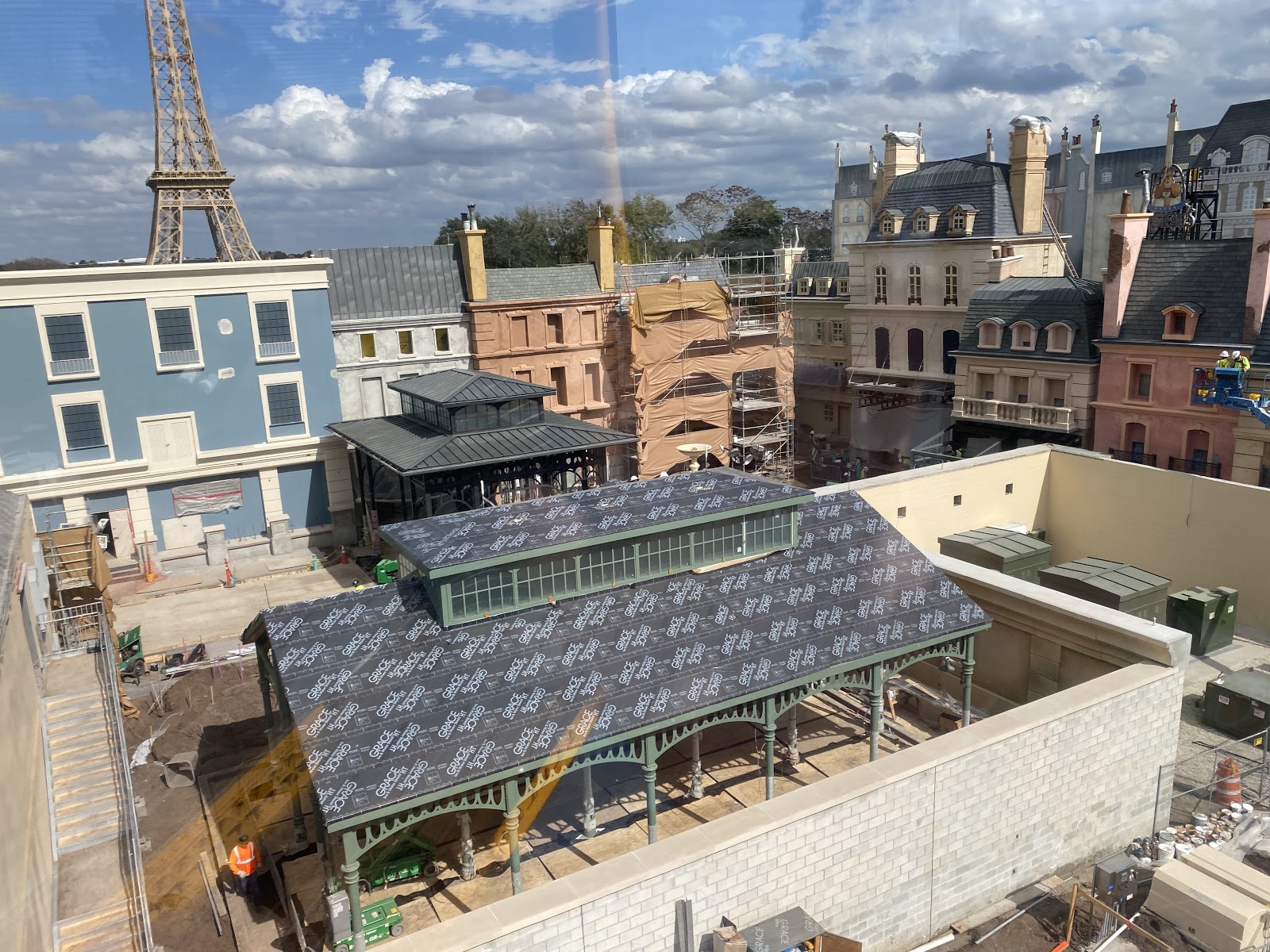