Ashley Eckstein took to social media today to share her gratitude to her fans and respond to the news that Rosario Dawson has been cast in the role of Ahsoka Tano in the second season of the Disney+ series, The Mandalorian. 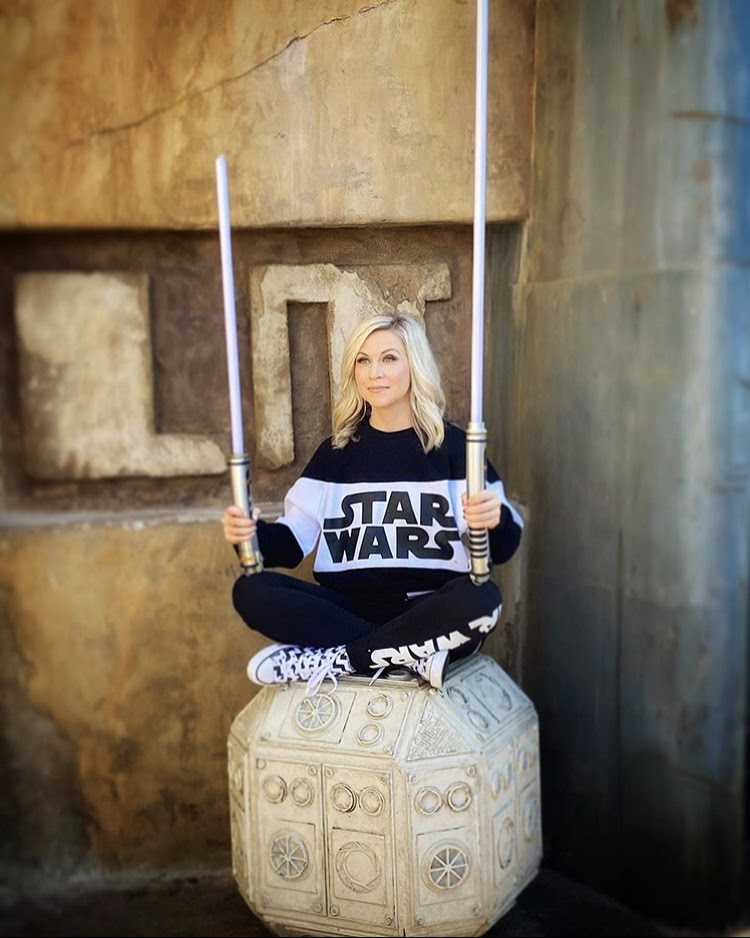 “When people need you, you help them. no matter what.’ When I recorded this line for Ahsoka Tano for the final season I decided that this was going to be my personal motto for 2020. I knew I wanted to dedicate and use the platform I am given as an actress to help people. I had no idea how true or important that motto would become for not only myself but for all of us in 2020. I also have a belief that you help people with no expectation of receiving anything in return. However, as I write this message, it’s really hard to put into words my appreciation for all of the help Star Wars fans have given me because I was truly not expecting the outpour of kindness I received. I wake up every day with a mission to spread hope and light and my heart is bursting with gratitude after being the recipient of so much love from our Star Wars community. From the bottom of my heart, I want to thank you.

Last week, a rumor was released about Ahsoka Tano being in season 2 of The Mandalorian. I’ve read all of your questions and comments about this story and thank you for your patience as I’ve taken the much-needed time to sort through these questions. The truth is, I am not involved in The Mandalorian. I can’t answer questions for something I have not been a part of. I am an actress and I have performed in all types of mediums; live action film/television, theater, voice-over, hosting and it has been my dream for 14 years to continue to play Ahsoka Tano in all forms. I will continue to be grateful for opportunities to help create stories for Ahsoka Tano and I am always happy to see her legacy continue. I am only one member of a tremendously talented team of people that it takes to bring Ahsoka Tano to life. The final decisions for Ahsoka are not mine to make and I cannot comment on something that I truly know nothing about.

However, what I CAN comment on are my feelings of awe and appreciation for all of your kind words and messages. I’ve read them all. I wish I could reply to each and every one of you to express my sincere appreciation because the response has been such a beautiful expression of help, love and light, for me and our community. I want to let you know that I see you and I only wish you knew how much I care. We all want to be heard, seen, appreciated, and visible. One of the worst feelings in the world is to feel invisible. Well, I see you, I know you see me and because of the power of Ahsoka Tano and Star Wars, I hope we will continue to see each other and how we can help one another, no matter what. We WILL get through this trying time by helping each other. Ahsoka now lives in all of us and I believe Ahsoka represents what’s GOOD in all of us. I really do ask myself every day, “What would Ahsoka do?” because I strive to be a real life Ahsoka Tano, and we can ALL be a real life Ahsoka Tano.

Another thing I CAN talk about right now is Star Wars: The Clone Wars. YOU helped #SaveTheCloneWars and it’s time to celebrate our beloved series. I am beyond excited and proud of what’s ahead and I promise it’s SOOOOO good. Dave Filoni and the entire cast and crew truly knocked this one, not just out of the park, but out of the Universe! These episodes deliver so much hope just when we need it the most! …. Thank you again and May The Force Be With You!