During Disney’s four hour webstream Investor Day presentation, the Walt Disney Company revealed their vision of the future and the path they’ll be following for the next several years. From Disney studios to streaming services, various leadership teams at Disney shared big announcements for how these divisions will be operating going forward, along with some of the new content that will be available soon on these platforms. 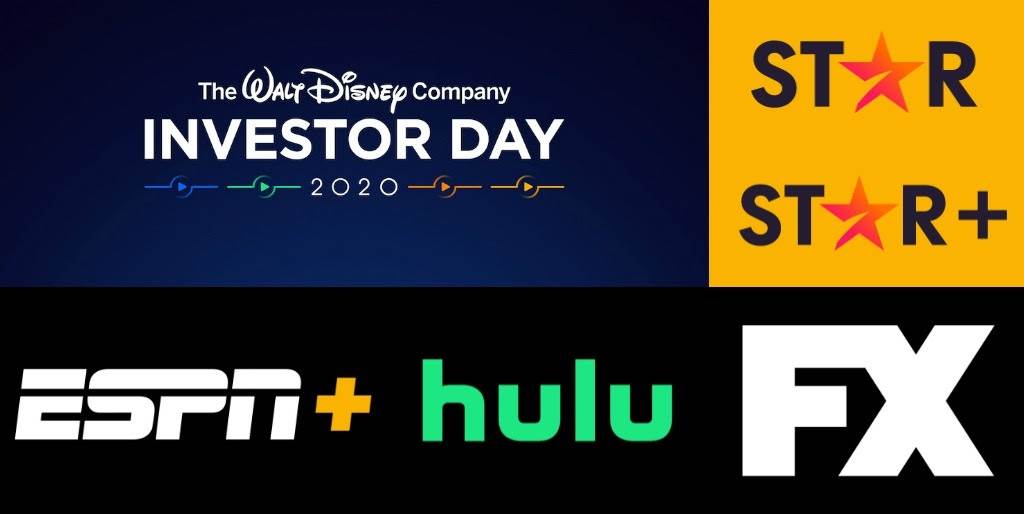 This recap covers the ESPN+, Star, and Hulu portion of the presentation. We’ve also recapped the announcements for Disney+ Originals and Disney Studios in a separate post. Additionally, for up to the minute news as it was happening, please check out our Live Blog or Investor Day Hub for more on the day’s events.

Below are highlights and links to the biggest stories and announcements that came out of today’s Investor Day presentation. Since launching ESPN+, Disney+, and taking majority control of Hulu, The Walt Disney Company has been pleased with the success of the streaming services on a national and global scale. They have met or exceeded subscription projections for each of their direct-to-consumer and on demand offerings. 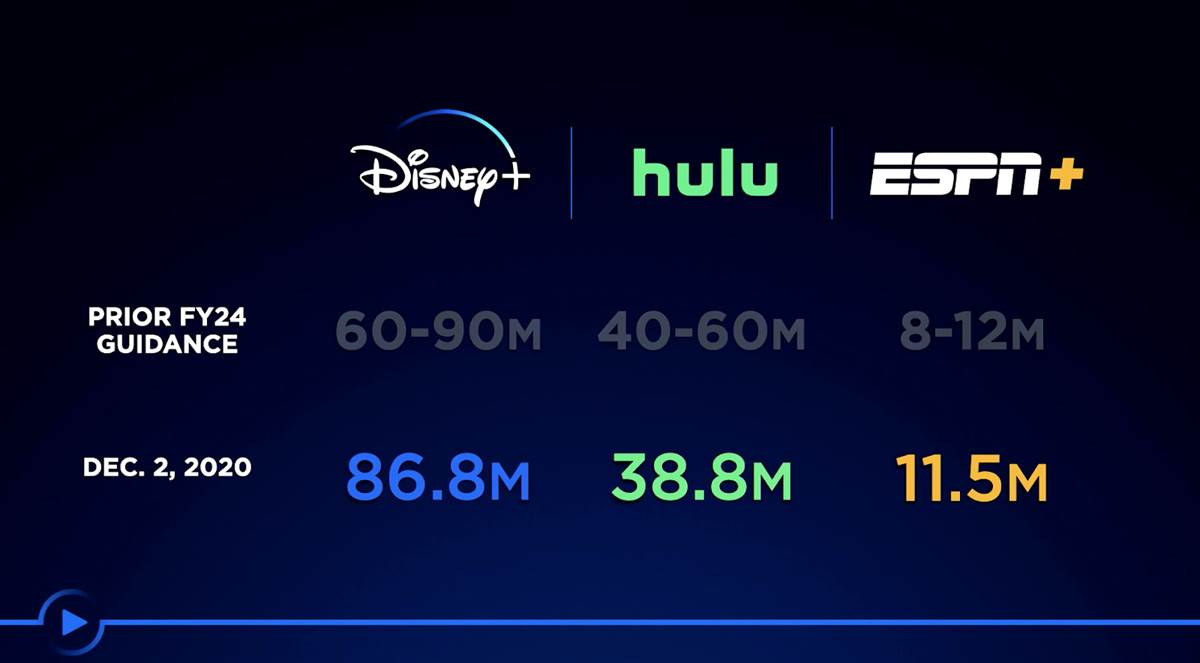 To kick off the Hulu content portion of the presentation, Kelly Campbell, President of Hulu offered some quick facts about the platform’s overall growth and performance. The platform currently has 38.8 million subscribers across their various subscription tiers which include ad-supported, no ads, and Live TV options. 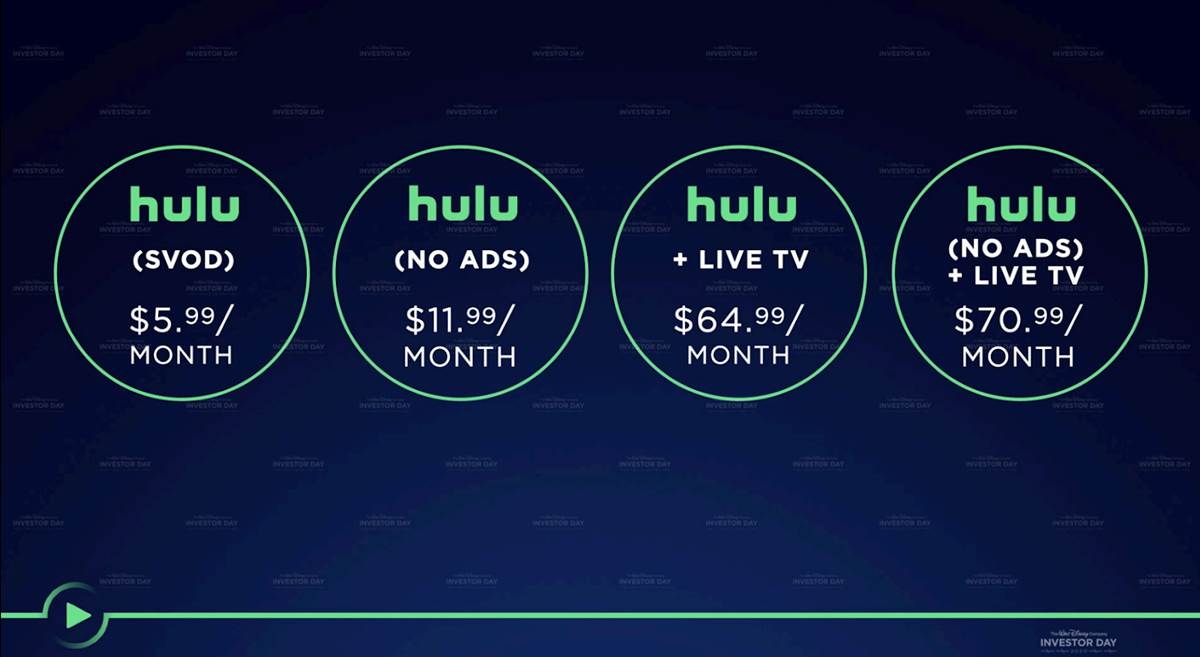 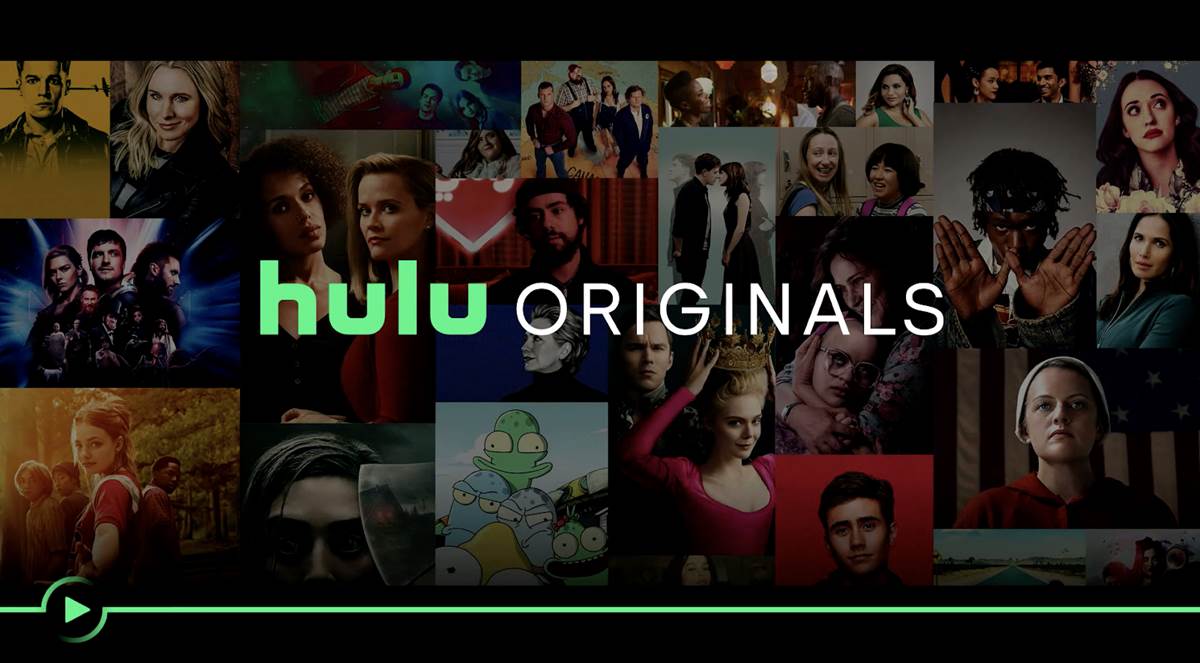 FX and FX on Hulu FX remains focused on bringing audiences high quality content both on television and through streaming. They announced some of the new programs currently in development for the network and FX on Hulu.

Coming Soon to FX on Hulu (U.S.) and Star (International) 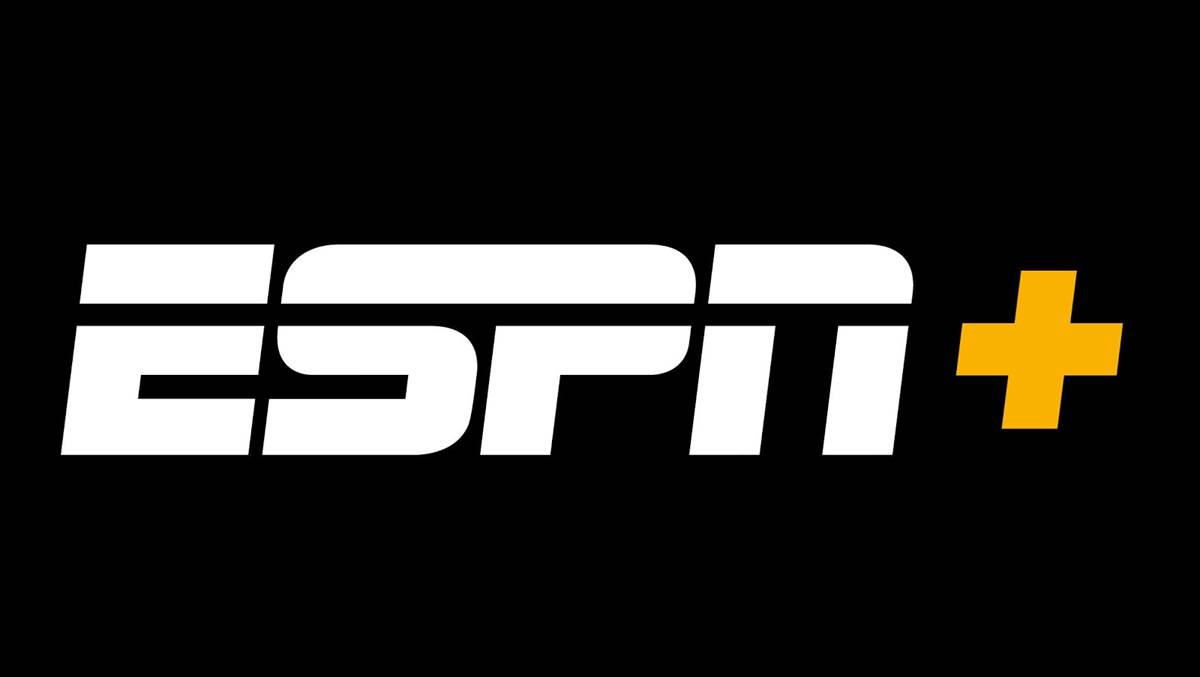 Disney’s direct to consumer sports hub for live events, recaps, and original scripted and unscripted programming is ESPN+. Disney is happy with the platform’s performance and announced some of the exciting changes and offerings that will be coming soon to ESPN+ and the ESPN network. And launching soon in the U.S., ESPN+ will be available for purchase and viewing through Hulu. 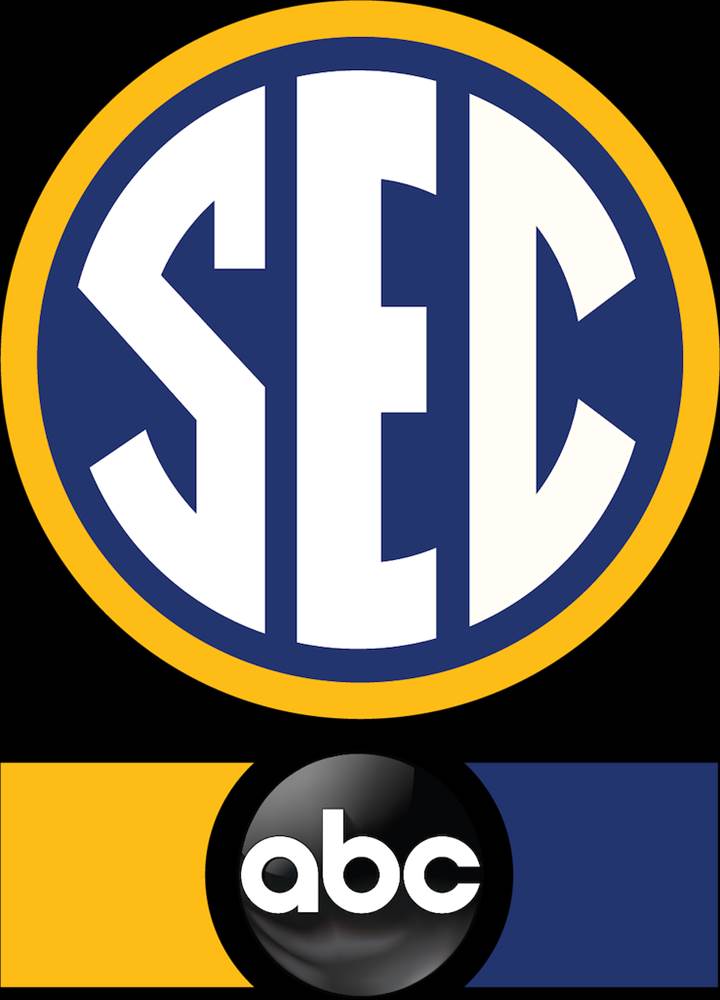 Man in the Arena 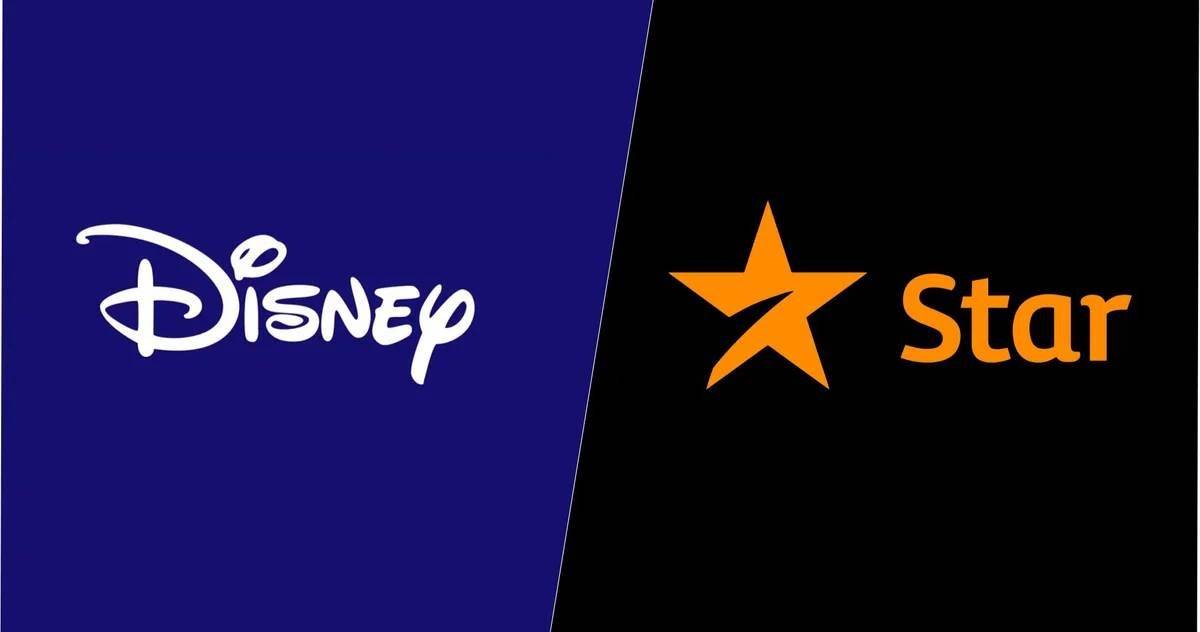 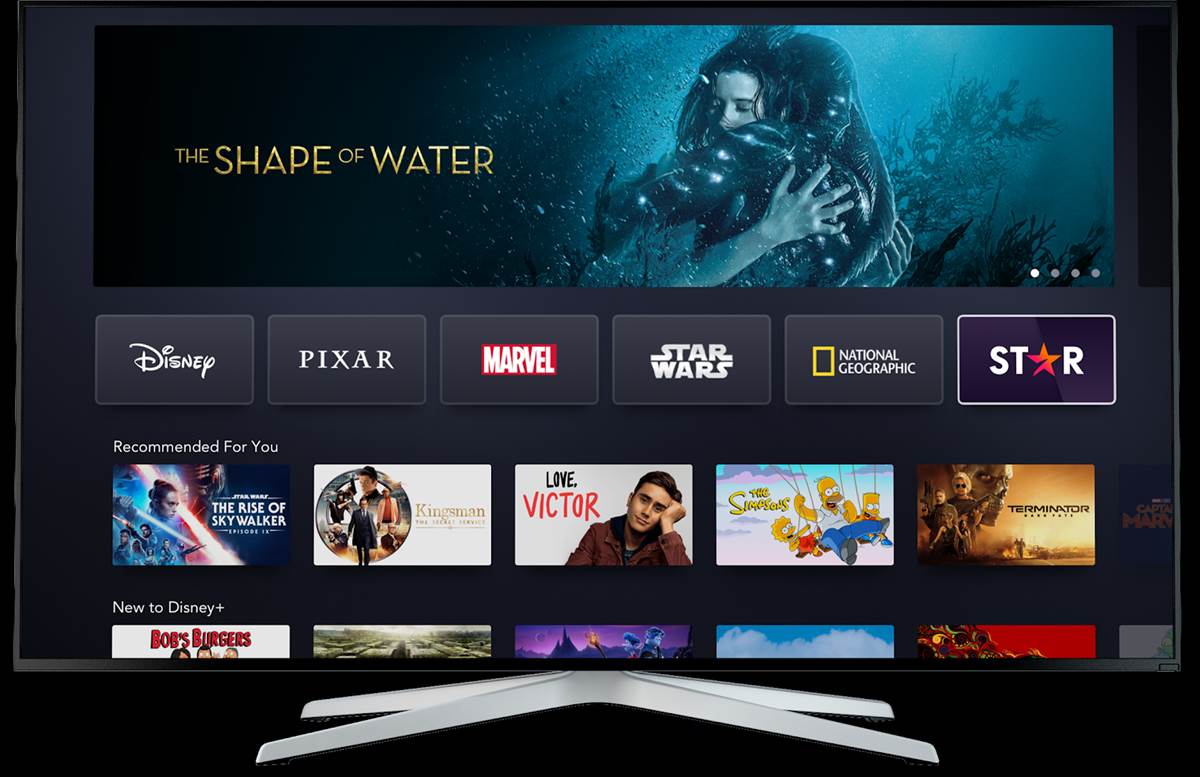