Earlier today, Walt Disney Imagineering released photos and announced that the walls around the EPCOT Entry Plaza fountain had come down and the fountain was now visible for all to see. Luckily, we had a park pass and were able to go see the new fountain for ourselves and release our own photos! 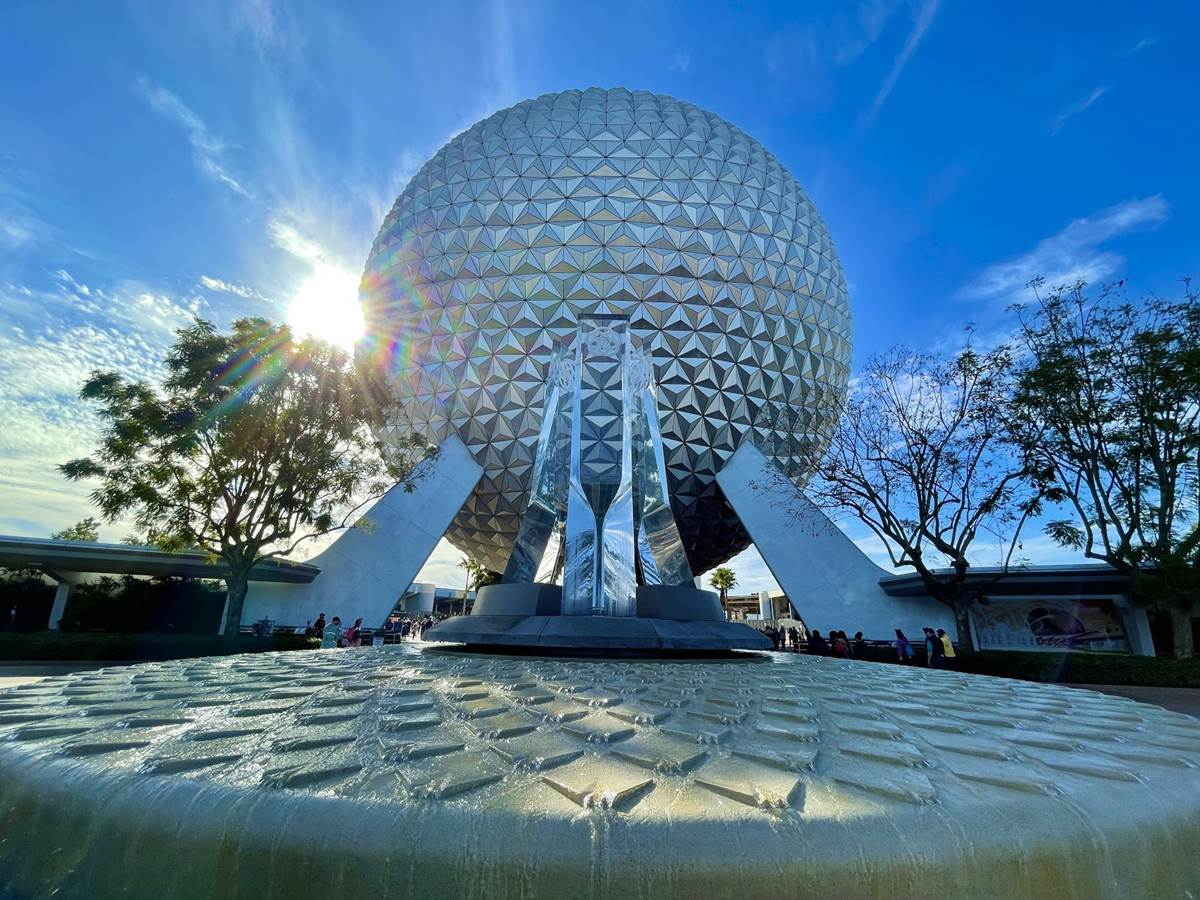 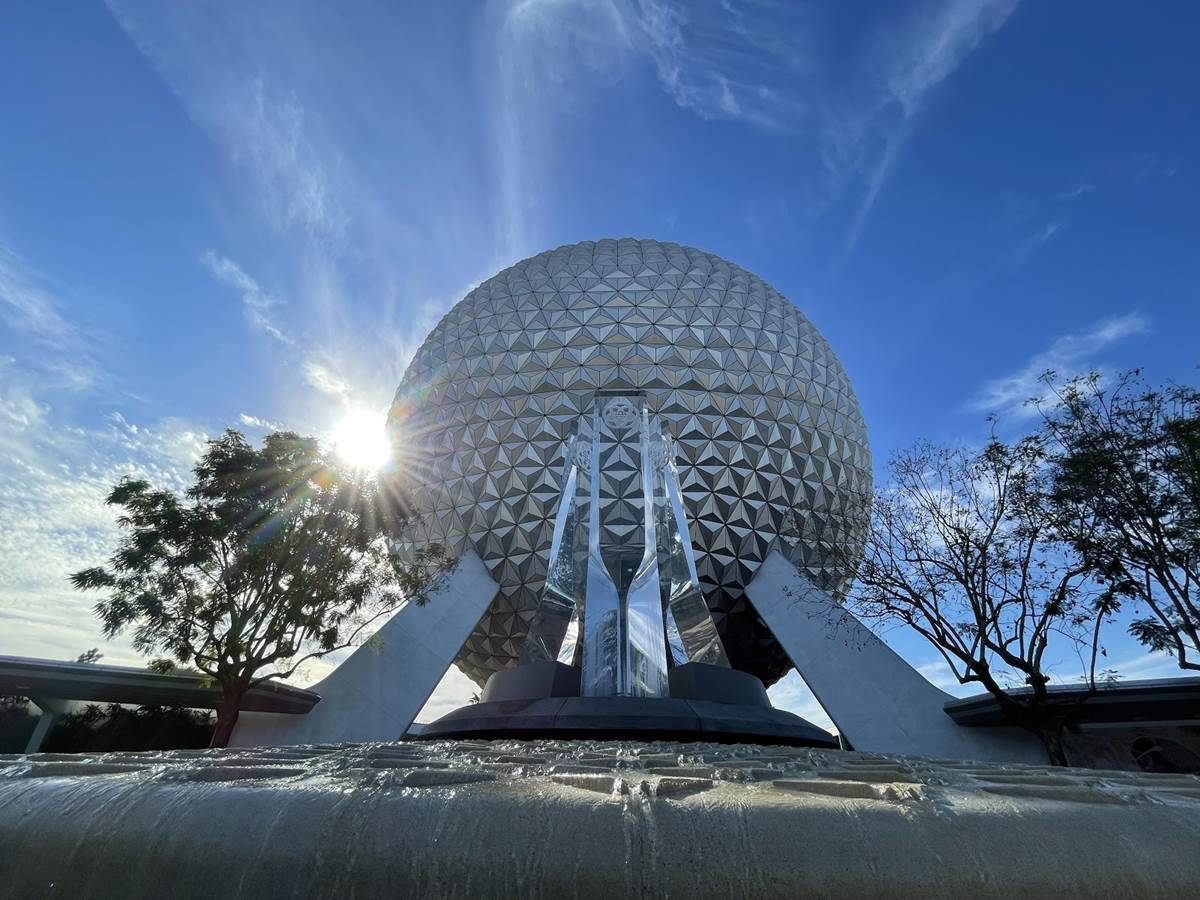 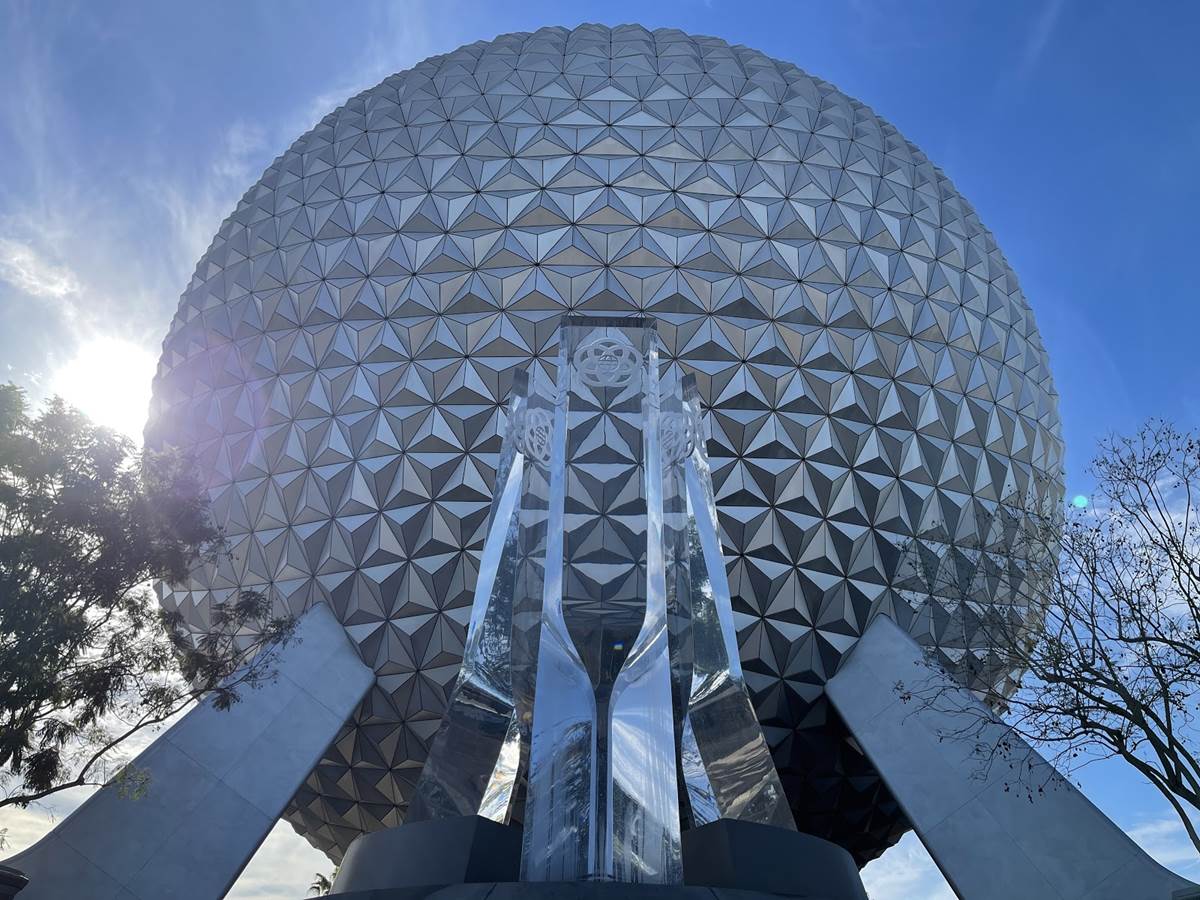 “New” might be a loose term in this instance. Though newly built, the glass pylons with the EPCOT logo emblazoned on them in the center of the fountain in the park’s entry plaza date back to the park’s opening in 1982, and have made their return after they were removed for the Millennium Celebration’s Leave a Legacy display in the late 90s. The pylons feature the original EPCOT logo which, According to the Late Imagineer and Disney Legend, Marty Sklar, “symbolizes unity, fellowship, and harmony around the world. Five outer rings are linked to form the shape of a flower – a celebration of life. The heart of the logo is the Earth, embraced by a star symbolizing hope – the hope that with imagination, commitment, and dedication, we can create a better tomorrow.” 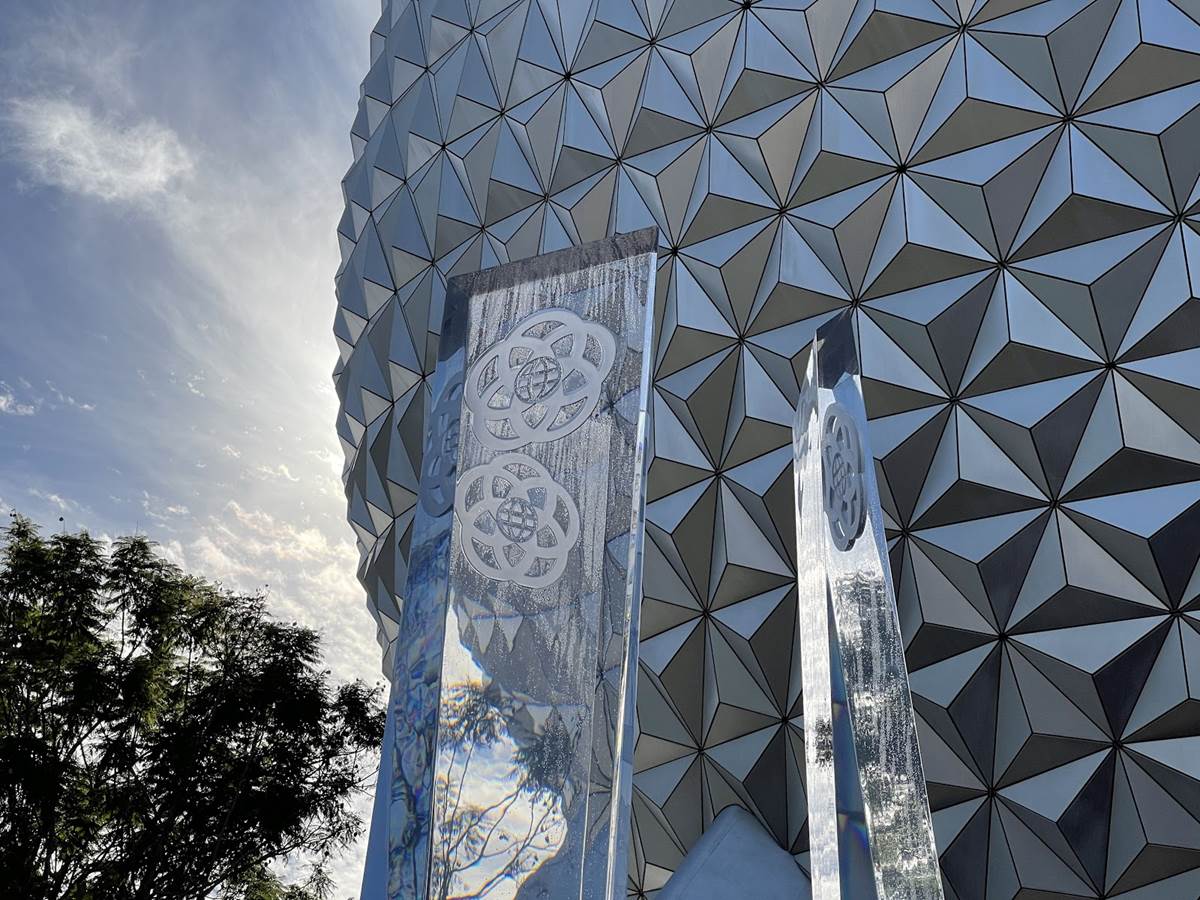 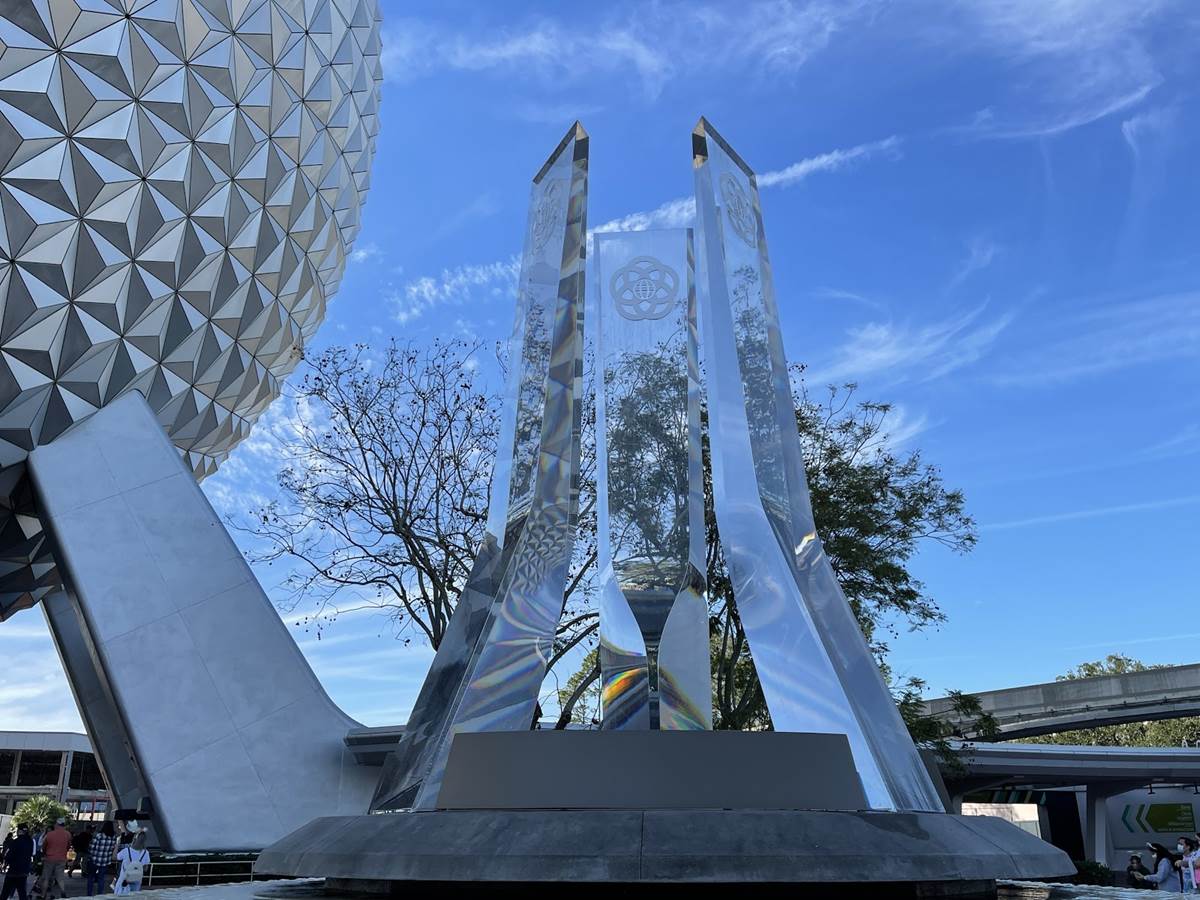 Though we see the fountain here in the day, Zach Riddley, Walt Disney World Site Portfolio Executive, Walt Disney Imagineering, said the following when the fountain was revealed earlier, promising a new look at night, “Our design team took special interest in this water feature, as we looked back to the geometry of the original for inspiration while creating some new magic of our own. In the fountain’s center is a brilliant light, a unique liquid-cooled fixture we’ve designed with new capabilities that complement the fountain’s changing colors and will coordinate with new lighting coming to Spaceship Earth and the upcoming World Celebration beyond.” 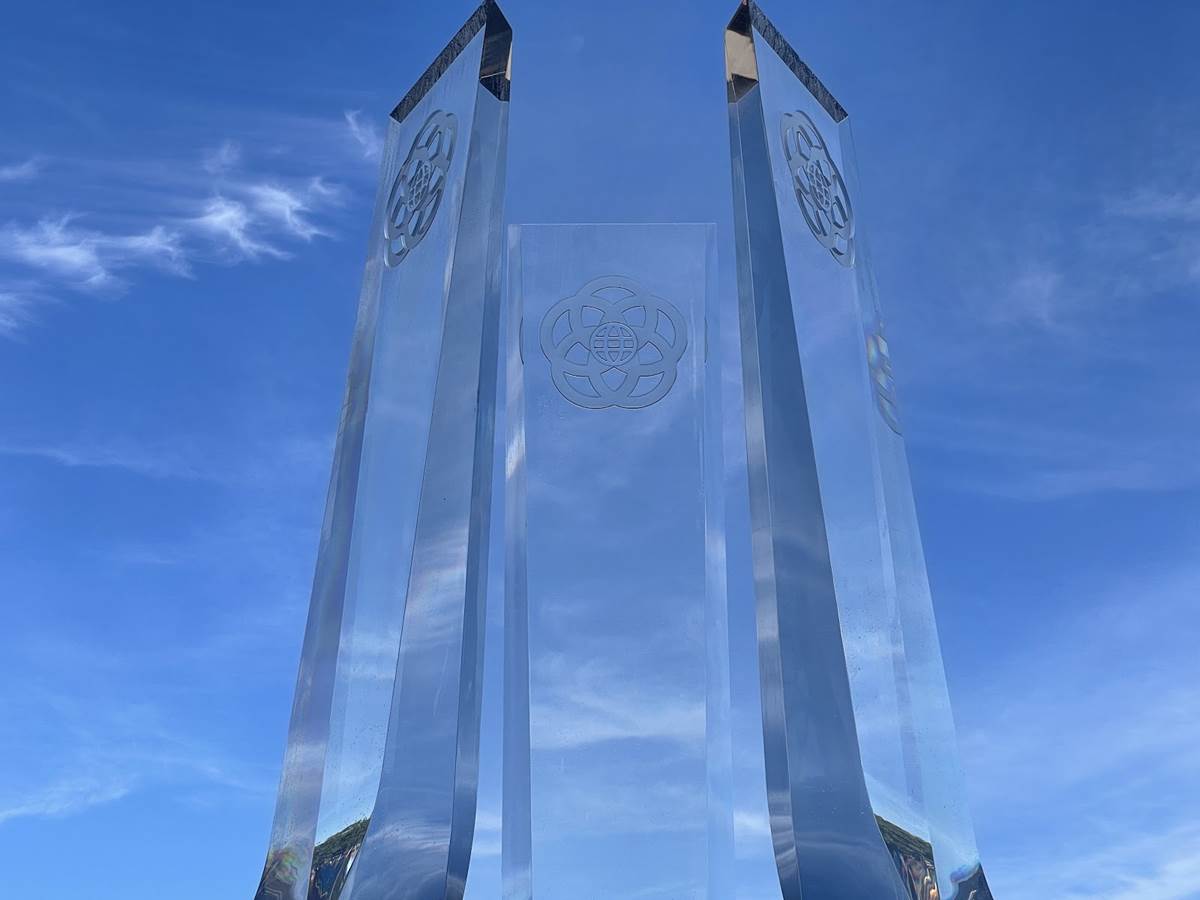 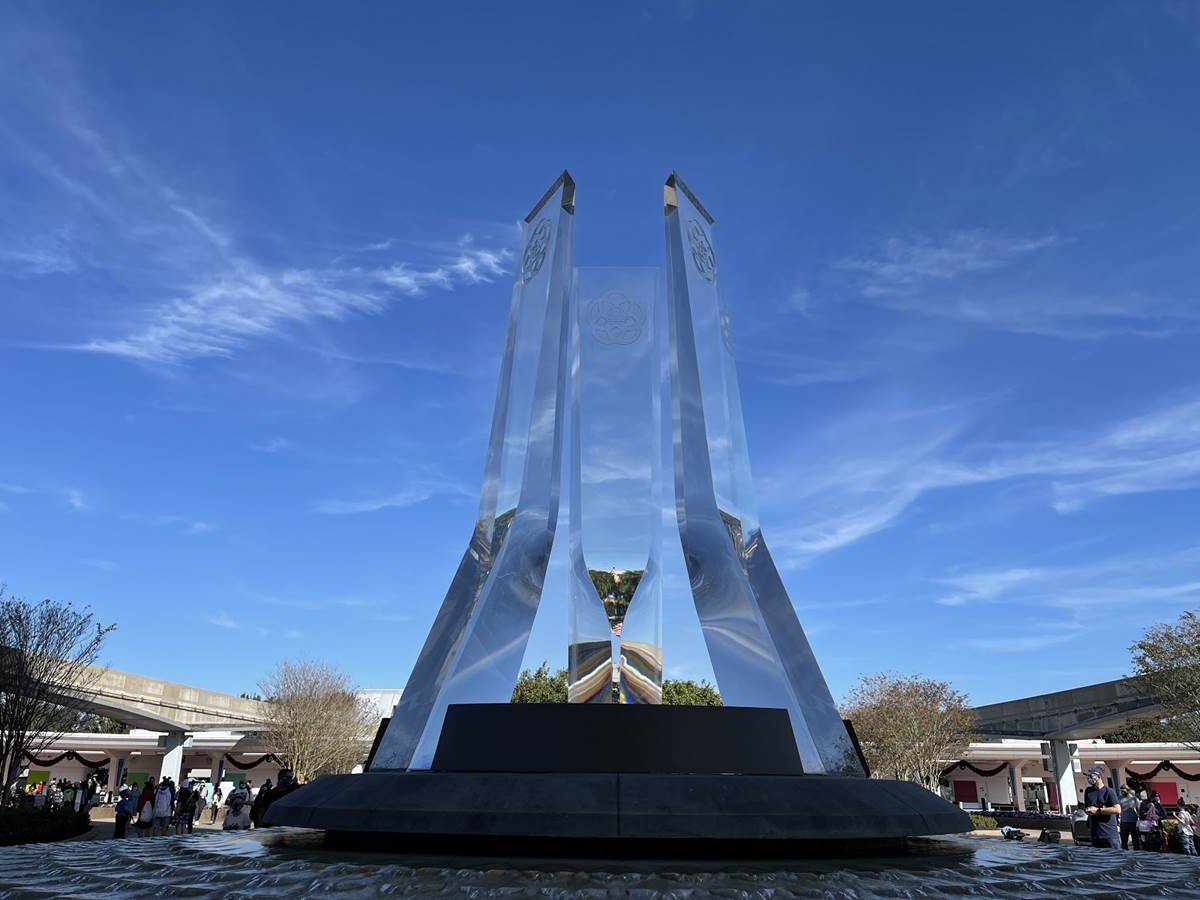 Also of note, new manhole covers seemed to have appeared in the new entry plaza of the park, taking the same look of nearby Spaceship Earth as well as featuring the classic EPCOT flower logo, as well as the park’s name in the new all-capitalized typeface. 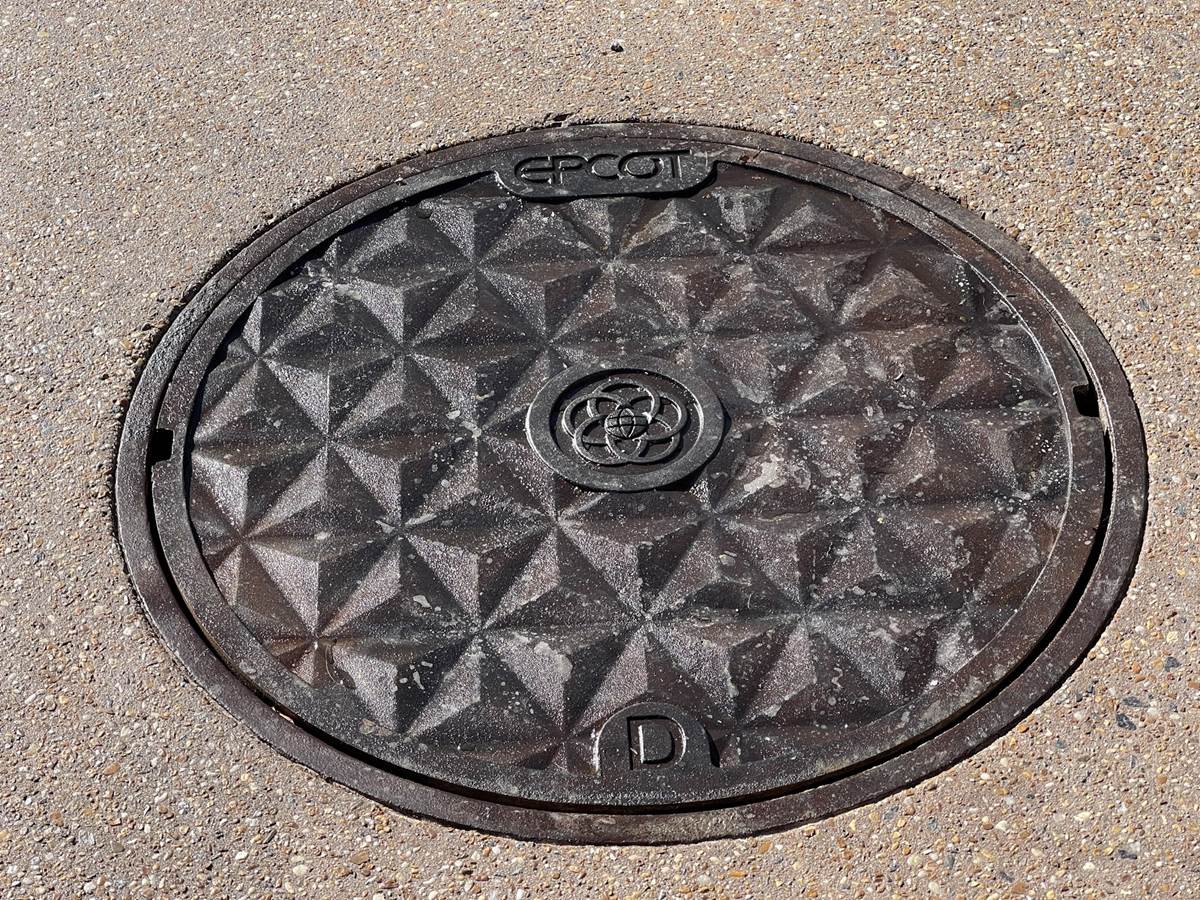 The return of the pylons to the entry plaza fountain is just one part of the massive makeover coming to EPCOT, which also includes Guardians of the Galaxy: Cosmic Rewind, and Remy’s Ratatouille Adventure.