Everything Coming to Hulu in April 2021

Hulu has revealed all of their April 2021 new additions including exclusives like the 4th season of The Handmaid’s Tale and new documentaries about WeWork and Sasquatch, plus tons of exclusive content you’ll only find on Hulu. Here’s everything coming to Hulu next month.

WeWork: or the Making and Breaking of a $47 Billion Unicorn: Documentary Premiere – Streaming April 2nd 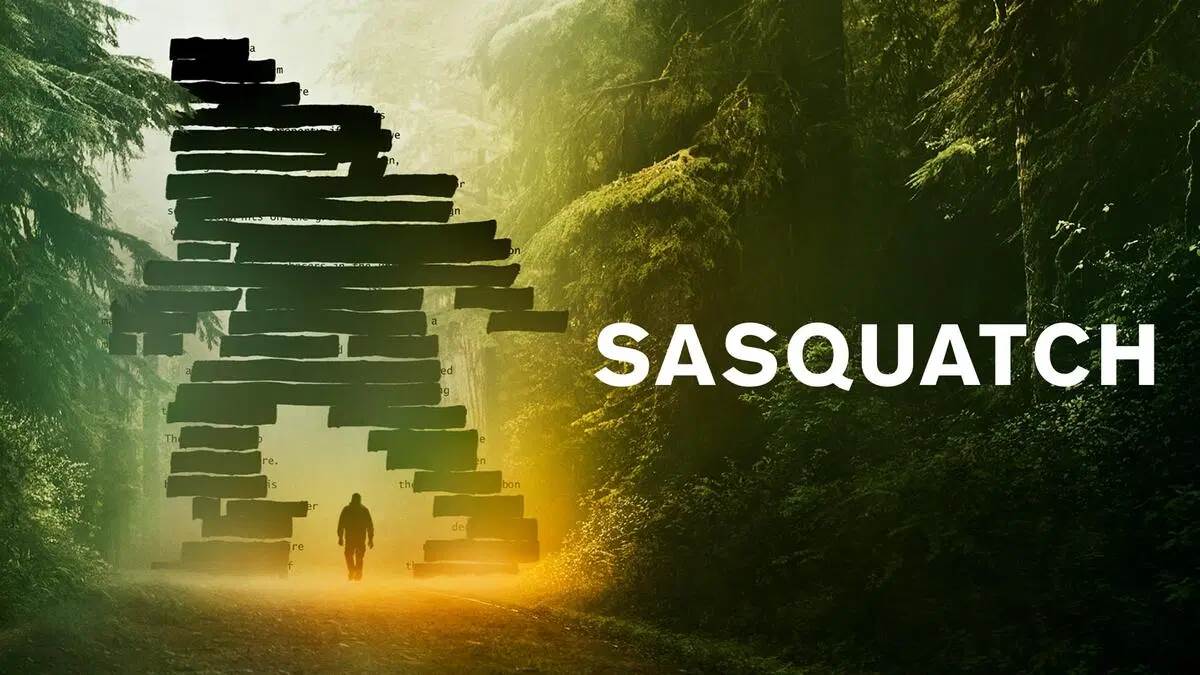 “While visiting a pot farm in Northern California in 1993, investigative journalist David Holthouse heard a story that still haunts him: On a nearby farm three men were torn limb from limb in a savage Bigfoot attack. Sasquatch follows David as he revisits the Redwoods twenty-five years later, in search of any evidence that might lead to the truth of what happened that night. As he pulls at the threads of this story, he’ll be taken down a path that’s far more terrifying than anyone would have imagined.” “In the upcoming fourth season of The Handmaid’s Tale, June (Elisabeth Moss) strikes back against Gilead as a fierce rebel leader, but the risks she takes bring unexpected and dangerous new challenges. Her quest for justice and revenge threatens to consume her and destroy her most cherished relationships.” 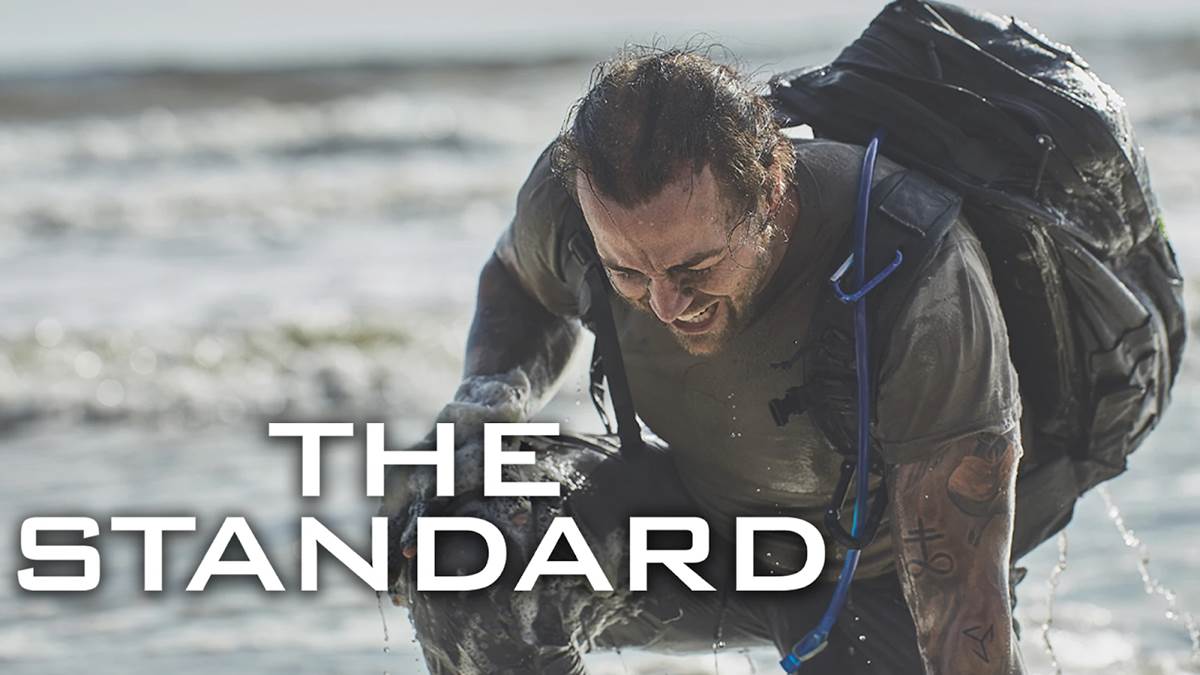 “Ten special forces combat veterans and forty civilians converge on Jacksonville Beach, for what is considered to be the toughest endurance event in the world. At 48+ hours and 80+ miles, the pass rate for participants is less than 2%. Inspired by Special Forces training, the event is not only a way to test one’s mettle, but it’s also an attempt to bridge the military-civilian divide. It is a roller coaster of emotions for both the candidates and the cadre.” 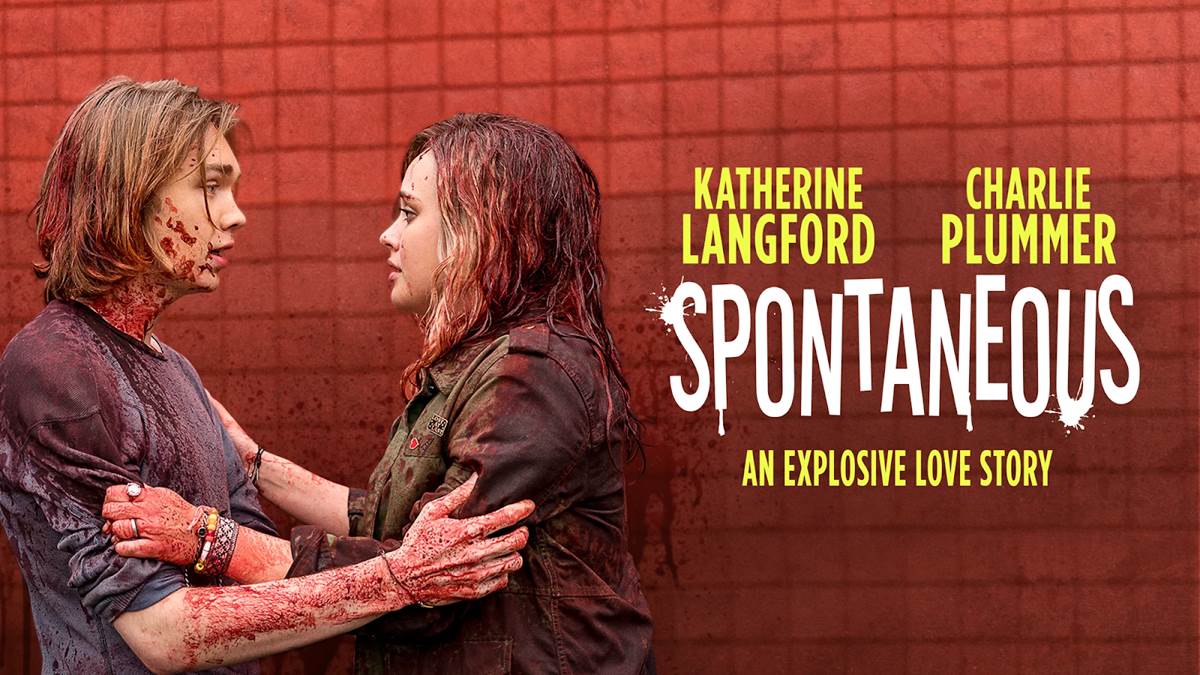 “Get ready for the most outrageous coming-of-age love story about growing up…and blowing up! When students in their high school begin inexplicably exploding (literally…), seniors Mara (Katherine Langford) and Dylan (Charlie Plummer) struggle to survive in a world where each moment may be their last. As an unexpected romance blossoms between them, Mara and Dylan discover that when tomorrow is no longer promised, they can finally start living for today!” 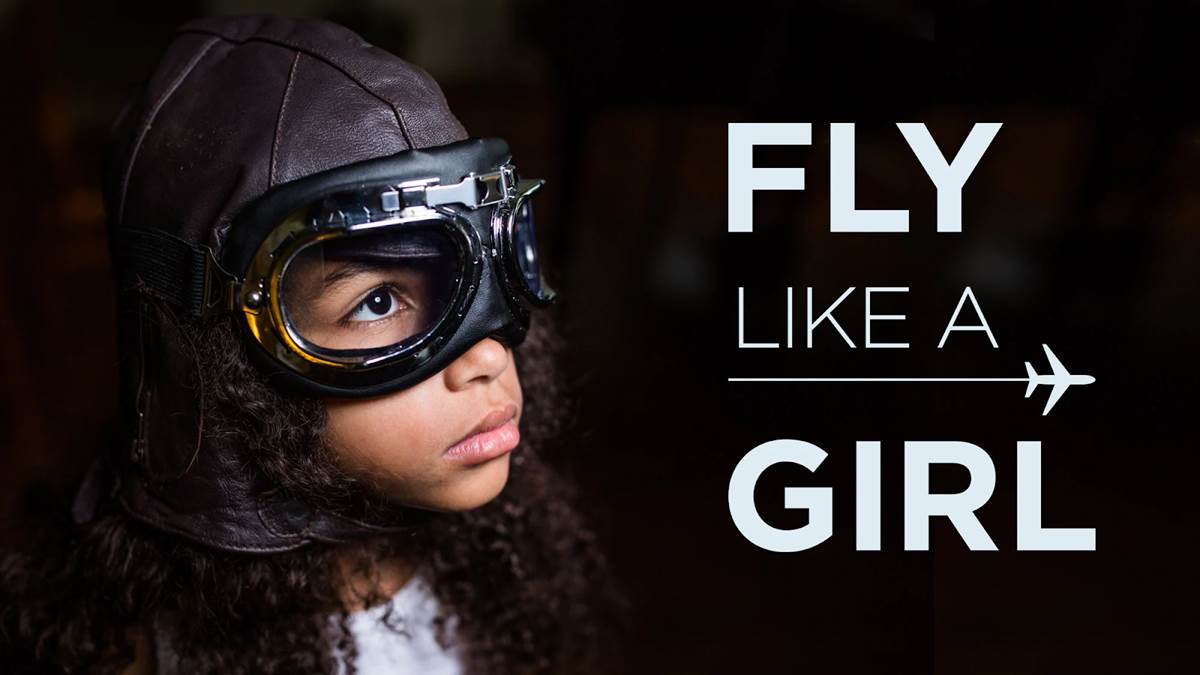 “FLY LIKE A GIRL is more than just a film. It’s a movement of young girls and women relentlessly pursuing their passion for aviation, a field currently dominated by men. Hearing first-hand stories from girls and women who dared to aim higher. From a lego-loving young girl who includes female pilots in her toy airplanes, to a courageous woman who helped lead shuttle missions to space, FLY LIKE A GIRL shows us that women are in charge of their own destiny.” 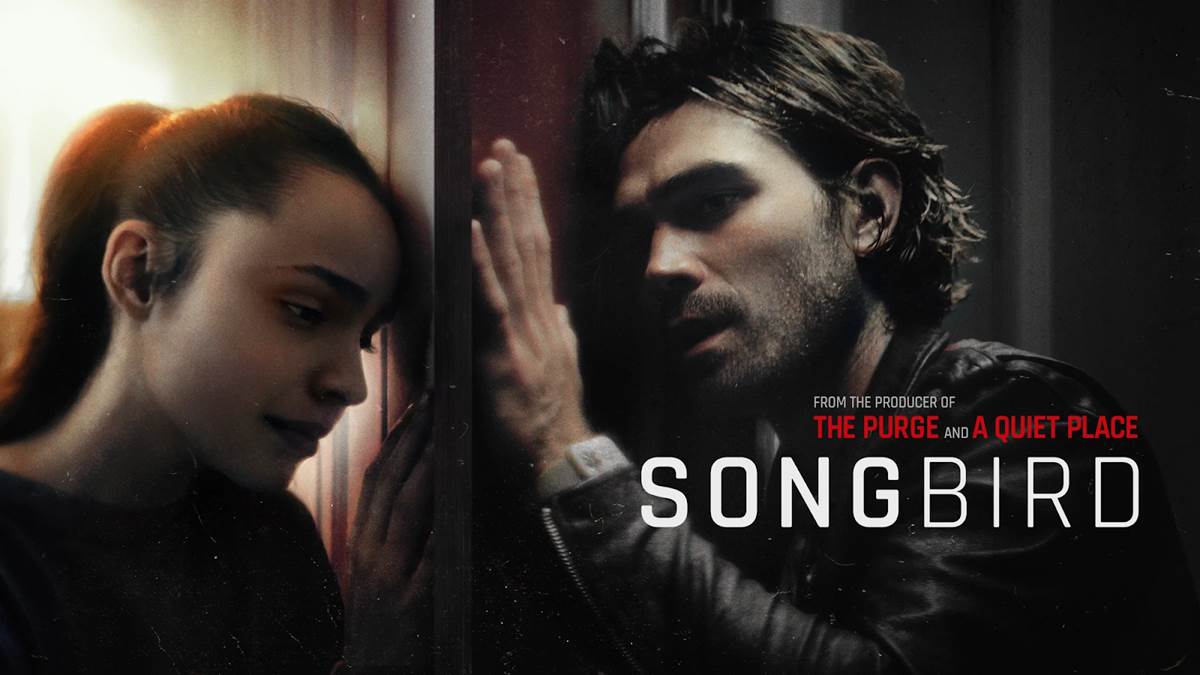 “In the terrifying thriller SONGBIRD, the COVID-23 virus has mutated and the world is in its fourth year of lockdown. Infected Americans are ripped from their homes and forced into quarantine camps known as Q-Zones, from which there is no escape, as a few brave souls fight back against the forces of oppression. Amid this dystopian landscape, a fearless courier, Nico (KJ Apa), who’s immune to the deadly pathogen, finds hope and love with Sara (Sofia Carson), though her lockdown prohibits them from physical contact. When Sara is believed to have become infected, Nico races desperately across the barren streets of Los Angeles in search of the only thing that can save her from imprisonment … or worse.” “From executive producer Jessica Biel (The Sinner), Cruel Summer is a psychological thriller that follows two young women: Kate Wallis, the popular girl with a charmed life who one day goes missing, and Jeanette Turner, the nerdy wannabe who is accused of being connected to Kate’s disappearance. All signs point to Jeanette’s guilt, but is Kate really who she seems to be? Set over three summers and told through shifting points of view, the series challenges perception and follows how one girl can go from being a sweet outlier to the most despised person in America.” “This revealing series follows Greta as she steps from behind the podium and onto the front lines. Over the course of the three episodes, Greta explores the science as she travels to extraordinary locations across the globe, meeting leading climate scientists, witnessing first hand the consequences of climate change and confronting the complexity of what is required to make change happen. She travels from the burning tar sands of the Canadian oil industry to the coal mines of Europe and the melting glaciers of the U.S.—places where the impact of a changing climate is glaringly obvious, both for the planet and for the inevitable human costs—making clear the reasons why scientists call for action to be taken. The series also hears from a range of academics, economists and experts, further exploring the climate change science Greta encounters on the ground.” “John Patrick Shanley, who created the classic MOONSTRUCK, brings his sweeping romantic vision to Ireland with WILD MOUNTAIN THYME. The headstrong farmer Rosemary Muldoon (Emily Blunt) has her heart set on winning her neighbor Anthony Reilly’s love. The problem is Anthony (Jamie Dornan) seems to have inherited a family curse, and remains oblivious to his beautiful admirer. Stung by his father Tony Reilly’s (Christopher Walken) plans to sell the family farm to his American nephew (Jon Hamm), Anthony is jolted into pursuing his dreams in this comedic, moving and wildly romantic tale.”

New On Hulu in April 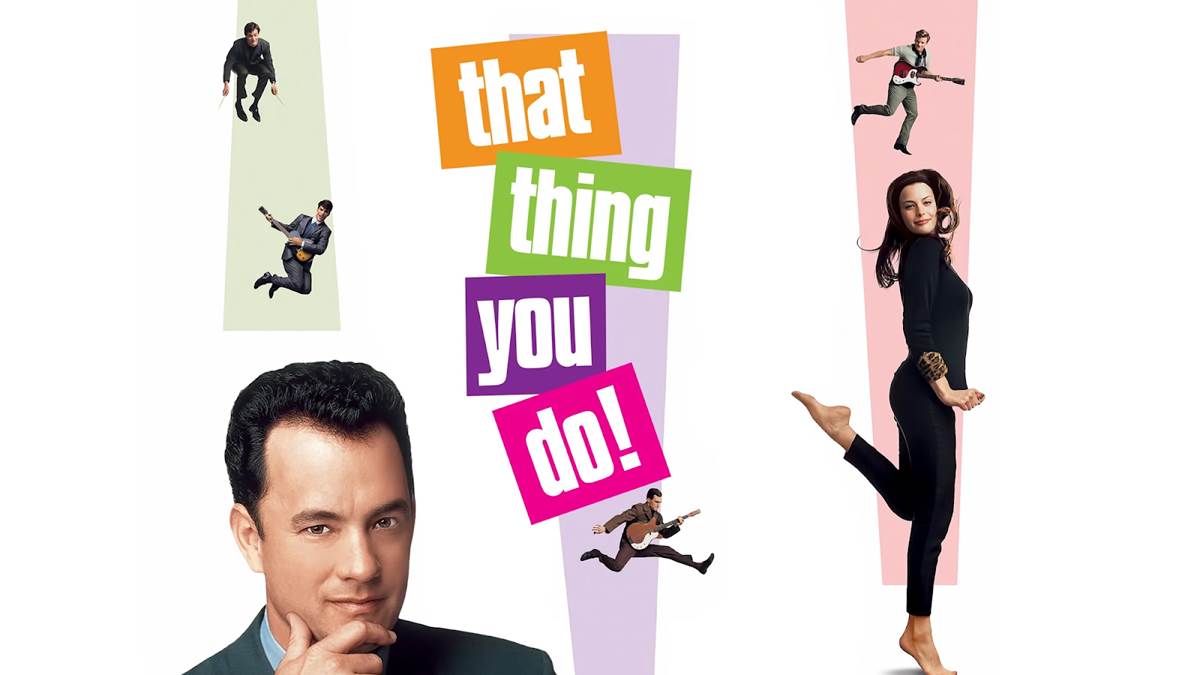