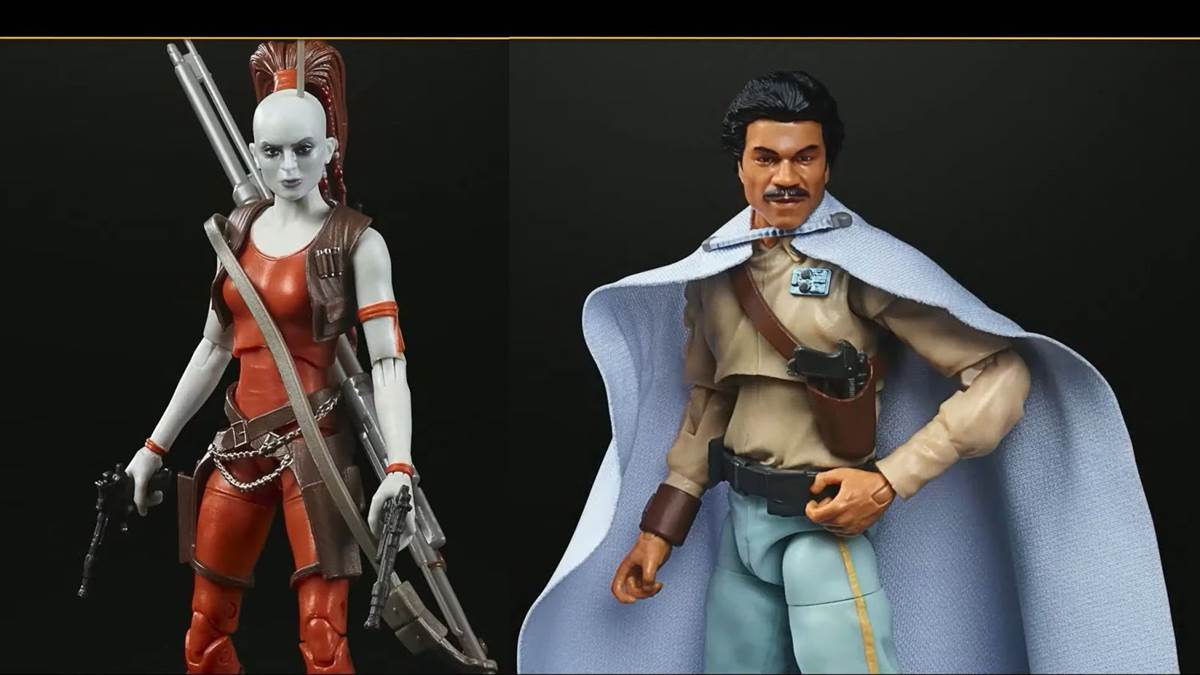 During the Star Wars portion of the stream, the creative talents behind Hasbro’s legendary line of toys from A Galaxy Far, Far Away revealed some new action figures and accessories in both the Vintage Collection and The Black Series lines.

Joining the Star Wars Vintage Collection of 3 ¾-inch action figures are Luke Skywalker in his Hoth outfit from The Empire Strikes Back, plus Han Solo in Endor gear, Admiral Ackbar, and the Emperor’s Royal Guard from Return of the Jedi.

A newly announced sub-category for the Vintage Collection line is the Gaming Greats collection, which will include a variety of characters from Star Wars video game history: Shadow Stormtrooper from The Force Unleashed, Heavy Battle Droid from Battlefront II, plus Electrostaff Purge Trooper and Shock Scout Trooper from Jedi: Fallen Order.

Following up on the “Pipeline Reveals” from the last Hasbro Fan First Friday live-stream event, the team unveiled the highly detiailed new action figures of General Lando Calrissian from Return of the Jedi, Koska Reeves and Zero from The Mandalorian, Tech from The Bad Batch, and Aurra Sing from Star Wars: Episode I – The Phantom Menace as part of the 6-inch The Black Series collection.

Also joining The Black Series will be this new life-size Wedge Antilles helmet with authentic sounds from the movies.

The last reveal from the Star Wars Vintage Collection today was the Target-exclusive Antoc Merrick’s X-Wing Starfighter from Rogue One: A Star Wars Story, complete with carded Merrick action figure. 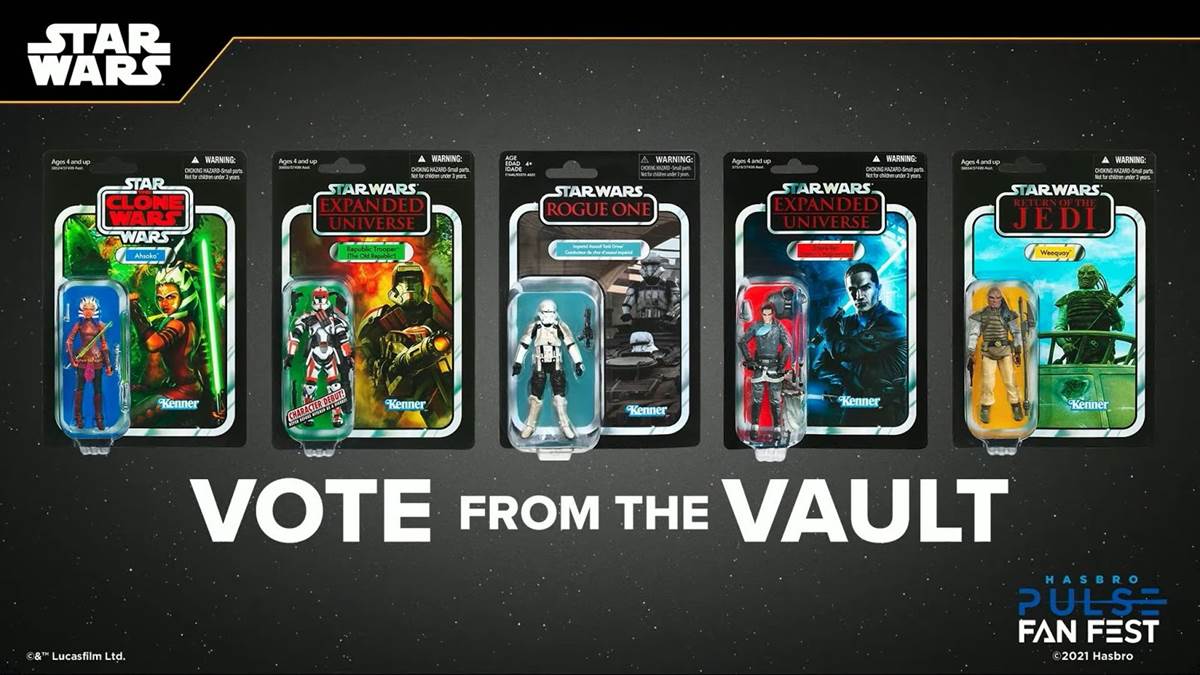 Lastly, the crew closed out the Star Wars stream by reminding fans of the Fan’s Choice vote, which will allow collectors to decide which character would come “out of the vault” to rejoin the Vintage Collection.

For additional information on these Star Wars toys and more, be sure to visit the official Hasbro Pulse website.