It was inevitable, but Thanos, and Infinity Gauntlet back bling are coming to Fortnite. Fans can get a chance to earn them early by competing in the Thanos Cup on June 21. 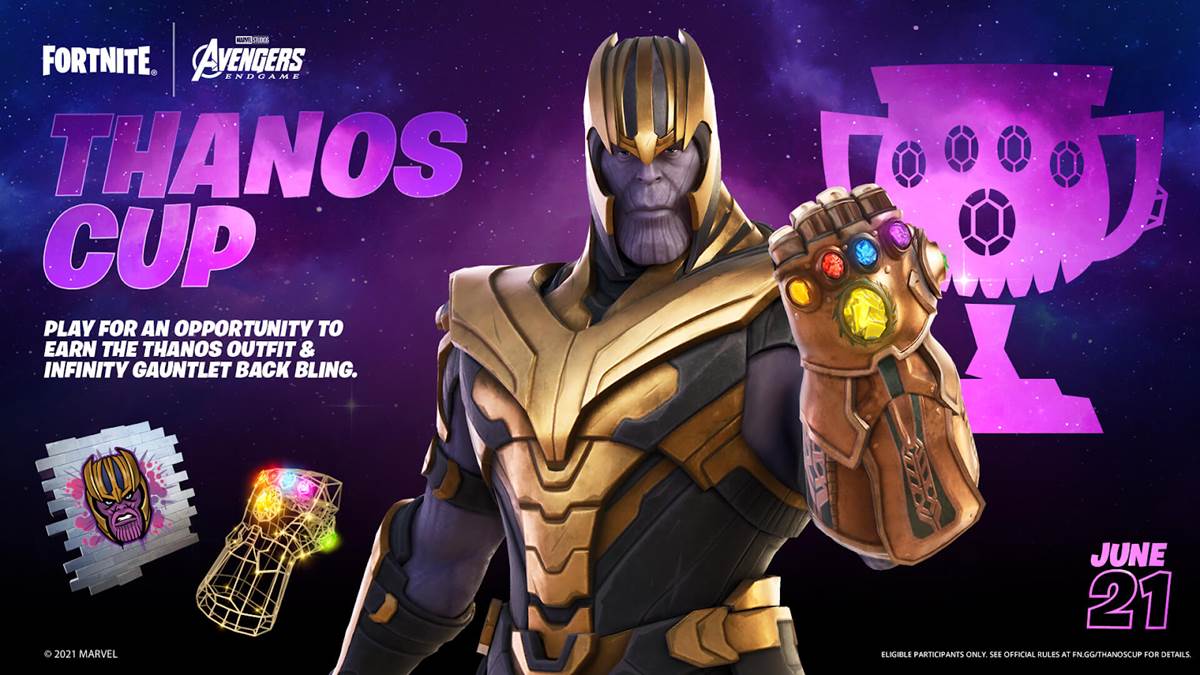 The free-to-play game is practically on everything, except Apple iPhones due to a dispute, so get on the battle bus with your friends and at this point basically all of your favorite Disney franchise characters.