Disneyland Hotel Reopens To Guests For First Time Since March 2020

For the first time since it closed in March of 2020 due to the global COVID-19 pandemic, the Disneyland Hotel has reopened to guests ready to walk through its halls. Halls as historic as the theme park it sits next to. 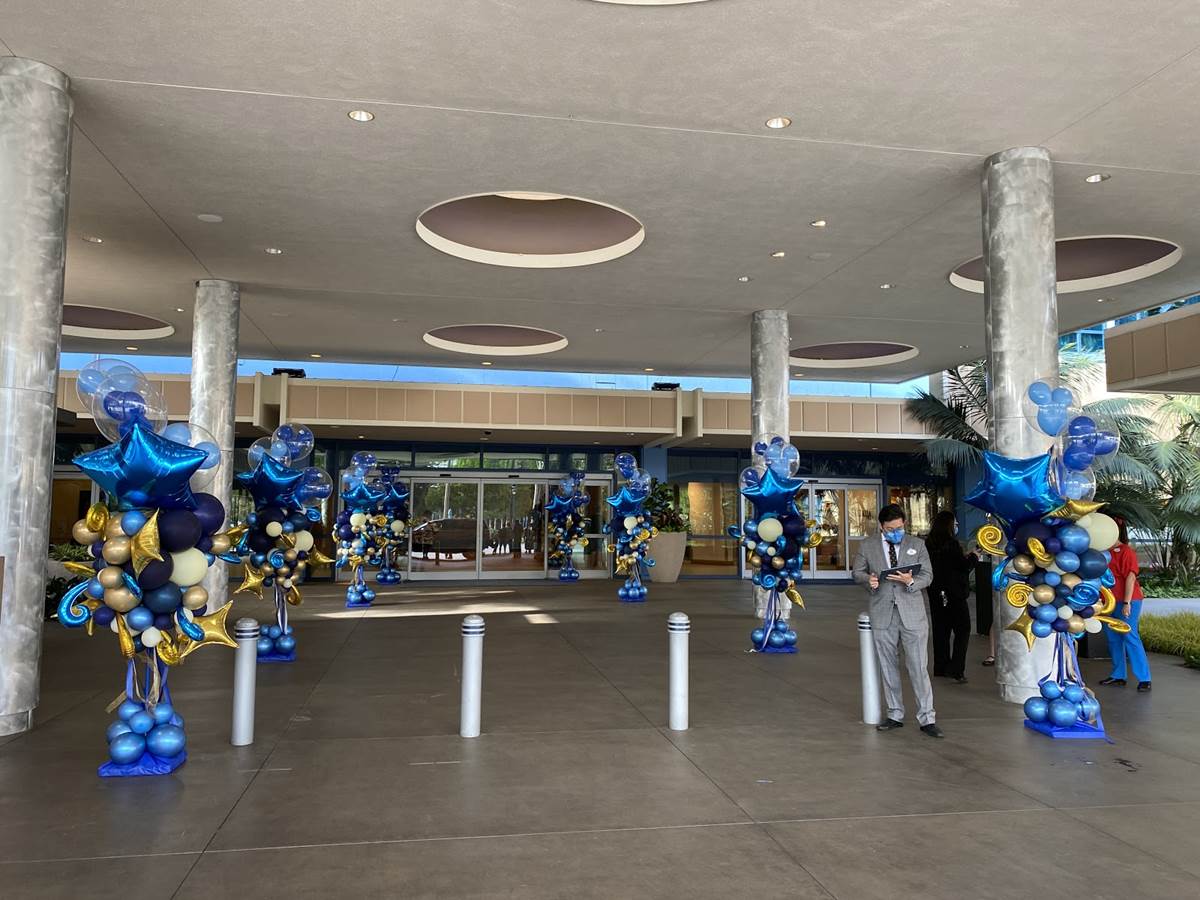 Aside from new gates that now sit at the Downtown Disney entrance, only allowing hotel guests after a certain point in the day, most of the Disneyland Hotel is exactly as we remember it, aside from a lot of construction, but more on that a little later. Balloon towers are scattered throughout the porte cochere and lobby welcoming guests back to the hotel, and the cast was excited to say hello to everyone once again. 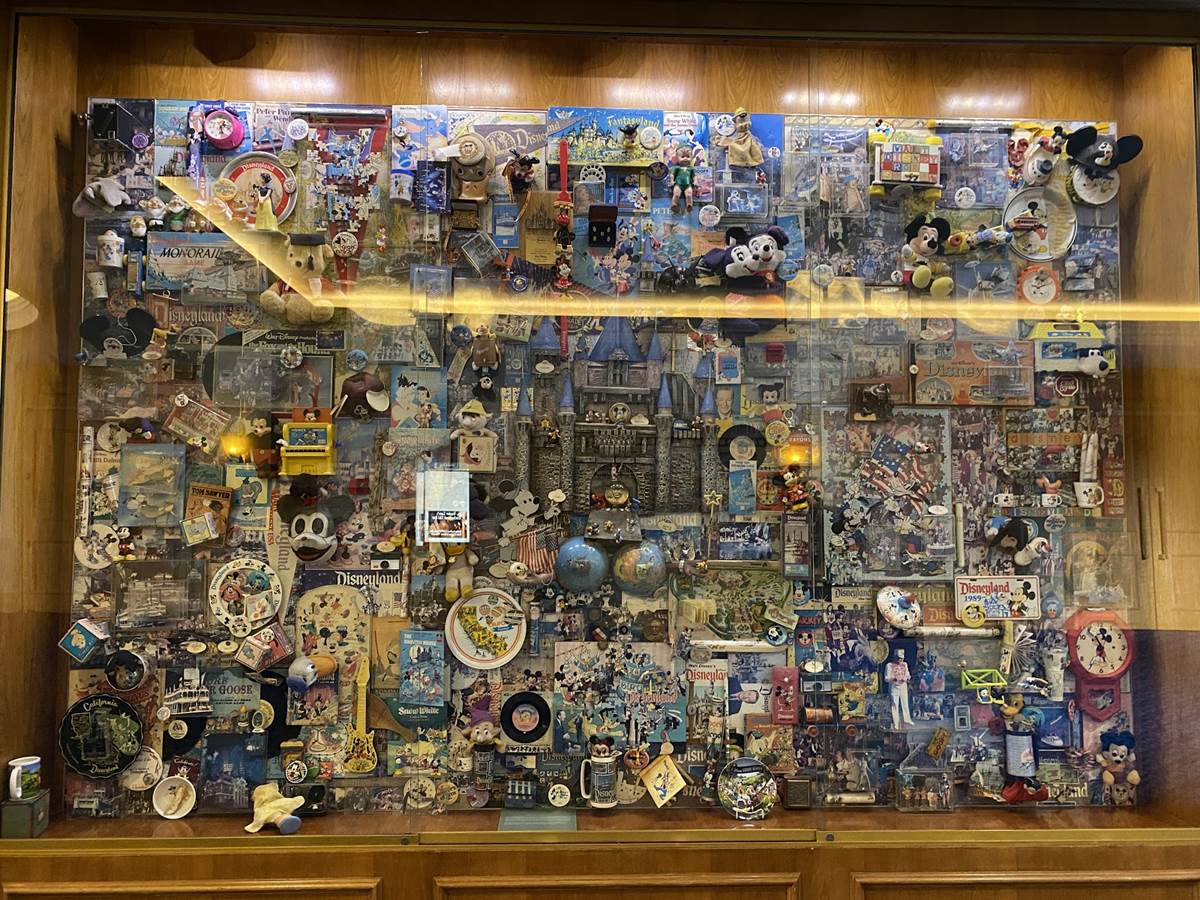 Originally opened in 1955 alongside Walt Disney’s original Magic Kingdom, Disneyland, the hotel has an evolution almost as vast as the park it sets next to. Over its 60+ year history, the hotel went from smaller buildings, expanding into a larger tower, once the tallest building in the city. The hotel was considered an attraction on its own, featuring its own marina, underwater arcade, and plenty of live entertainment to see. More towers were added, as were more features and amenities, including their own fountain show. In the late 90s, the hotel saw even more change as a good portion of it was demolished, becoming part of the Downtown Disney District, leaving the three main towers, then the Sierra, Bonita, and Marina towers. The evolution of the hotel continued, but the resort’s latest major renovation turned the hotel into a celebration of the park it sits next to, with the towers becoming the Fantasy, Adventure, and Frontier towers, indicative of the lands of the park. The pools are even named after the classic ticket books, and feature water slides in the guise of monorails. 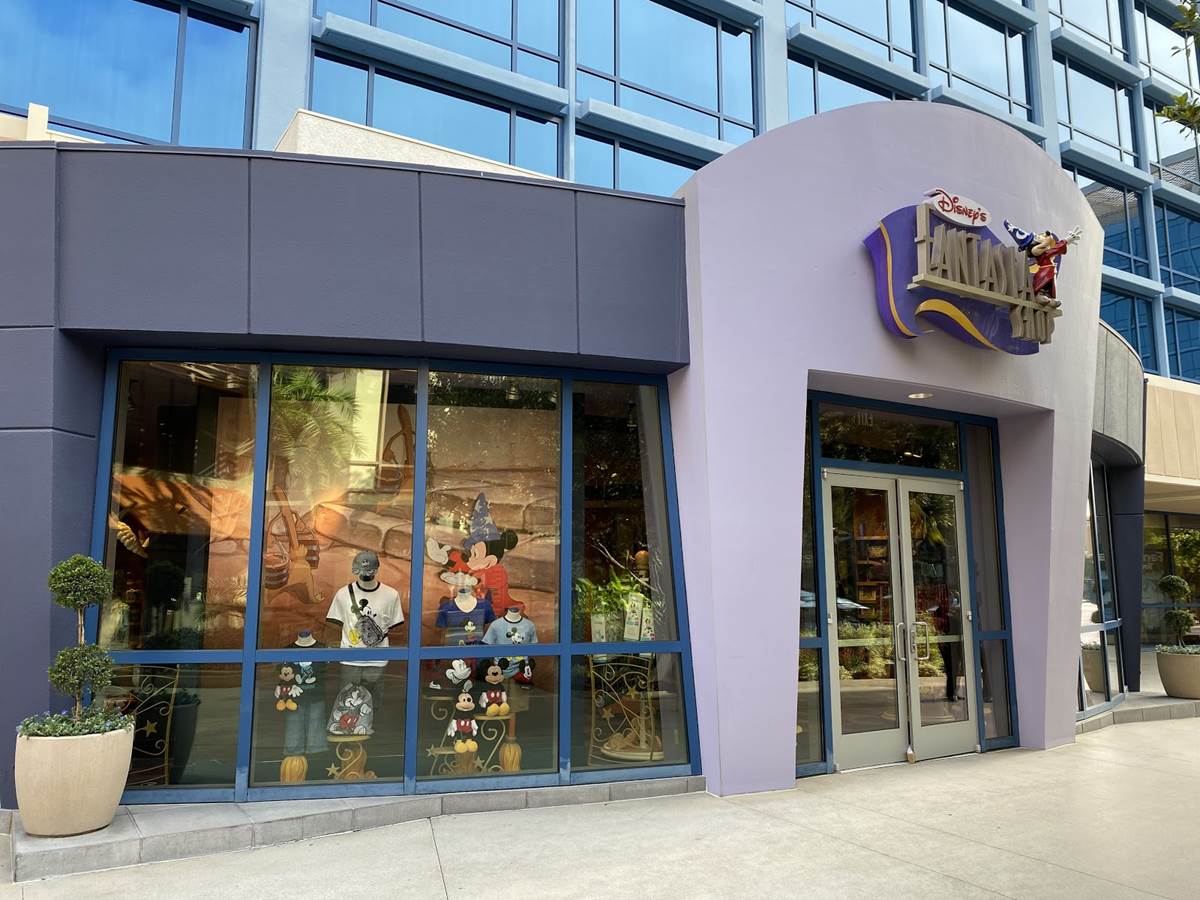 Just off the lobby, many guests stop by the Fantasia Shop, known for Disneyland Hotel merchandise, as well as some general Disneyland Souvenirs. Our visit reminds us why many folks might visit the hotel today: to spend some time at one of the more popular new (relatively speaking) offerings at the hotel. 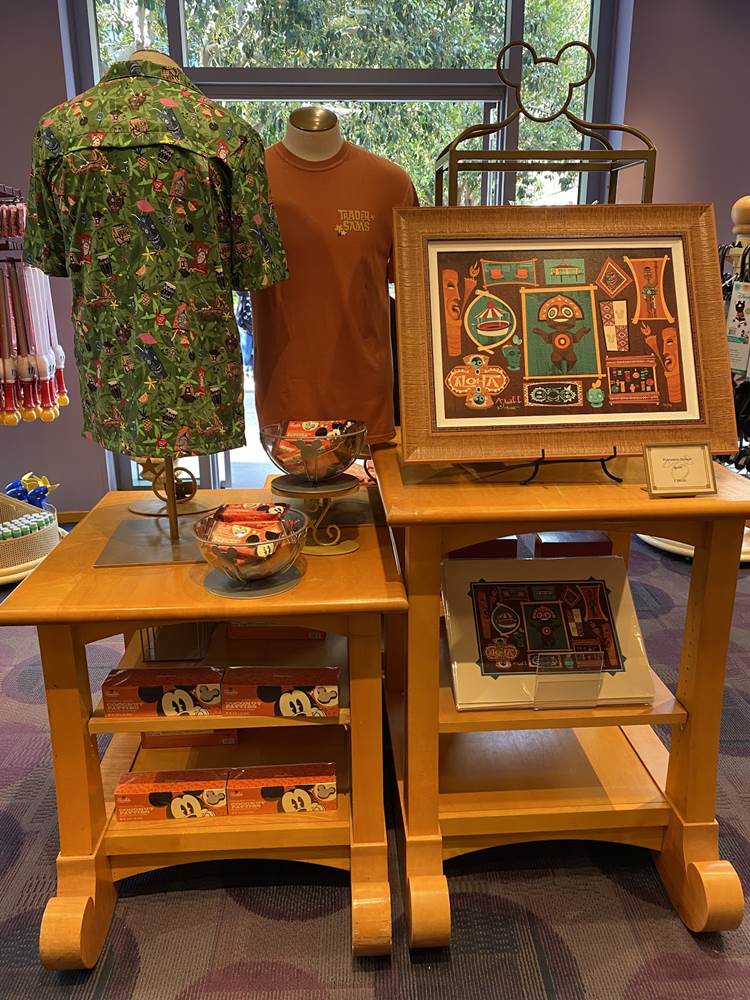 One of the more anticipated reopenings, maybe even more looked forward to than the hotel itself reopening, was the reopening of the popular lounge, Trader Sam’s Enchanted Tiki Bar. 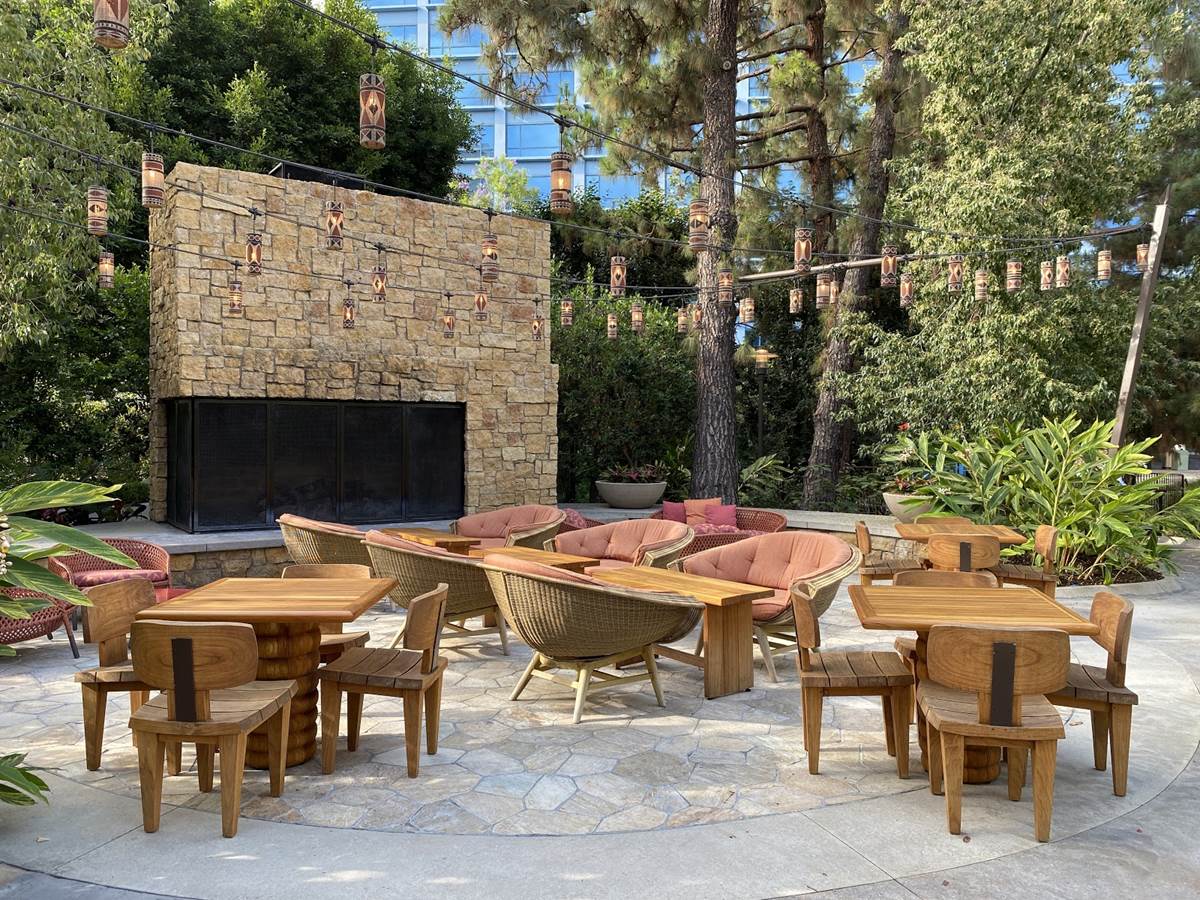 The popular location recently celebrated its 10th anniversary, though the lounge was closed at the time. Originally opened in 2011, and loosely themed to Adventureland attractions like Jungle Cruise and The Enchanted Tiki Room, the atmosphere is iconic amongst Disney fans and visitors as specialty drinks are ordered, each triggering some kind of reaction or special effect. If that’s too much for someone just looking to relax after a day at the parks, Trader Sam’s also has a beautiful outdoor patio and neighboring fireplace. The lounge is so popular that a secondary location, Trader Sam’s Grog Grotto, was opened at Walt Disney World at Disney’s Polynesian Village Resort. Unfortunately, one of the restaurants of the Disneyland Hotel remains closed and will not return. While nothing has been named as a replacement, Disney did announce that Steakhouse 55 is closed permanently. 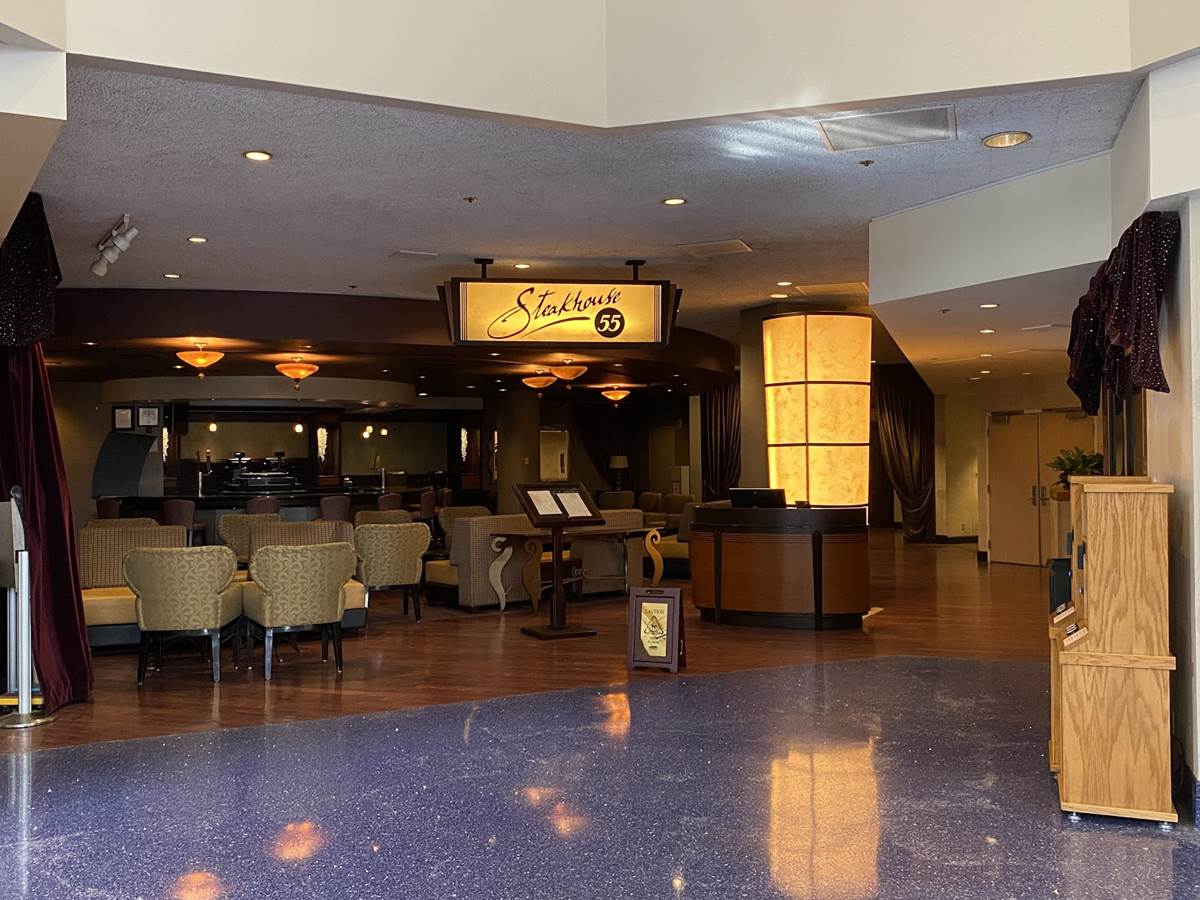 You can watch our full livestream from yesterday below, where after we toured Disneyland Park, took the short walk over to the Disneyland Hotel to see everything going on. In the stream you can see the line waiting to get into Trader Sam’s Enchanted Tiki Bar, as well as the construction that has begun on a new 4th tower at the hotel, dedicated to Disney Vacation Club Rooms.