Welcome to the Hub of Magic Kingdom Park at Walt Disney World. With the spires of Cinderella Castle ahead of you and paths venturing off into the worlds of yesterday, tomorrow and fantasy, bronze statues of classic characters represented in the park surround you, like Mickey Mouse and his friends, Dumbo, Pinocchio, and Brer Rabbit. (RECORD SCRATCH!) 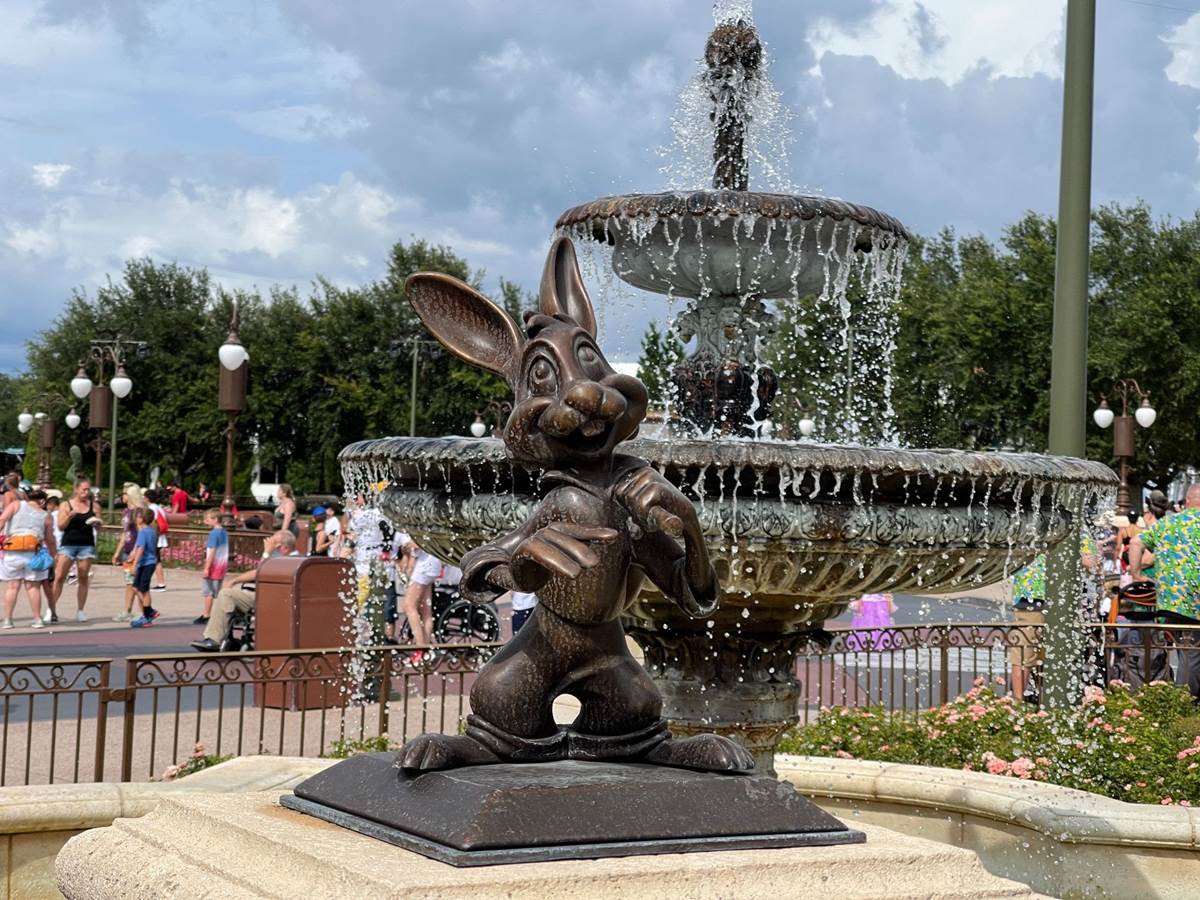 This just in, it has come to our attention that Brer Rabbit has been removed from the Hub. The podium upon which the bronze figure resided has been smoothed over, giving the appearance that he won’t be coming back anytime soon. 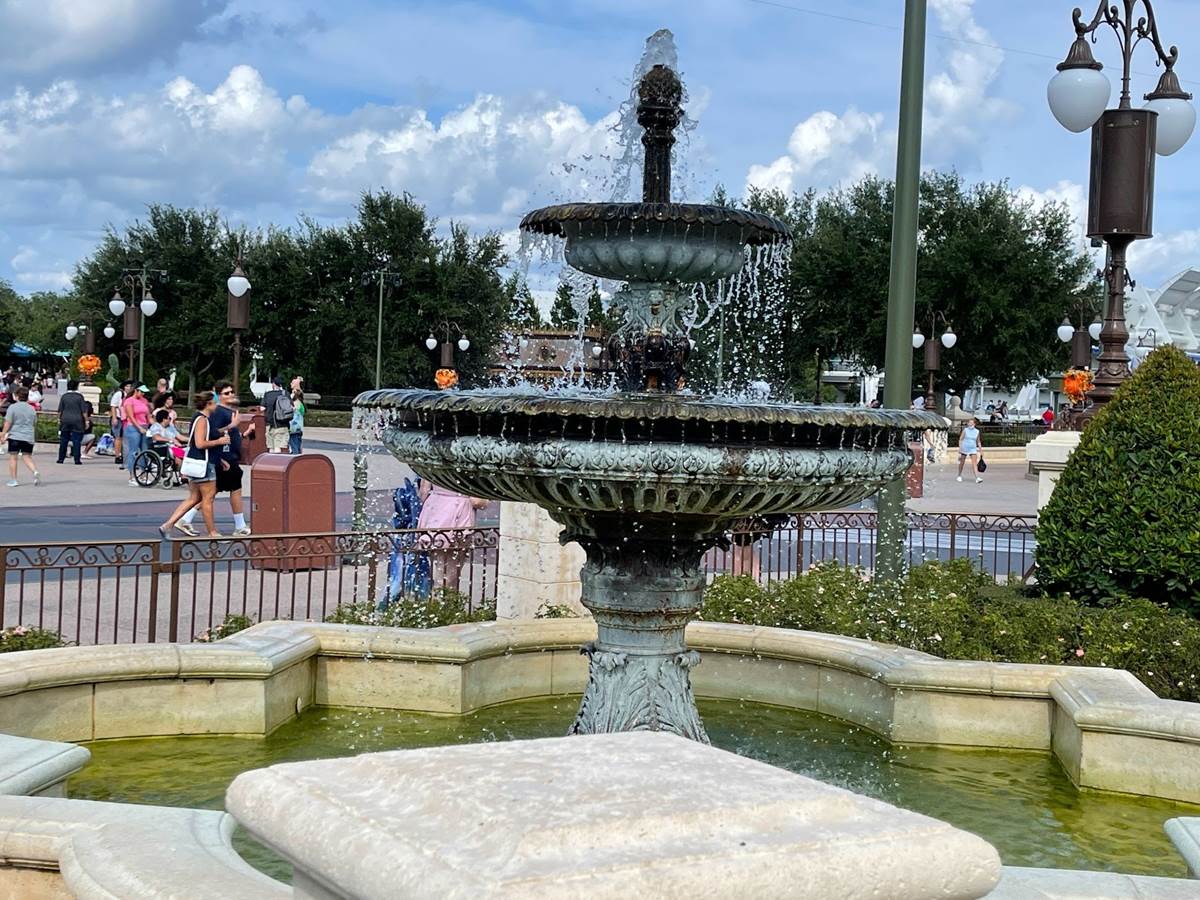 It’s possible that the figure’s removal is more about making space for the Disney Fab 50 Character Collection, golden statues that will be spread throughout the parks as part of the 50th Anniversary Celebration. But the significance of Brer Rabbit being the first (and only) figure removed (yet) also adds credence to speculation that it’s more about removing the character from the park than making room for something else. 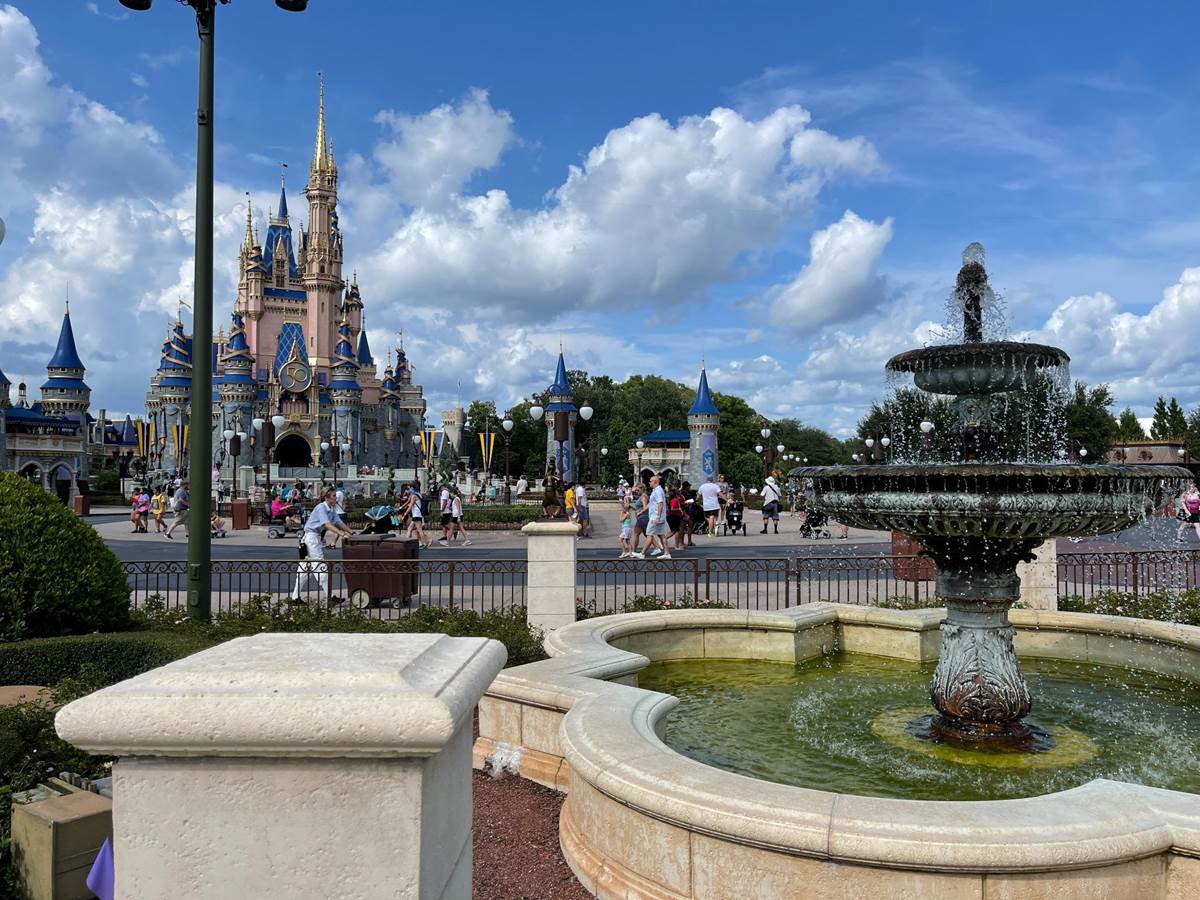 Prominently featured in Splash Mountain, this iteration of Brer Rabbit comes from the controversial 1946 film Song of the South. The character’s origins, however, can be traced back to African folklore about a trickster rabbit. These stories evolved during the enslavement of West Africans in the United States, with the name Br’er Rabbit spreading in popularity. The stories were appropriated by white authors, most famously by Joel Chandler Harris. It was Harris who created the character of Uncle Remus, an ex-slave who recounted the tales of Brer Rabbit, Brer Fox, and Brer Bear, which served as the source of inspiration for the Disney Academy Award-winning live-action/animated musical. 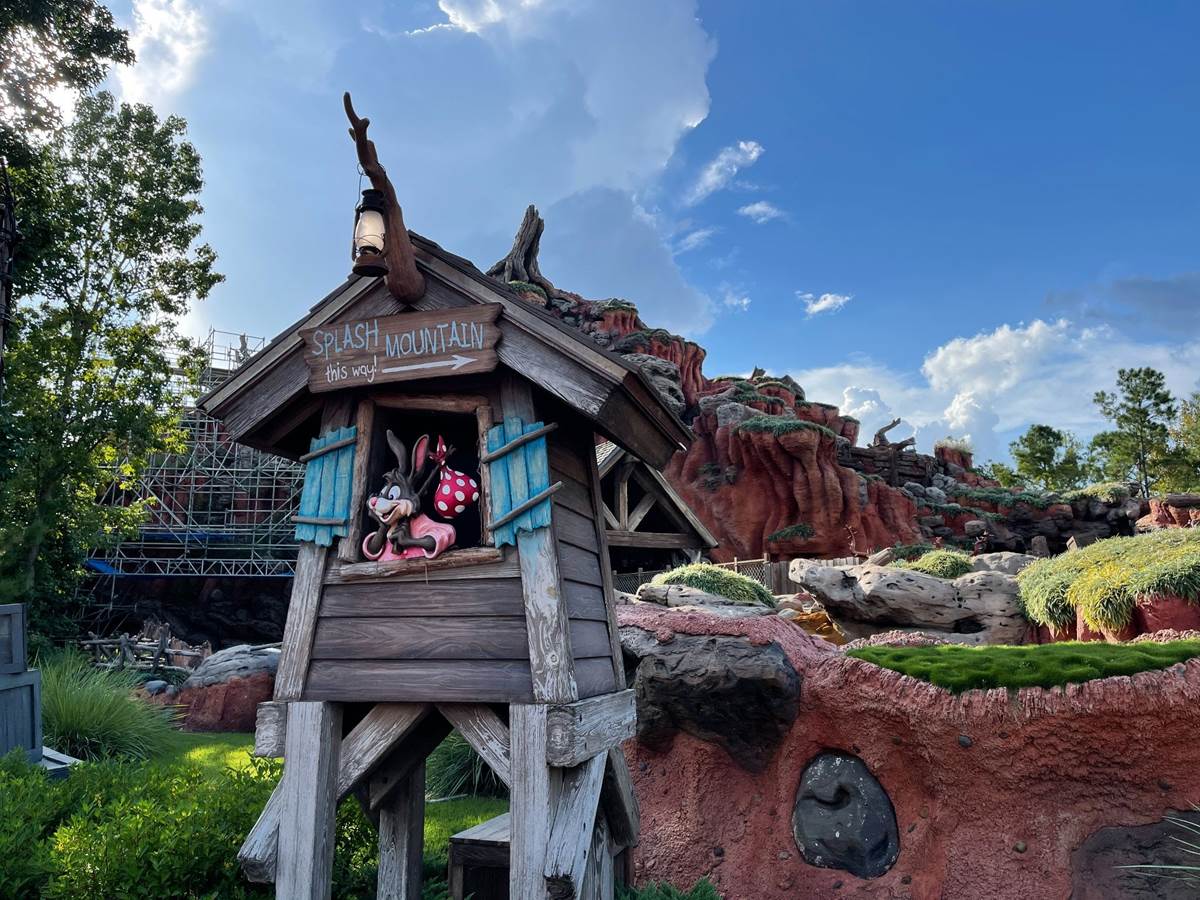 While Song of the South was met with controversy even during its initial release, it was nonetheless successful, in large part due to the animated segments and the hit song “Zip-A-Dee-Doo-Dah.” In the mid-1980s, The Walt Disney Company made the decision to remove the film from theatrical circulation, and with the exception of snippets from the animated segments, it has not legally been released in the United States since then. The song “Zip-A-Dee-Doo-Dah,” by the way, has been removed from music loops outside of Critter Country at Disneyland. 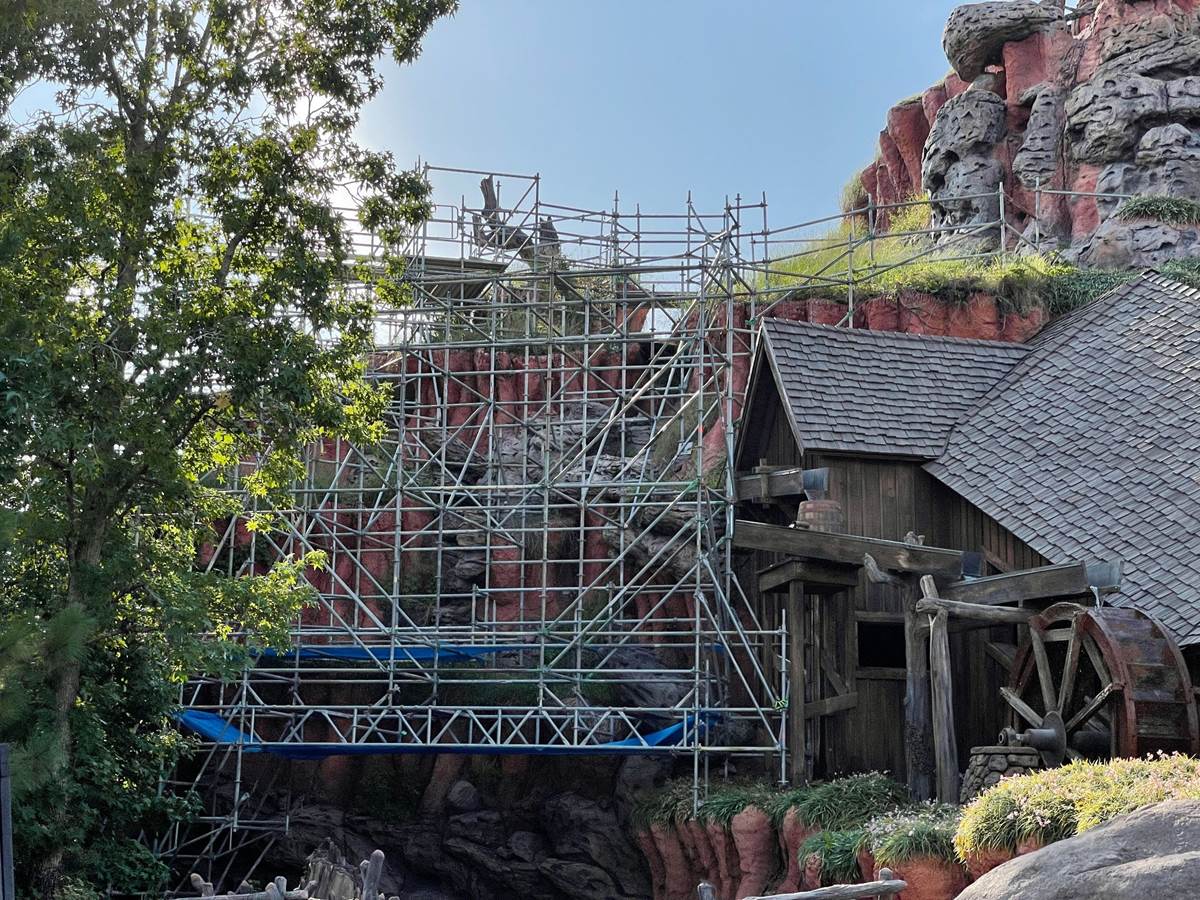 Based exclusively on the animated segments of Song of the South, Splash Mountain debuted at Disneyland in 1989 and expanded to Magic Kingdom and Tokyo Disneyland in 1992. While the attraction is still operating unchanged in all three locations, it was announced last June that Walt Disney Imagineering is working on a revised version of the attraction that will replace Brer Rabbit and his friends with characters from The Princess and the Frog. Click here to see recently released concept art. 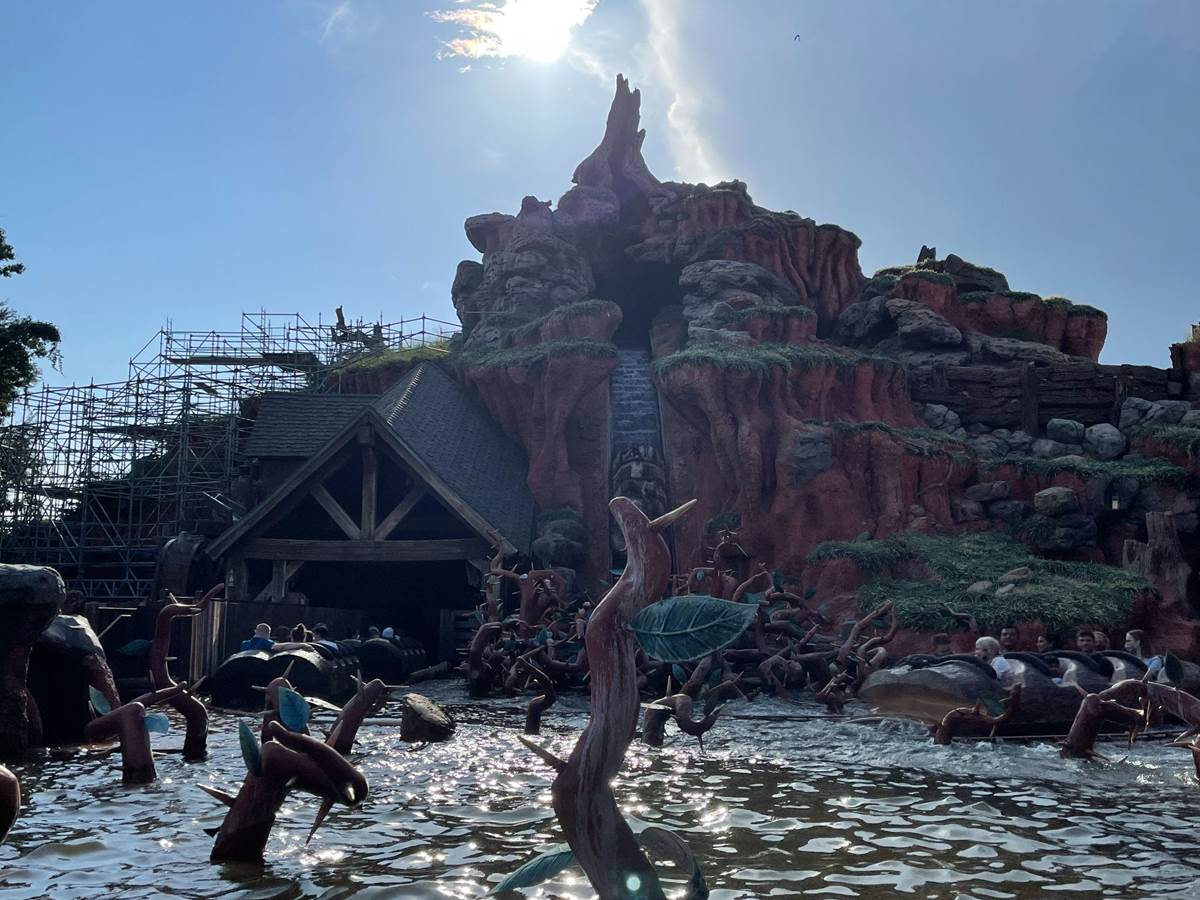 It’s worth noting that Disney doesn’t actually own the public domain character Brer Rabbit, but just the Song of the South/Splash Mountain version of him. Like Peter Pan Peanut Butter, grocery stores carry Brer Rabbit Molasses, neither affiliated with the Disney animated character. Disney’s version of Brer Rabbit isn’t even the only animated adaptation of the character, the most recent of which was made in 2005 by Universal Studios and voiced by Nick Cannon, titled The Adventures of Brer Rabbit.