More of the Disney Fab 50 Character Collection statues have been installed at Disney’s Hollywood Studios, and now can be seen as the parks get ready for the World’s Most Magical Celebration kicking off on October 1st. 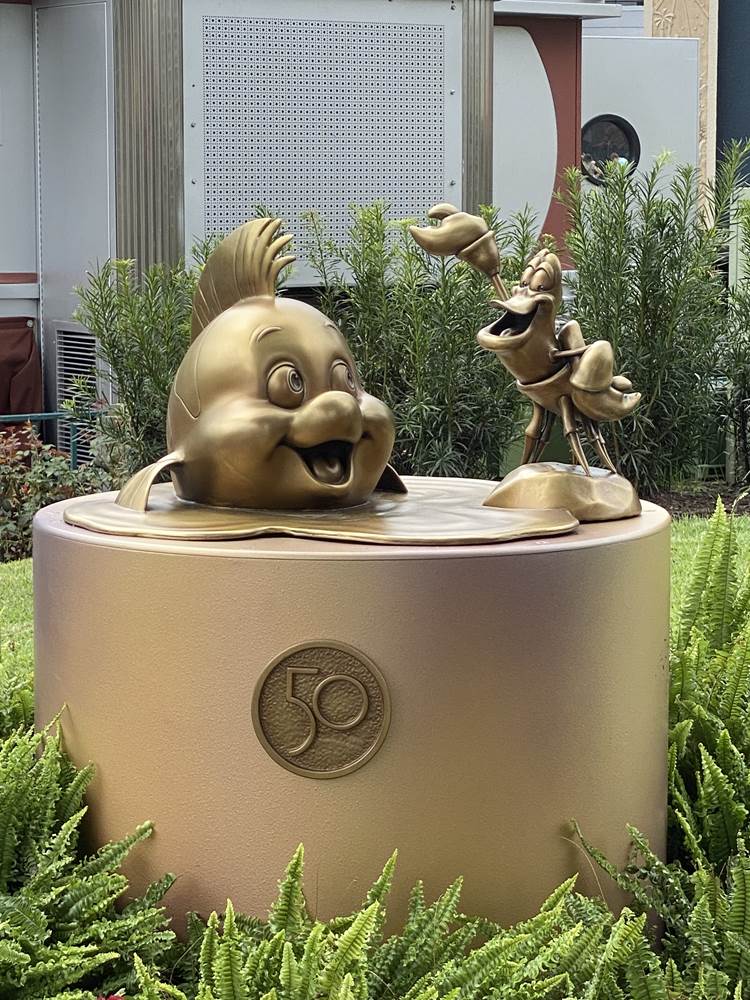 All Photos by Geoffrey Nease

Sebastian and Flounder from the Academy Award Winning The Little Mermaid can be found at the end of Hollywood Boulevard closer to the Chinese Theater and Mickey and Minnie’s Runaway Railway. Edna Mode and Frozone from the Oscar winning film from Pixar Animation Studios, The Incredibles as well as its sequel Incredibles 2 can be found near Echo Lake. At the end of Hollywood Boulevard, near the Hollywood Brown Derby you’ll also find Joe Gardner and his piano keys from one of the latest Pixar Academy Award winners, Soul. 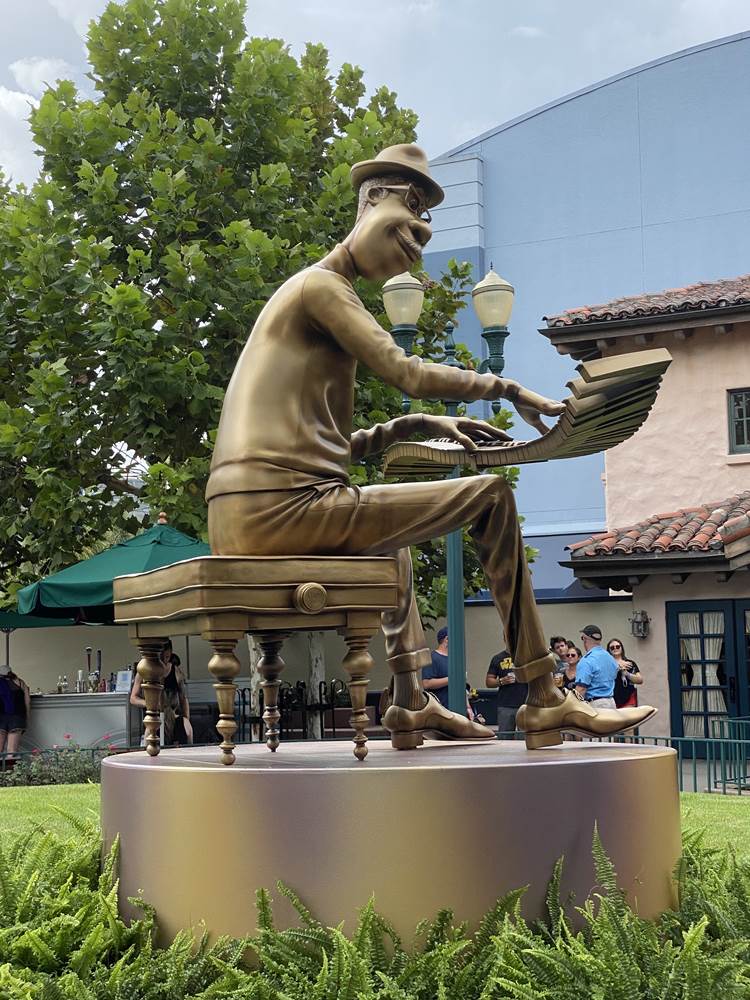 Also at the end of Hollywood Boulevard you’ll find stars of the Oscar-Winning Toy Story franchise Woody and Bo-Peep, who were reunited in Toy Story 4. 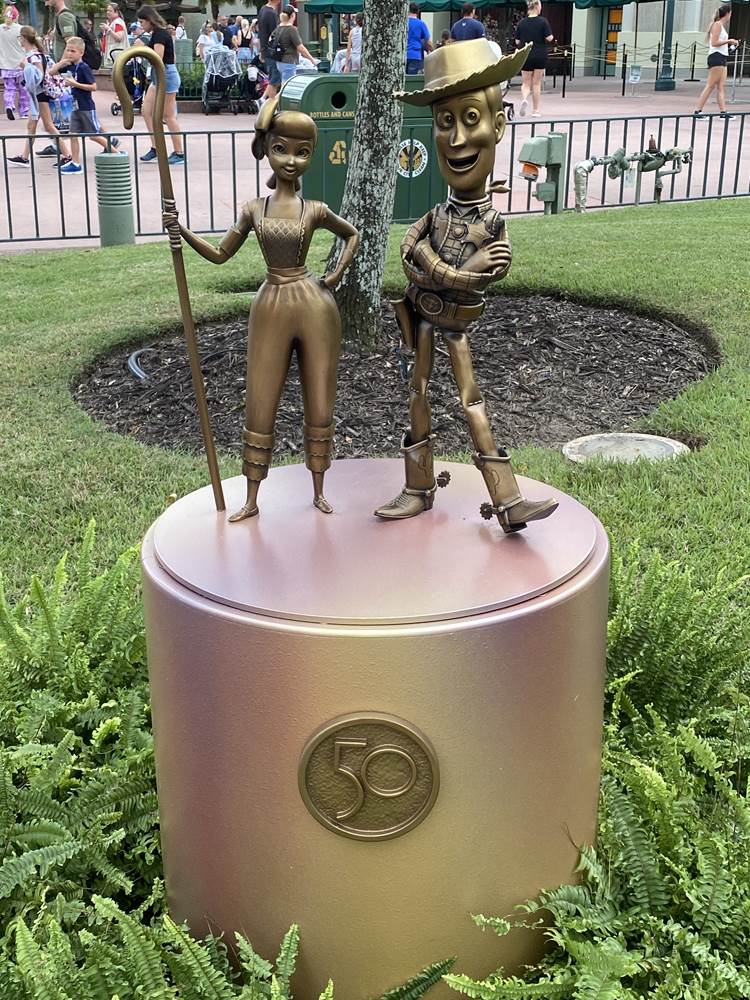 Closer to Echo Lake you’ll find two of the favorite droids from the Star Wars saga as you make your way towards Star Wars: Galaxy’s Edge. 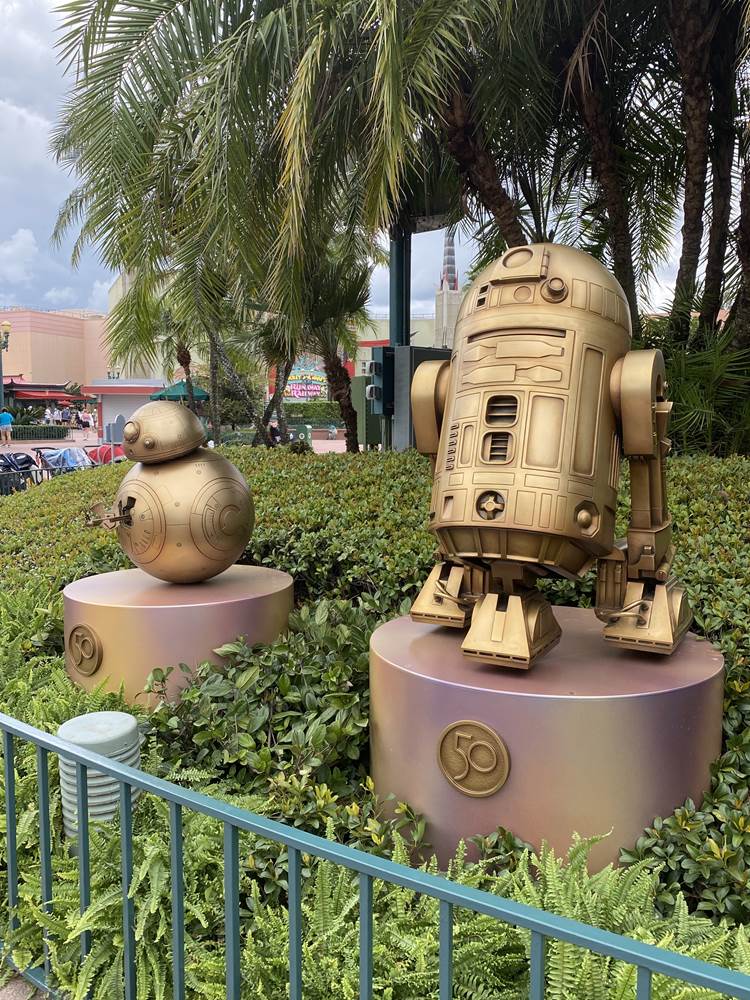 From the Oscar winning Star Wars: A New Hope, the droid who is arguably the star of the whole series, R2-D2. 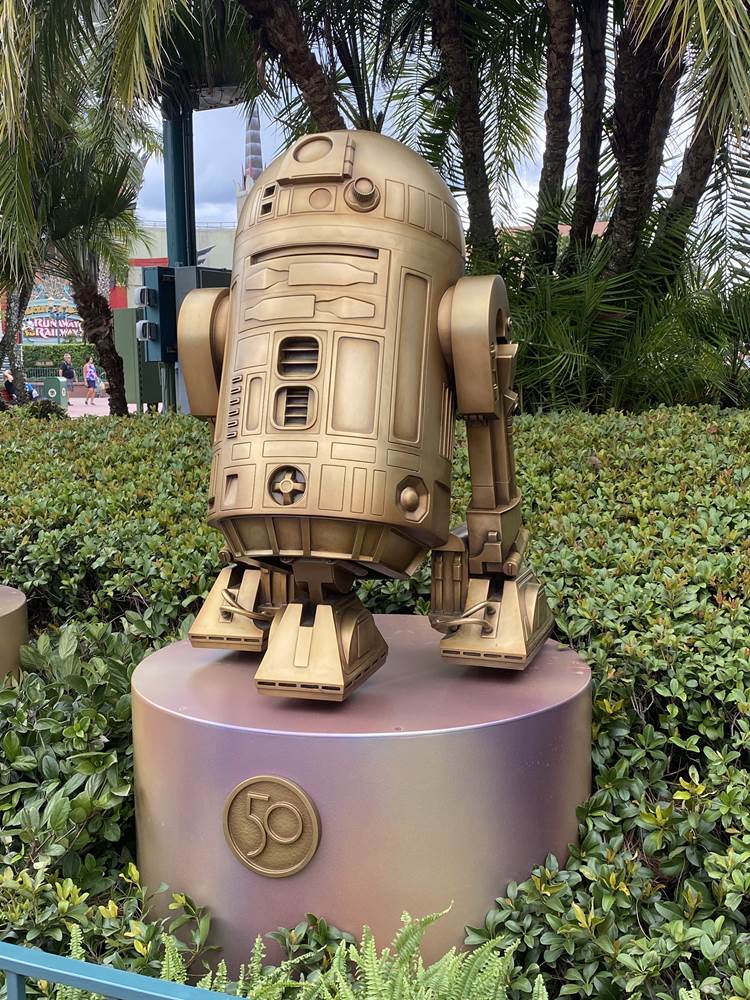 And next to him, making his debut in Star Wars: The Force Awakens and the new trilogy, BB-8. 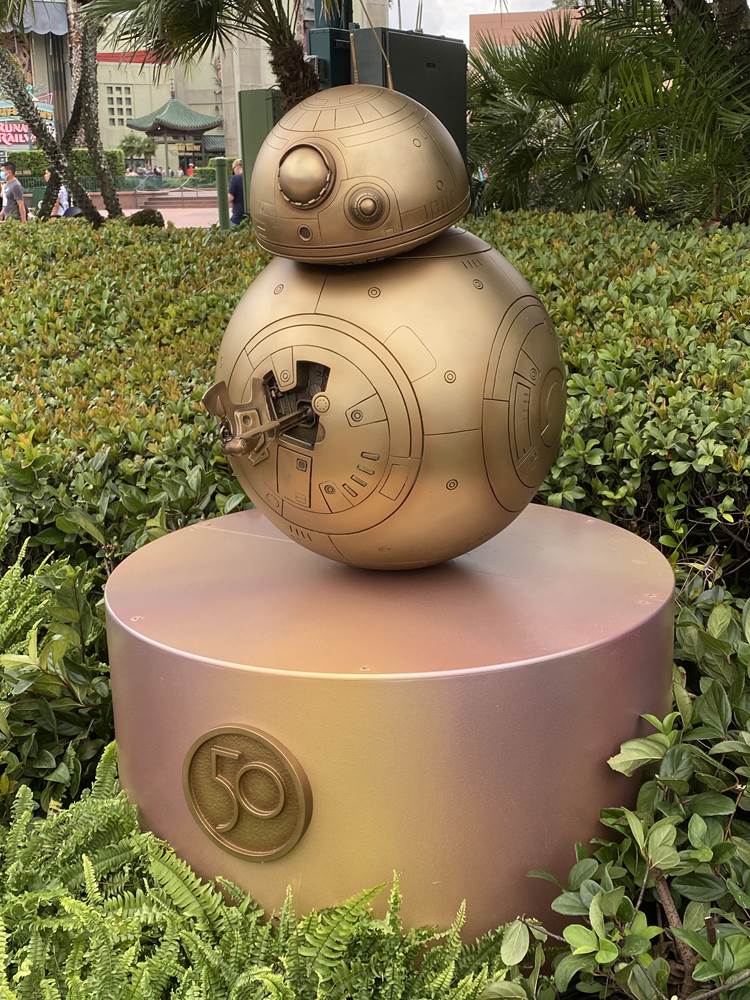 The Disney Fab 50 Character Collection can be found all around the four theme parks starting October 1, 2021, with the Mickey and Minnie Mouse sculptures dedicated to the Disney Cast Members of the past, present, and future.

Other statues have been installed at Magic Kingdom, EPCOT, and Disney’s Animal Kingdom in preparation for the 18-month long celebration.