Aside from the debut of Spaceship Earth as a Beacon of Magic earlier tonight, another Disney classic has a new glow to it, with lighting added to the Walt Disney World Monorail system. Starting tonight all Monorails will have a little bit of extra magic! #DisneyWorld pic.twitter.com/YCmx5ym7DU 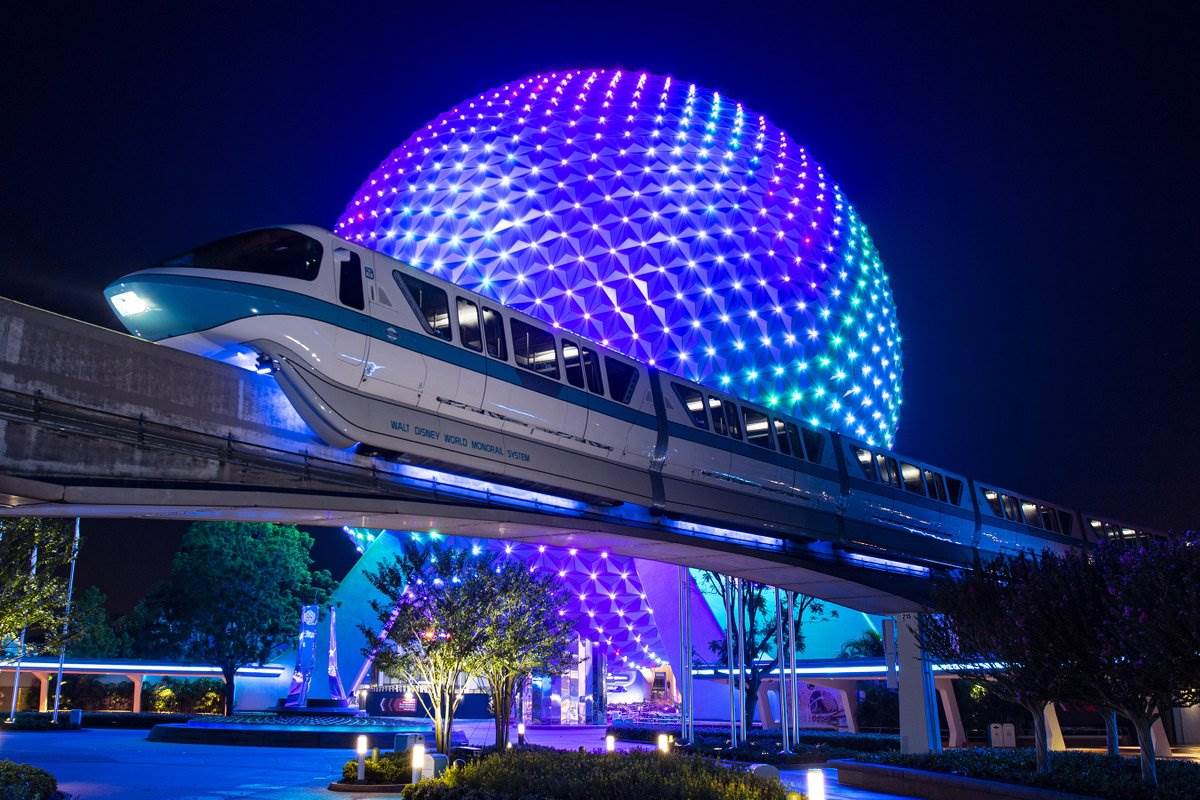