Back in April, Universal Studios Hollywood opened a brand new store near the entrance of the park featuring Super Nintendo World merchandise, in promotion of the brand-new area of the park set to open in 2023. Recently, a new line of Mario Kart-themed pins have dropped at the store. These four pins on one card feature some of the obstacles that get thrown your way in the game. It retails for $19.00. Then you have three Mario Kart poster pins, featuring Mario, Luigi and Yoshi. They each retail for $14.00. 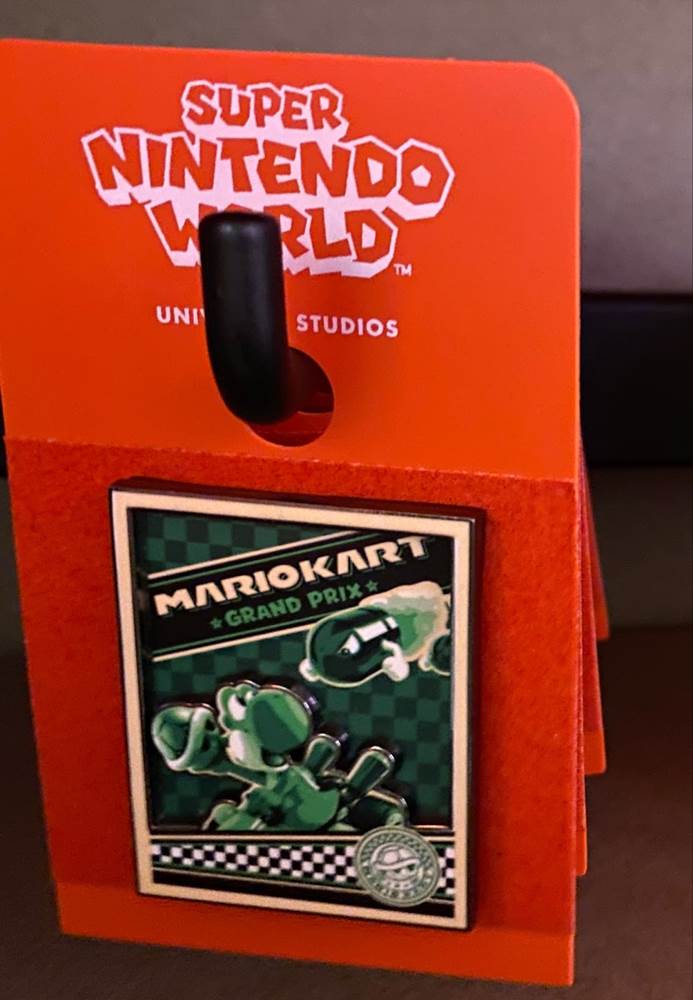 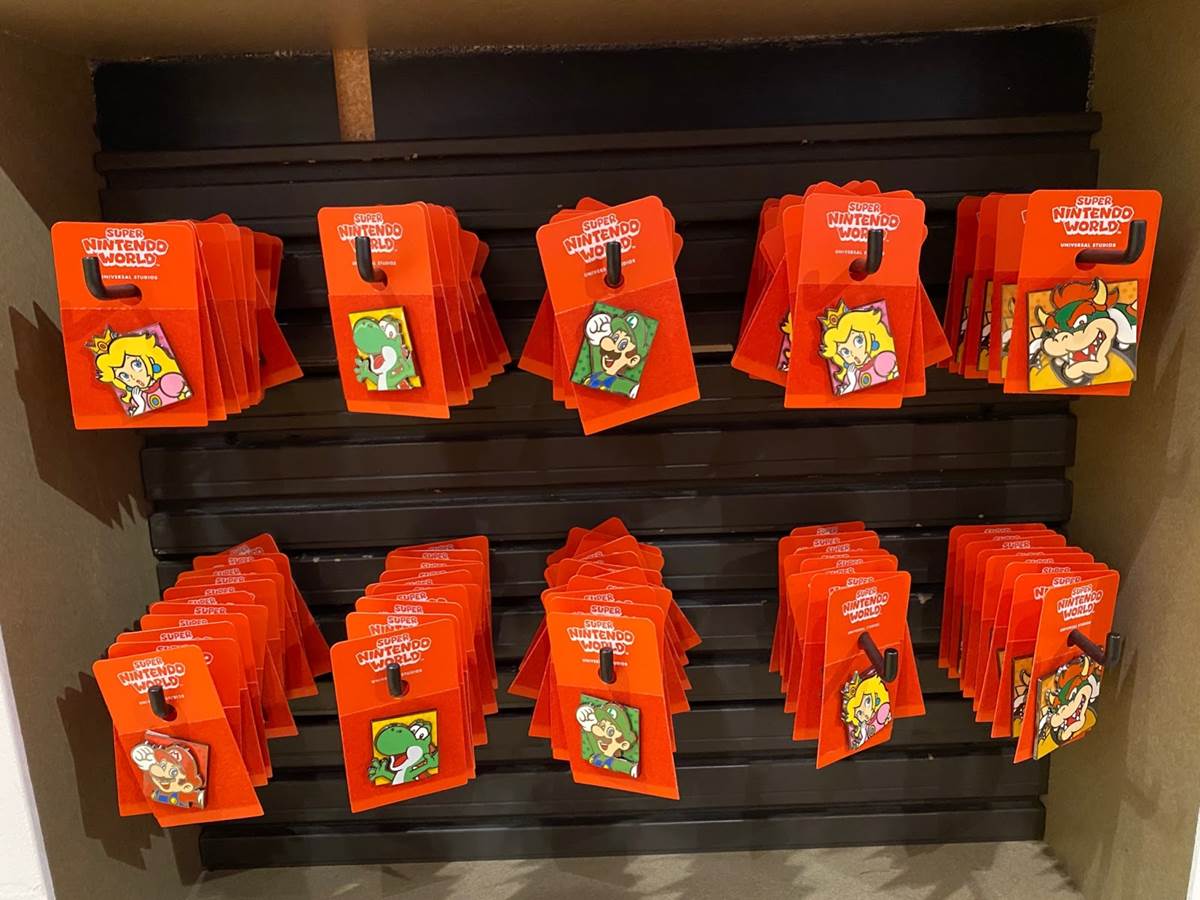 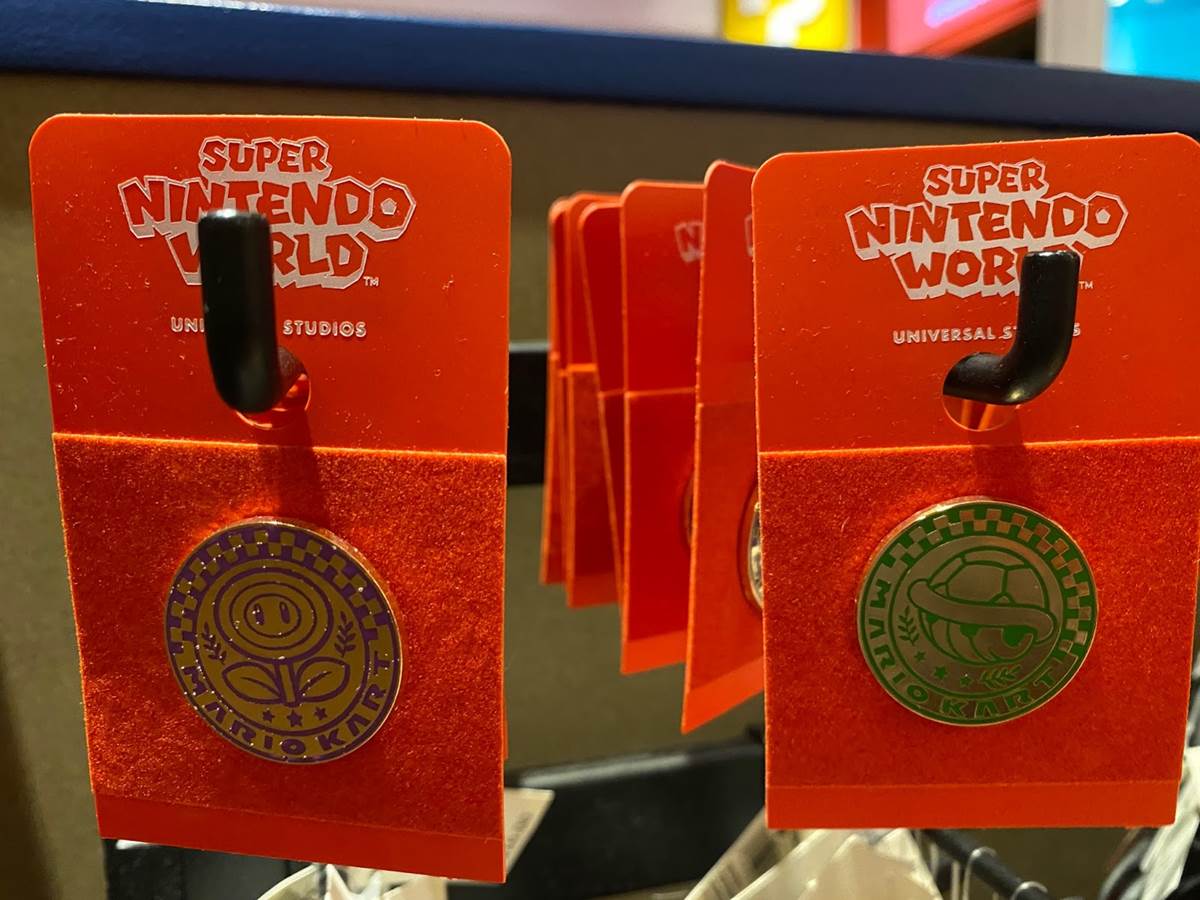 Finally, you have four pins featuring some of the Mario Kart Winners Cups. 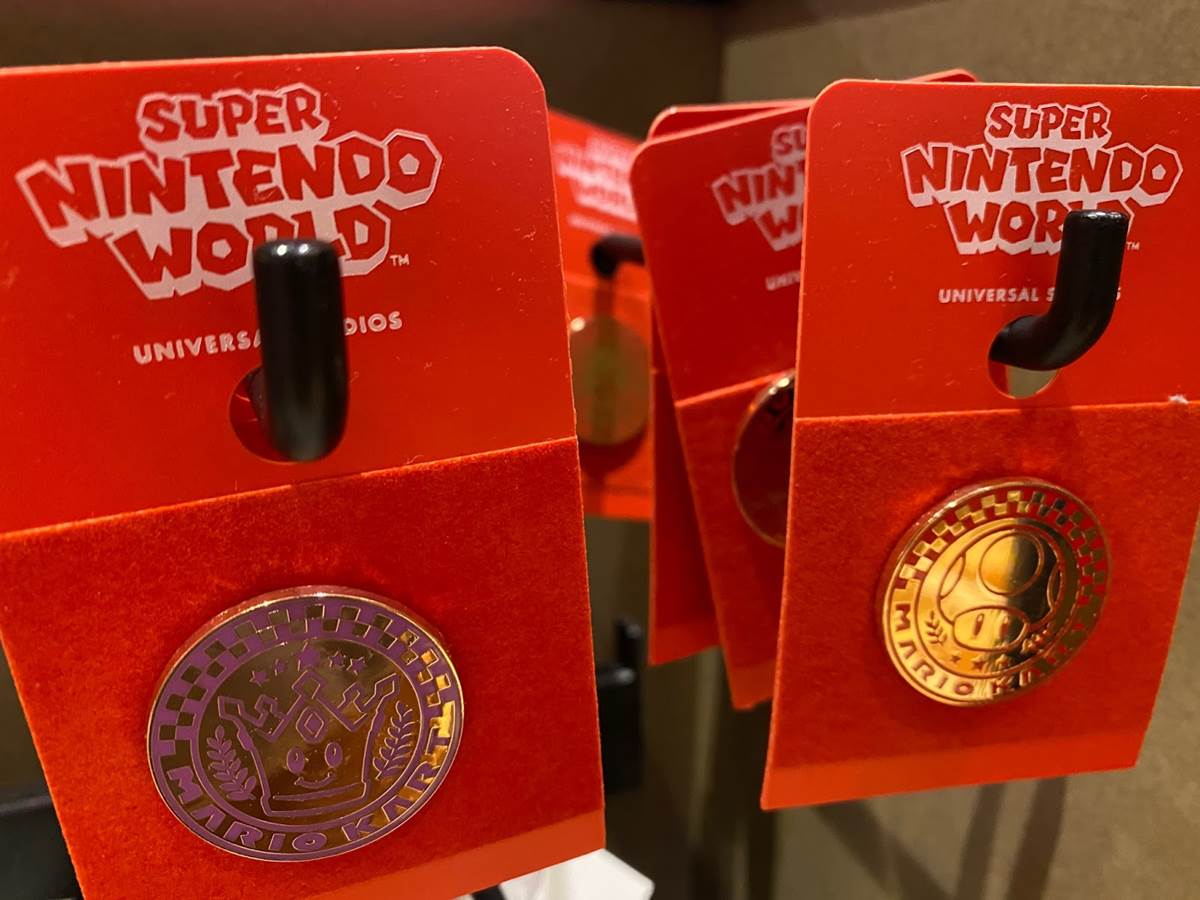