The Disneyland Hotel is currently undergoing a renovation that is updating the look of the hotel ahead of the debut of the new Disney Vacation Club tower. 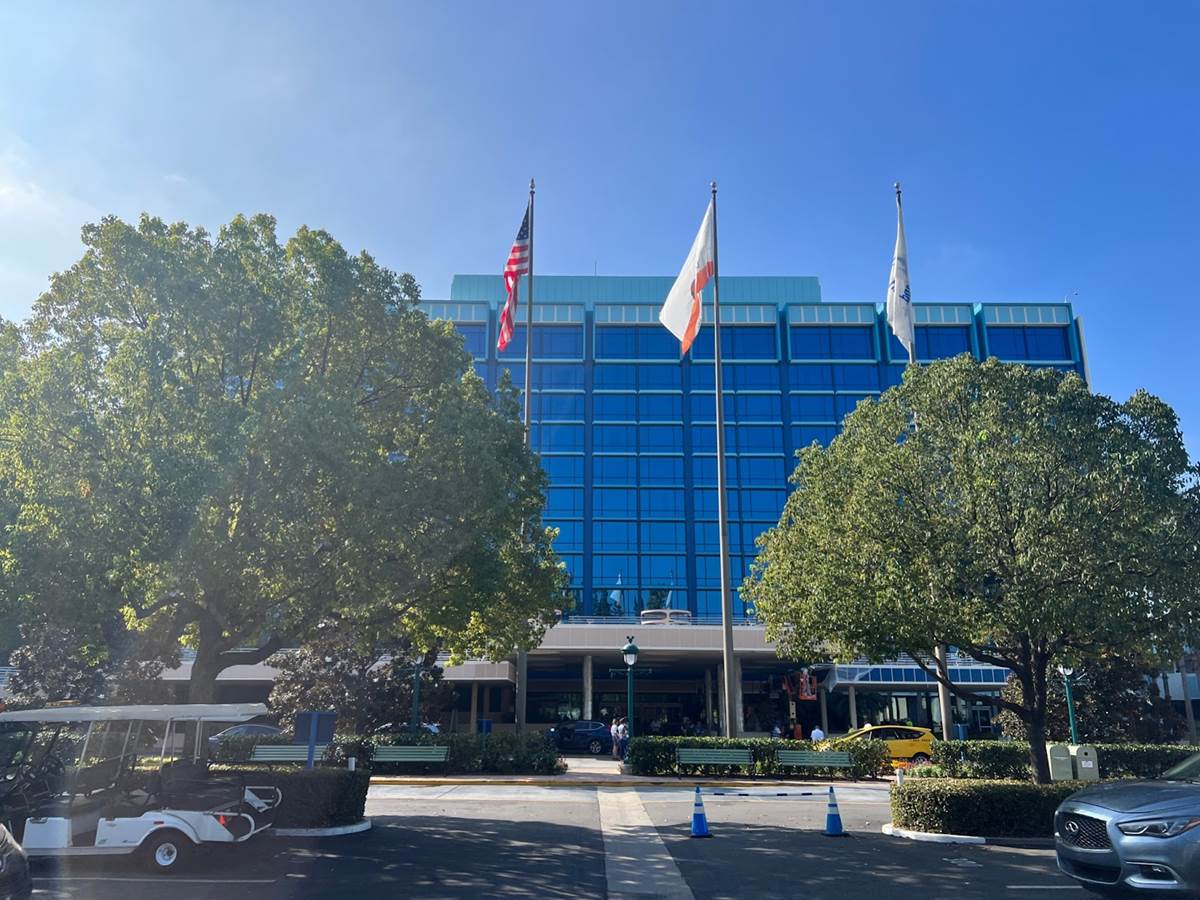 The three main towers of the hotel are all getting repainted, with more light blue being worked into the color scheme, in areas that were previously beige. 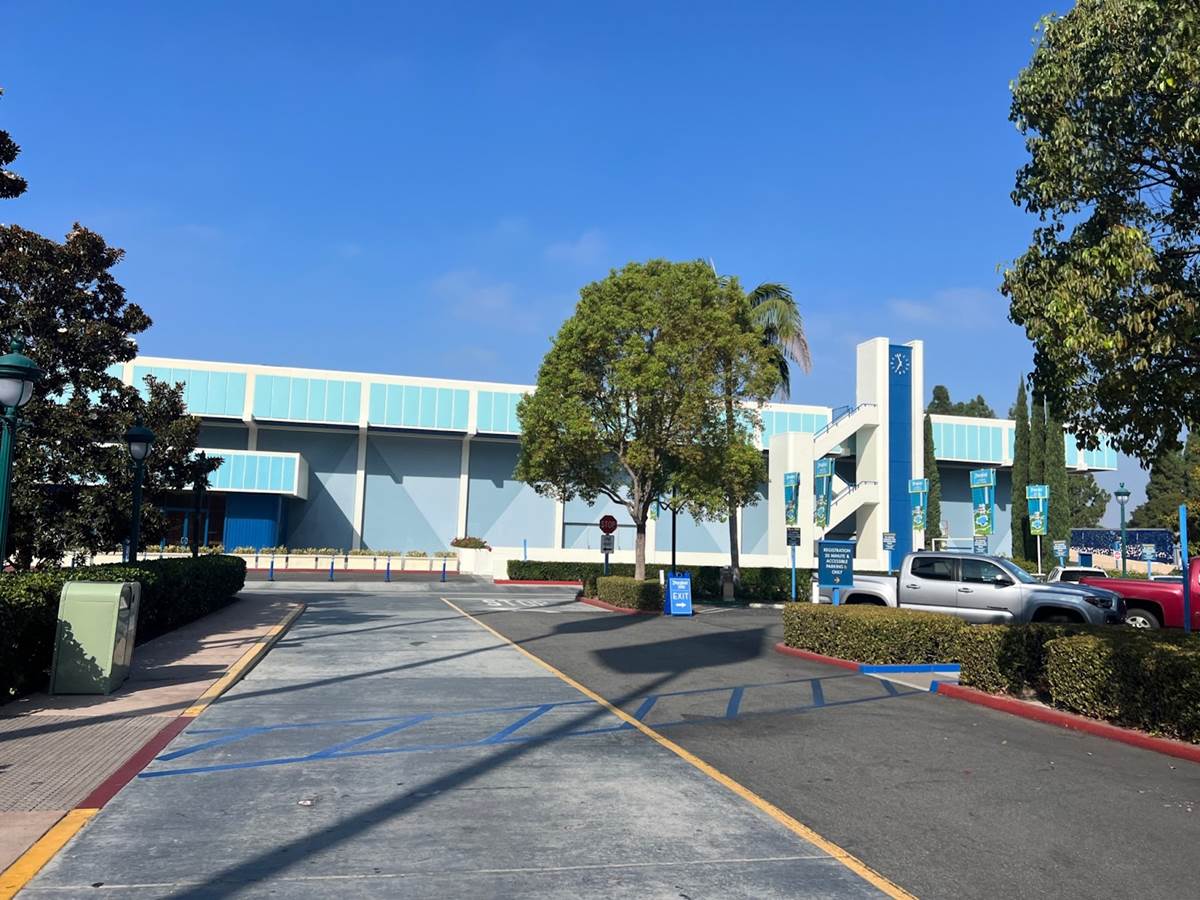 The new color scheme is on full display at the attached Convention Center. 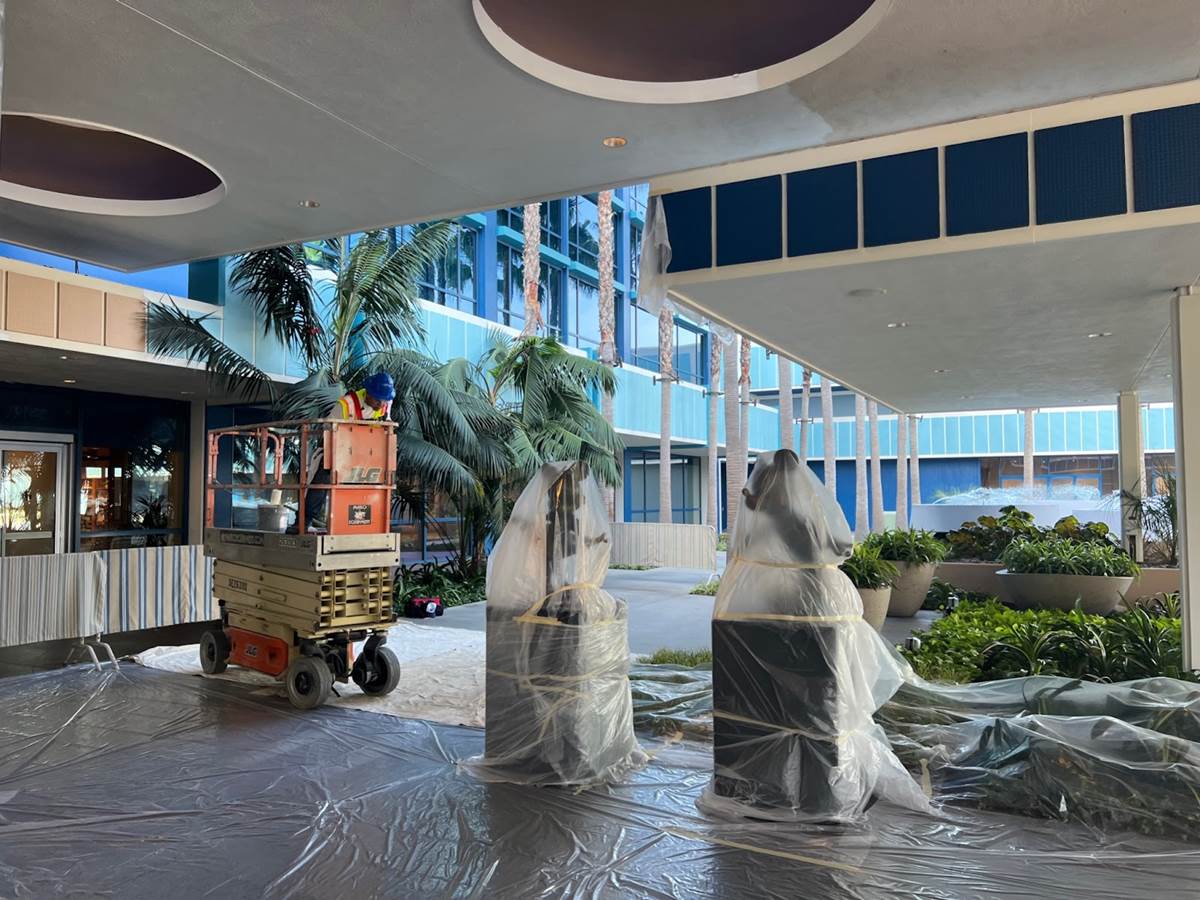 These Mickey and Minnie statues are wrapped up as work takes place on the porte-cochère. 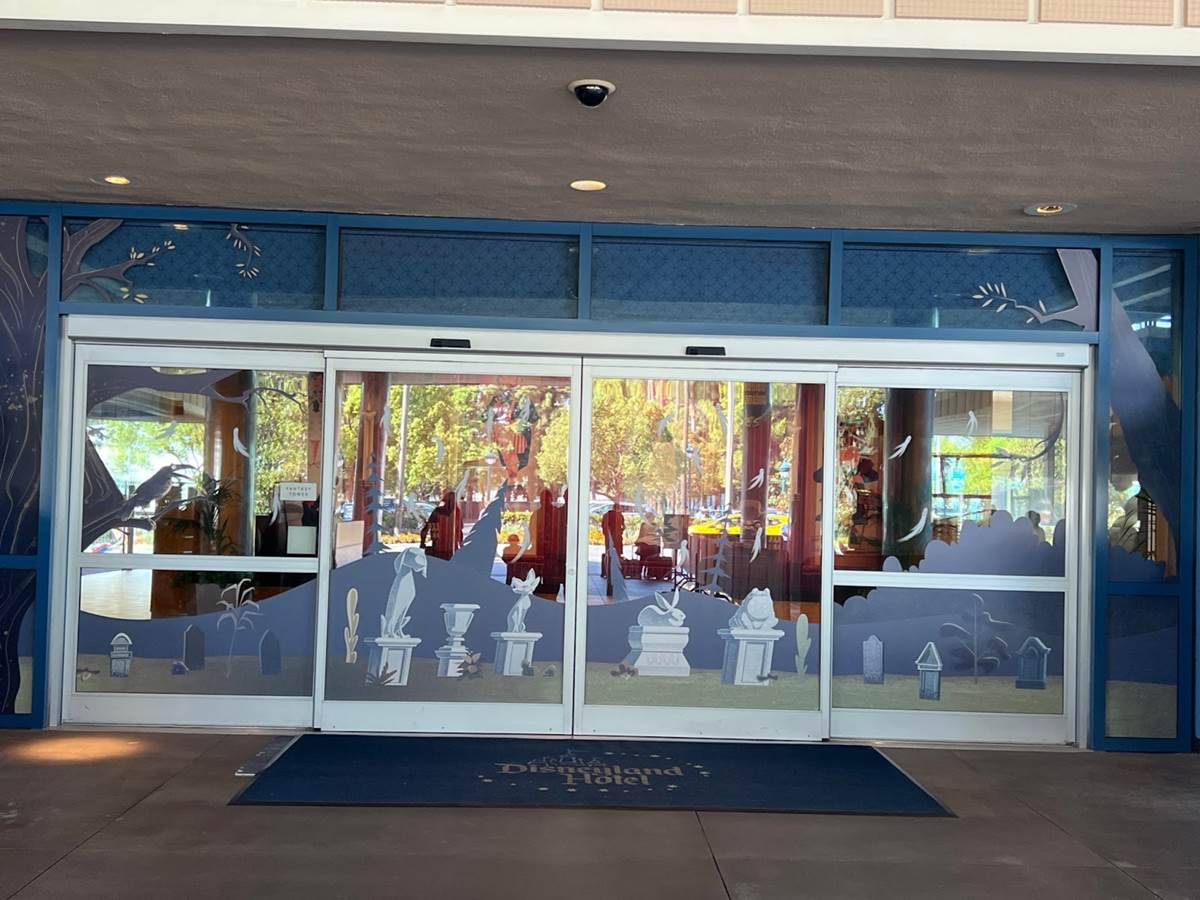 The lobby is decked out for Halloween with some fantastic artwork inspired by The Haunted Mansion. 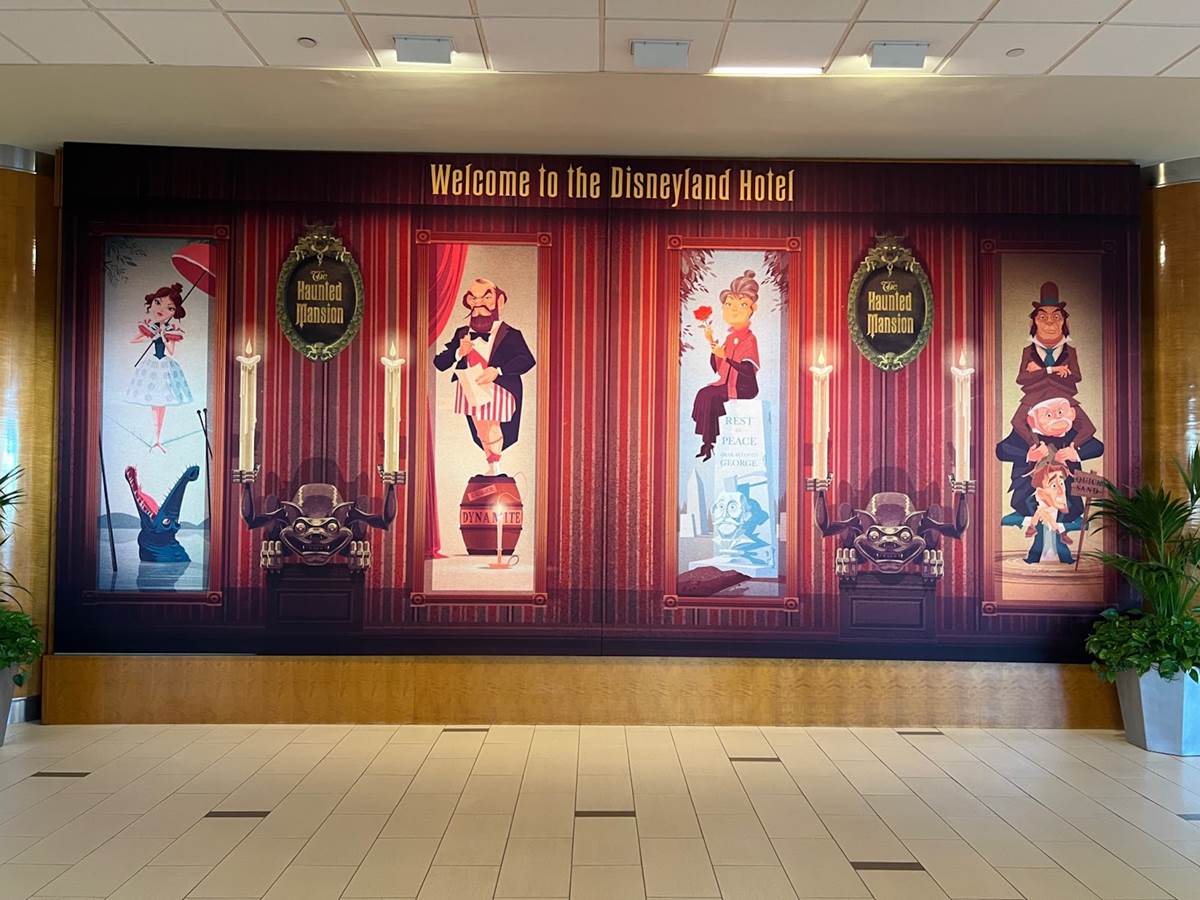 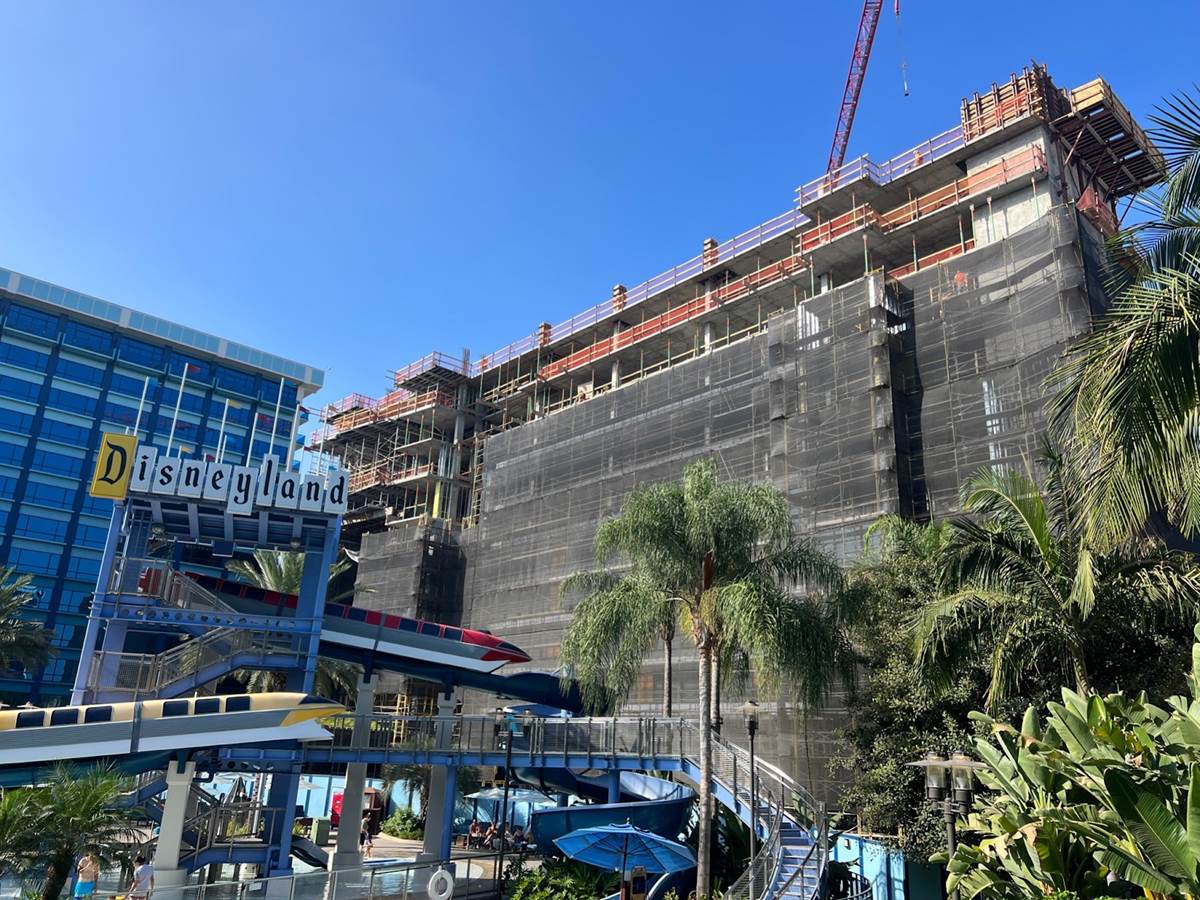 Construction of The Villas at Disneyland Hotel is well underway, with an estimated opening at some point in 2023. 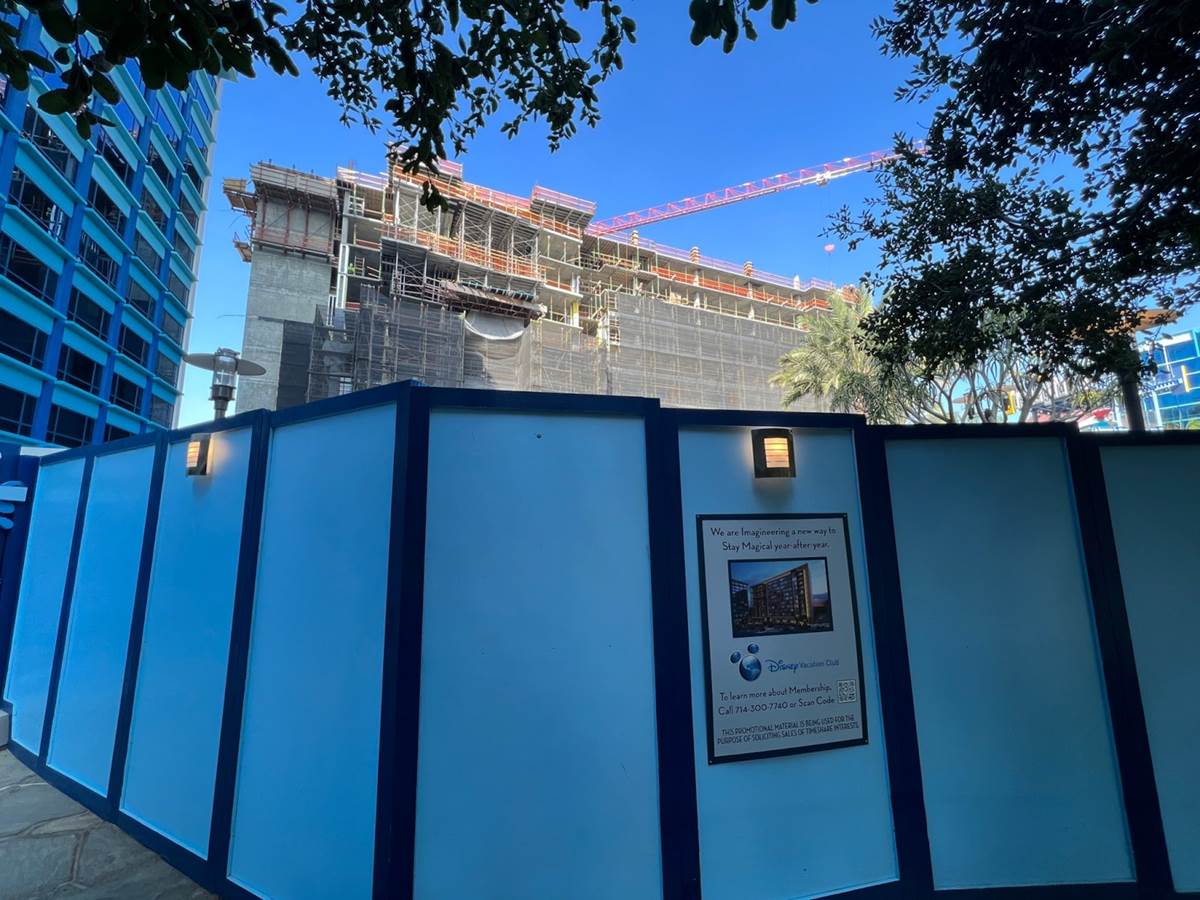 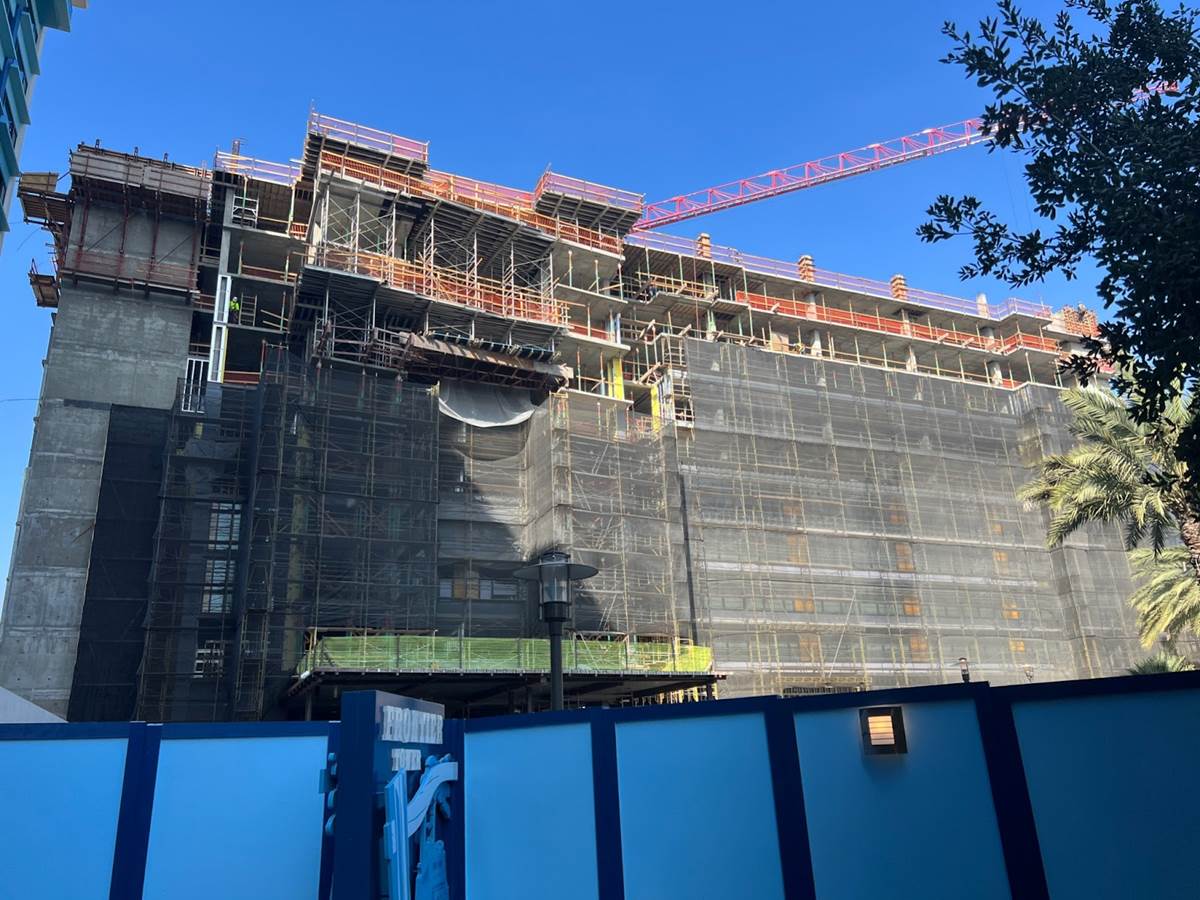 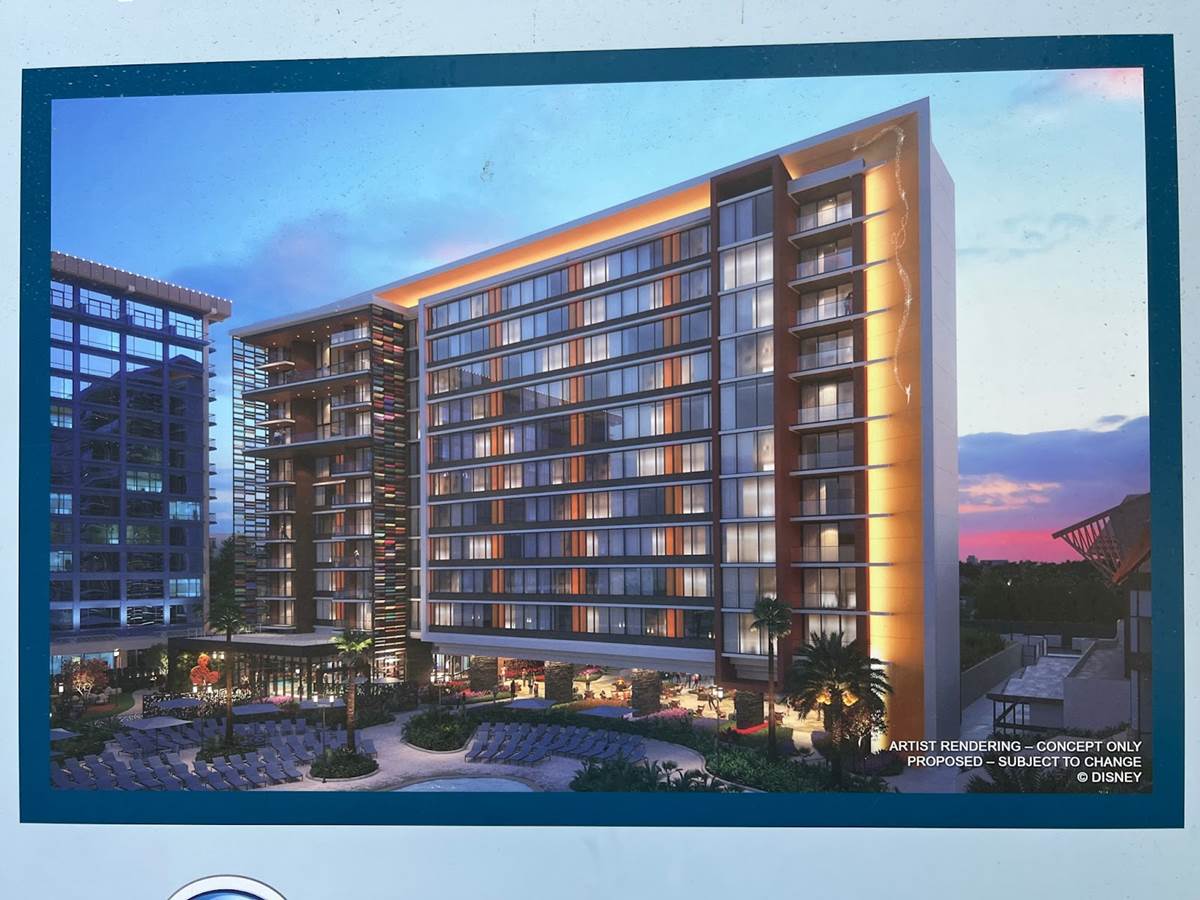 Here’s a look at what the tower will look like when it’s completed. 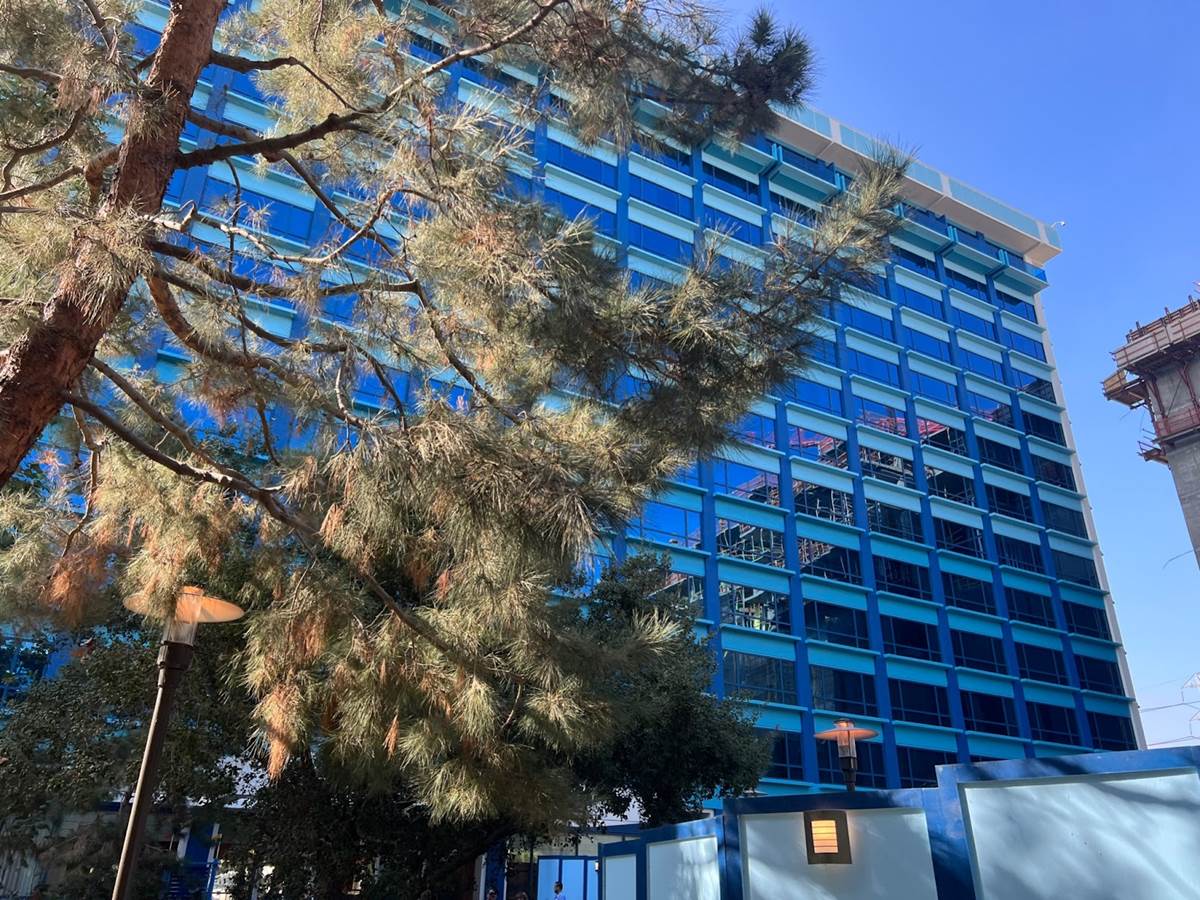 More blue accents added to the three existing towers of the Disneyland Hotel. 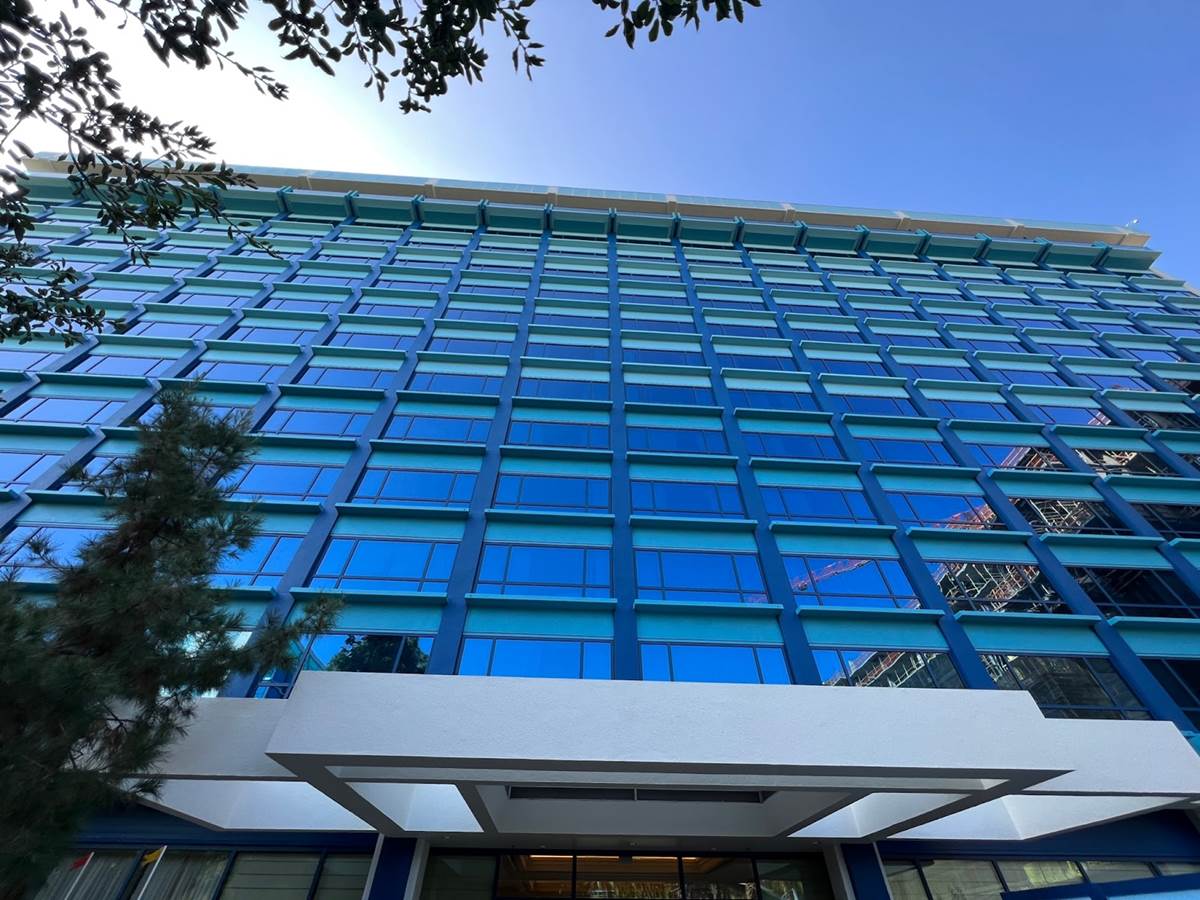 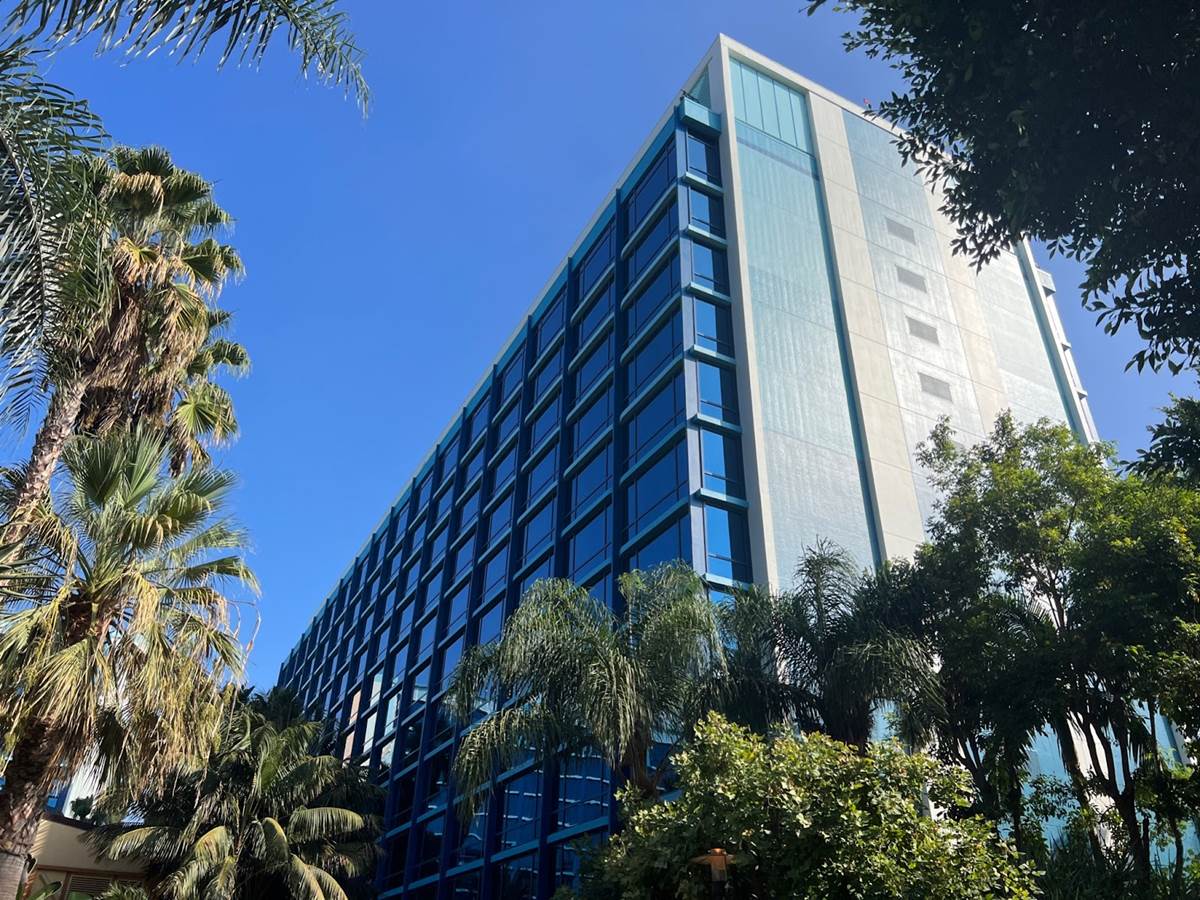 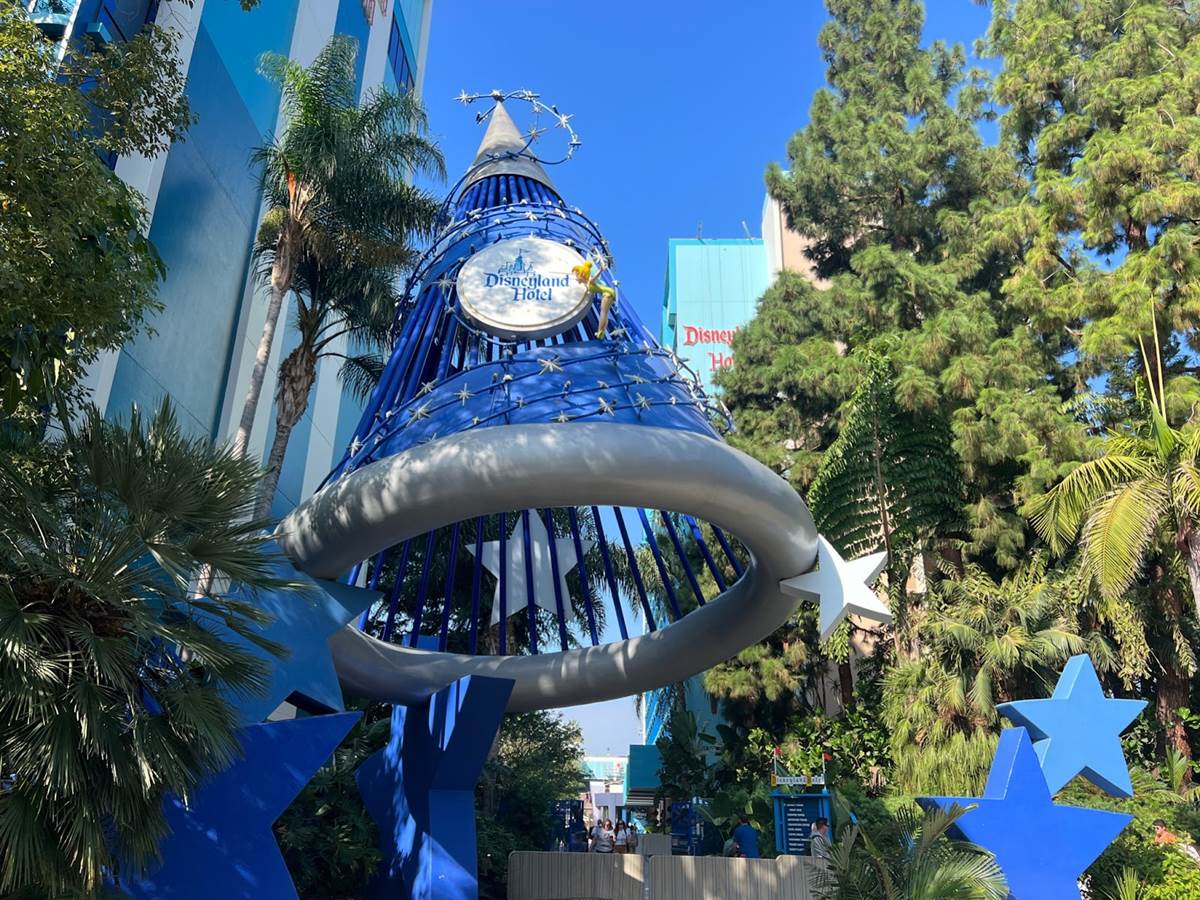 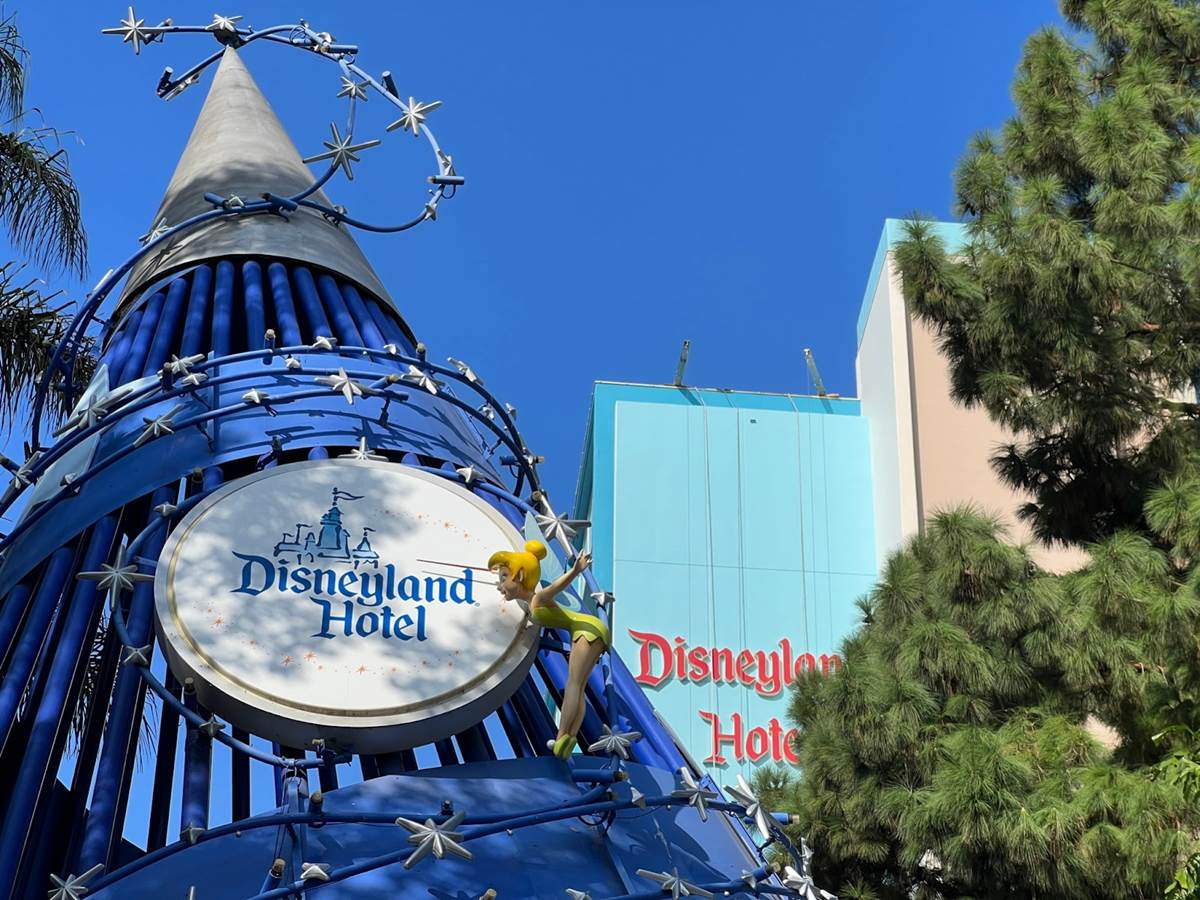 The blue behind the Disneyland Hotel gives off a great vintage vibe. 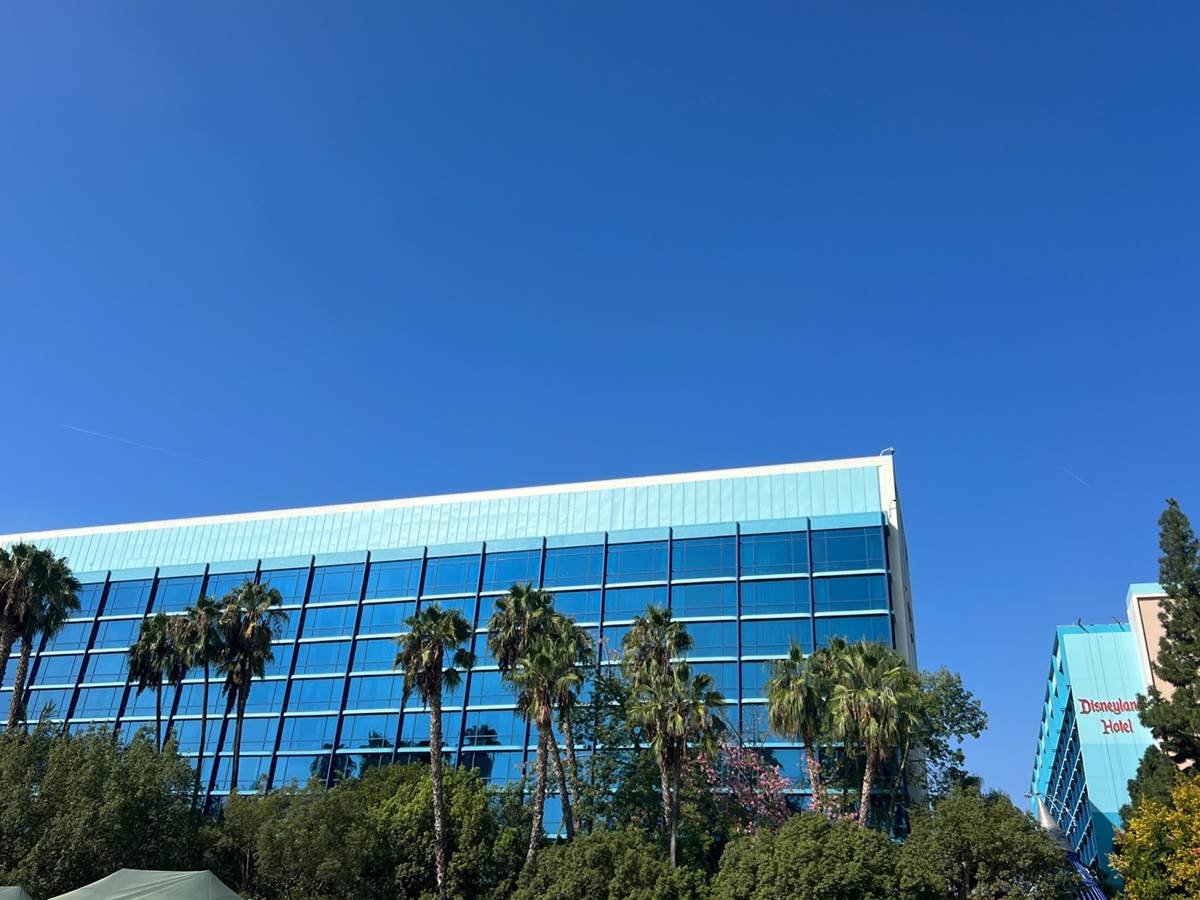