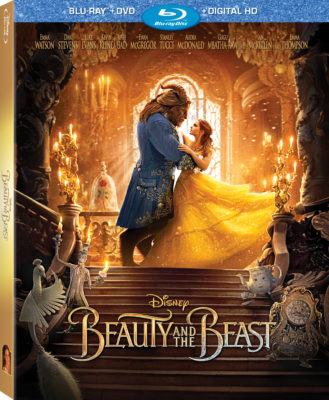 Following Disney’s latest trend of remaking some of their classic animated films in a live action format comes Beauty and the Beast. Unlike 2015’s Cinderella and 2016’s The Jungle Book, this film is less a retelling and more a remake. But with excellent performances and an expanded Alan Menken score, it’s easy to see why it was instantly beloved and still holds the number one spot at both the domestic and international box office for 2017.

While much of the film feels like a shot-for-shot remake of the animated classic, the production design chose a more ornate style for the castle, costumes, and characters. The film also expands the 84-minute film into a 2-hour spectacle with added music and expanded character backstories that enrich the film and reduce the plot holes. And while there are some strong opinions out there, the general consensus is that if you loved the animated film, there’s no reason you won’t love this version as well.

As a result of these changes, the connection that forms between Belle and Beast feels deeper. They become kindred spirits rather than a romantic case of Stockholm syndrome and the ending feels all the more joyous as a result. Emma Watson and Dan Stevens both provide winning performances that are unforgettable as Belle and Beast.

All of the classic Alan Menken and Howard Ashman songs return, with some never-before-heard alternate Ashman lyrics that didn’t make it into the animated film. Three new songs were added, all with lyrics by Tim Rice, and if “Evermore” isn’t nominated for an Academy Award, then a great injustice has been done. Menken also returned to provide the full score, which includes the melody of “Home,” a nod to the Broadway production.

Beauty and the Beast can now be yours to cherish forever with a Blu-Ray/DVD/Digital HD Combo Pack. The film is sadly unavailable on home video in 3D, but Disney might be saving that for inclusion in a later re-release like they did last year with The Jungle Book. With more bonus features than Disney typically affords even their biggest blockbusters, there’s a lot to love about this release.

The only bonus feature on the DVD is the music video.

The film looks breathtaking on Blu-Ray with lots of details in this opulent picture. The color spectrum is wide ranging, with black levels handled extremely well and the bright colors of “Be Our Guest” dazzling in this HD presentation.

The primary audio track is a 7.1 DTS-HD Master Audio mix that puts you in the center of the action. The beautiful Menken score fills every speaker and the action moments are made all the more suspenseful when the sound effects fill the room. Other audio options include a 2.0 Descriptive Service track, plus French and Spanish 5.1 mixes. All of these options are also available on DVD, except the 7.1 English mix has been modified to a 5.1 soundtrack.

Beauty and the Beast is housed in a standard Blu-Ray case with the two discs on either side of the case. Inserts include a sealed card that reveals your digital copy/Disney Movie Rewards code and a flier for Disney Movie Club. The case is housed inside a foil embossed slipcover.

The menu features score set to clips from the film. Both discs open with ads for Cars 3 and Descendants 2. Selecting “Sneak Peeks” from the menu simply repeats these same ads.

You can relive this grand live action musical adaptation of one of Disney’s finest animated films anytime with this home video release of Beauty and the Beast. With enlightening bonus features and spectacular video and audio presentations, you can enjoy this wonderful film again and again. And if the mood strikes you, sing-along!