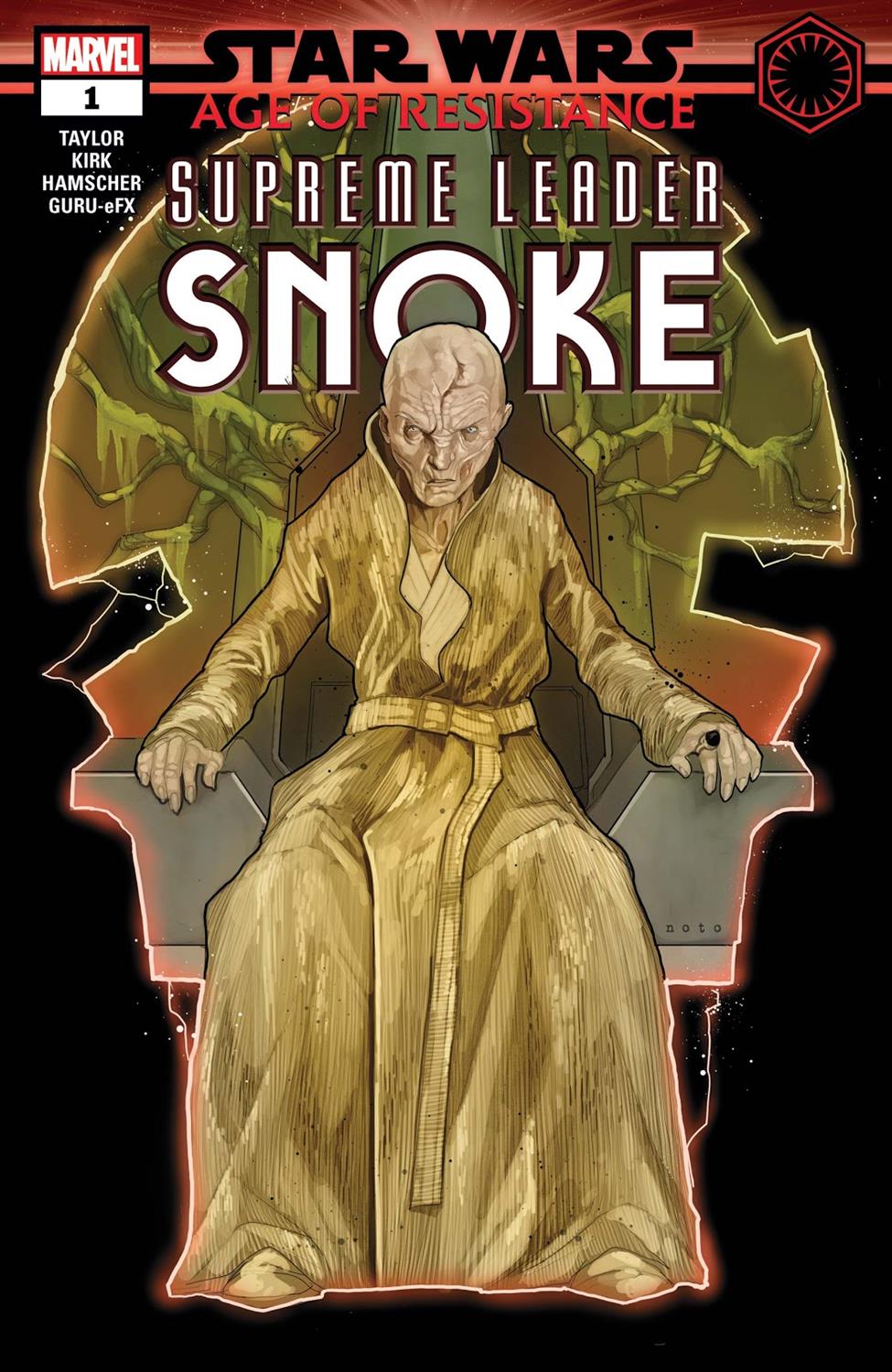 Since the 2015 release of J.J. Abrams’ Star Wars: The Force Awakens, fans have been intensely curious about the backstory behind Supreme Leader Snoke, the imposing leader of the First Order played so menacingly by Andy Serkis. So much so that the lack of much new background information about the character became one of the key sticking points cited by those unhappy with Rian Johnson’s 2017 follow-up Star Wars: The Last Jedi.

Thankfully, with the December arrival of Abrams’ trilogy-closing Star Wars: The Rise of Skywalker imminent, the gaps in Snoke’s history are starting to be filled in by some of Lucasfilm’s ancillary published materials– and may even be addressed in the movie, as the reappearance of Snoke’s predecessor Emperor Palpatine indicates we could learn what the Supreme Leader’s true role was in the grand scheme of things. This winter, we’ll get Marvel Comics’ Star Wars: The Rise of Kylo Ren miniseries and today the company released its one-shot Star Wars: Age of Resistance – Supreme Leader Snoke. 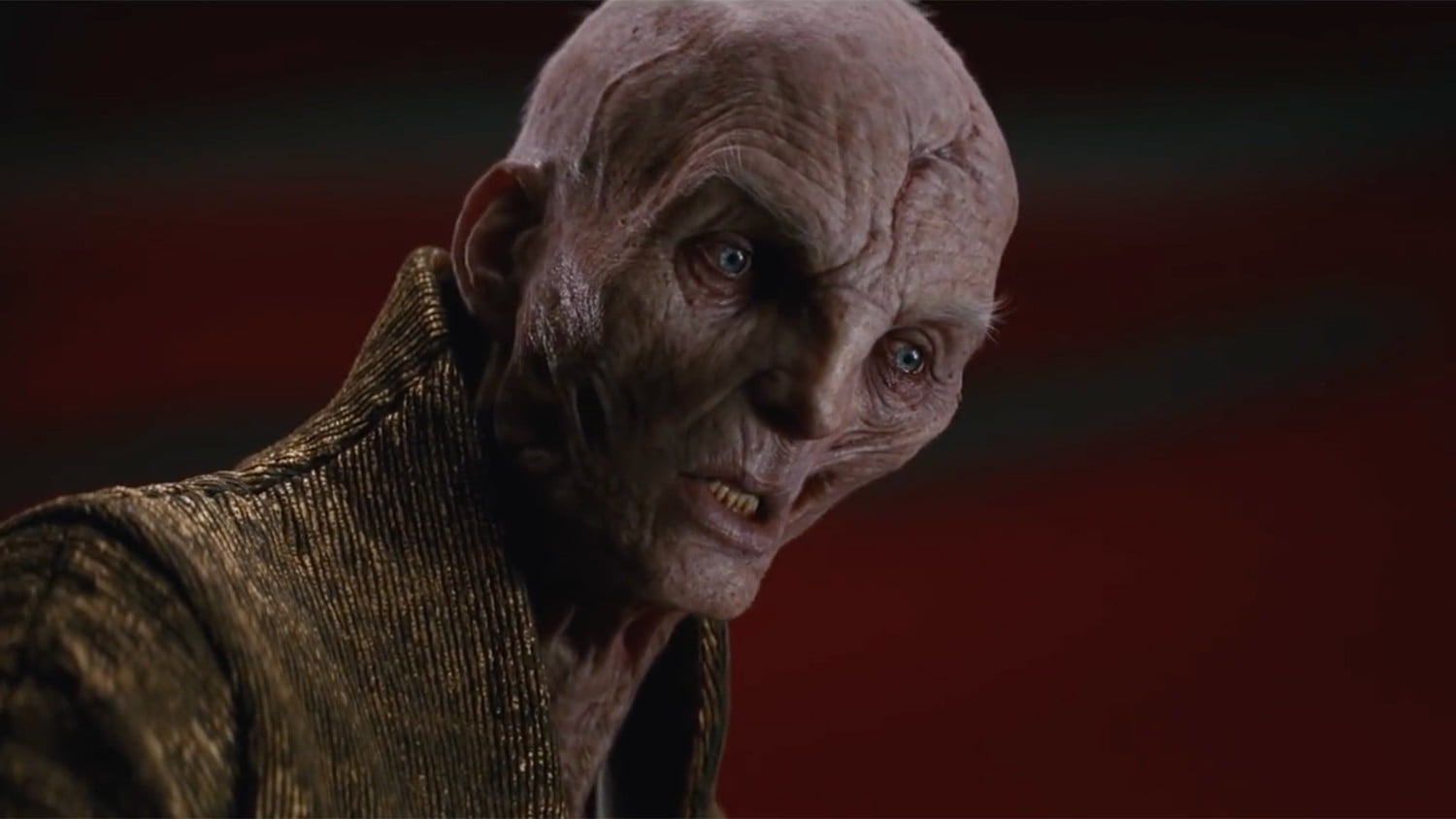 Part of the larger Age of Resistance anthology series (which itself is a subcategory of the year-long Age of Star Wars maxi-series), Marvel’s Star Wars: Age of Resistance – Supreme Leader Snoke takes place prior to the events of The Force Awakens, but after Kylo Ren AKA Ben Solo had turned to the Dark Side of the Force, abandoned his former Jedi Master Luke Skywalker, and fell under the tutelage of Snoke himself. The comic details two trials from Ren’s training at Snoke’s hands, including being Force-dangled over a pit of spiky rocks in the Rarlech System and– SPOILER ALERT— a visit to Yoda’s exile home on the planet Dagobah.

As readers, we come to understand how Snoke took advantage of Kylo’s powers and his perceived lack of control, not to mention his pent-up anger at Luke and his parents Leia Organa and Han Solo. It’s very interesting how much respect Snoke has for Skywalker, going so far as to say, “If I had your uncle by my side instead of you, the galaxy would have been mine a long time ago.” Does this line indicate that Snoke had tried to turn Luke prior to taking Ben under his wing, or perhaps an even more intriguing tie to Palpatine? We’ll have to wait a little longer to find out. 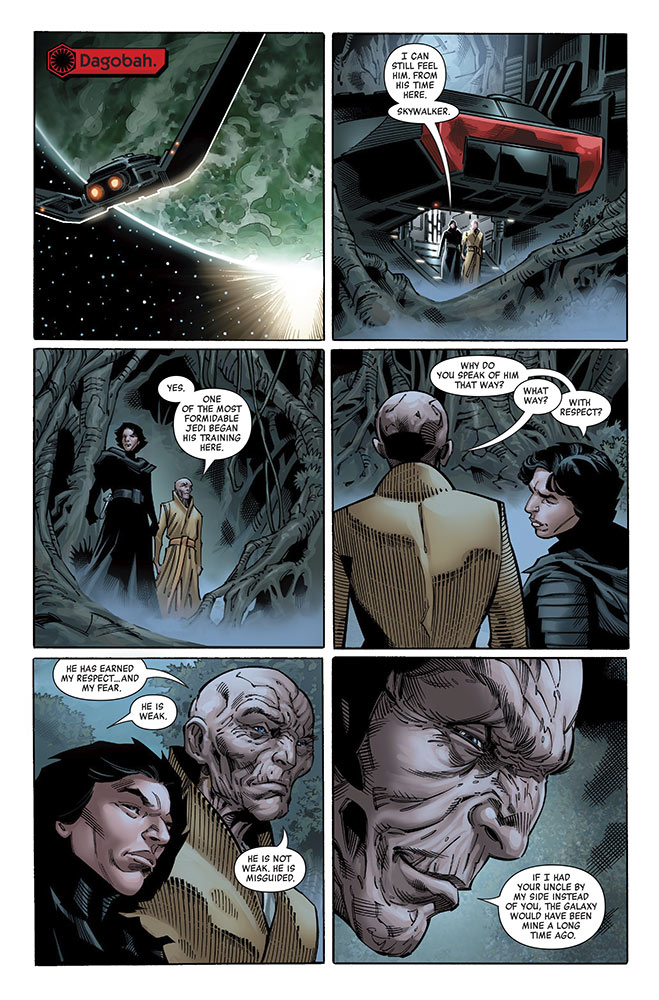 Other recurring themes revisited in Star Wars: Age of Resistance – Supreme Leader Snoke— subtitled “Fail. Or Kill It.”– include the title character’s distaste for Kylo Ren’s helmet (“You cannot hide behind a mask here. You cannot pretend to be Vader in this place,” he says upon the pair’s arrival on Dagobah) and a test at the Dark-Side cave where Luke once confronted a vision of his own father. I won’t spoil what Kylo must face inside, but considering his familial connections, you can probably take a decent guess.

Overall, I feel that Star Wars: Age of Resistance – Supreme Leader Snoke is an intriguing, long-sought-after peek at the relationship between Snoke and Kylo Ren prior to the beginning of the sequel trilogy, though its talented writer Tom Taylor (Spider-Gwen) and proficient illustrator Leonard Kirk (The Incredible Hercules) have really just given us a brief, tantalizing taste. I suspect avid Star Wars fans such as myself will be discovering more about this heretofore unexplored period very soon.