After more than four decades the saga has come to an end… but not really. Last month’s Star Wars: The Rise of Skywalker may represent the conclusion of the “Skywalker Saga,” but anyone who has experience with long-running mass-culture franchises knows Star Wars will likely never actually end– not in our lifetimes, anyway.

Heck, even since the release of Episode IX, Lucasfilm has put out several episodes of its animated series Star Wars Resistance, relaunched its flagship Marvel Star Wars comic book title, and announced the return of the live-action Disney+ Star Wars series The Mandalorian for its second season this coming fall. Star Wars is an ever-expanding tapestry of stories, characters, and lore, and despite there being no feature films hitting theaters in the immediate future, the larger saga isn’t likely to slow down anytime soon. But where does A Galaxy Far, Far Away go from here? 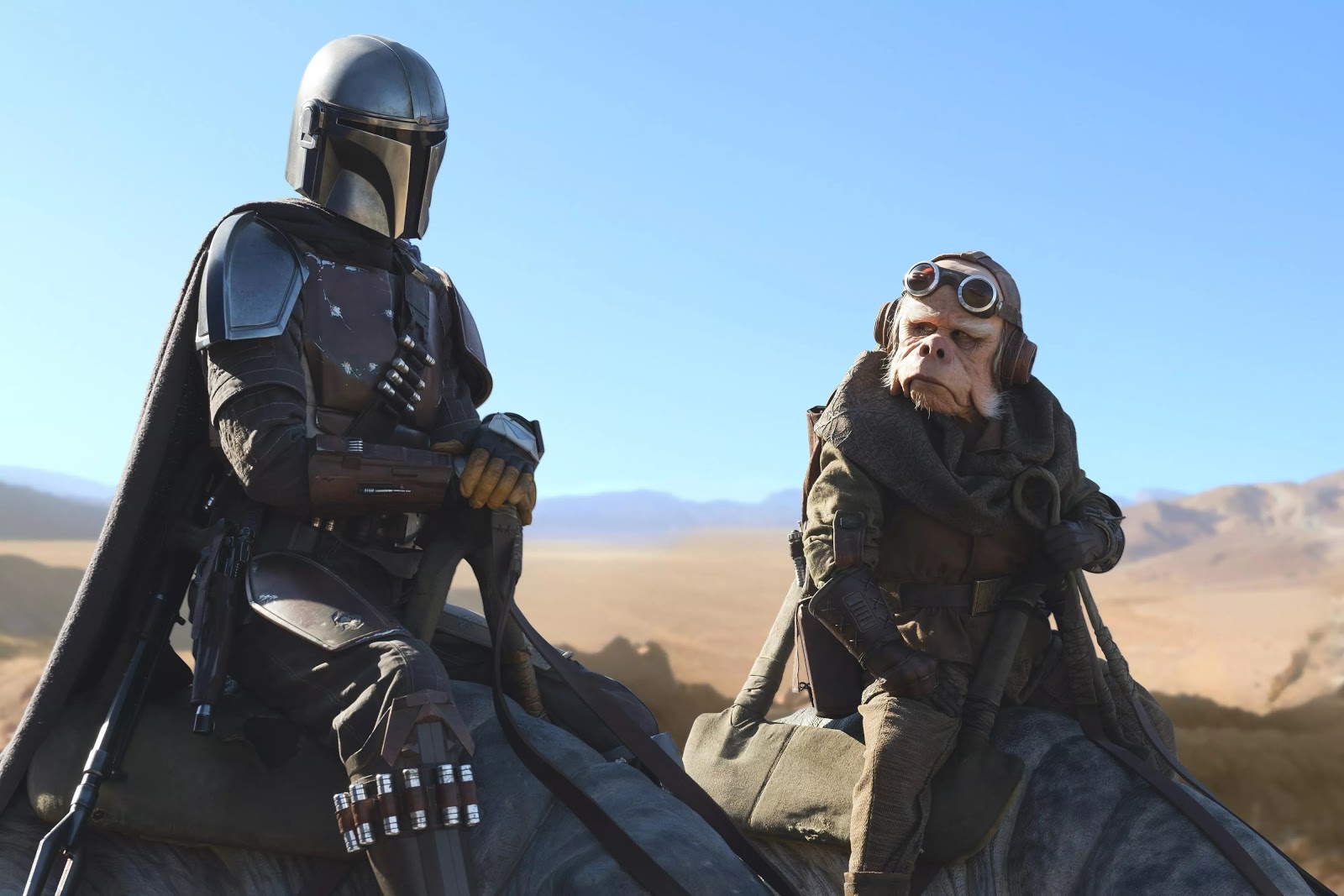 What does the future hold for Star Wars? And what should it hold? First let’s take a look at some of the already-announced Lucasfilm projects in the realms of movies, television, publishing, and theme parks. Then I’ll give you my personal opinion on the strategy I believe the company should take from this point forward, based on its recent successes and struggles under its new Disney ownership.

This moment– the beginning of the calendar year 2020– marks the first time in many moons the future of Star Wars storytelling on the big screen has been completely up in the air. In conjunction with high-profile announcements of new Star Wars films or film series from creators like Rian Johnson (Star Wars: The Last Jedi), David Benioff & D.B. Weiss (Game of Thrones), and Kevin Feige (the Marvel Cinematic Universe), Disney staked out three upcoming December dates for Star Wars releases: 12/16/2022, 12/20/2024, and 12/18/2026. Now, with Benioff & Weiss having departed their Star Wars project for other pursuits, Johnson’s trilogy still kind of a big question mark, and Feige usually occupied by plenty of other responsibilities at Marvel Studios, we outside observers have no idea what Disney and Lucasfilm are currently cooking up to fill those theatrical slots, if anything. Hopefully an announcement will be made soon.

With The Mandalorian being something of an unqualified triumph right off the bat, a second season was a no-brainer, and the return of the show was underway before the first episode even premiered on Disney+. But how long can that particular story play out? Fortunately there’s the additional as-yet-untitled live-action series reuniting Rogue One: A Star Wars Story stars Diego Luna and Alan Tudyk as their characters Cassian Andor and K-2SO coming down the pike– not to mention a show featuring the return of Ewan McGregor as a young (now middle-aged?) Obi-Wan Kenobi during his exile on Tatooine between Episodes III and IV. With the conclusion of Star Wars Resistance also coming up in just a few weeks on Disney XD and completely unverified rumors percolating of a possible follow-up series to the popular Star Wars Rebels cartoon from creator Dave Filoni, TV may be where Star Wars is most visible for the next few years. 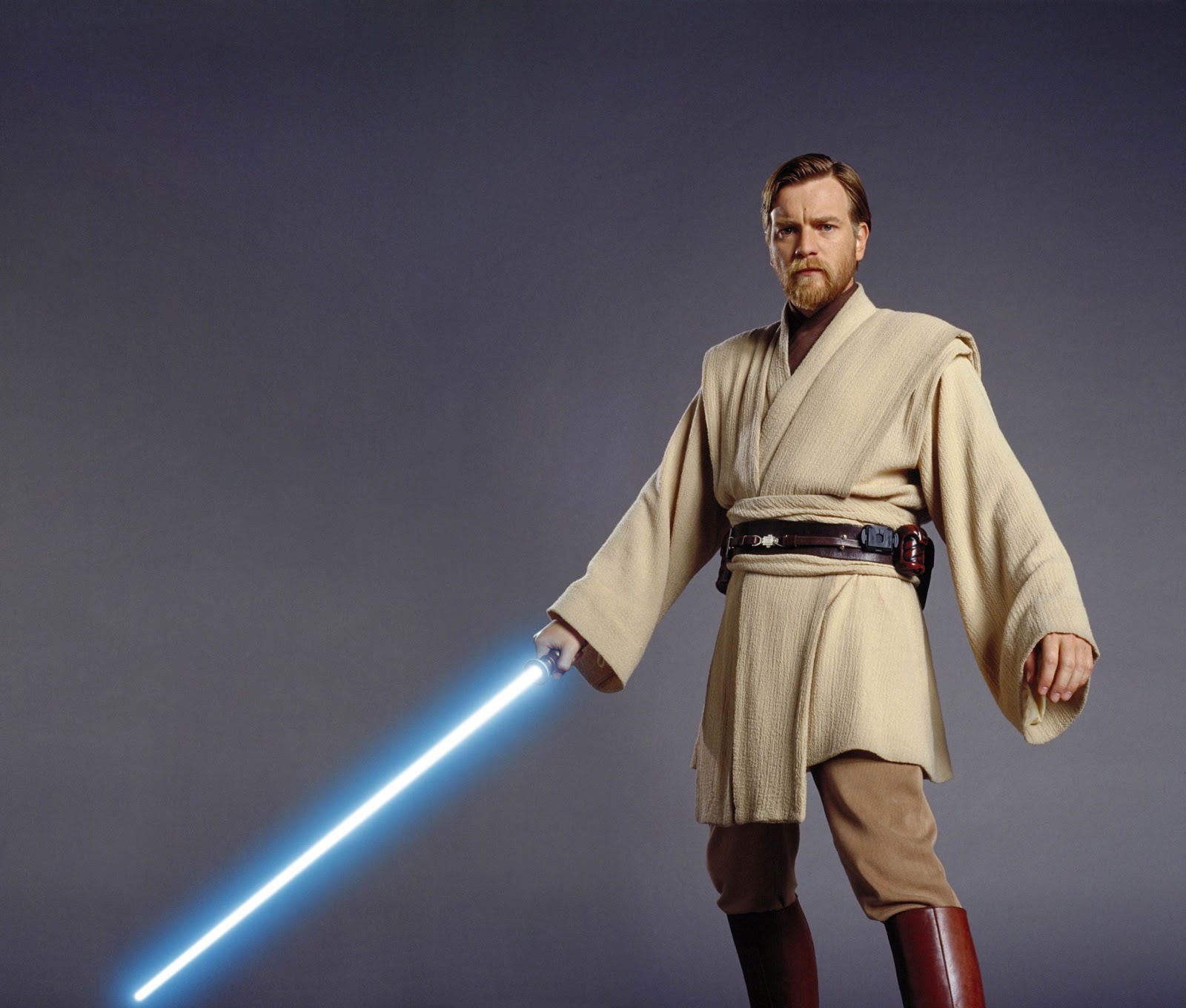 Obviously Marvel’s Star Wars comic books are still going strong after a successful early-2015 reboot and a number of well-received ongoing and miniseries titles. This month’s relaunch and renumbering initiative brings the sequential stories into the exciting post-The Empire Strikes Back era, so we’ll finally get to see what Luke and the gang, Darth Vader, and Doctor Aphra were up to between the events of Cloud City and Jabba’s Palace in the current canon. And in the world of novels, we’ll be getting another Star Wars: Thrawn trilogy from acclaimed author Timothy Zahn and at least two more books in the Star Wars: Alphabet Squadron series from former Bioware video game scribe Alexander Freed. Then there’s that particularly mysterious and enticing endeavor called “Project Luminous” that we should be hearing more about very soon.

The west coast version of Star Wars: Rise of the Resistance is just two weeks away at Disneyland’s Star Wars: Galaxy’s Edge, and I personally couldn’t be more excited. Beyond that, there’s a Star Wars-themed area currently under construction at Disneyland Paris’s Walt Disney Studios Park and we just got a Star Wars: The Rise of Skywalker update to the Star Tours – The Adventures Continue flight simulator attraction across multiple parks. Plus in 2021 we’ll have the opportunity to experience Star Wars: Galactic Starcruiser, the one-of-a-kind immersive luxury hotel being built outside Galaxy’s Edge at Disney’s Hollywood Studios in Walt Disney World. 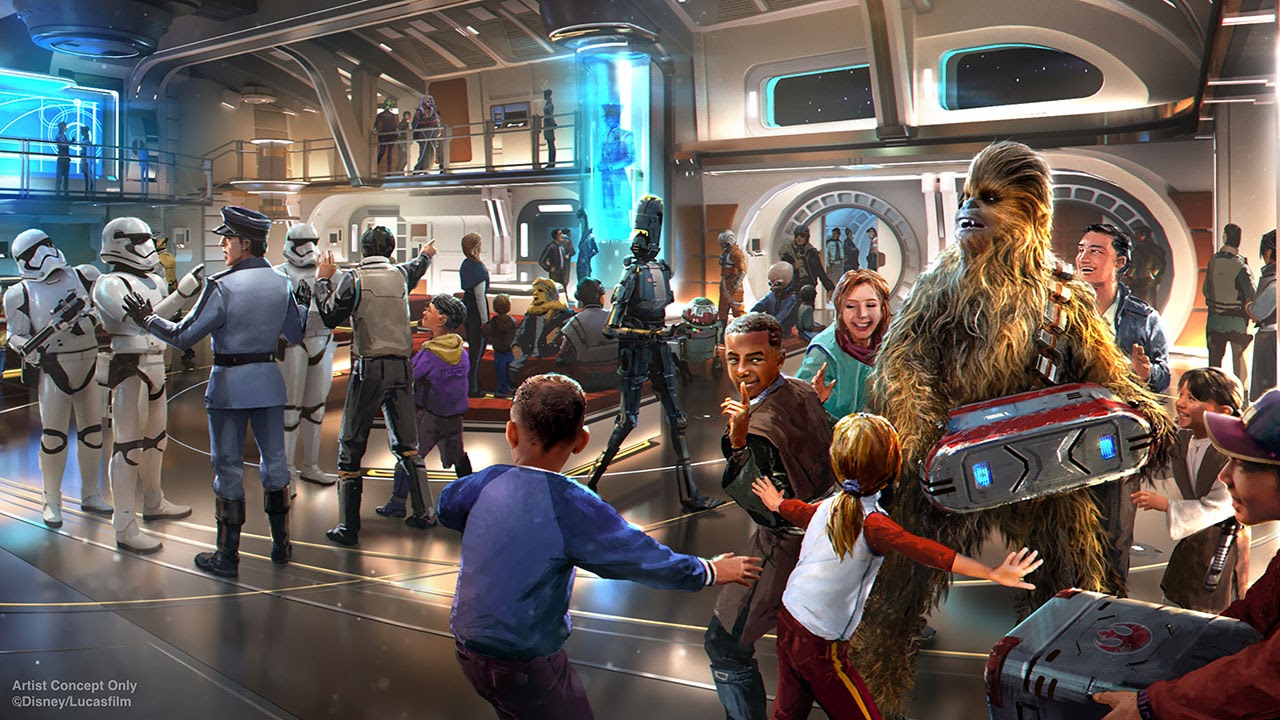 And now that we’ve established what’s already announced as coming from Lucasfilm in the near future, I’d like to take a few moments to discuss my own personal wishes for how I’d like to see the Star Wars franchise evolve from this point. As much as I liked big parts of the sequel trilogy created under Disney (mostly the characters and conflicts set up in Star Wars: The Force Awakens and upended in Star Wars: The Last Jedi), I don’t think I’m in the minority when I say I’d have much prefered to see a trilogy that had been crafted under a singular creative vision.

I frequently see people complaining that the sequels were made up as they went along, but I don’t really think that was the problem. I mean, George Lucas famously made up the original trilogy as it progressed (read J.W. Rinzler’s endlessly fascinating The Making of Star Wars coffee table books for undeniable proof of this fact) and those movies turned out pretty well. The problem– from my perspective– with Episodes VII through IX, is that they were apparently created via a game of telephone, with J.J. Abrams / Lawrence Kasdan handing off their story to Rian Johnson, and then Johnson handing it to Colin Trevorrow, who got replaced by Abrams and Chris Terrio. As much as I hate to admit it, it’s evident to me that Star Wars does in fact need a Kevin Feige– and by that I don’t mean Kevin Feige specifically, but someone who serves his particular MCU-style role as the property’s creative overseer. Don’t get me wrong; Lucasfilm president Kathleen Kennedy is a great producer. I would never say otherwise. She’s been partially responsible for a long list of my favorite movies ever made. But I do believe she made a mistake in hiring different filmmakers to tackle each chapter in the Star Wars sequel trilogy without putting someone from the more creative end of the Hollywood spectrum in charge of the series as a whole. George Lucas was a producer and an idea man and a writer and (occasionally) a director. Lucasfilm needs someone like him to work under Kennedy and help push Star Wars in a more consistent artistic direction. Who would that person be? I wouldn’t pretend to know for sure, but I think Dave Filoni has proven himself at least moderately capable, especially when partnered with talented minds like The Mandalorian creator Jon Favreau and directors Rick Famuyiwa, Deborah Chow, and Taika Waititi.

Filoni knows the mythology inside and out, he’s got the experience from working directly under Lucas on Star Wars: The Clone Wars, the fans– by and large– love him, and he’s probably due for a promotion. So in my mind, naming him Chief Creative Officer of Lucasfilm (while keeping Kennedy as president) would make perfect sense. As for upcoming feature film projects, I like the idea of staying away from trilogies for the time being and focusing more on the one-off “Star Wars Story” anthology-type efforts. Rogue One was a big hit and while Solo floundered at the box office it certainly has its defenders, myself among them. Explore other characters, factions, and time period in the Star Wars galaxy. Steer away from the Empire vs. the Rebels or that conflict’s various facsimiles and zoom in on smaller, more intimate stories within the established universe. Make Star Wars feel a little bit more driven by emotion and a lot less by spectacle, in the way The Mandalorian does, and I think there could be a New Hope for the future of the franchise. 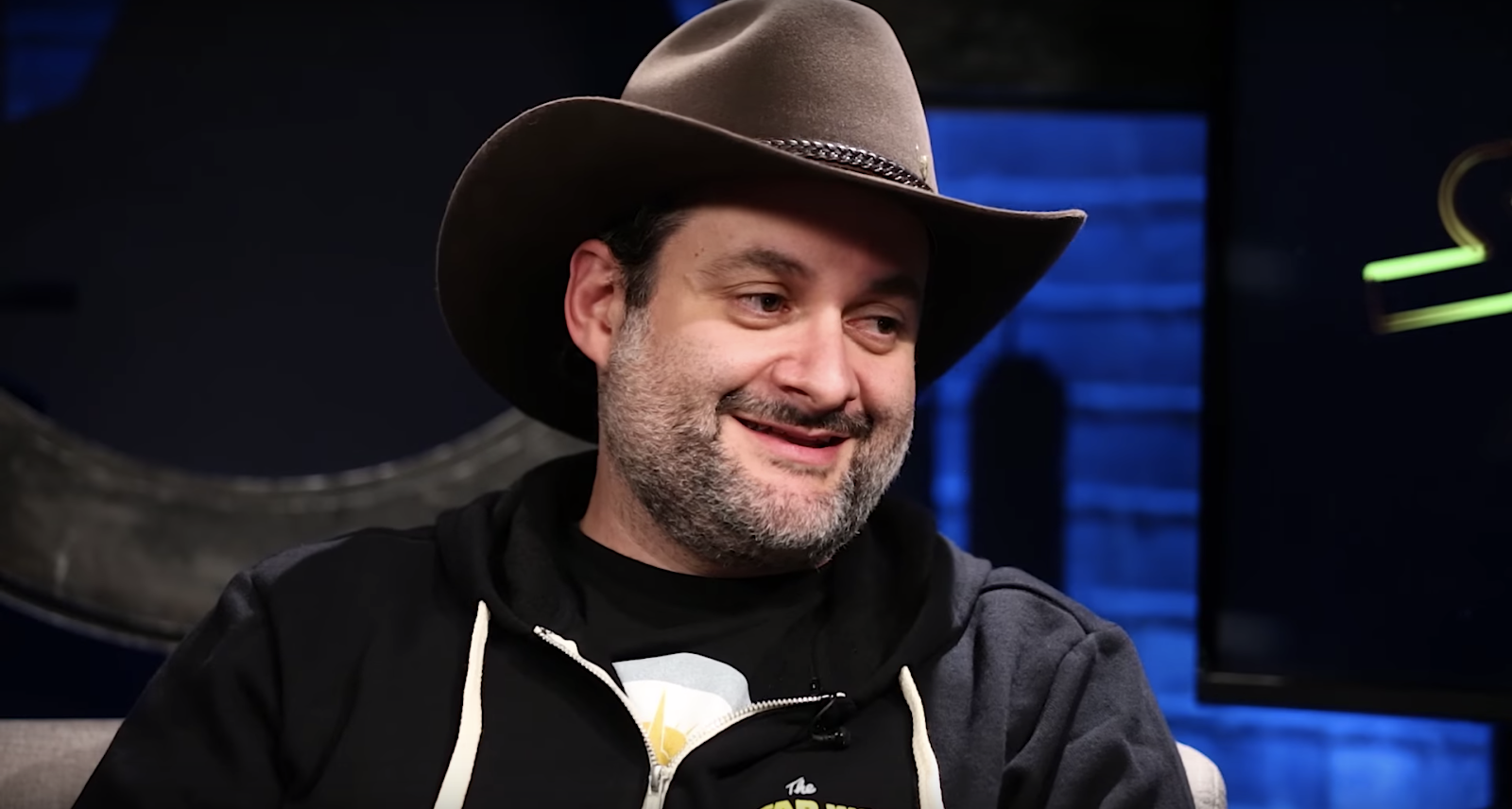 In the theme parks, like everyone else I’d love to see more characters, droids, and aliens wandering through Star Wars: Galaxy’s Edge, in addition to the daily implementation of those live stunt shows we’ve seen performed on the area’s numerous catwalks and elevated stages during special events. A third attraction in Orlando and Anaheim also wouldn’t hurt– why not move forward with the Bantha-like creature designed to take guests on a tour around Black Spire Outpost? Unless I’m mistaken, I believe the infrastructure for that previously planned ride is already in place. I’d also be thrilled to see the parks lean into the “immersive” nature of the land, introducing more interactions and quests available to visitors outside of the ho-hum Star Wars Datapad in-app function of Play Disney Parks. I’ve said it before, but I want to visit Galaxy’s Edge to experience real things in the space around me, not to look down at my phone.

Luckily for me and other Star Wars fans like myself, I think the areas where Lucasfilm has been most successful lately (as far as quality goes) have been in the fields of publishing and television. I’ve been very impressed with what the teams of writers and artists at Marvel Comics have been doing with the property, and I think the prose arm has found a terrific roster of authors supremely qualified to carry the ancillary materials into the next phase of Star Wars storytelling. On TV, I’d say the achievement of The Mandalorian should prove the franchise viable in live-action form on the small screen, so after the Cassian Andor and Obi-Wan Kenobi projects get into full swing I hope the powers that be continue to examine other possibilities along that avenue. Can we please get a resolution to the cliffhangers at the ends of Solo and Rebels somewhere… anywhere? 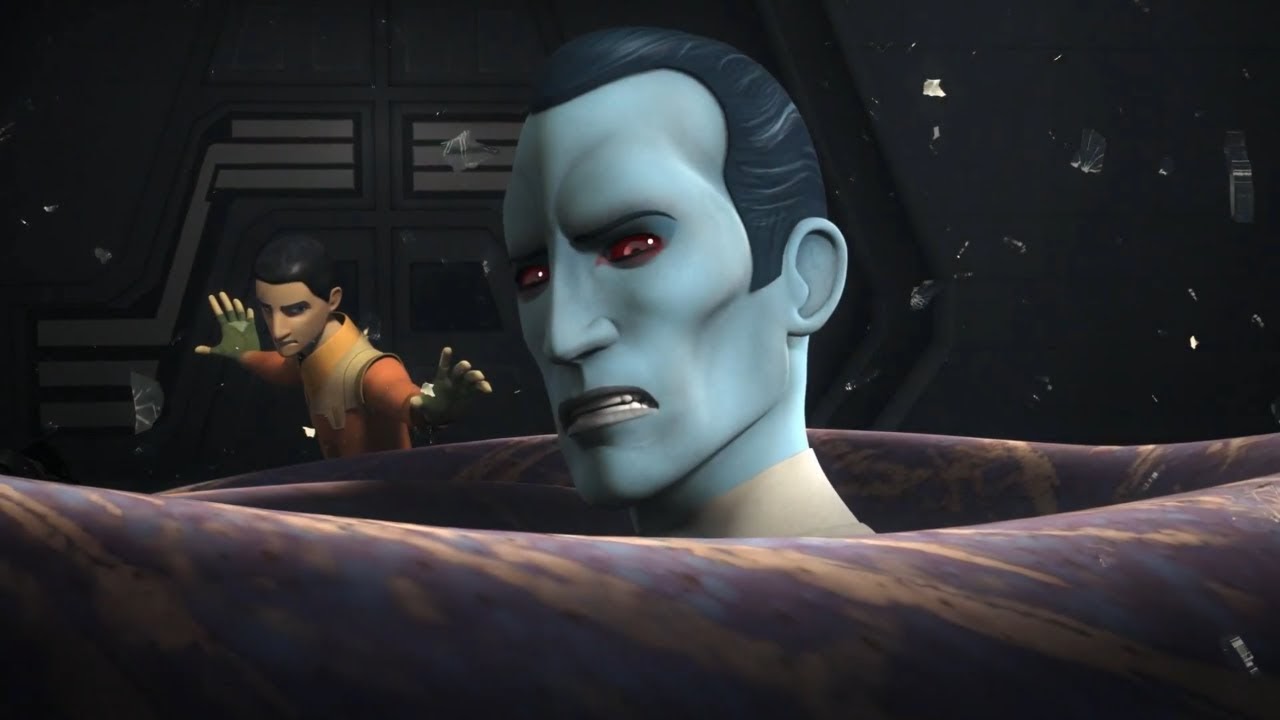 All that said, I have to say I’ve been mostly satisfied with the Star Wars content Lucasfilm has put out under Disney. It’s undoubtedly the most prolific the company has been in decades– perhaps ever, and though I wasn’t thrilled with The Rise of Skywalker, I also recognize that Star Wars has always kind of been a mixed bag. For every The Empire Strikes Back, there’s going to be an Attack of the Clones. To expect each and every entry in this series to be beloved by everyone across the board is beyond unreasonable, and as always I’m happy to take the good with the not-so-good. Like I’ve been repeating for years, “If you don’t like the latest Star Wars, just wait for the next one.” It’s what I do. And like Yoda says, “Always in motion is the future.” I’m genuinely looking forward to finding out what that future holds.