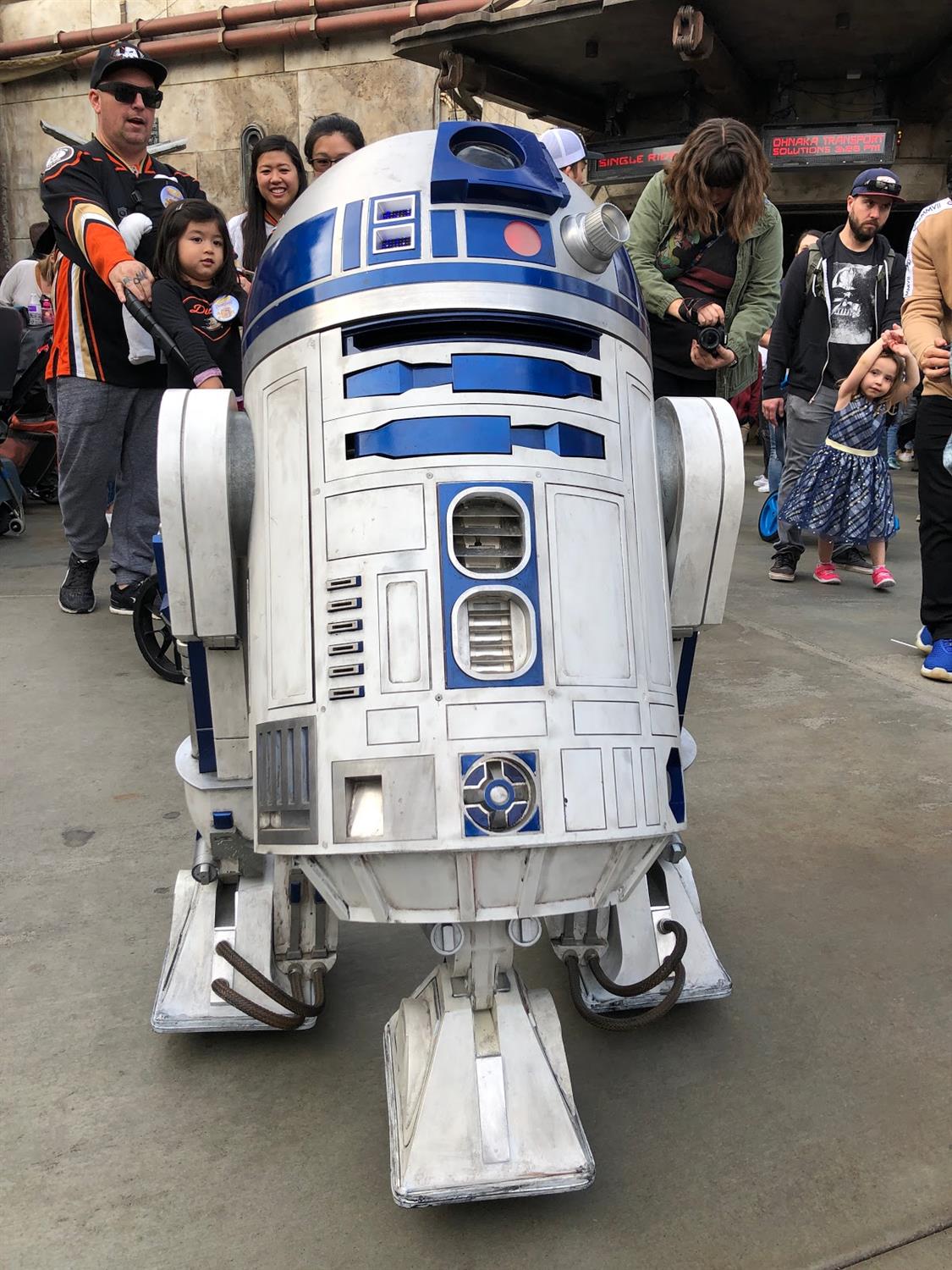 Since just around Christmas, guests at Disneyland’s Star Wars: Galaxy’s Edge have been spotting a somewhat famous droid known as R2-D2 (or Artoo to his friends) roaming around the planet Batuu. A couple days ago, Disneyland Resort confirmed that R2 would be joining the cast of characters available for off-worlder interactions in Black Spire Outpost, and this week we managed to see the funny little astromech for ourselves!

I paid a visit to Star Wars: Galaxy’s Edge yesterday afternoon at Disneyland, and after a brief hunt I found R2-D2 making his way around the Millennium Falcon in the spaceport area of Star Wars: Galaxy’s Edge. R2 is accompanied by a local Batuuan assistant (really a Disneyland Resort Cast Member) who helps guide the droid through the crowds and translates his familiar beeps and boops for us humans. 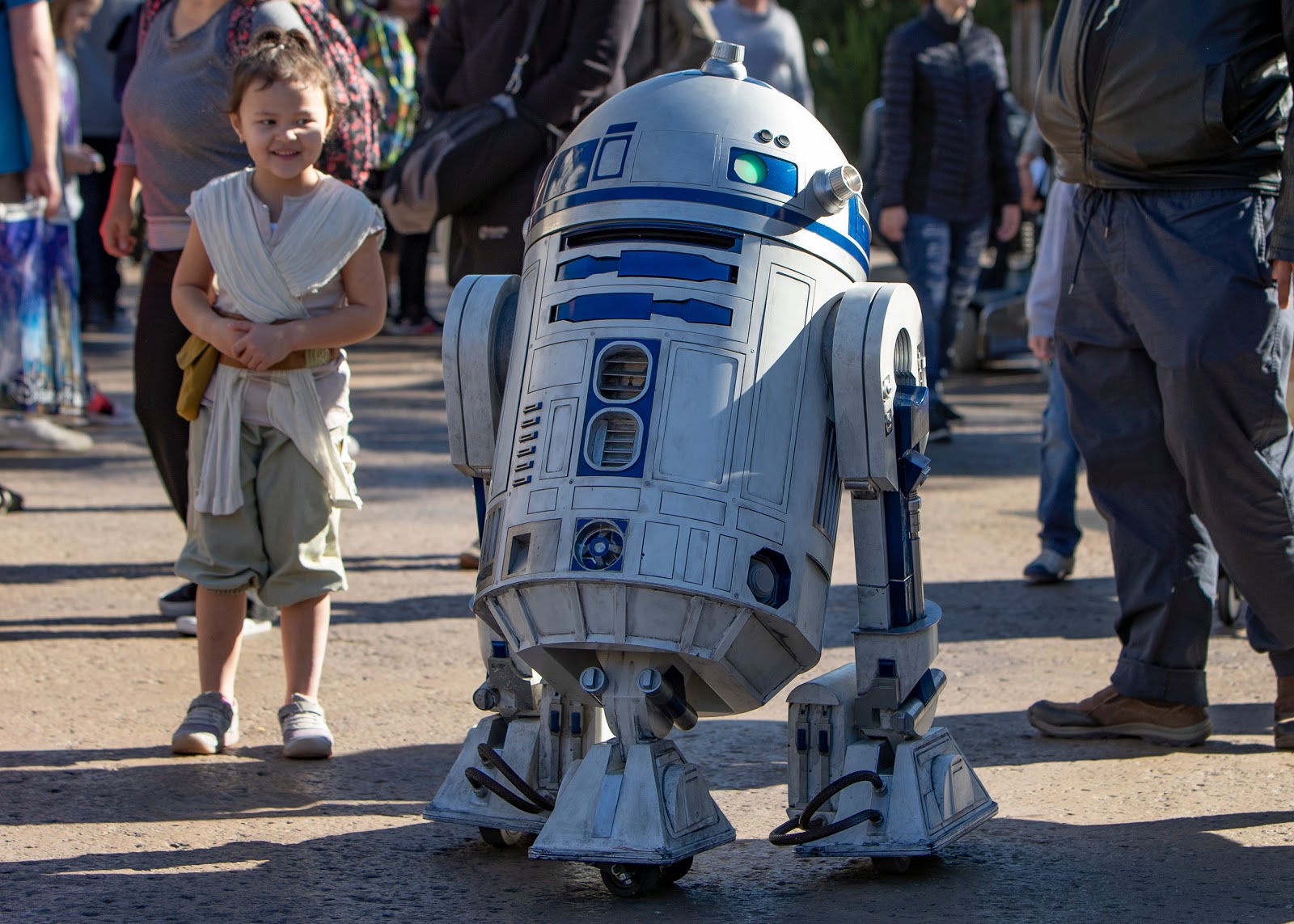 In their official announcement of the droid’s arrival at Disneyland, the Disney Parks Blog described R2-D2 as “A resourceful droid [who] has shown great bravery in rescuing his masters and their friends from many perils. A skilled starship mechanic and fighter pilot’s assistant, he formed an unlikely but enduring friendship with the fussy protocol droid C-3PO.” Could we eventually get Threepio as another meetable walkaround character in Star Wars: Galaxy’s Edge, accompanying his astromech friend? He’s been spotted in photo ops at movie premieres and junkets within the past few years, so it doesn’t seem entirely out of the question. We’ll certainly keep our fingers crossed!