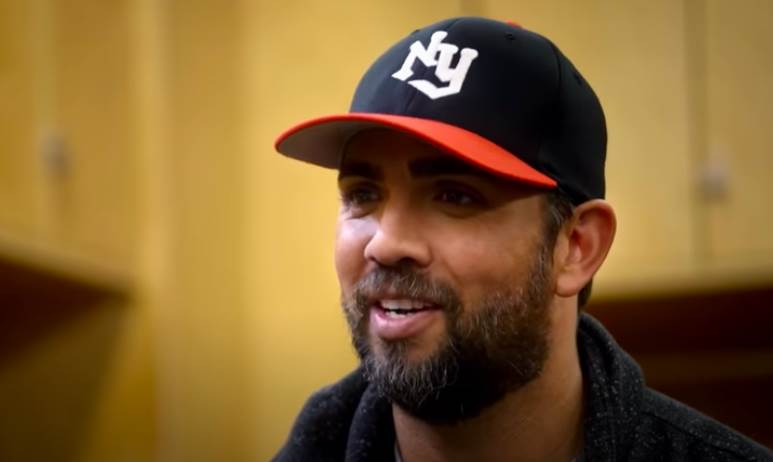 Marvel executive VP, creative director Joe Quesada introduces the episode by giving a brief rundown of Figueroa’s story, going from a kid growing up on Coney Island to a pitcher in the major leagues. Figueroa points out his childhood home and shows Quesada a field on which he and his friends would play their childhood stickball games.

They then get into Figueroa’s love of comics. He explains that the comic arc that stood out the most to him was “Secret Wars.” That starts up a conversation about Spider-Man, who Figueroa loves because he grew up rooting for the underdog. Figueroa also runs through a bit of his career history, explaining that he was drafted by the Mets in 1995 but didn’t actually step onto a big league field for the Mets until 2008.

Figueroa and Quesada then head to a baseball stadium, where they play a little while they continue their conversation about Figueroa’s career. The former pitcher explains that he played for a number of teams. Both in the MLB and internationally. Eventually, he got called back to the Mets and he finally got the opportunity to step onto the mound for his favorite team. After a quick warmup, Quesada picks up a bat and steps into the box against his guest. After some early struggles, Quesada actually makes some good contact a few times and eventually breaks his bat.

The two continue their conversation in the lockerroom, where they talk a bit about Figueroa’s Mets debut. Figueroa points out how much it meant to him because of all the people in his life who wanted to take part in it. He also explains that he wouldn’t trade his experience, playing for so many different teams, for anything because that made him who he is.

They then get into a quick chat about Figueroa’s artistic abilities. He explained that it started out with him tracing some of Quesada’s work and showing it off to his parents. Figueroa calls drawing a way for him to escape, much like baseball. Quesada asks Figueroa about his favorite character and he explains that once he saw Spider-Man put on a Mets hat, that locked him in as his favorite.

The remaining lineup of guests who will be featured on season two of Marvel’s Storyboards, includes: