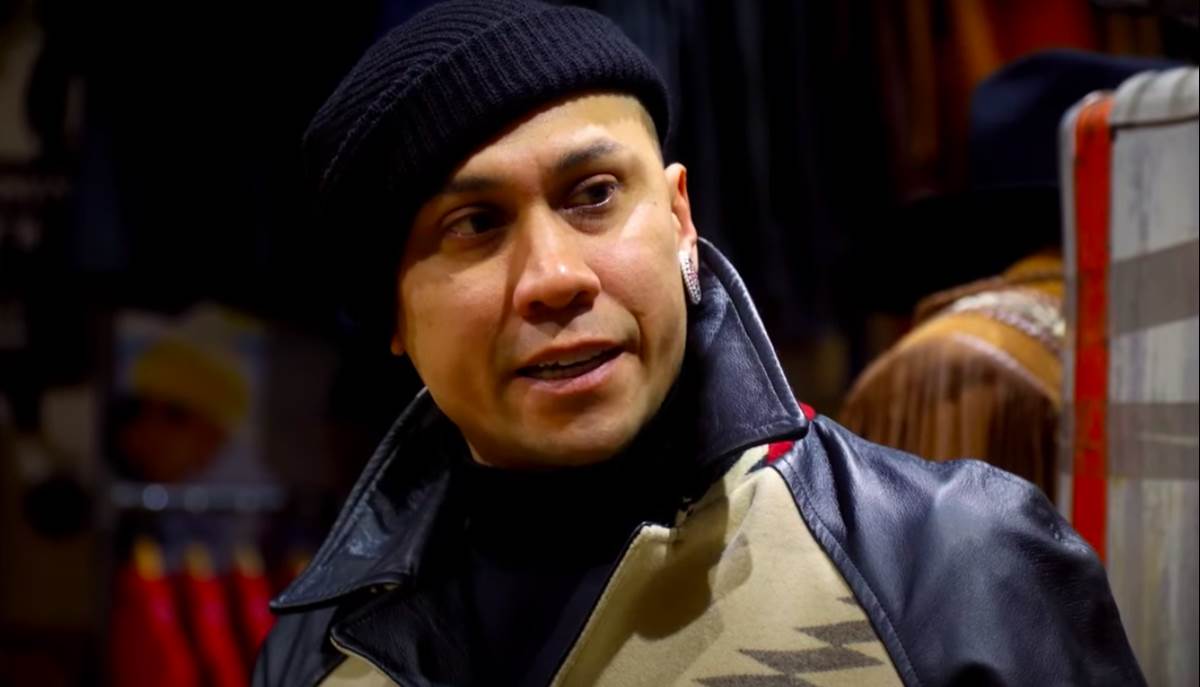 Marvel executive VP, creative director Joe Quesada introduces the episode by talking about Marvel’s character who represent their communities. That leads him to Taboo, who uses his talents to represent his community and his culture.

Quesada meets Taboo in New York and they head to an antique shop where Taboo shows off some of the Native American culture on display. They talk about the idea of celebrating various cultures and using it to educate each other with the idea of spreading love and understanding.

Quesada asks Taboo if he read comics as a kid. Taboo explains that he actually collected toys, which led him to Comic Con and in turn eventually got him into comics as he was older. Taboo talks about Red Wolf being his favorite character because he spoke to him on a personal level.

Taboo explains his “superhero origin story,” crediting his grandmother as his inspiration to become what he is today. He also explains the name “Taboo.” When he was growing up, it was taboo to be into hip-hop, so he decided to name himself after his lifestyle.

Taboo talks briefly about meeting the other members of Black Eyed Peas when he was 16. The band formed and began going by the name in 1995 and Taboo was pursuing his career while also working at Disneyland. He explains that he was scooping horse manure during the Main Street Electrical Parade while also working on his music career.

Quesada and Taboo discuss collaboration and how it impacts both of their jobs. Taboo explains the music-making process of the Black Eyed Peas, with will.i.am working in a “Willy Wonka room” to produce and he an apl.de.ap working in a “Star Wars room” to write music. Quesada explains that creating comics is also a very collaborative process, with a large team all working individually but with one goal in mind.

Taboo then talks about his fight against cancer at the age of 38. He explains the process as “torture, war and a nightmare all in one.” He also credits his wife with inspiring him to access his warrior spirit and survive that fight. He explains that this fight led him to becoming an advocate for indigenous people. He says the experience taught him a lot about standing with people for a cause.

They then discuss Red Wolf a bit more and Taboo explains that stories about diversity are a win-win. He admits that people need that character in whom they can see themself and Red Wolf is that for him.

Finally, Taboo talks about his family keeping him grounded despite his fame. He mentions wanting to leave a legacy, rather than just a catalog of music. He wants his family to look back on his accomplishments as a humanitarian and not just a musician.

The only remaining guest who will be featured on season two of Marvel’s Storyboards will be high-altitude mountaineer Ed Viesturs.