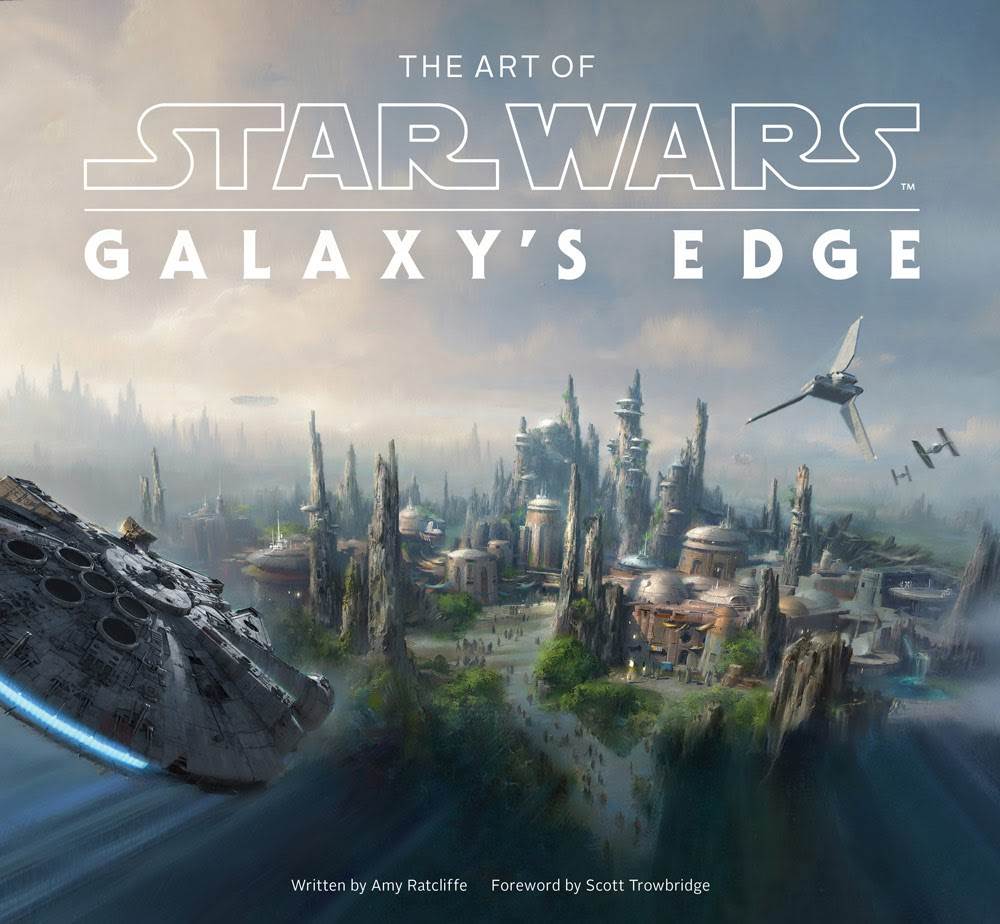 Even though Star Wars: Galaxy’s Edge opened nearly two years ago at Disneyland here in Southern California (naturally a big chunk– indeed more than half– of that two-year existence was hampered by the park’s thankfully recently ended COVID-related shutdown), the impressively immersive themed land still feels like a work in progress. I don’t necessarily mean that as a negative, mind you. It’s just that when I walk into Black Spire Outpost, it still feels as though Disney has built an amazing stage on which the performance remains mired in its first act. I keep saying Galaxy’s Edge needs some time to grow into itself, and I’m positive that Walt Disney Imagineering’s continued progress for development of the area’s usage (including the three fictional holiday celebrations revealed in the 2020 Traveler’s Guide to Batuu book) were stymied, at least temporarily, by the events of the past year.

Still, even despite the nagging feeling that Disney hasn’t quite yet taken full advantage of the jaw-dropping playground it has built for itself and its theme park guests, I can’t help but be fascinated by the creative process that led to the development of Star Wars: Galaxy’s Edge as it stands– the design work that birthed this fully realized fictional location and its now-familiar features, not to mention the prospect of ideas that may have been abandoned along the way. That’s why I was thrilled to finally open up the stunning new coffee-table book The Art of Star Wars: Galaxy’s Edge from Abrams and Lucasfilm Publishing. 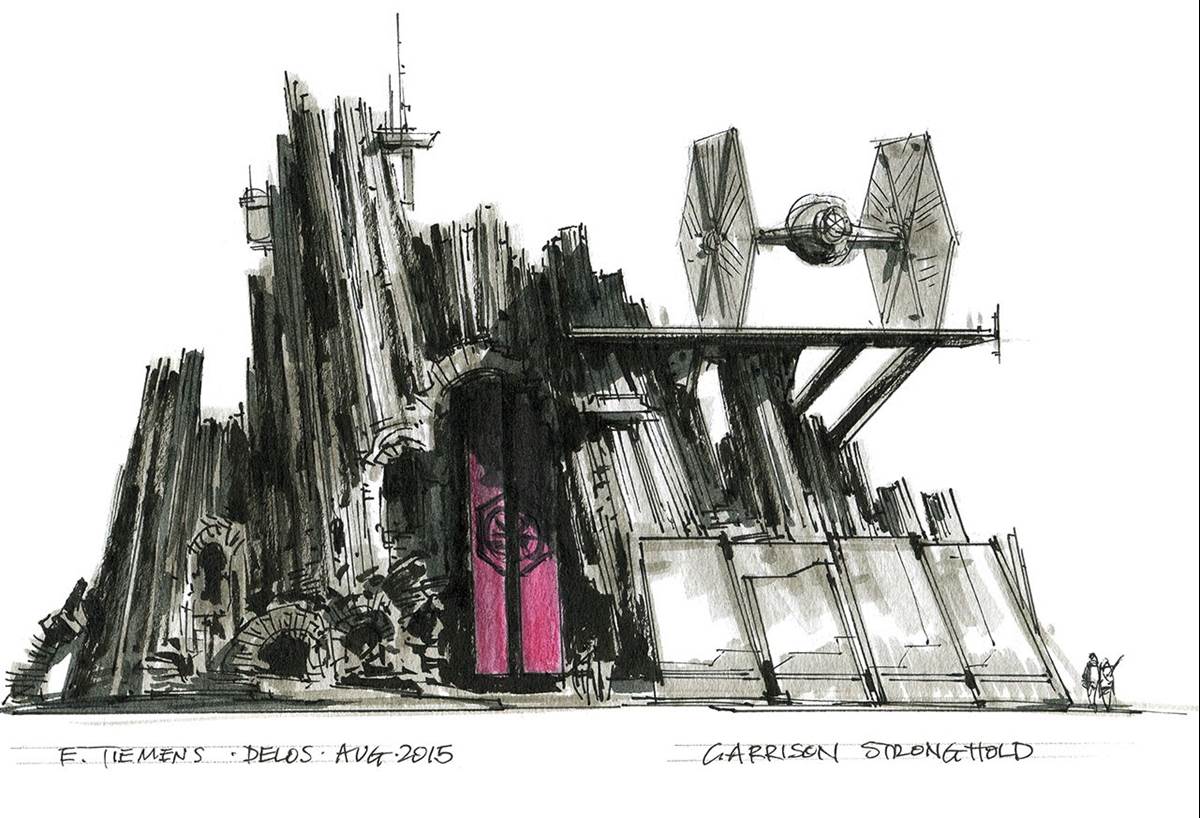 The Art of Star Wars: Galaxy’s Edge opens with a foreword written by Imagineer Scott Trowbridge, who served as the project’s– initially codenamed “Delos” as a reference to the immersive wild-west theme park in the 1973 Michael Crichton movie Westworld— creative lead. Trowbridge gives readers his history with the Star Wars franchise and the resultant path his life took that led him to WDI, and then explains how he sold then-Disney CEO Bob Iger and outgoing Lucasfilm president George Lucas on the concept of Batuu (at that point a newly created planet set in the Star Wars galaxy) as the setting of the new land, instead of a more recognizable locale like Tatooine or Endor. But from that point on the book belongs to author Amy Ratcliffe (Star Wars: Women of the Galaxy), who skillfully interweaves behind-the-scenes tidbits with a healthy array of interview snippets and, of course, this volume’s remarkable, ample collection of dazzling concept art. Much like the other titles in Lucasfilm Publishing’s storied output in the long-running Art of Star Wars series, there’s so much to look at here that one could easily spend hours upon hours poring over the illustrations alone, never mind taking the time to read the endlessly informative captions that invariably go along with them. 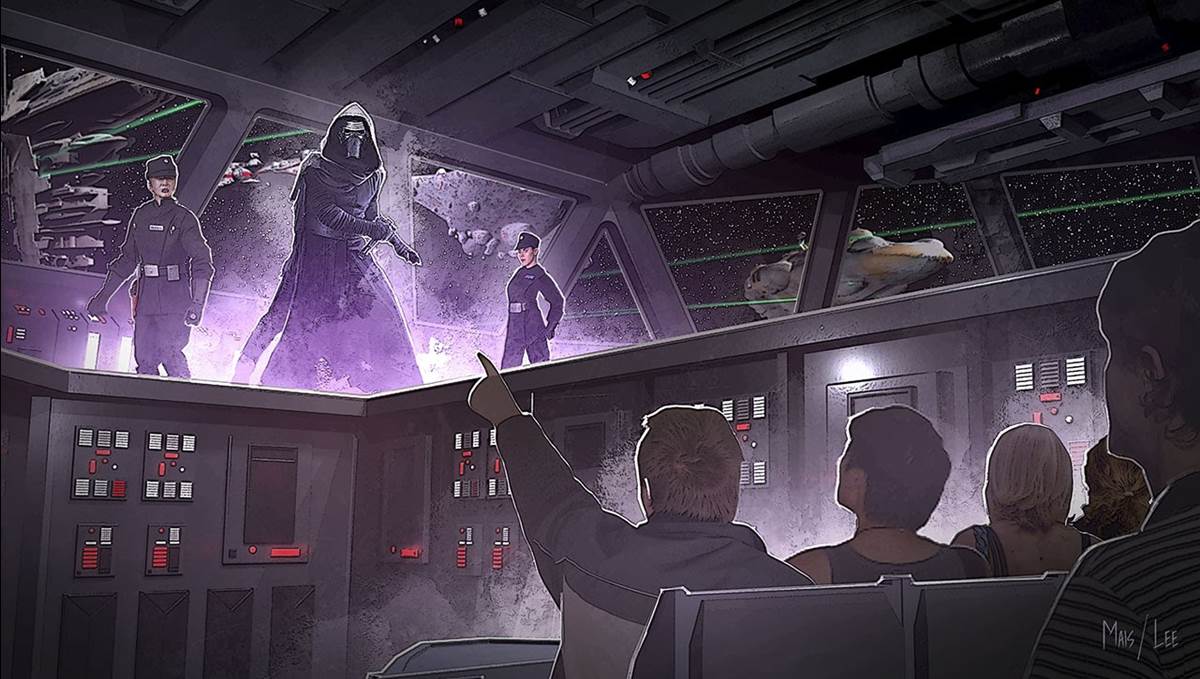 As someone who professionally covered the evolution of Star Wars: Galaxy’s Edge from its initial announcement at D23 Expo 2015, during its entire construction period, and through to its eventual opening in the spring of 2019, I can still say I learned quite a bit from this particular Art of book. I was particularly interested in discovering how the Imagineering team used research trips to Casablanca and Istanbul to help plot the layout of Black Spire Outpost, but other intriguing examples include a rebel base inside the wreckage of a crashed Imperial Star Destroyer, unused ride ideas like a speeder bike chase and a bounty hunter escape, animatronic alien bartenders at the local cantina, an in-depth exploration of the discarded Kalikori Club table-service restaurant with its elaborate two-story lobby and lounge sections, a wide variety of roaming droid designs, and a really neat-looking cave-like addition to Savi’s workshop that would have seen guests selecting their own Kyber crystals from the cavern walls. At one point there were also plans for an explorer’s shop, a village tailor that would function similar to how Bibbidi Bobbidi Boutique works in Fantasyland, and (as we’ve seen in test footage) a chance for guests to ride the creature named Elee, which turned out to be too low-capacity an attraction to be feasible, according to art director Doug Chiang. 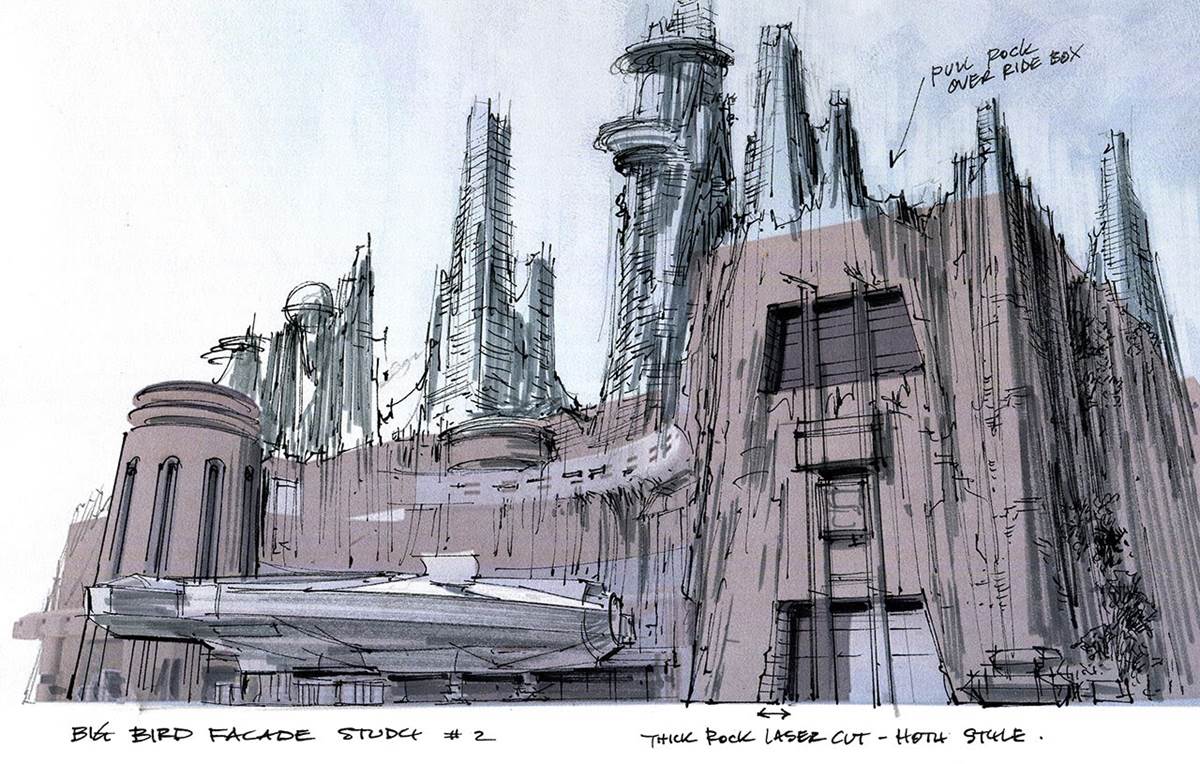 Beyond those big ideas, I was also struck by some of the more minor aesthetic choices, like the idea to age-up Hondo Ohnaka to reflect the decades that passed in-universe since we previously saw the space pirate in the Star Wars Rebels animated series. I guess that idea was deemed unnecessary, as it hadn’t been established how long Weequays might live, but it’s still cool to see the drawing. It’s also great to have almost-frameable two-page spreads of some of the more heavily publicized art that had been previously released in the months leading up to the launch of Star Wars: Galaxy’s Edge at both Disneyland Resort and Walt Disney World in Florida. Plus, a bonus section near the back of the book touches on the upcoming Star Wars: Galactic Starcruiser immersive resort set to open in 2022 next to Disney’s Hollywood Studios. All that content crammed into this beautifully presented hardcover tome undoubtedly makes it worth its $50 price tag, but considering you can find it for significantly cheaper than that (currently $35 on Amazon as of this writing) I would say this is a must-buy for anyone interested in Star Wars and/or Disney theme park design. It’s an invaluable resource for information on what will be remembered as a watershed accomplishment in both of those pop-culture legacies. 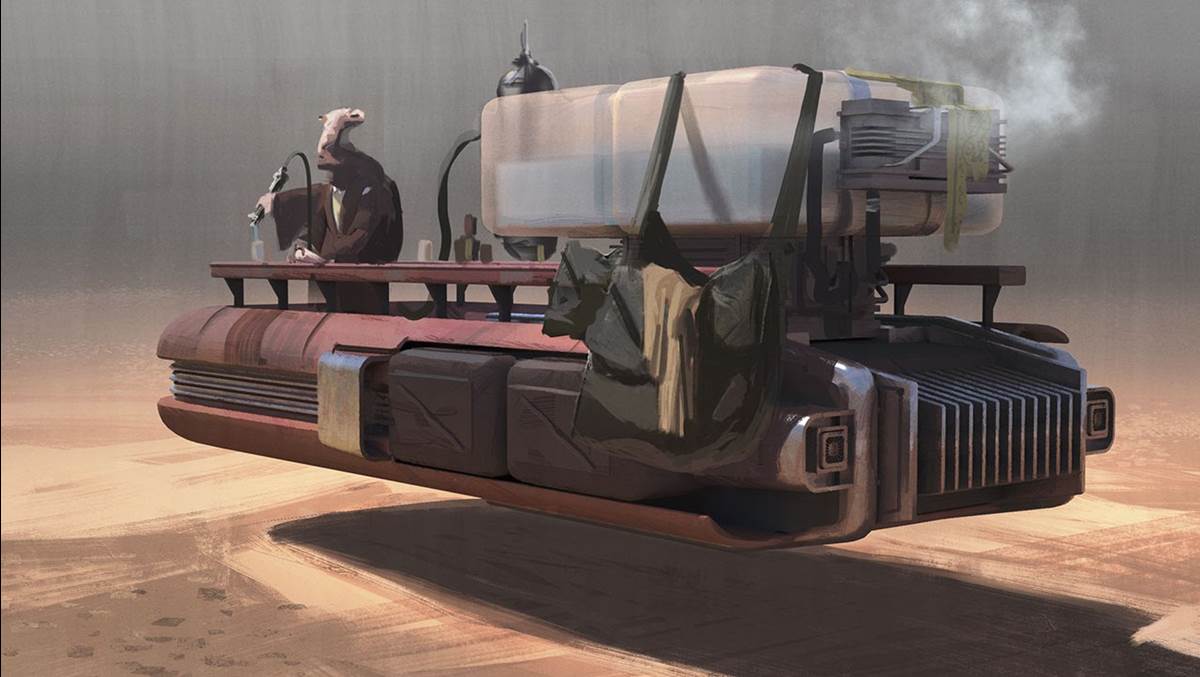 The Art of Star Wars: Galaxy’s Edge is available now wherever books are sold.