One of the most exciting additions to Walt Disney World during the Most Magical Celebration for the resort’s 50th anniversary will be the new nighttime spectacular Harmonious at EPCOT. As we continue our countdown to that celebration, let’s take a look back at the progression of the work on that new show. 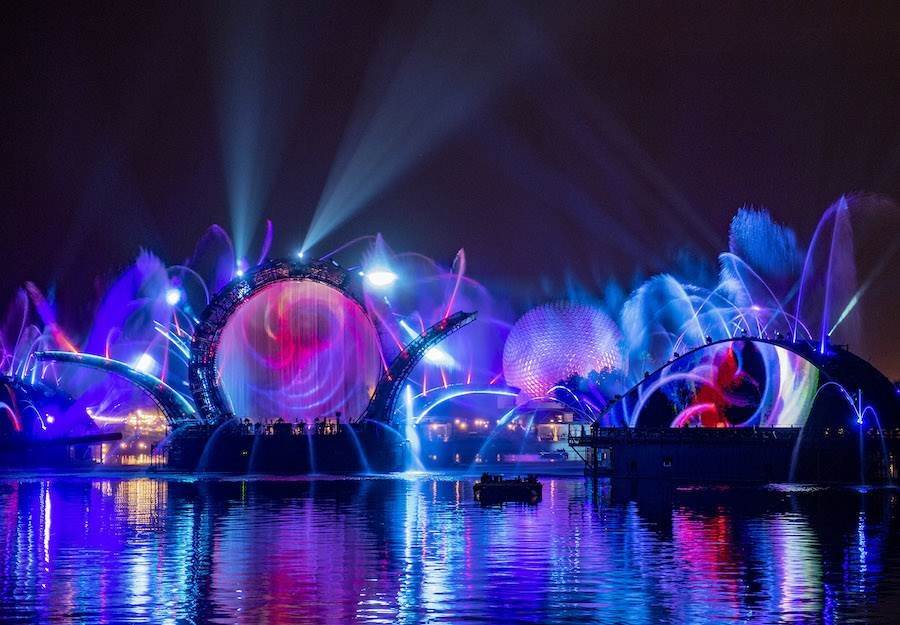 We first learned of Harmonious and several other new projects coming to EPCOT back in 2019. Many of those projects have been delayed, and the nighttime spectacular fell into that category for a while as well. With the Walt Disney World parks closing due to the pandemic, and fireworks not returning until long after their reopening, Harmonious was put on hold for a while. Of course, just before the pandemic we did get a brief run of EPCOT Forever, the temporary show bridging the gap to Harmonious. EPCOT Forever will also be returning for another limited run until October 1.

As we awaited information and the eventual arrival of the new show, we kept an eye on EPCOT for any updates we could find. In October last year, we first spotted a crane in place for construction of the barges needed for this new show. The first of the five floating barges made its way onto the lagoon in December as we inched closer and closer to the eventual debut of the new show. At this time, we still had no debut date set for Harmonious but we were certainly excited to see progress. 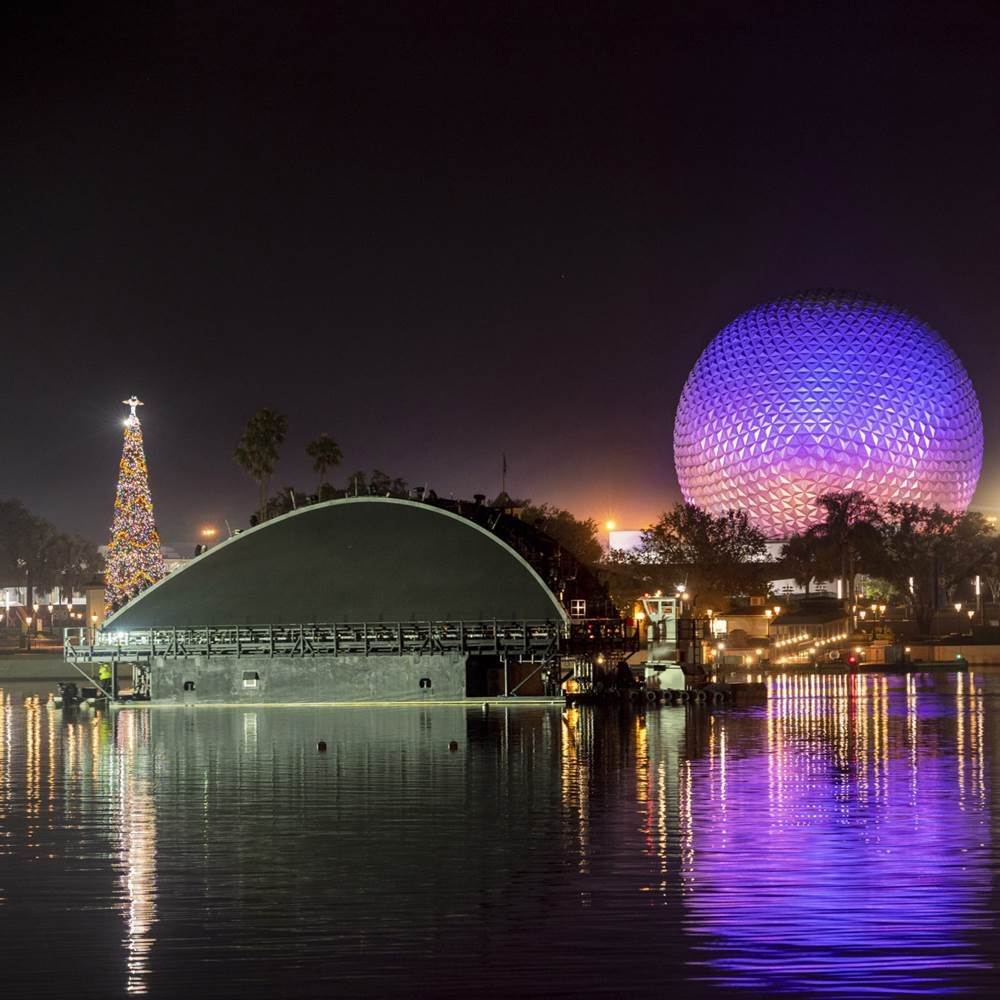 In February, the six-story tall ring-shaped central barge appeared on the lagoon joining the two taco-shaped barges already there. This was a big step as we got an idea of what we can expect to see on the lagoon everyday as long as Harmonious is running at EPCOT. 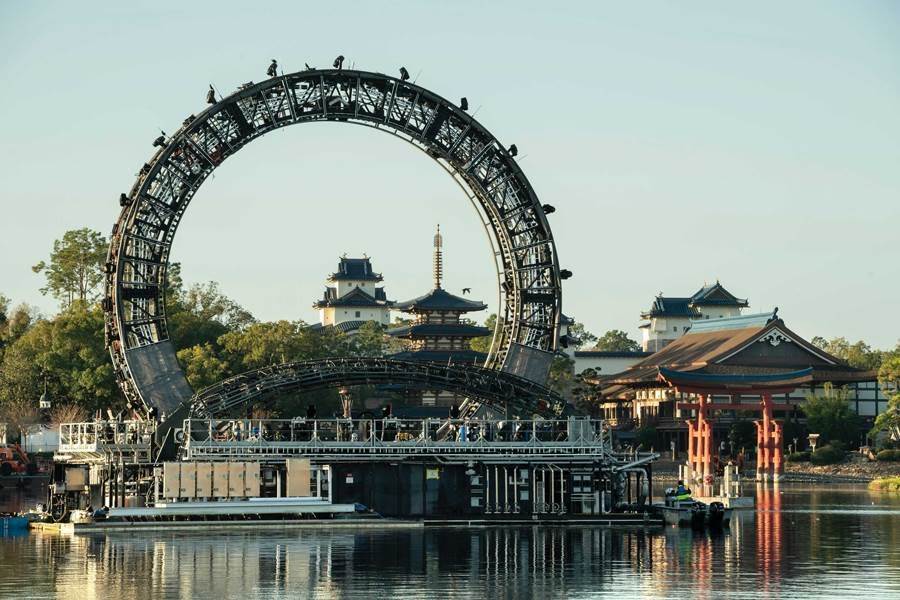 In March, a Twitter user was able to capture a video of the Harmonious fountains testing early in the morning from the Boardwalk Resort area.

And finally, in April, the last of the barges made its way onto the lagoon, giving guests a look at how this area of the park will look during the run of Harmonious. We finally learned that Harmonious will debut at EPCOT on October 1 as part of the Most Magical Celebration for Walt Disney World’s 50th anniversary. While this is one of the many new things coming to Walt Disney World for this celebration, it’s certainly one of the ones we are most looking forward to as we have all been waiting a very long time for the debut of this new nighttime spectacular.

Just recently, Disney shared a look behind-the-scenes of Harmonious as it goes through testing.