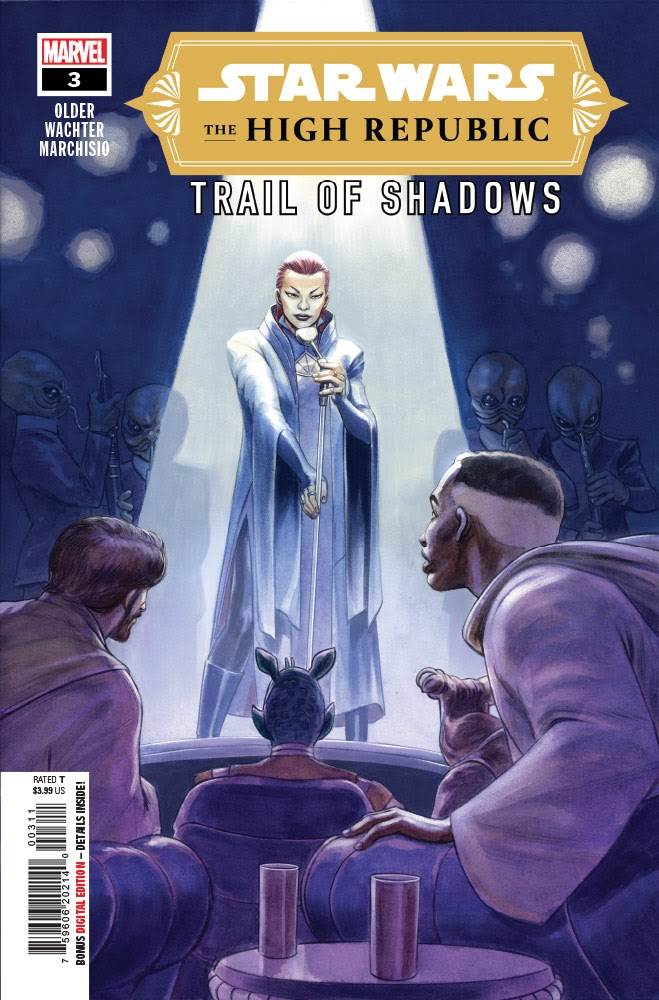 I may have said or written this before, but it’s taken me a while to warm up to Daniel José Older’s Star Wars writing. I couldn’t connect with his 2018 Solo: A Star Wars Story tie-in novel Star Wars: Last Shot (I found it to be a bit overly silly for my taste) and his short stories for the From A Certain Point of View anthology series have been pretty far out there in terms of how I’d prefer to see this franchise and its characters handled. Trail of Shadows has been following a private detective named Sian Holt as she teams up with Jedi Master Emerick Caphtor to investigate the strange death of another Jedi Master, Loden Greatstorm, as depicted at the end of Cavan Scott’s acclaimed novel Star Wars: The High Republic – The Rising Storm. In issue #3, out today, Holt and Caphtor (still love that as a potential buddy-cop series title) have met up with a third Jedi Master– Stellan Gios– on Coruscant, where evidently Sian moonlights as a lounge musician… the obvious film-noir influence on Older’s writing is becoming more and more pronounced with each chapter of this story. Meanwhile, leader of the cutthroat band of marauders known as the Nihil, Marchion Ro, communicates with his underlings in an effort to weed out a potential traitor– someone’s selling the Nihil’s top-secret weaponry, and Ro desperately wants to figure out who it is so he can put an end to the leak. 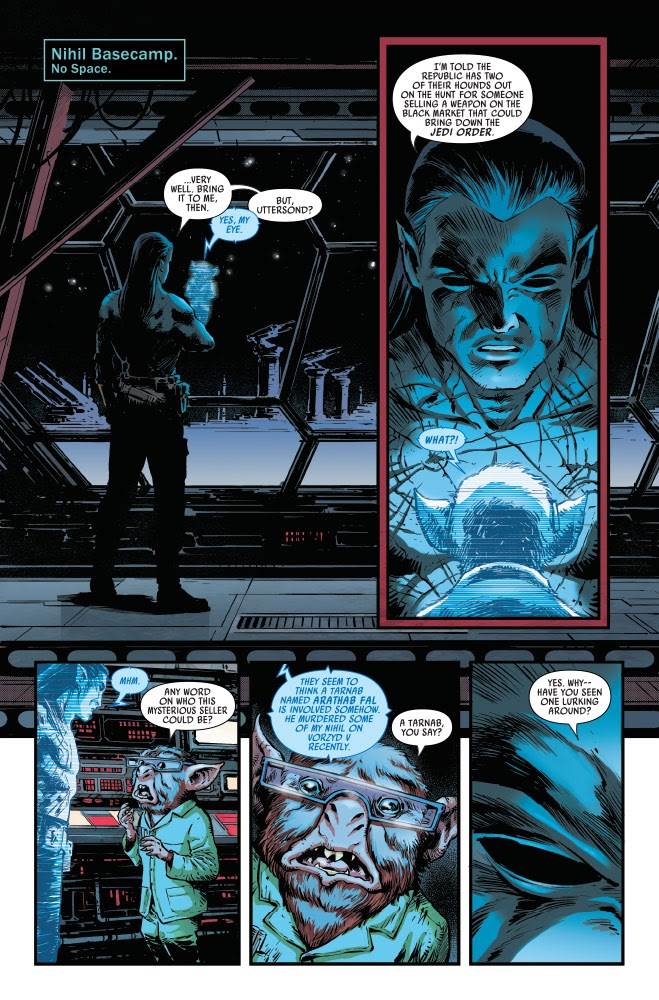 After the attack on bond-twin Jedi Knights Terec and Ceret (as seen in Marvel’s main Star Wars: The High Republic comic, also by Scott) the trio of investigators are called back to the Starlight Beacon space station, where their paths overlap with Older’s “Great Jedi Rumble Race”– not to mention Keeve Trennis and the stoic Marshal Avar Kriss. But between the infighting among the Nihil and Holt and Caphtor settling in on Starlight Beacon, there isn’t much time for clue-finding or mystery-solving this month in Trail of Shadows. Still, I’m really enjoying the world-building and character development stuff on both sides, and I think artist Dave Wachter’s moody illustrations (along with the evocative work by colorists Giada Marchisio and Ian Herring) are really going a long way in selling the reality of what a Star Wars noir should look and feel like. In a way I genuinely do hope our two protagonists decide to open up their own detective agency in Coruscant’s seedy underbelly before this miniseries comes to a close, because I’m really enjoying their interactions with each other and the way Older writes them as reacting to the universe around them. 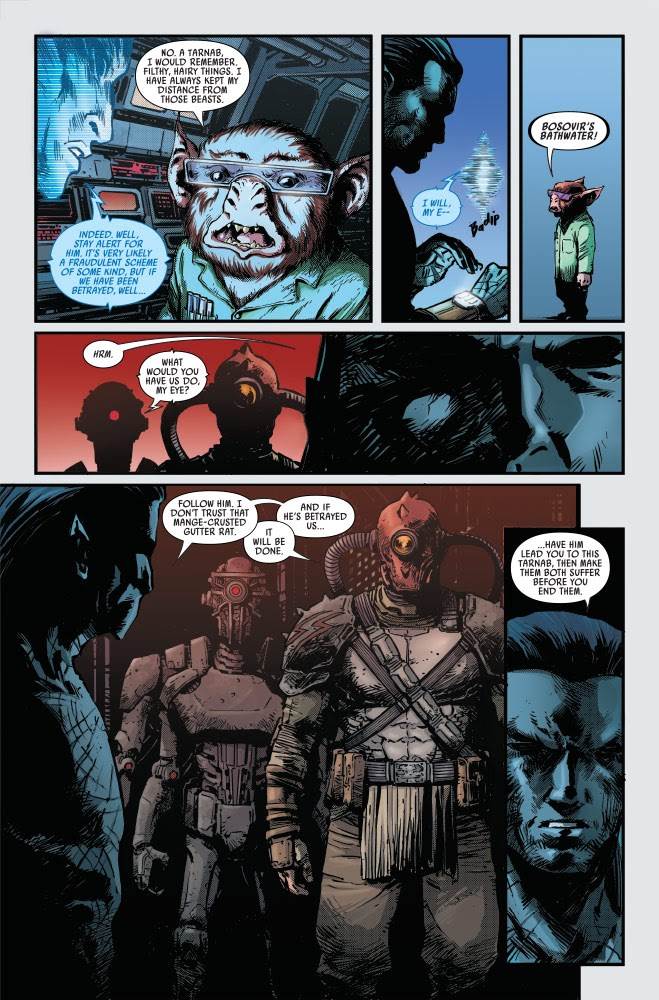 Star Wars: The High Republic – Trail of Shadows #3 is available now wherever comic books are sold.