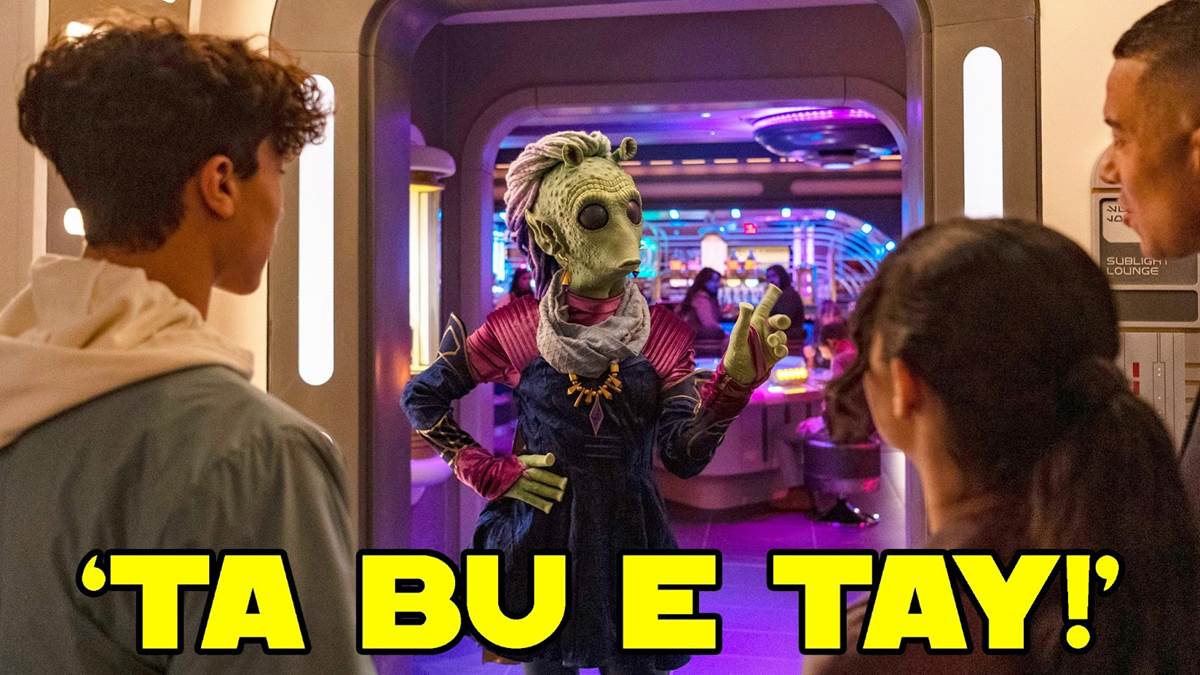 Guests who have visited the planet Batuu and its main settlement Black Spire Outpost in the Star Wars: Galaxy’s Edge theme lands at Disneyland Resort and Walt Disney World know that the area has its own lingo spoken by locals for specific greetings and situations.

And now passengers booked aboard the acclaimed immersive Walt Disney World Resort experience Star Wars: Galactic Starcruiser are finding that there’s a whole new set of phrases (in the Anzellan language of Chandrila Star Line founder Shug Drabor) to learn in order to best communicate with others aboard the luxury starcruiser Halcyon. These expressions are accessible via the Play Disney Parks app by opening the Star Wars Datapad, clicking “Comms,” and then “Voyage Information.”

“Hello” – “A’ DEG A’ is an Anzellan greeting that we use on the ship as a sign of respect. It’s pronounced ‘Ah-deeg-a.’ Try using it instead of ‘Hello!’ while conversing with crew. While on Batuu, you might hear villagers say ‘Bright suns!’ This is another local greeting that references the three suns of the planet Batuu. In the evening, they’ll switch over to saying ‘Rising Moons,’ a nighttime greeting.”

“Goodbye” – “BA MA’ SHAY is an Anzellan blessing that means ‘may you journey boldly.’ It’s pronounced ‘BAY-mah-SHAY’ – and is a commonly used phrase to say goodbye! While on Batuu, many phrases reference the spires that tower over the landscape and are symbols of new opportunities. Try saying ‘Til the spire!’ to say goodbye! You can also say ‘May the spires keep you’ to wish someone well.”

“Let’s Celebrate!” – “Try saying ‘TA BU E TAY!’ This Anzellan phrase is pronounced Tah-BOO-ee-TAY and is a celebratory blessing that means ‘Cherish the moment.’ We say this when celebrating any special event onboard the ship!” 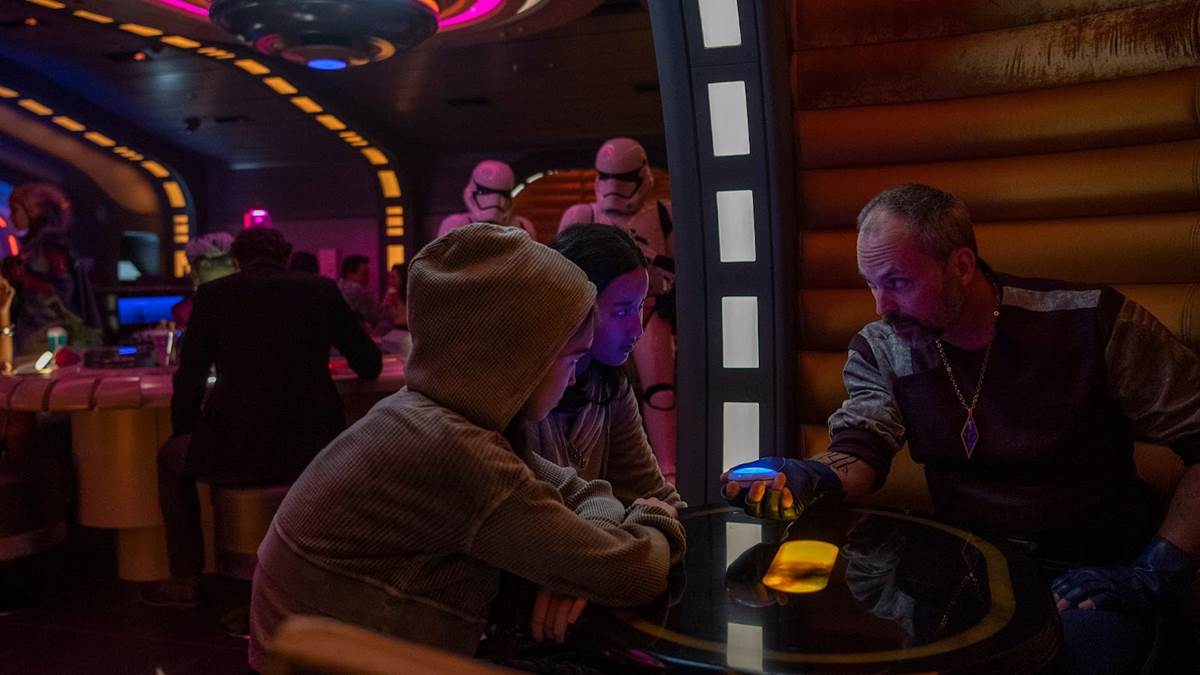 Star Wars: Galactic Starcruiser is now open at Walt Disney World. For additional information, be sure to visit the resort’s official website.