Even though I’ve dived into Disney Channel content, including Big City Greens and The Owl House, that I’ve absolutely loved, I’ve never quite taken a closer look at the content at Disney Junior. Today, that changes as I dive into an episode of Mira, Royal Detective. 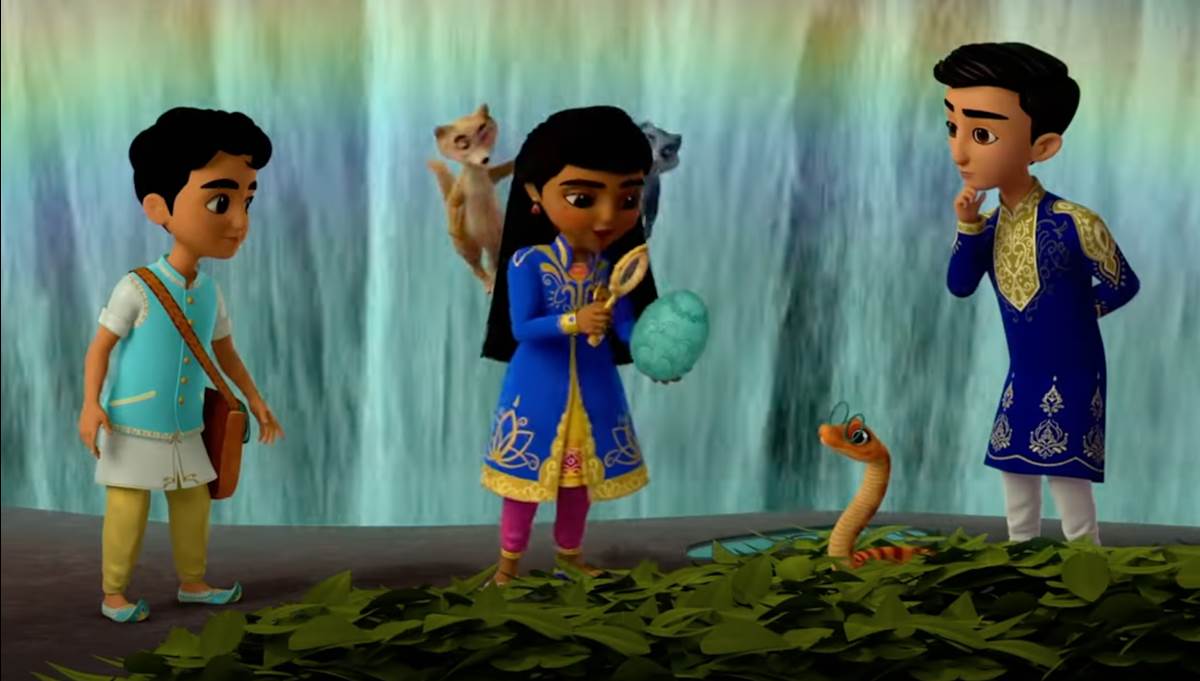 The Mystery of the Legendary Sword

This second season installment of Mira, Royal Detective is my first venture into this show as a whole, but luckily, unlike my other adventures with Amphibia and The Owl House, this is a Disney Junior show and (as far as I can tell) has no overarching epic story being told that I need to head back and catch up on.

That said, after doing a cursory search on this show, I must admit that this particular episode is different from every other one as it is apparently not divided into segments, and tells the whole story in 24ish minutes without a break. We jump into today’s story with Mira and Prince Neel visiting Uncle’s Cart where is showing off one of his newest inventions, a spring loaded seat. They end up discovering an ancient sword sheath, and based on their definition of “Ancient” – meaning “Old and Important” – I must now rethink my entire existence since I am only just “old.” Thanks, Mira.

Anywho, they are now off to find the ancient sword that belongs in the sheath, and after a bit of detective work – nay ROYAL detective work, they discover that the sword is said to belong to the rightful ruler of Jalpur. Now, Prince Neel’s older brother, Prince Veer (who is destined to rule the kingdom) joins them to prove his strength as a ruler and claim the sword as his own.

After a bit of legendary background thanks to Queen Shanti, the group is now on the case. Again, this is my first time watching this but saying they’re on the case apparently triggers a musical number, and according to that earlier search, this is an altered version of the tune with both of the Prince’s joining in on the song.

The group and their two Mongoose friends, Mikku and Chikku, (Wait, one of them is Kal Penn?! Now I can’t unhear that) set off on the quest to find the sword. Also Mikku and Chikku were surprisingly tolerable. I was expecting the Mira, Royal Detective version of Crash and Eddie from the Ice Age franchise, but no. These guys are far easier on the palate. I digress. Based on their clues, the group must find three jade eggs to aid on their journey.

I must admit, even though it's a kid show I did get into it and pointed out the clues probably like a kid would. “It’s right there Mira!” That kind of thing. Maybe it was my lack of coffee, I don’t know. Upon discovering the first egg, the gang finds a snake who is afraid of snakes… and basically anything else. This character is my new favorite, but it seems as though he is not recurring. Through his help, which is mostly driven by his own fear, they continue on their journey. Of course, the snake being a snake, the Mongoose (Mongeese?) point out that they usually don’t get along and they don’t know if they can be friends. I smell a subplot! 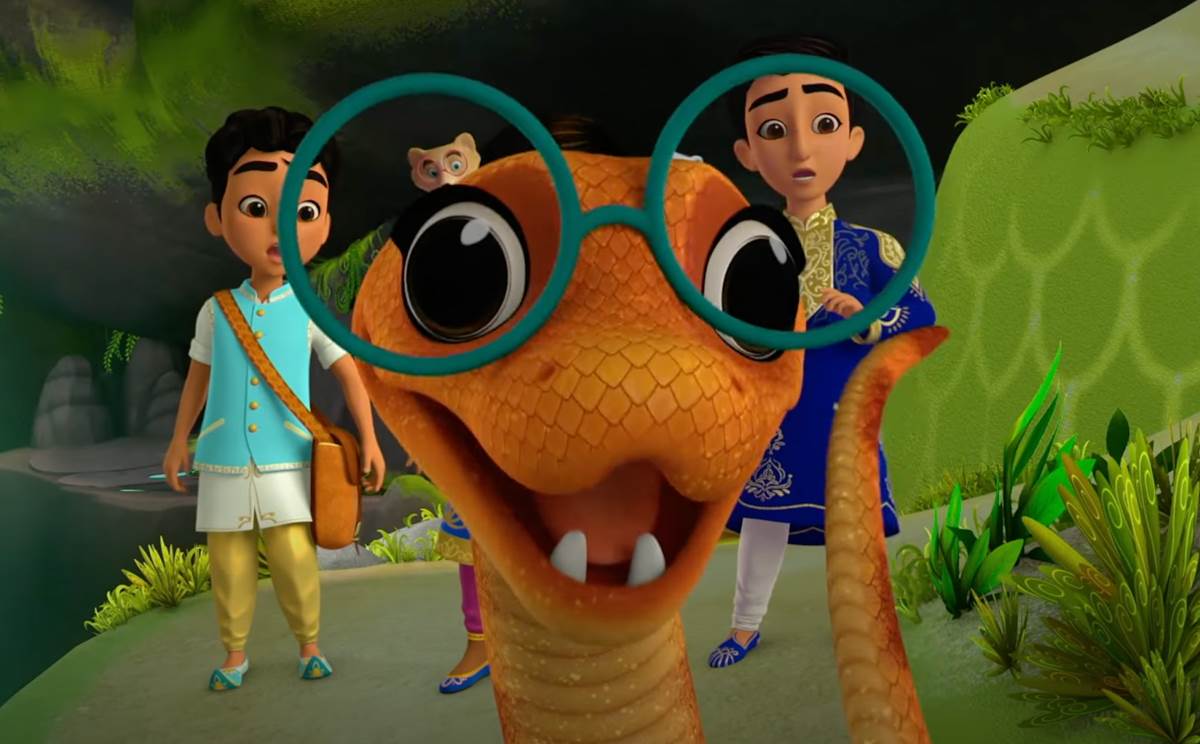 Through lessons in bravery, Mikku and Chikku begin to bond with Vijju the snake. It’s already begun. Prince Veer is already taking charge trying to prove his strength but doesn’t fully pay attention to the clues that Mira is discovering and inadvertently causes setbacks at nearly every turn. I can’t wait for him to get them into some kind of Indiana Jones-esque trouble.

When Mira finally gets them into a chamber to get their hands on the second egg, Veer runs for the egg setting off a trap that turns the chamber into a centrifuge, spinning quickly and trapping everyone pinning them to the walls. Neel, fortunately, never made it inside and since the chamber is inside a giant egg shaped boulder, figures out an invention to get them free.

Inevitably, the group finds all three eggs and follows the clues to discover the sword of legend. And, once again in his eagerness, Veer gets them all trapped inside a temple. While trapped, Veer apologizes and realizes its his fault that they are trapped, saying he’s not strong enough to be a king. Mira points out that the sword might not mean strong physically, but rather a way to celebrate one’s strength. She points out each of their individual talents and says that together, they’re even stronger. Neel uses his earlier spring loaded seat invention and blasts through the rocks trapping them inside and are able to escape.

Once back at the palace, Neel presents the sword to his mother, and their story is added to the legend. I must say that at first glance a full episode of this show seemed long for a show on Disney Junior, I can also see how it would retain a child’s attention for that length of time. Looking at previous entries in the series, the episodes are usually split into two parts, easier to consume for a small child. That said, this longer entry has enough going on, including the aspect of adventure and finding all these parts and pieces to the story that any kid could get into it.

This episode of Mira, Royal Detective is now available on Disney Junior and the DisneyNOW app. Previous episodes and seasons can also be found on Disney+.