Despite being the resident Star Wars superfan at Laughing Place, I had not found time to purchase or play the LEGO Star Wars: The Skywalker Saga video game since it was released this past spring. That turned out to be a good thing, because recently I was sent a review copy of the new “Galactic Edition” of the game, which provided me with the perfect excuse to finally dive in and see what I’ve been missing.

LEGO Star Wars: The Skywalker Saga – Galactic Edition contains the same base experience as the standard version, with the added bonus of 13 character packs from across the Star Wars galaxy– containing familiar faces (and helmets) from The Mandalorian, The Bad Batch, Rogue One, Solo, Obi-Wan-Kenobi, Andor, The Book of Boba Fett, The Clone Wars, and Rebels, plus the LEGO Star Wars: Summer Vacation animated special and even more characters from the Original Trilogy. 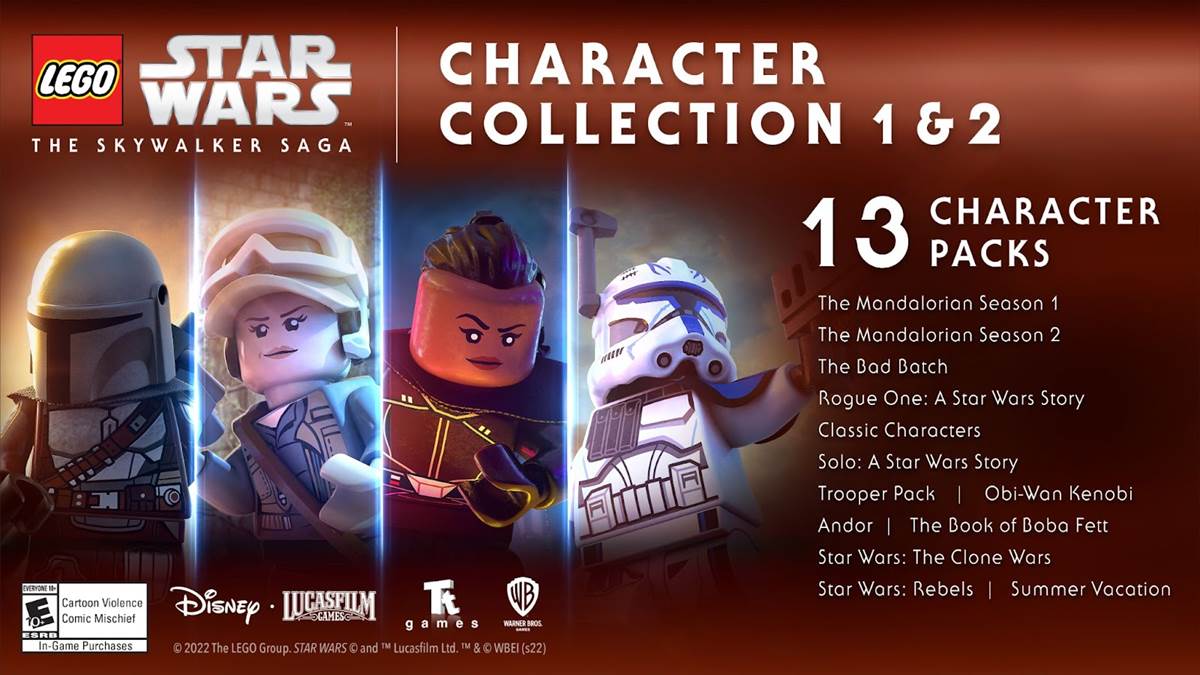 And though this review is focused on the qualities of the Galactic Edition, which is out just in time for the holidays, I wanted to give my overall thoughts on The Skywalker Saga game as well. I’ve dabbled in a handful of the LEGO games in the past– specifically titles from the Star Wars, Marvel, and Indiana Jones franchises– but also LEGO Creator and LEGO Worlds. It’s probably worth it to note that I’ve been an avid collector of physical LEGO sets for my entire life as well– and the bricks have always meant much more to me than the games. That said, I was excited to jump into The Skywalker Saga because I’d heard a lot of good things, and I saw an intriguing demo of the game back at E3 a few years ago. My first impression, after about half a dozen or so hours of play, is that the world of this video game is so vast that it would take far more time than I usually have on my hands to get through it all. So for my purposes I played through all of Episodes IV and V (A New Hope and The Empire Strikes Back), then monkeyed around with the freeplay options so I could cycle though the characters provided by the various DLC packs. I plan to go back and enjoy the rest of the game, but I feel this experience gave me enough on which to base my review. Like with other LEGO video game titles, the focus here is definitely on fun over challenge, though in the two “movies” I played through I did encounter a few setpieces that had me feverishly button-mashing and wondering if I’d survive. 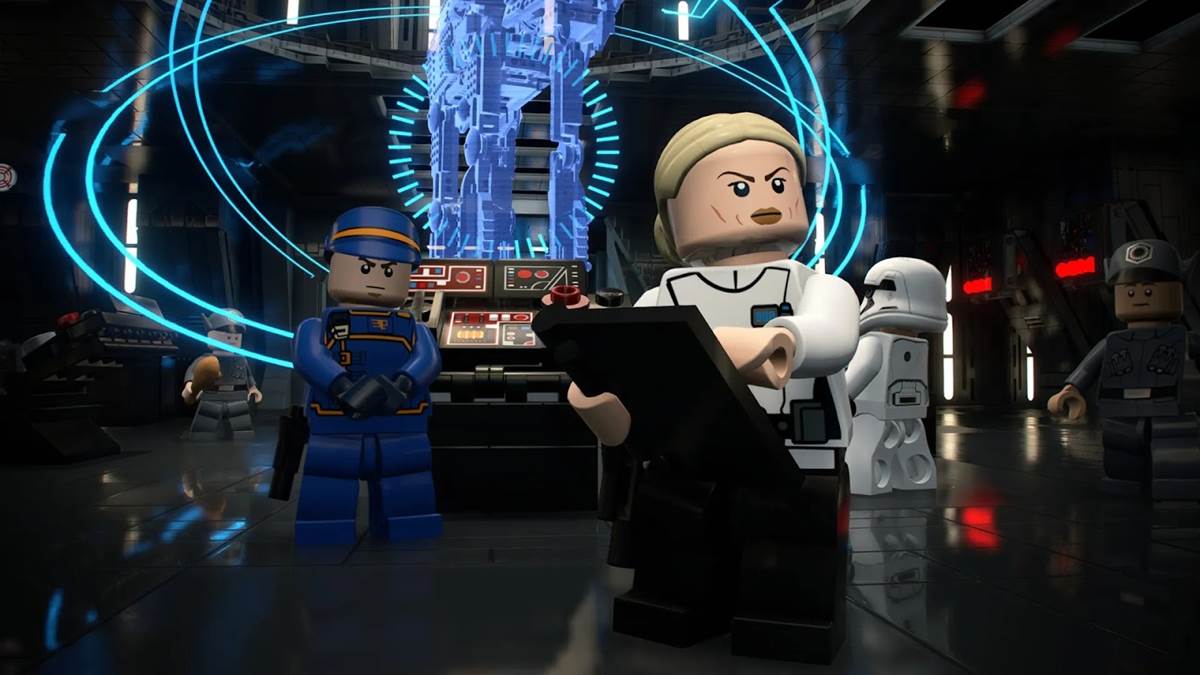 But the real magic in LEGO Star Wars: The Skywalker Saga comes from its endless customizability. Right from the top, I was able to switch out central characters like Luke Skywalker, C-3PO, and Obi-Wan Kenobi for somewhat more obscure faces like Dengar and Grand Moff Tarkin. Beyond that, there’s so much to explore in each area that I was tempted to just hang out in Mos Eisley, on the Death Star, in Echo Base on Hoth, or in Bespin’s Cloud City just to collect hidden items rather than advance the story. That’s a good problem to have, however, and it promises probably countless hours of replayability for those like me who need extra prodding to return to games they’ve already completed. Not that I’ll be completing this one anytime soon, though, as I’ve still got seven more movies’ worth of storyline to get through before I really start to attempt 100% completion on all the extras. So yeah, I guess you could say I’m impressed by the sheer scale, pleasantly entertaining nature, and– oh yeah– the humor of The Skywalker Saga. Add on top of that the Galactic Edition character packs, which bring in more recent Star Wars personas like Din Djarin and Grogu, Enfys Nest, Cassian Andor and K-2SO, Fennec Shand, the entirety of Clone Force 99, Asajj Ventress, Grand Admiral Thrawn, Reva, Luthen Rael, and Cad Bane– and that list is only scratching the surface. In a way I kind of wish I was back in my more youthful years of having multiple hours after school each day in order to really get the most out of this title, but I think adults will get a kick out of it as well, even if kids and younger teenagers are probably the target audience. Regardless, LEGO Star Wars: The Skywalker Saga is more than daunting in its size, and absolutely a great value– especially as a holiday gift– considering the amount of content you get for the price. 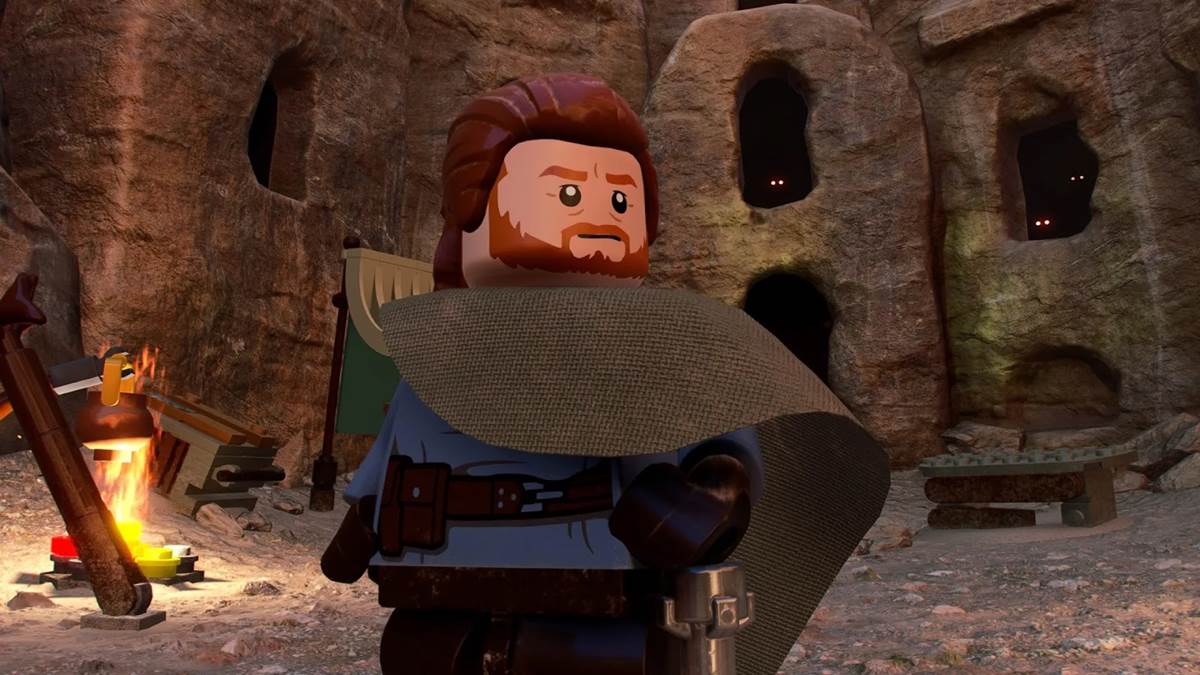