Walt Disney World’s 50th anniversary is coming up, with the big day just a few days away on October 1st. To get ready for the event, we at Laughing Place are taking a look at various parts of Walt Disney World, past, present, and future each day, with today a blast to the past. 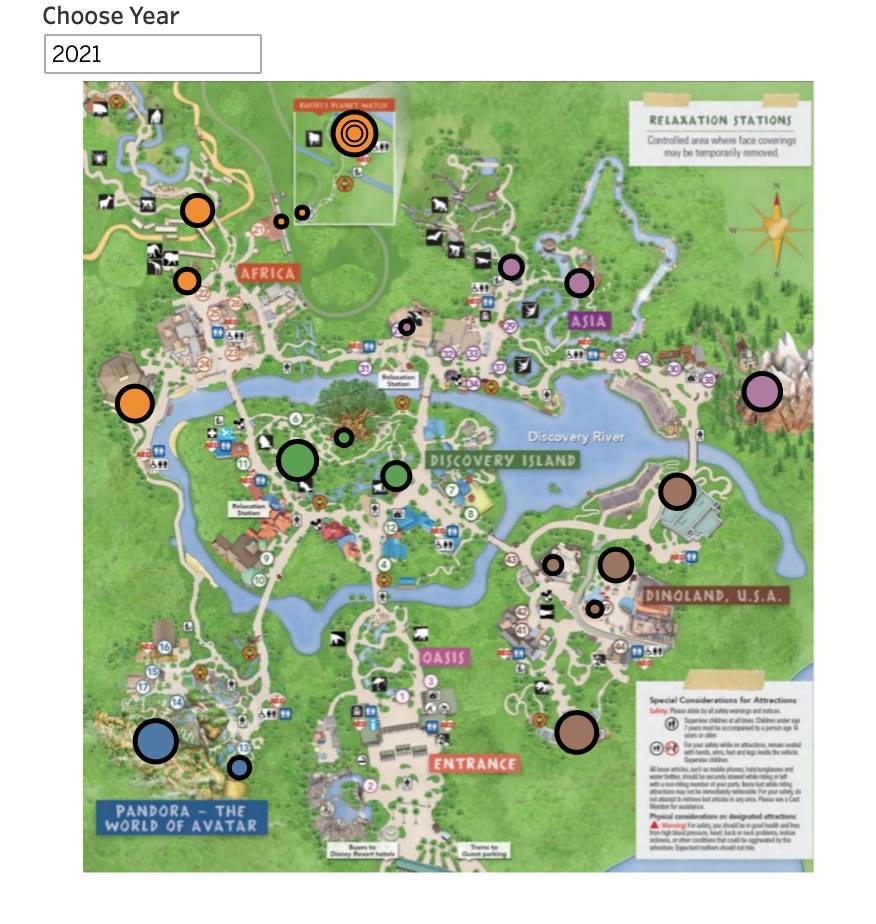 Here at Laughing Place, we have interactive maps of every Disney Park throughout the years (created by yours truly). The maps are a fun way to visually examine how each of these parks changed over the years and serve as a wonderful companion to this piece where I look at which year’s lineup of attractions reigns supreme at Disney’s Animal Kingdom. You can follow along with the Animal Kingdom map and let me know if I made the right choice with my pick or if I was off my rocker. So let’s jump in and take a look at some honorable mentions before we get to what I believe was the best year to visit Animal Kingdom attraction-wise. 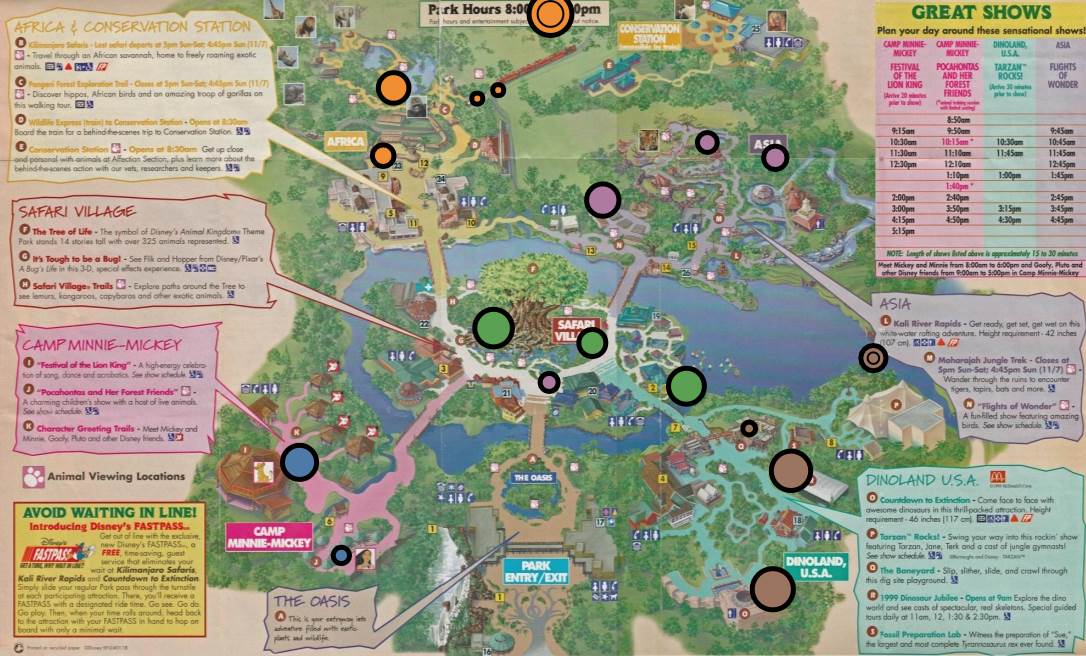 My first choice may be a bit of a controversial one because early Animal Kingdom was pretty much a shell of what it is today. There were Opening Day classics like it’s tough to be a bug and Festival of the Lion King, though Festival was in its decidedly less cozy home in Camp Minnie-Mickey. Another boost to the year was that it still had the original poacher storyline on the Kilimanjaro Safaris, and I am a sucker for story when it comes to attractions.

All of those attractions were there in 1998 as well, so what made 1999 the choice? Well, to start, Kali River Rapids didn’t open until the second year of the park, so the entire land of Asia was pretty much a barren wasteland for that first year. 1999 also saw the replacement of Journey into the Jungle Book with Tarzan Rocks and of the two Theater in the Wild shows, I feel that Tarzan Rocks is the stronger choice. The final reason I went with 1999 as a honorable mention was that I wanted to mention the Discovery River Boats somewhere in here because I thought they were a fun way to get around the park and if they ever were to return (they won’t) that year would immediately be in contention for an honorable mention spot at the least. 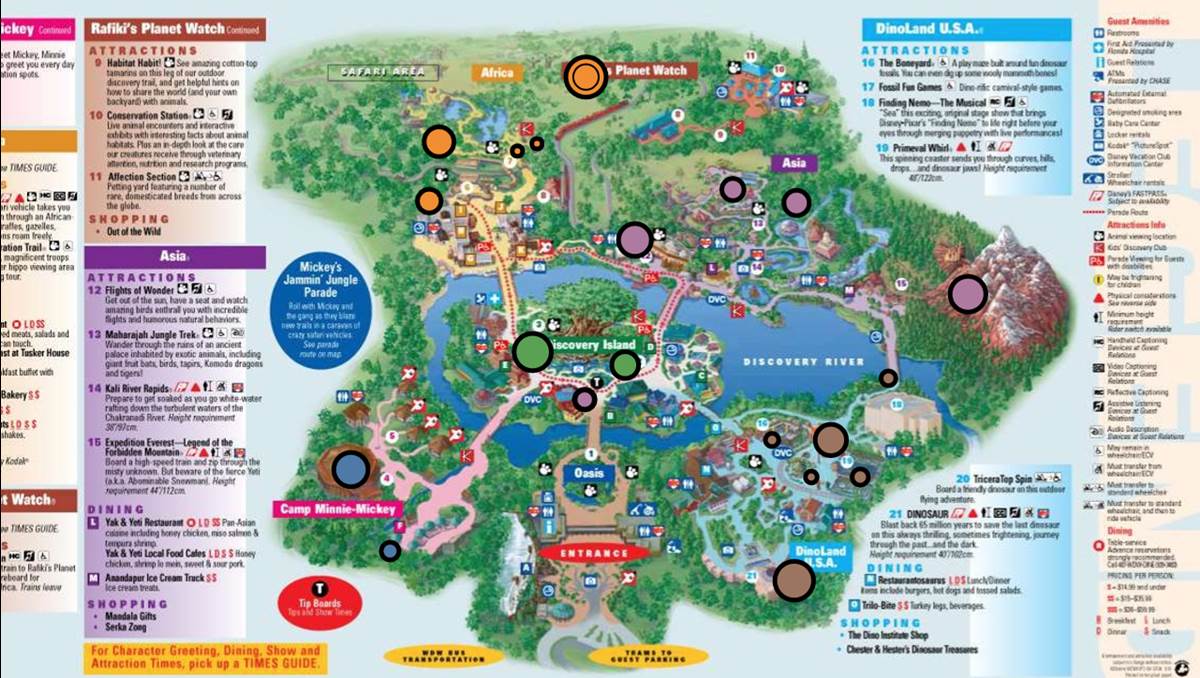 2006 had a few extra things going for it because though there were no more Discovery River Boats, that was pretty much the only “major” loss between 1999 and 2006. Over those years, Primeval Whirl and TriceraTop Spin were added into DinoLand USA (though the jury is out on whether they were a net negative or positive to the park.)

But the main reason that 2006 marks as a transition period and my choice for honorable mention number 2 is the addition of Expedition Everest. Arguably the best attraction in the entire park, Expedition Everest basically pushed every year that included it into the running for best lineup because the ride just straight up rocks.

As to why 2006? Well, pretty much every year between it and my choice for best lineup looked similar as very little changed in the park during the span. But I prefer Tarzan Rocks to Finding Nemo – The Musical so 2006 gets the nod. 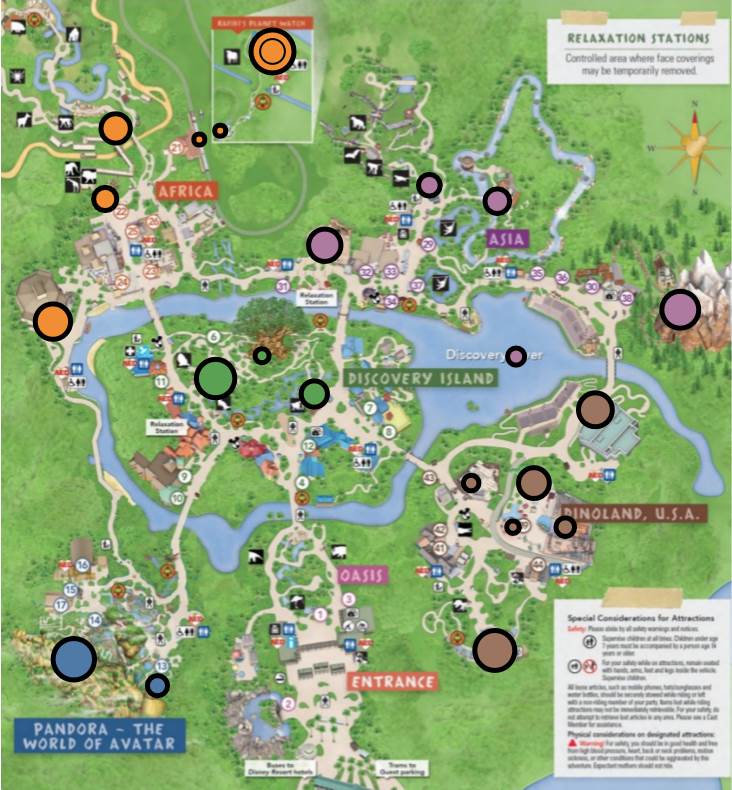 And finally we reach the best year of Animal Kingdom attractions of all-time (in my mind at least), the glorious year of 2017. Between 2006 and 2017 there were a few small additions like the new theater for Festival of the Lion King (which is decidedly better than the other one) as well as Finding Nemo – The Musical. But 2017 is the choice because it had two of the most anticipated openings in Animal Kingdom history.

First, there was the long-gestating Rivers of Light which finally made its debut early in that year. After years of anticipation, I wouldn’t say that Rivers of Light quite met the hype surrounding it, but it finally gave the park a true nighttime spectacular (because let’s just pretend The Jungle Book: Alive with Magic didn’t exist).

But of course, the biggest reason that 2017 stands out is that Pandora – The World of Avatar opened along with two great attractions in Na’vi River Journey and Flight of Passage. I would say that the three attractions that need to be in the ideal Animal Kingdom lineup are Kilimanjaro Safaris, Expedition Everest and Flight of Passage, so really my choices came down to a year between 2017 and 2021. From there, getting to 2017 was easy because it was the only year with Flights of Wonder and with not many other changes over the year, 2017 stood out far and away as the best year to visit Animal Kingdom if you were an attraction junkie.

Over the next few months, we’ll be doing this same exercise for all the other Walt Disney World parks, so take some time to explore the other interactive maps and brainstorm your choices.

Thanks for reading and let us know the year you would choose to visit Animal Kingdom!