VoluntEARS from Disneyland Paris have spent some time recently handing out gift baskets to flood victims in a nearby town. 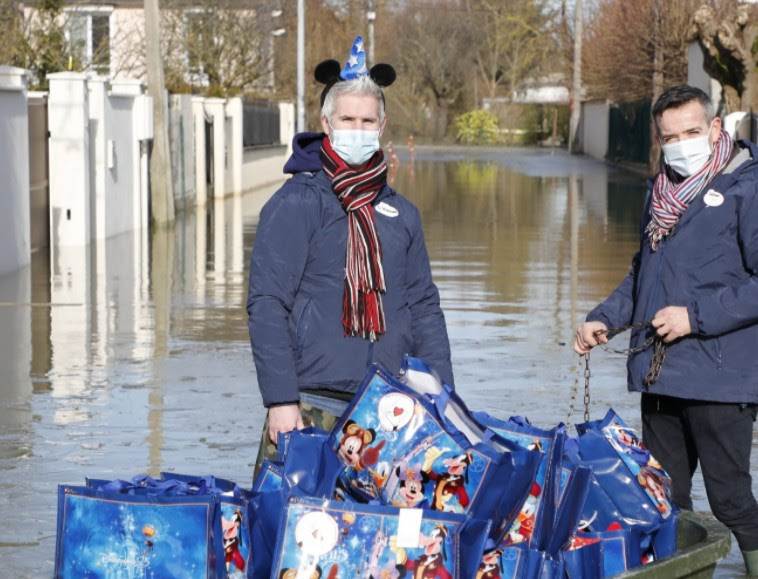