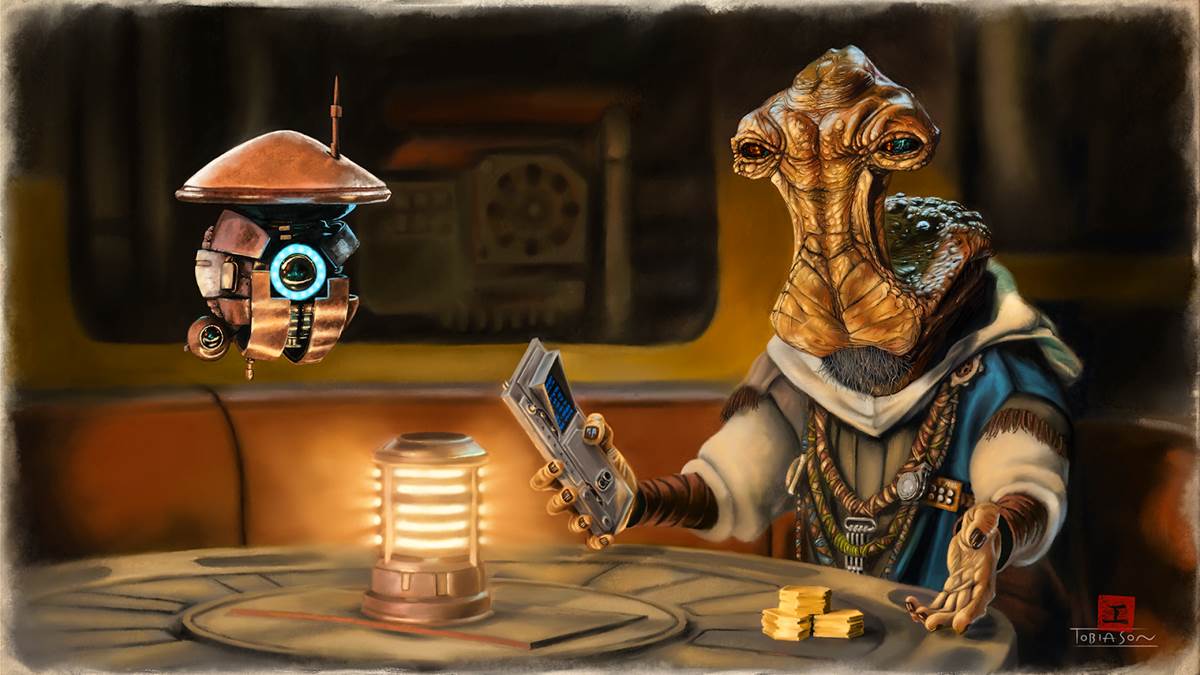 Anyone who has visited Star Wars: Galaxy’s Edge at Disneyland Resort or Walt Disney World has likely met Dok-Ondar, the Ithorian proprietor of Dok-Ondar’s Den of Antiquities, the unique merchandise shop within the highly themed land on both coasts.

And now fans of the character will have the opportunity to interact with him in a whole new way: via the VR experience Star Wars: Tales from the Galaxy’s Edge, which launched last fall on the Oculus Quest platform and will continue with Part II later this year. This week Lucasfilm’s in-house interactive experience developer ILMxLAB revealed new concept art for Dok-Ondar’s appearance in Seezelslak’s Cantina on Batuu. All images courtesy of ILMxLAB.