The Mandalorian season 2 may have ended over six months ago (and we currently have no idea how long the wait is going to be until season 3), but that doesn’t mean it’s not a great time for the popular toy company LEGO to announce more Star Wars building sets inspired by the hit Disney+ series from Lucasfilm. 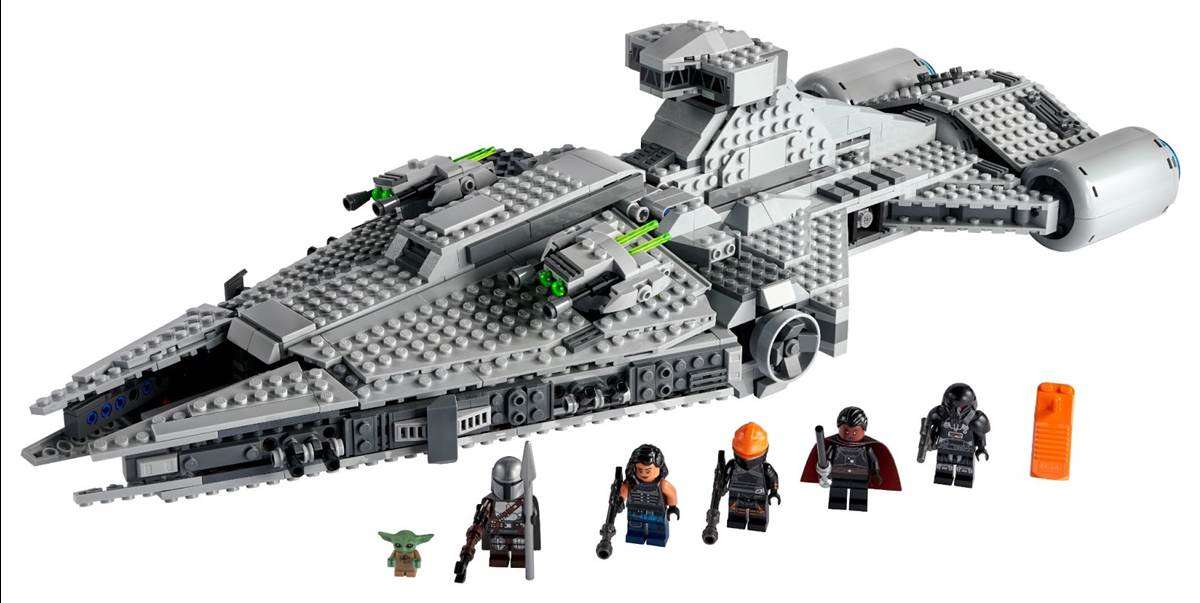 Below, check out three exciting and newly revealed LEGO sets with characters and vehicles straight from the second season of The Mandalorian, all revealed during today’s LEGO Con virtual fan event.

Up first is the LEGO Star Wars Imperial Armored Marauder, which retails for $39.99 and contains 478 pieces. This set replicates the Imperial Troop Transport vehicle seen in The Mandalorian Chapter 12 – “The Siege” and includes LEGO minifigures depicting the characters of Greef Karga, a new-for-2021 Artillery Stormtrooper, and two standard Imperial Stormtroopers– plus weapons and accessories. The buildable Marauder model has four stud shooters, including two on the rotating rear turret, two non-shooting foldout blaster cannons, a cockpit, and a cabin.

Second is the new LEGO Star Wars Boba Fett’s Starship (better known to fans as Slave I), which retails for $49.99 and contains 593 pieces. This ship was first seen in The Empire Strikes Back, but also showed up in several episodes of The Mandalorian season 2. The LEGO set includes minifigures of Boba Fett with his blaster rifle (in his post-Return of the Jedi armor) and Din Djarin with his rifle and the famous beskar spear, plus a carbonite block containing what looks like a Gamorrean prisoner. The starship has a handle for easy flying, an opening cockpit, rotating wings, two stud shooters, two rotating but non-shooting dual blaster cannons,and a compartment for the carbonite brick.

It also includes a transporter vehicle to move the starship on the ground in play scenarios– this makes a great display stand for builders to show off their creation in an upright flight position.

Lastly (but definitely not least) is the LEGO Star Wars Imperial Light Cruiser, which retails for $159.99 and contains 1,336 pieces. This cruiser serves as Moff Gideon’s flagship in The Mandalorian, and includes a minifigure of the warlord character– along with the sought-after Darksaber– plus a Dark Trooper, Fennec Shand, Cara Dune, Din Djarin, and Grogu. The starship features a bridge that doubles as a handle for flying, two rotating turrets with spring-loaded shooters, two mini TIE Fighters with a launcher, plus a hatch to access the cabin.

These three new LEGO Star Wars The Mandalorian sets will be available on Sunday, August 1, but you can visit the links above to pre-order the sets from LEGO.com.