Disney has shared a first look at what Guests can expect when traveling through Orlando International Airport (MCO) in celebration of Walt Disney World’s 50th anniversary. 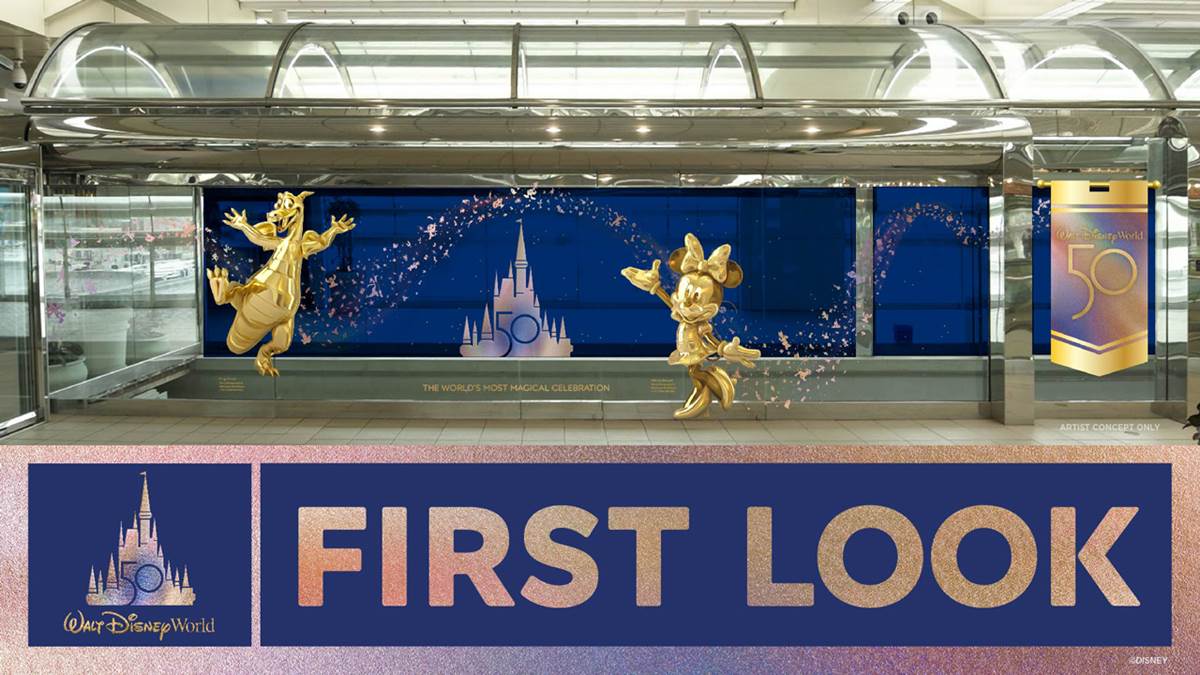