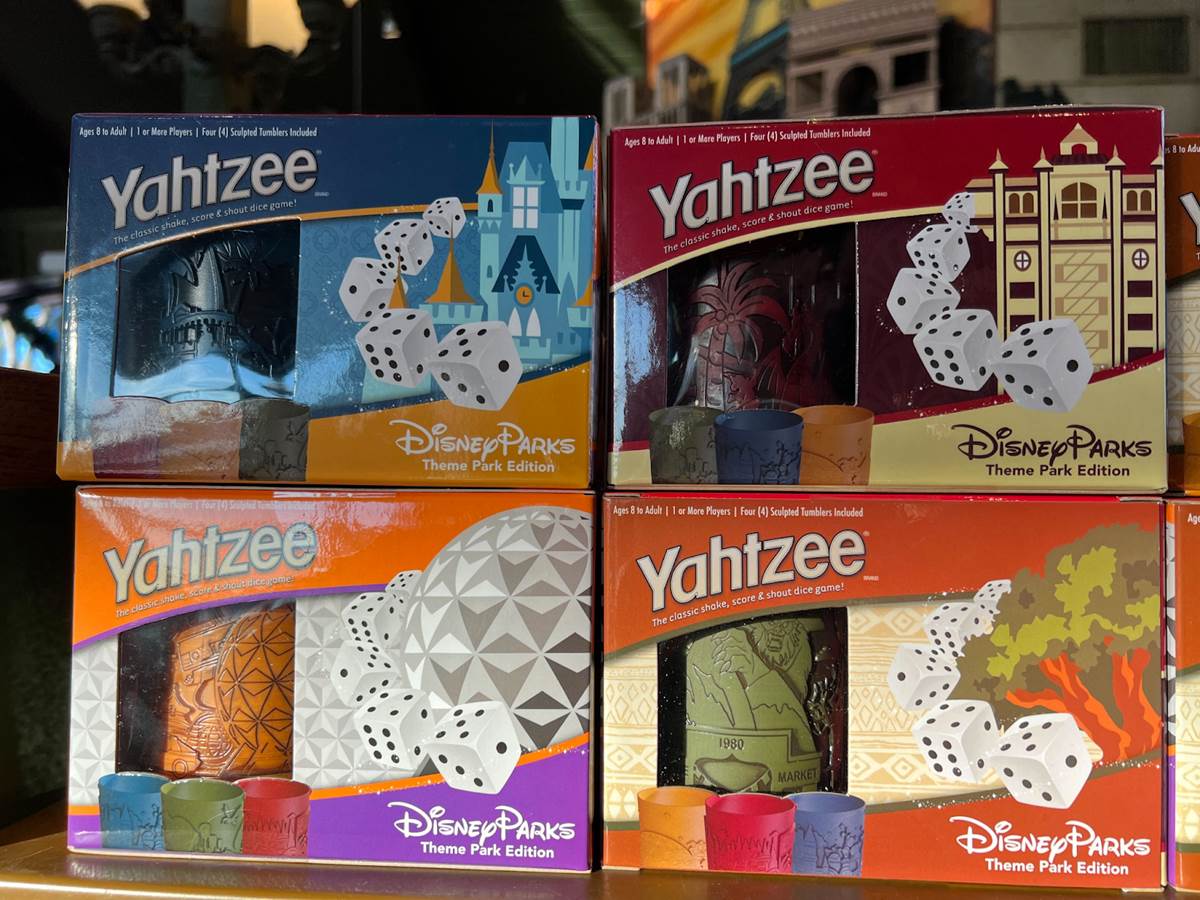 The box features fantastic artwork for each of the four parks, along with a glimpse of the intricately themed cups used in the game.