The new Disney Wish cruise ship hit the water for the first time last week when it floated out of an enclosed building dock at the Meyer Werft shipyard in Papenburg, Germany. Today, Disney released their own video showcasing the “float out” of this massive new addition to the Disney Cruise Line. 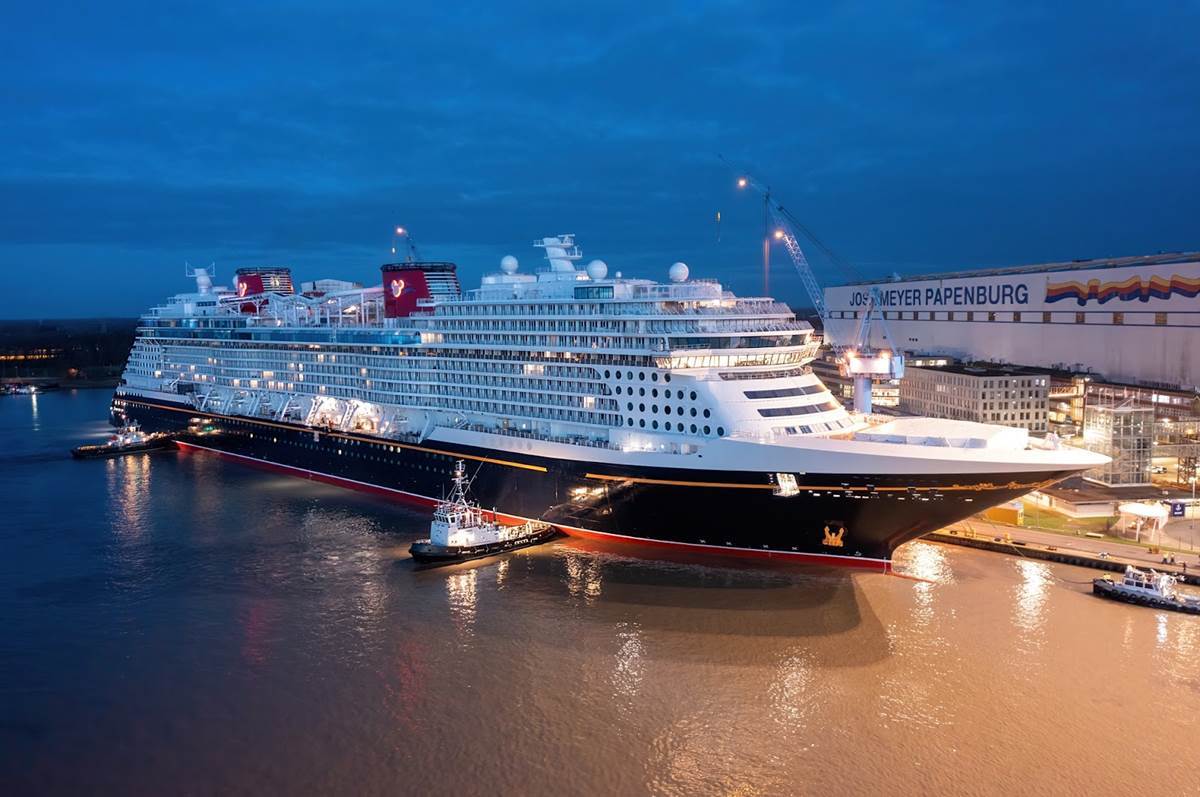