From the new Marvel Original series on Disney+, Moon Knight, you can now listen to a piece of music from the series streaming now from Hollywood Records. 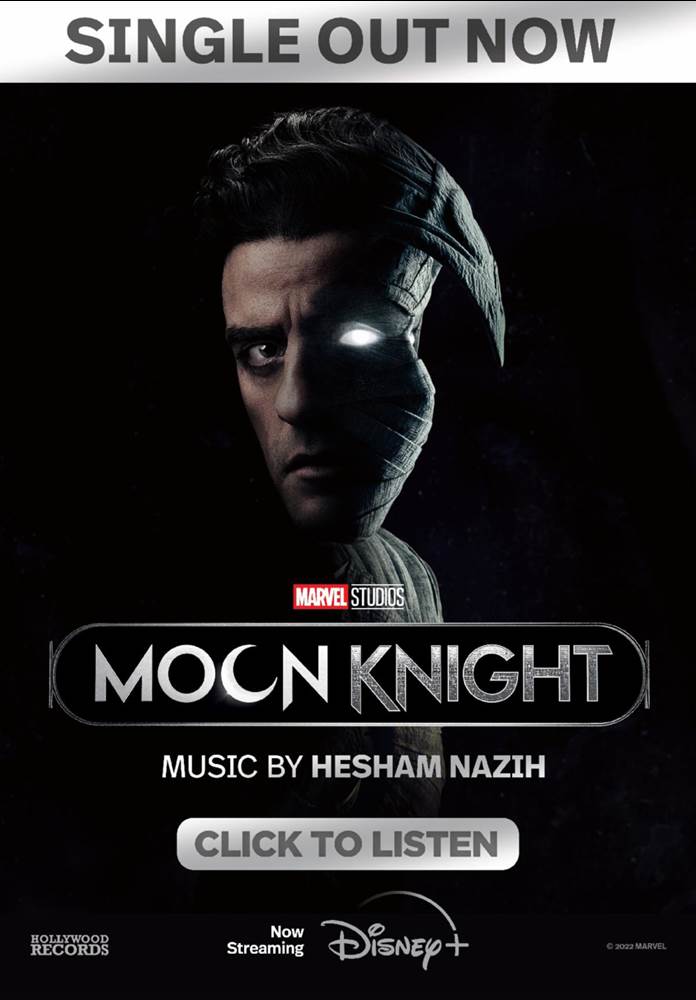